Market research on the market for organic products

Home » Marketing » Market research on the market for organic products

Online market research conducted with 20,000 French respondents in December 2020 shows that the organic market is in a deceleration phase. Consumers spent 20.6€ more on organic products in 2020, against 23€ more in 2019. The global envelope for organic products reaches 239€ per year and household.

Therefore, the growth of the organic market would no longer seem to follow the same growth rates as in previous years.

The latest statistics on the organic market show a contraction in 2021. This confirms our 2020 hypothesis of a change of course. We estimate that the share of the household budget devoted to purchasing organic products will not exceed 10% in the long term (it is 6.4% in Germany and 6.5% in France). 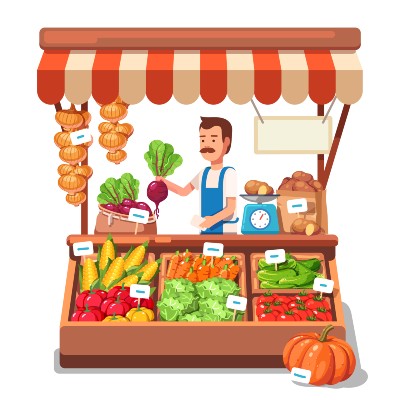 As the demand for organic products increases, producers are also increasingly offering, producing and selling natural products. In 10 years, certified ecological areas have doubled in the European Union. Germany and France will increase from around 1 million hectares of organic land to 1.5 million and more than 2 million hectares, respectively between 2013 and 2018. There has also been an increase in organic hectares in Italy and Spain from 1.3 million and 1.6 million hectares respectively to 2 million.

In its dossier on the organic market, the European Parliament states that 54.4% of the EU’s organic acreage will be dispersed among these four countries in 2016 (16.9% in Spain, 15.1% in Italy, 12.9% in France and 9.5% in Germany). The trend seems to be continuing with Spain and Italy leading the way (around 2 million hectares cultivated organically in each country) followed by France (1.5 million hectares) and Germany (1 million hectares).

According to Agence-bio, the most abundant organic market in Europe is Germany, followed by France (7.5 billion in 2016) and Sweden (the market share of natural products reached 8.7% in 2016). However, the German observatory BÖLW (Bund Ökologische Lebensmittelwirtschaft) details that, in proportion to the food market, Denmark is in first place in terms of organic products purchases with 9.7%, followed by Luxembourg (8.6%) and Switzerland (8.4%). 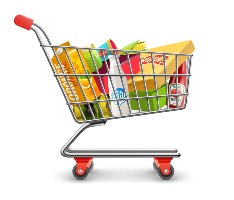 As mentioned above, the three countries that consume the most organic products are Germany in the lead (€10.9 billion turnover in 2018), followed by France (€9.7 billion) and Italy (€3.6 billion). 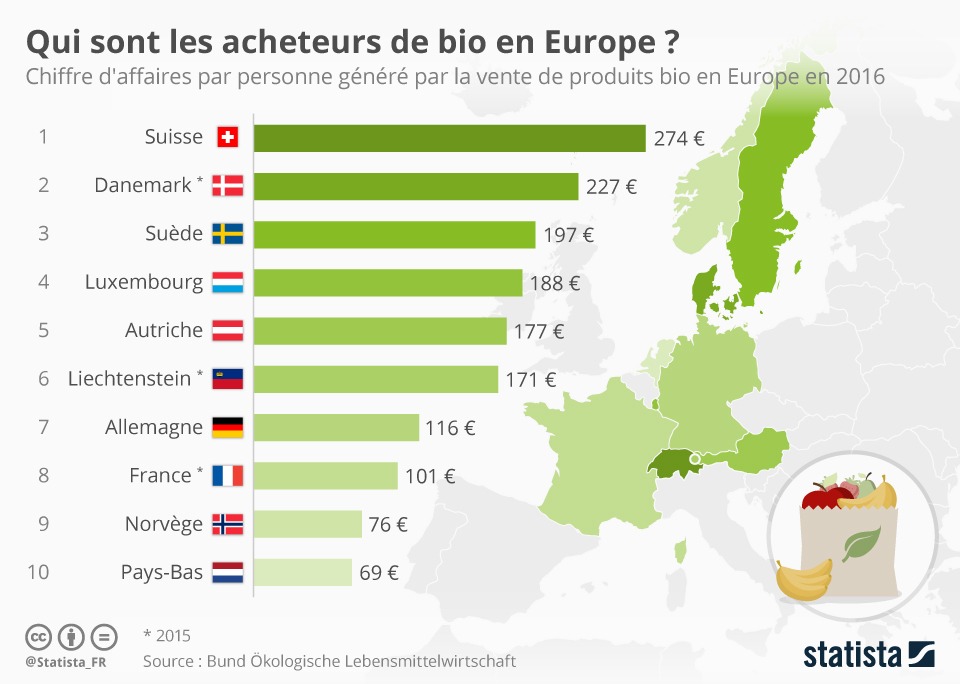 In 2018, Europeans would have spent an average of €40 per year per head, on organic products, compared to €60 for EU citizens. This represents a total of €33.5 billion spent on natural products in Europe, which means €30.7 billion in the European Union.

In France (in 2019), according to the Agence-bio, 71% of French people would buy an organic product at least once a month and nearly 17% of them would be new consumers. In Belgium, on an annual basis, 71% of people would buy an organic product (mainly vegetables) at least once a year. In Denmark, organic represents 13.3% of the market share, the highest percentage in the European Union.

In Belgium (and as in the rest of Europe), the most consumed products are fruit and vegetables at 40% by far ahead of meat, fish or dairy products, bread and cereals.

According to an article published by Gondola and using official statistics on organic farming in Belgium, the first consumers are single people (of all ages) and well-to-do households. Well-to-do families make 50 % of organic purchases with children and well-to-do pensioners. Conversely, modest households with children represent the smallest group of buyers (1.6%).

The question arises as to what the purchase of organic products means compared to the purchase of non-organic products, but also as to whether there is a sufficient and diversified supply. There are many price comparisons, Que-Choisir? has numerous references in its file on organic food. In any case, the Gondola team did the test in Belgium to understand which of the major distributors is the cheapest when it comes to selling organic products. Colruyt comes out the winner in this comparison, Carrefour being 1.5% more expensive, Albert Heijn 5% more expensive, Delhaize 11% more costly and Bio-Planet 4.7% more expensive for a similar and comparable basket.

The consumers’ perception of organic products

The European Parliament takes up the data disseminated (2017) by many organisations in an article and reveals what European consumers perceive behind the term “organic”, what it evokes for them:

The questioning and percentages are reflected in the field, be it for studies in the FMCG food industry or when the question of the organic label arises. Indeed, we detect, internally, by carrying out various and varied research, that consumers generally adopt two very distinct behaviours towards natural products and labels. We find the consumer reassured by the label that he considers a guarantee of commitment, quality and respect for the environment and the sceptical consumer who can no longer find his way around all these different labels. 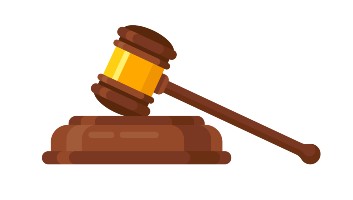 The organic label has been compulsory since 1 July 2010. It applies to European organic products and guarantees that they comply with the European Union regulation managed by the European Commission.

These regulations apply to agricultural products, aquaculture and yeast; from production through processing to sale.

It is based on the following requirements:

The stringent rules require farmers to refrain from placing animals that have not been raised following organic regulations on their farms.
In general, producers, breeders and farmers must ensure the well-being of the soil, plants and animals. It should be noted that the regulations do not apply to fishing and hunting in the wild.

Managed by independent structures within Europe, there are several labels. The creators of the online grocery store “Kazidomi” that we interviewed (find the video on our YouTube channel), have listed 15 of them.

Among them, the AB label which must respect the European rules in force, “Nature et Progrès”, “Equitable Ecocert” which prohibits, among other things, cultivation in heated greenhouses and requires respect for workers and their working conditions. “Bio Cohérence” which goes beyond European laws and requires that activities be 100% organic or in conversion to organic. This label also places a strong emphasis on animal welfare.

As we can see, hypermarkets and supermarkets, in general, are the pillars of the distribution of products from organic farming, following the example of the international group Colruyt.

According to Colruyt’s annual report (most of whose turnover is generated in Belgium, France and the Grand Duchy of Luxembourg), the attention paid to product quality and sustainable agriculture is particularly important. It is based on the observation that more and more consumers want to eat healthy and local food.

The turnover of three of the Colruyt Group’s divisions, including Bio-Planet, amounts to 952.9 million for the year 2018/2019, an increase of 4.9% compared to previous years.

To perfect its position on the Belgian market, Bio-Planet relies on sustainable innovation with innovative products such as aromatic herbs from vertical farming, zero waste pork and vegetarian burgers based on Belgian soya.

Read also
Market research: the 5 trends that will shape the future of retailing

One year ahead of schedule, Carrefour has achieved its “Act for Food” objective to support farmers, breeders and winegrowers in their conversion to organic farming, with 540 support contracts signed in France since 2018 (+300 in 2019, including 100 in the last quarter).

Carrefour has reformulated more than 2,300 own-brand products since the beginning of the plan to improve its quality. Glutamate, for example, has been included in the list of controversial substances removed from all Carrefour-branded products.

Stores and platforms specialising in organic products are also flourishing. Most of them see themselves as a sustainable alternative to mass distribution.

In Belgium, KaziDomi (see our YouTube channel), l’Alimentation géniale or Färm, efarm and other platforms have been working for several years to impose organic on the market based on ecological, economic and societal commitments.

Created in 2013, Färm, a cooperative member of IFOAM (International Organic Agriculture Association), is one of the most striking examples of the will to reform the food market through organic farming and to eat better. In particular, it is calling for “100% pleasure, responsibility and solidarity” through the strengthening of ecological criteria at the European level and close cooperation between producers, processors and consumers. One of their means of action is crowdfunding (or participatory financing). 150,000 euros have been collected in 2018 and have made it possible to carry out many local projects.

KaziDomi, an online sales site, also wants to offer alternatives to mass consumption and products considered “bad” for the health. It provides foods selected by doctors and nutritionists. Emma Everard, its creator, also relies on cooperation and subscriptions to achieve its long-term goals.

The independent sectors, therefore, do not yet have enough to frighten the hyper-consumers, who have considerable resources at their disposal. This is despite the many citizens or institutional initiatives and ideas to give a new lease of life to the food market as a whole.

As we have seen throughout this article, the food market is growing in size and increasing its weight in the shopping basket and the minds of consumers. On average, Europeans spend €40 per year per head on organic food products. This basket has only increased in recent years with the emergence of new specialist retailers and the involvement of large retailers.