Shrinkflation: the new commercial strategy of brands to increase prices

In this time of record inflation, you may have noticed something strange while shopping. After scanning the labels on the shelves, you noticed a change in the price and size of the products. In this case, prices are going up, but quantities are going down. This pricing technique, used by brands such as Lindt or Kiri, is called shrinkflation. The practice is denounced by several consumer protection associations, such as foodwatch France or Codacons. Many actors in the food industry use this technique: we present 9 of them in this article.

Enjoy our industry expertise for your marketing studies

What is shrinkflation? Where does it come from?

Shrinkflation is when you reduce the quantity of a given product while keeping its original price or even increasing it. It is a strategy adopted by more and more food groups, especially in times of inflation.

The phenomenon is in the spotlight in 2022 but is not new. Shrinkflation has already been around for more than 20 years. It is notably boosted by inflation, the increase in the cost of raw materials, and the introduction of new taxes.

Despite its dubious character, this technique is completely legal! However, this does not mean consumer protection associations will let it happen. Shrinkflation supporters are faced with a fait accompli while the perceived confidence of the consumer decreases.


9 examples of products prone to shrinkflation

Widely discussed in France in recent weeks following the foodwatch dossier, the case of Lindt is being debated. Over the last two years, the Swiss brand’s milk Truffles have gradually shown signs of shrinkflation. In this case, portions have decreased from 30 to 24.

In addition, the product’s price has also changed: it has increased by 4% since 2020. The consequence is strongly felt on the price per kilo: +30% in 2 years.

Haribo and shrinkflation: these are distinct methods for two different domestic markets. Here, Color-Rado candies are singled out.

In Switzerland, the package price is changed (upwards, of course). To be exact, Haribo’s instructions to Swiss retailers now indicate a higher recommended price. According to 20 Minutes, “some Haribo sweets now cost between 4% and 8% more” than before.

On the other hand, Haribo has adopted an alternative method in Germany since the quantity decreases, and the price does not rise. We are talking about 11 fewer candy bites per pack of Color-Rado. 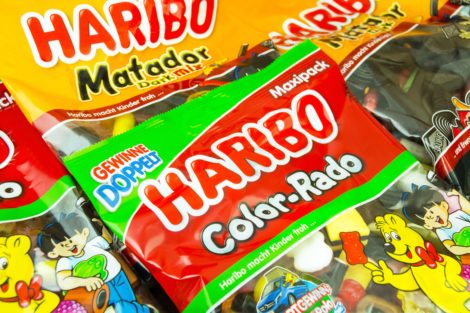 The Happy World of Haribo, but especially smaller (source: Shutterstock)

Kiri and its reduced portions of cheese

Also questioned by foodwatch, Kiri has allegedly resorted to shrinkflation to reduce its production costs. Indeed, the brand decided in early 2021 to reduce the size of its cheeses. Weighing today 18g, the portions of Kiri were 11.1% bigger 18 months ago.

On the price side, Kiri differs from Lindt because it has not touched the price of its products. Only the price per kilo has been impacted by this product change: +11% since 2021.

Little known in Europe, Hershey’s Chocolate Kisses are a recognized example of shrinkflation in the United States. The brand has adopted the same method as Kiri cheese. It only touches on the quantity without altering the product’s price.

Melissa Poole, vice president of investor relations at Hershey, will even say:

Hershey is reducing the size of its packaging while maintaining a similar price point to keep customers who only have to spend $3 for a bag of Chocolate Kisses, instead of $5 or $6.

Gatorade opts for a change in packaging

Then, the example of Gatorade is slightly different. The American energy drink was accused of shrinkflation when it changed its packaging. American consumers, unfortunately, found that their favorite drink had lost ⅛ of its volume. Of course, the selling price had not decreased; on the contrary: it was even higher!

Its owner PepsiCo then defended itself from any shrinkflation practice. It even assured that Gatorade had planned this packaging change for years.

Cadbury’s Dairy Milk bar is also a victim of shrinkflation

March 2022: in the middle of the war in Ukraine, Cadbury uses shrinkflation for its Dairy Milk.

The bar then saw its quantity drop by 10%, for an unchanged selling price. This is a typical case of a conflict with global consequences. Energy prices, ingredient prices, and production chain costs have all increased recently. In any case, these are the arguments used by a brand spokesperson to justify this practice.

We understand that consumers also have to deal with rising costs (…) But, in this challenging environment, we have had to slightly reduce the average weight of our Cadbury Dairy Milk bars.

Too much inflation, not enough Nescafe Azera

Nescafé is not immune to shrinkflation either to maintain decent profits. Azera soluble coffee has undergone the same changes as Cadbury’s Dairy Milk. We’re talking about a 10% drop in quantity for a price that hasn’t moved one iota.

Beth Schubert, a co-founder of Own The Grill, is one of the consumers affected by this policy change produced by Nescafé. She says Nescafé admits to shrinkflation. The spike in coffee bean prices over the past year is believed to be the reason for this decision. 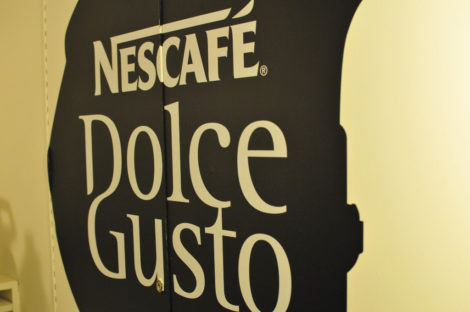 Domino’s makes its savings in chicken

Finally, Domino’s stands out from the crowd of brands using shrinkflation. For a good reason, the fast-food franchise is taking this choice seriously.

On this subject, the American entrepreneur Charmaine Chan assures us that it is not an isolated case. Faced with rising chicken prices, the American restaurant owner’s pizzas now contain fewer wings. Specifically, we are talking about a 20% reduction in the amount of chicken in a pizza at Domino’s.

Barilla denies any practice of shrinkflation

In Italy, Barilla finds itself in trouble following accusations of shrinkflation. Indeed, some consumers have noticed that rigatoni sold at various times did not have the same weight. 454g against 410g; this corresponds to a 9.7% decrease in the quantity of pasta for Barilla.

Consumers are very attentive to these cost-cutting practices. Brands must therefore be able to explain themselves clearly and quickly when they are accused of shrinkflation. 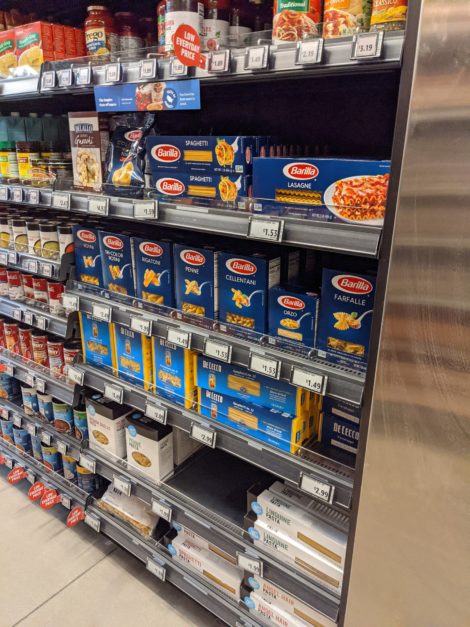