This Delhaize supermarket has been turned into an Urban Art temple

What can be done with an abandoned supermarket? A temple of urban art? In any case, this is what Alexandra Lambert and Fred Atax of the Strokar association, who initiated the artistic project around a former supermarket in Brussels, asked each other. And the very least we can say is that this has been a success. Follow us today on a tour of this unique project and read this article right to the end to find out the latest on the legal developments surrounding this project.

It was as part of a move to a new retail outlet a few meters away that the Delhaize supermarket chain closed its shop located at 569 Chaussée de Waterloo.

The Strokar association has transformed the premises into a temple of urban art (Urban Art). Inviting well-known artists such as Jean-Luc Moerman (whose work we had already covered in partnership with Citroën / DS) and the American artist Kool Koor (whose real name is Charles Hargrove) to express themselves on the grounds of the former supermarket. Several of these works can also be seen in in the streets of Brussels, such as Rue Blaes, for instance.

On the inside of the former supermarket, the works are spread over 2 floors and have taken over every corner. The area where the cash registers were located is now the most extensive area where a bar and a few chairs have been installed for the visitors’ refreshment. The most spectacular part, however, remains the former car park, whose spiral staircase has been animated. Different artists have contributed; the styles are converging and with some recalls.

On 23 November 2018, the ex-supermarket was the scene of a dramatic media-legal upsurge. A temporary exhibition Banksy was organised there from 08.11 to 30.12 and was denounced by the artist himself, leading to legal proceedings and the sequestration of the disputed creations. It appears that the company that originated the loan did not hold the rights to these artworks.

A total of 10 illegal exhibitions of the same type were reported by Banksy: Moscow, Miami, Milan, Amsterdam, Toronto, Istanbul, Berlin, Melbourne and 2 organised in Belgium in Antwerp and Brussels. 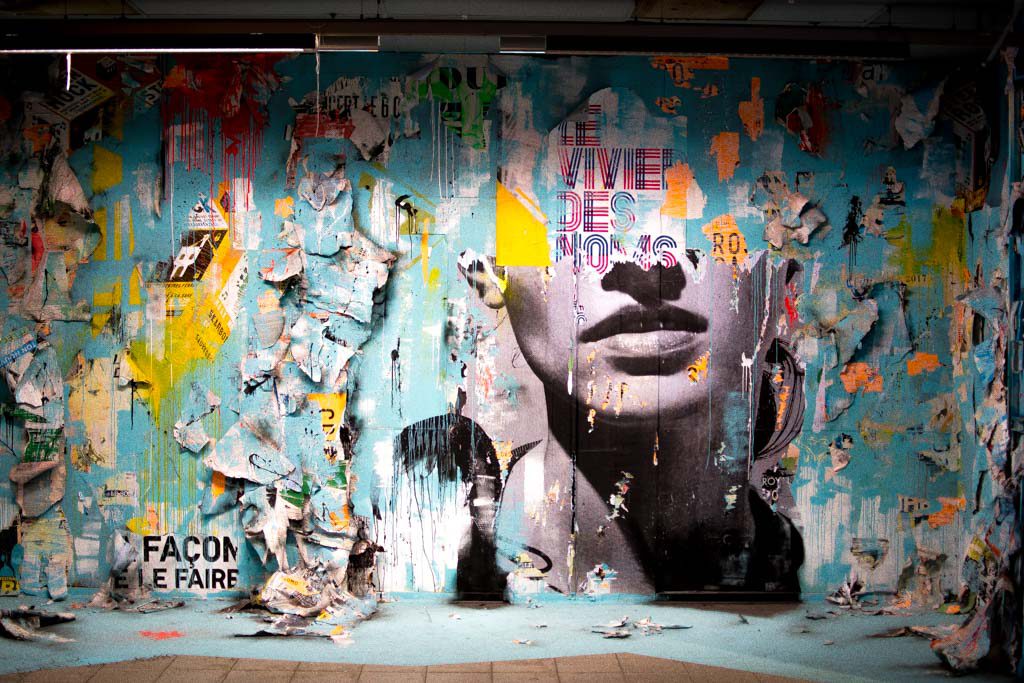 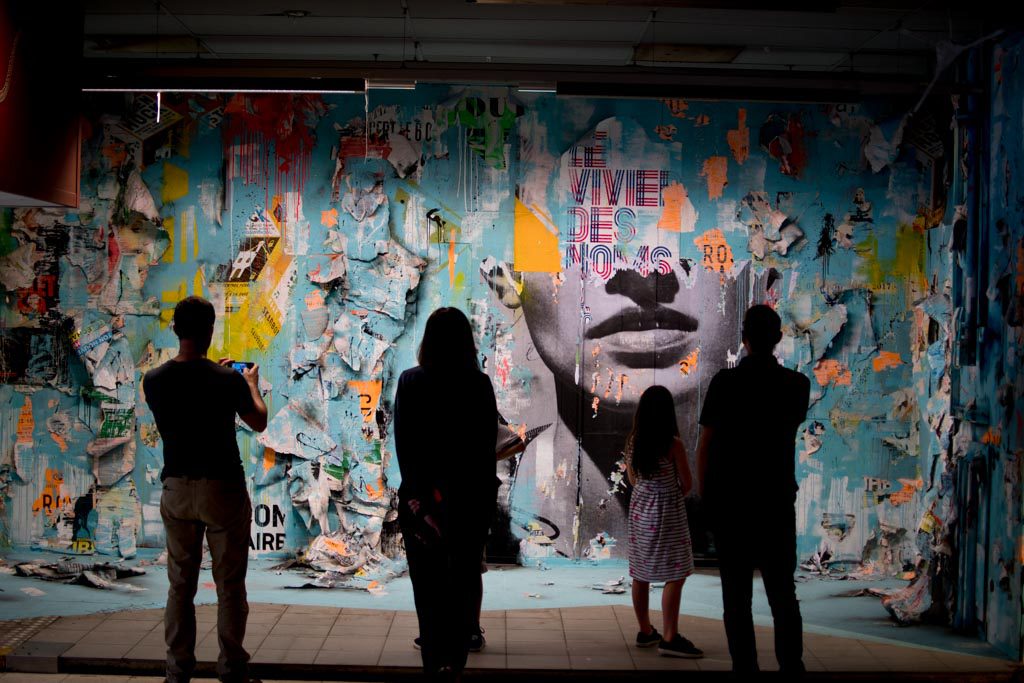 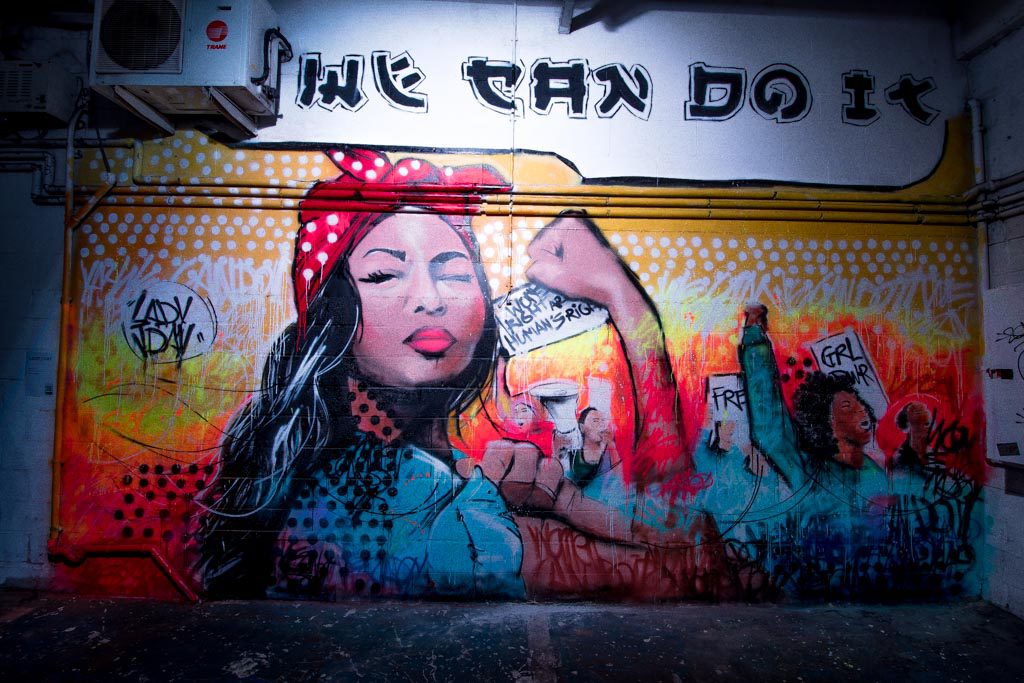 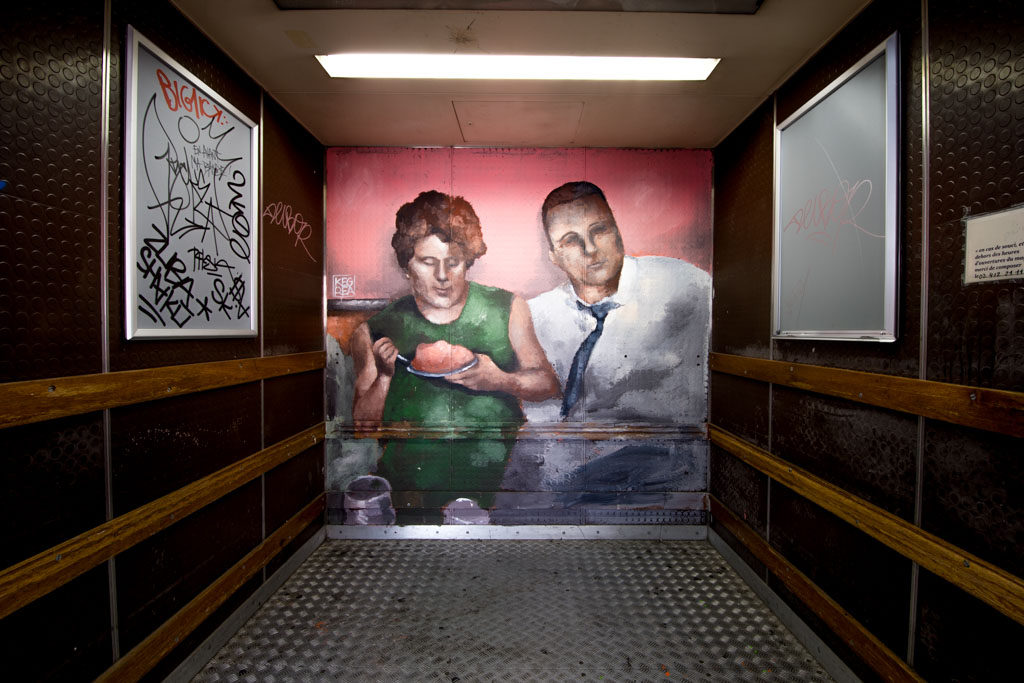 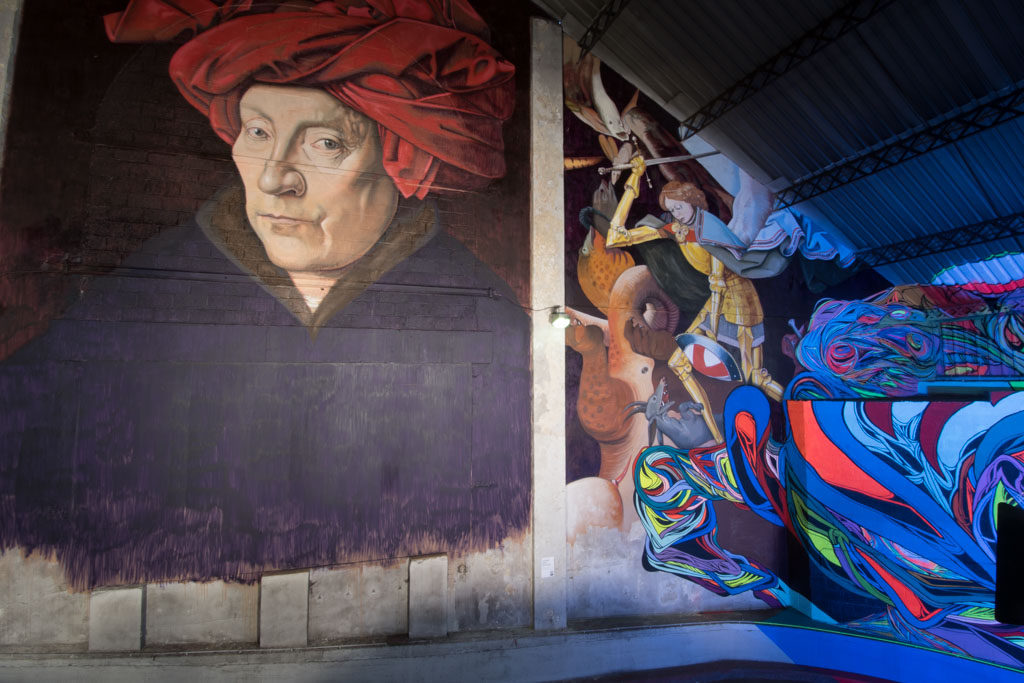 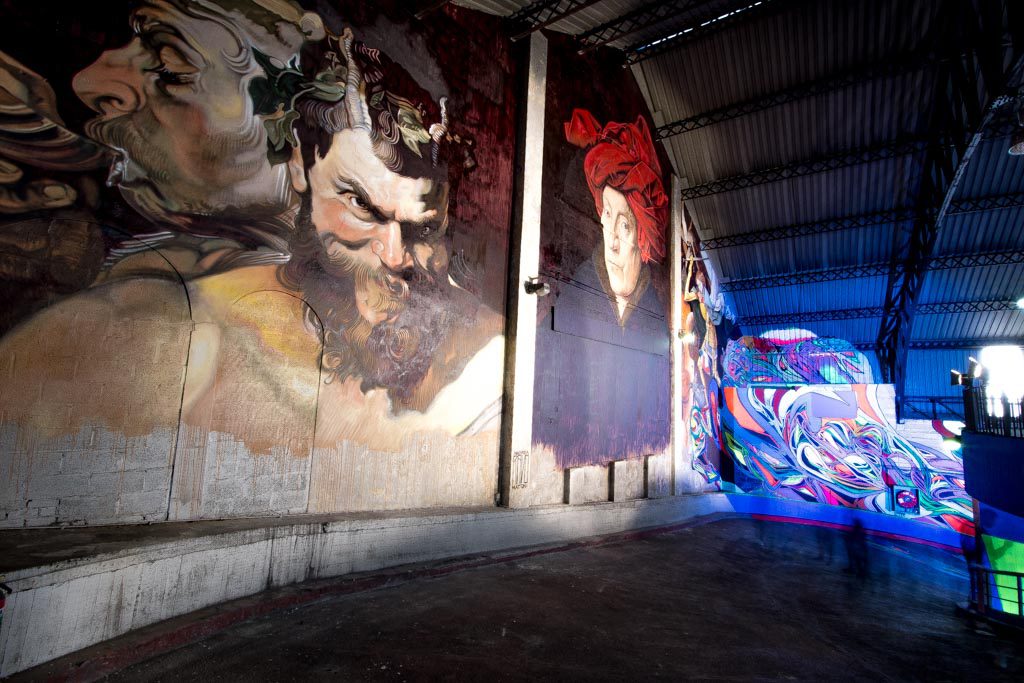 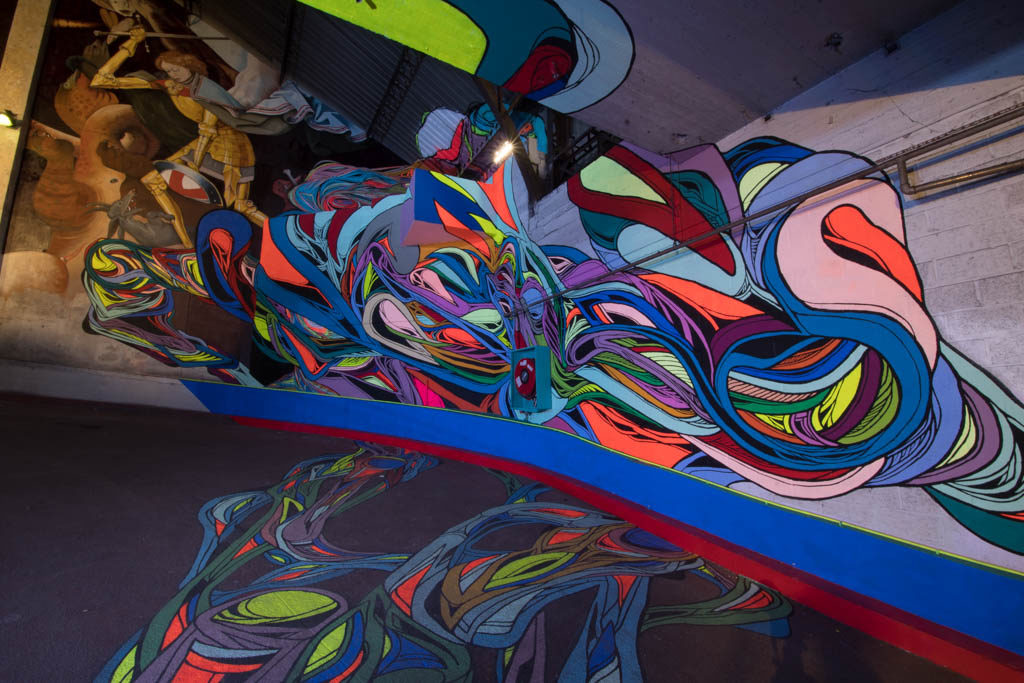 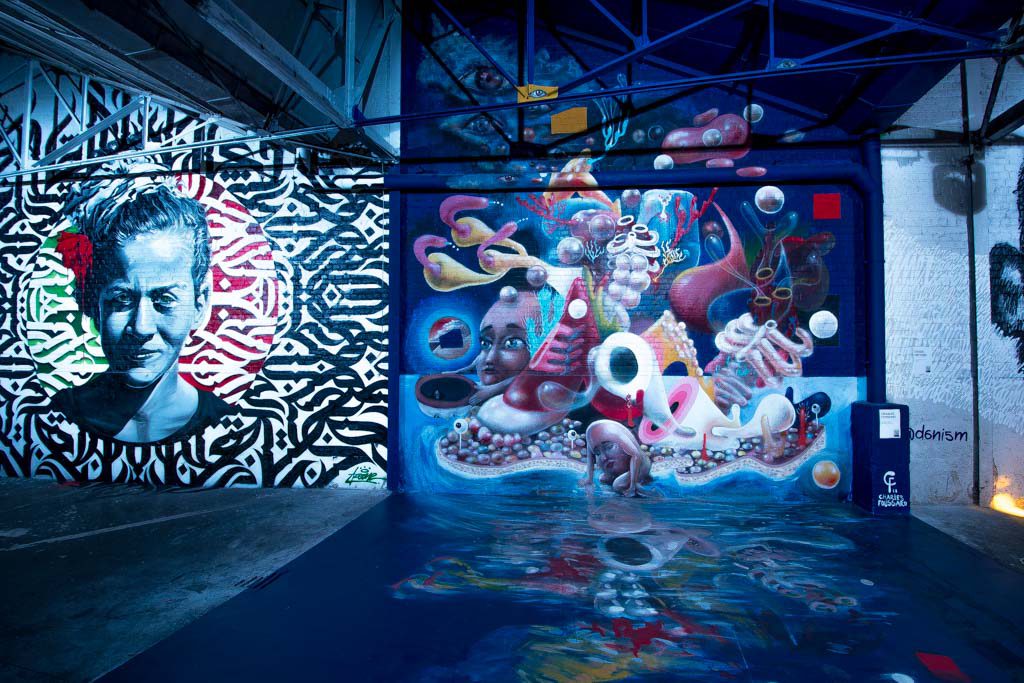 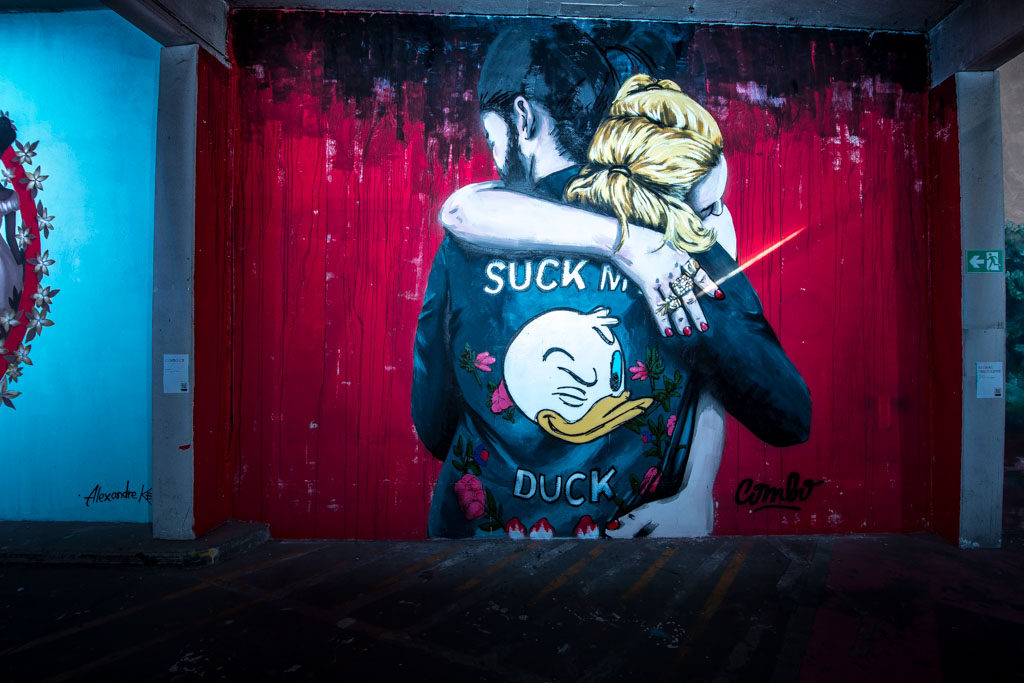 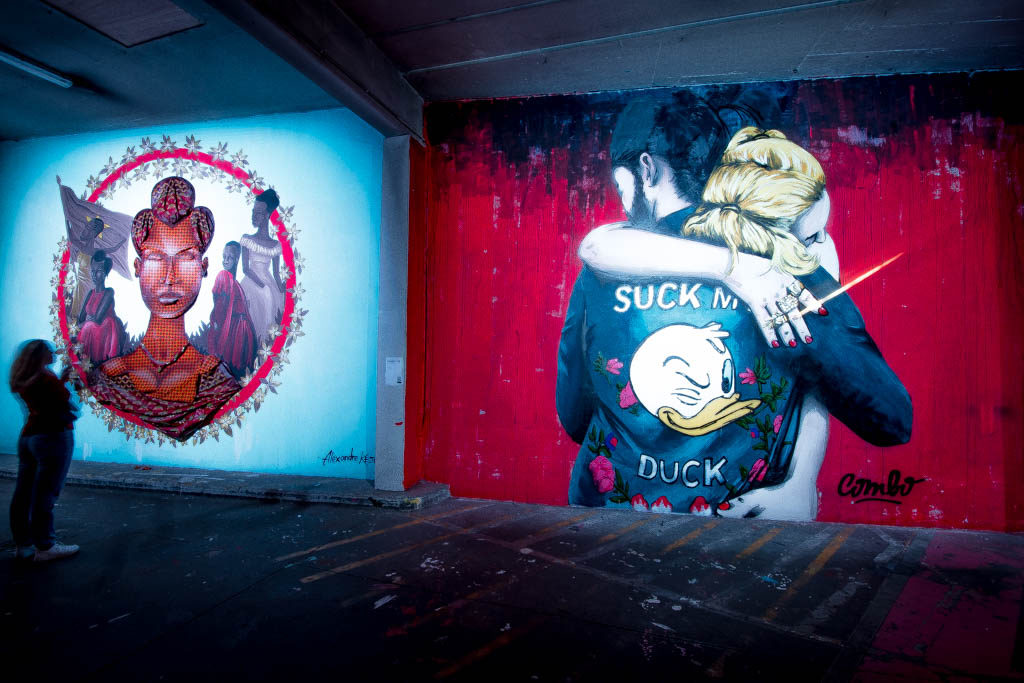 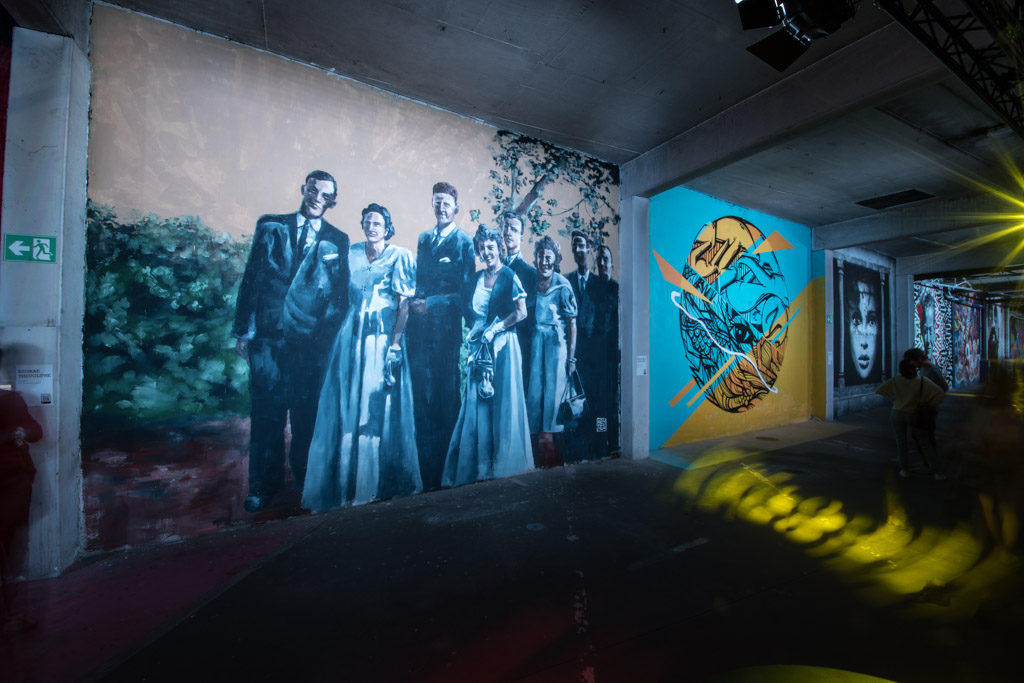