Pricing is the technique that aims to set the best price for the company. The ideal pricing maximizes the company’s profits while minimizing the risk that the customer perceives it as too high. It is, therefore, a subtle balance that you must achieve. In this article, we present 6 mechanisms you can use to influence the price perception in the customer’s brain. Some of them you will already know, others less so. Awareness of their influence is a first step to optimizing your pricing.

You will find at the top of this article a table summarizing the different mechanisms we discuss, followed by explanations that we detail in the rest of the article.

The 6 pricing mechanisms in a nutshell

Alba and al. (1994) showed that the purchase context influenced price perception in a series of experiments. In other words, the store, it’s advertising, and your perceptions of it are all factors that can distort your perception of the prices charged.

A store repeatedly and consistently claiming to be the cheapest will anchor this idea in the consumer’s brain. A favorable perception will be created, dominating the factual elements on prices.

This technique is effectively used in retail by multiple brands around the world. In Belgium and France, the retailer Colruyt positions itself as offering the “best prices” and states this on all its communication media, including its sales outlets themselves.

In the United States, “penny stores” are legion and have sometimes built empires. Frank Woolworth, for example, built a huge fortune by opening more than 1,000 stores proposing fixed-price items. Although his empire has disintegrated, his marketing legacy remains as many brands still apply his recipe. 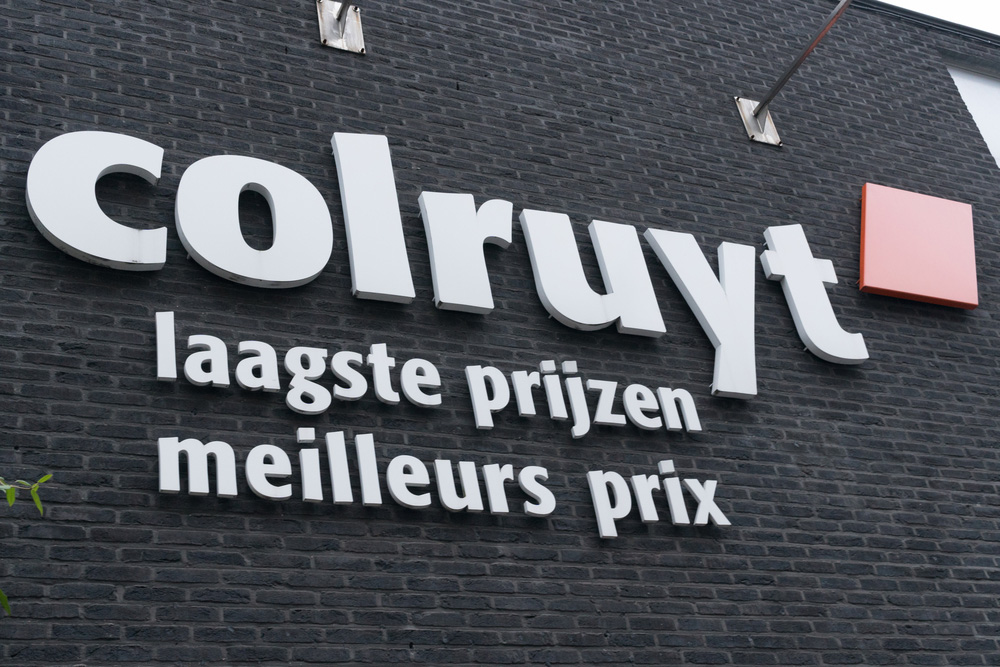 Colruyt is a Belgian retailer also present in France. Its communication hammers home the fact that it offers the lowest prices to consumers at all times. This promise is part of its logo and is therefore written on all communication media, including the stores.

Frequency and “depth” of promotions

Alba and al. (1999) explored how this “cheaper” image could be created in the consumer’s mind. Their research compares two pricing strategies: the frequency and depth of low prices. The “frequency of low prices” strategy often consists of items with a small promotion. The “depth” strategy is to have a few items with a large promotion. Regardless of the company’s positioning (low-cost or premium), the results show that the frequency strategy is the most effective. To give the consumer the impression that your brand is the cheapest, you will have to propose frequent small promotions on a wide range of items. This is exactly the strategy that the Belgian retailer Colruyt pursues with its “red price” strategy and quantity discounts.

It is more efficient to express the price of an option as a difference rather than as a total price. This was shown by Alard and al. (2019) in a series of experiments.

The explanation for this phenomenon lies in how our brain works, focusing on the option price and unconsciously comparing it to the base price. The option thus appears to be (largely) cheaper, which favors its choice.

There are many examples of this technique, especially in subscriptions. The price difference technique was not used in the example below (hbr.org). The offer could have been written by proposing options:

The pricing of Harvard Business Review subscriptions is expressed as a total price. The price difference technique is not applied.

Avoid round prices (“Just Below Pricing”)

The round pricing technique has made the reputation of certain brands and the fortune of their creators (see the example of Frank Woolworth in the previous paragraph). But this pricing technique has probably been supplanted by the “just below pricing” technique, which consists precisely in avoiding round prices. You’ve all seen prices like that: 0,99€, 119,90$, 99,99€, 129£; … They have how to contain one or more “9” and to be just below a psychological limit (the unit, the ten, the hundred, the thousand, ….).

This technique effectively gives the impression of a lower price than the reality. The reason is to be found in the brain. Experiments have shown that the brain perceives a price like 2,99€ as significantly lower than 3€. In other words, while the difference is only 0.01€ (1 cent), the brain interprets this difference as being higher. The explanation lies in the reading of the price. We read from left to right, and it is, therefore, the number “2” that is read and encoded first. The brain unconsciously gives it greater importance than the numbers after it.

Psychological grounding is a phenomenon studied by Daniel Kahneman, one of the fathers of behavioral economics. In psychology, anchoring influences a human being’s response by manipulating the reference points used by his brain to make a decision. In pricing, you can manipulate consumer behavior by subjecting them to stimuli (reference prices, for example).

For example, Northcraft and Neale (1987) showed how the advertised price of a property influenced its monetary assessment. The price mentioned in the advertisement becomes a psychological anchor and will influence, upwards or downwards, the assessment that will be made. More precisely, the higher the price of the ad, the higher the property assessment will be. This effect is present among real estate professionals as well as among “amateurs.” It is, therefore, proof that technical skills are dominated by complex psychological mechanisms that “annihilate” any objectivity.

The applications of this technique in pricing are multiple. Sometimes, a number not directly related to the object is enough to influence the purchase. A “crossed out price” can thus send an unconscious signal influencing the purchase. This is what Nunes and Boatwright (2004) have shown in a series of experiments. Their results also showed that in auctions, the price of the previous object influenced the bidding price of the next object.

The prices of the past

In the example of the previous paragraph, the pricing is influenced by another piece of information that is temporally very short (the previous auction). But in some cases, the persistence of the information may extend over a much longer period.

For example, Caverni and Pris (1990) found that teachers who assess an assignment are influenced by the grades previously obtained by the students. This cognitive bias is also present in pricing when making a purchase decision.
Price variations can signal the purchase decision for regular purchases whose price is well known (think of the 80% of recurrent products you buy at the supermarket). Techniques are therefore used to “manipulate” the consumer’s choice. These techniques come back to the forefront, particularly during periods of inflation:

A rather striking example was given to us by Tropicana a few years ago. They reduced the packaging by 15% before leaving the price marker of a premium recipe at the same level as for standard products. 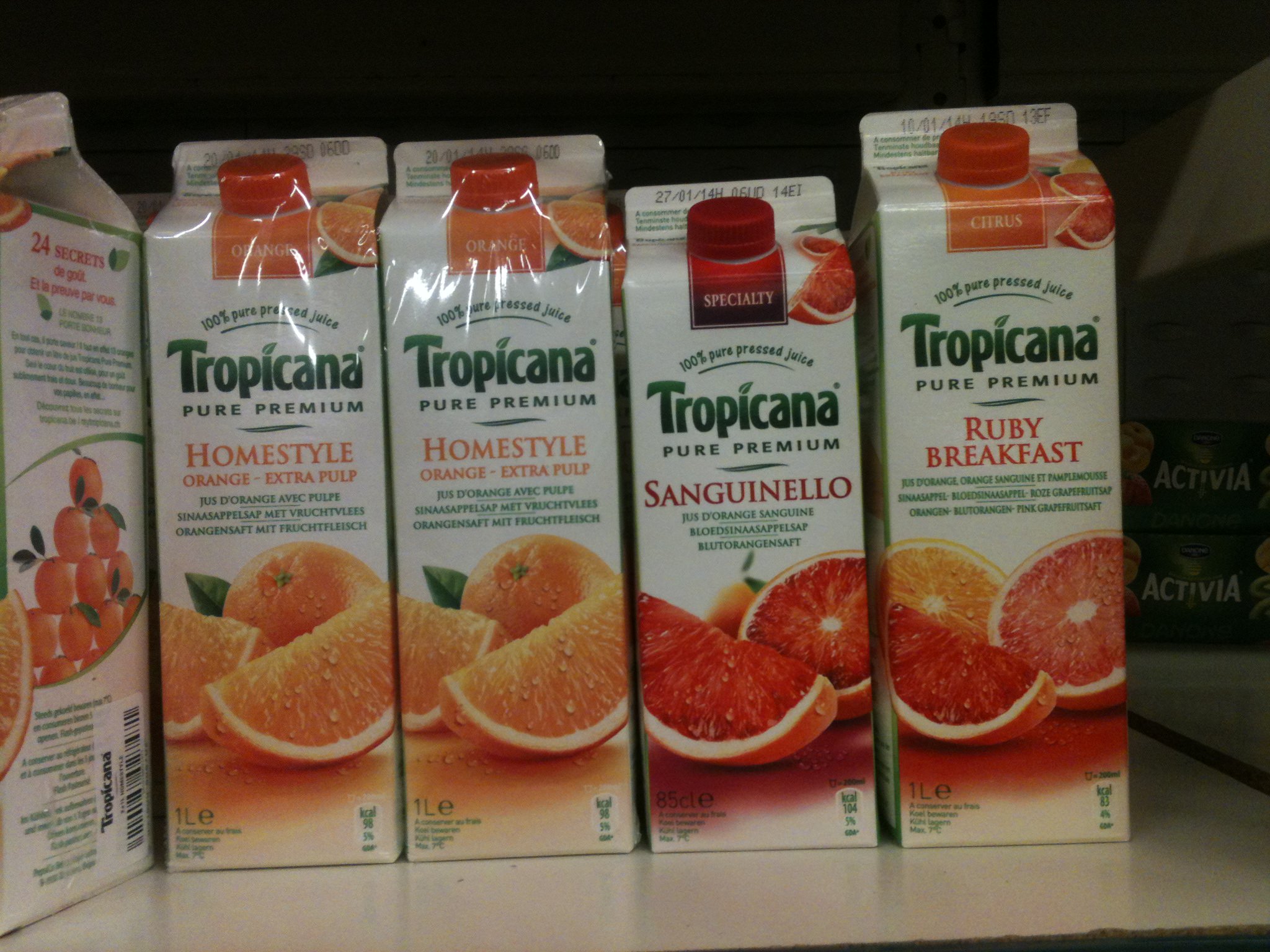