In this podcast, we continue our musings on advertising in general and digital advertising in particular (if you haven’t listened to it yet, we also recommend our podcast with Paul Lee, Director of Media & Telecom Research at Deloitte).

For this podcast, we have invited a media and advertising specialist in the person of Bruno Liesse. His 30 years of expertise in the field give us a comprehensive look at developments in the industry. Together with him, we trace a 30-year history that began before the liberalisation of advertising in 1989 and which today, with Big Data, leads to the total distribution model.

To make it easier for you to understand and get the most out of this exciting podcast, we have also summarised the main points below. 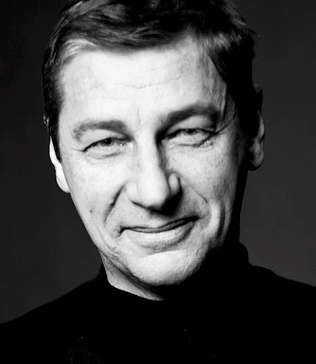 Indeed, it was not in 1989 that advertising was liberalised on Belgian television stations. RTL was already broadcasting advertising but administratively from Luxembourg. Thirty years ago advertising already existed through other old linear or physical media, namely posters and the press, cinema and other media such as radio too, but to a lesser extent than today. The situation in France was more or less the same.

The first stage of the liberalisation of the audio-visual sector in Europe is the factor that has enabled advertising to become genuinely professional for the Media part. It was also at that time, some thirty years ago, that in the various countries of Europe, media agencies came into being alongside advertising agencies. The latter was made up of specialists, experts whose job consisted solely of planning campaigns, buying media space and broadcasting the campaigns. This required in-depth studies and specialised software.

The Turn of the Nineties

In the French and Belgian advertising markets, we can observe a professionalisation, reflected in the establishment of new measurement tools. Previously, audience research in both Belgium and France was carried out using paper questionnaires and face-to-face surveys. In France, new technologies for measuring instantaneous advertising impact are emerging. Audiences were seen to change after a while, practically in real-time. This prefigured a little more the digital marketing that would appear 15 years later. Digital marketing arrived at the beginning of the 2000s, the beginning of the rise of Netvertising in Europe.

The industrialisation of advertising and the accompanying indicators has been a two-stage process over the last thirty years. Digital, a little like television in the previous business generation, will see an explosion of specialists whose responsibilities were at one time intended to be combined with those of the old media. And it didn’t work. So, once again, the sector created dedicated entities, which became real companies, with an explosion of possibilities rather quickly. For 3-4 years, it was the display formats (the “banners”) that dominated the investments. Digital marketing, namely netvertising, remained the icing on the cake in the media strategy. And after 3-4 years there was a form of acceleration, not least because the “contact cost”, which is the prime indicator in terms of advertising media planning, was extremely advantageous. It was indeed very inexpensive, compared to conventional television, to solicit a consumer with a message via online video.

The time budget of the media has increased considerably over the past generation. The time budget is the average number of hours a consumer spends per day on media exposure. So, the media has mainly been cumulative. Today, in Belgium as in France, we are still at the level of 3.5 hours of television exposure per day on average, while social networks represent 1.15 hours (notably through multitasking). It is estimated that around 40% of people manipulate their smartphone while watching TV. There has been no observable aggressive competition. On the side of the daily press, for example. 55% of contacts with daily newspapers per day are made via digital access, that is to say via apps and websites, whether they are free or paid content.

Media consumption varies according to age, interests, social conditions, contexts. This is where an important and relatively recent notion comes into play: the idea of engagement. If you are on your smartphone at the same time, watching TV, it is clear that your mental commitment, your psychic availability is not the same. In the same way that you don’t listen to the radio for 4 hours a day. As studies show, 75% of radio listening is distracting. The degree of commitment to content is of particular interest to advertisers and brand advertisers. Indeed, for an advertising message to be well memorised, exposure to the media, the so-called context, must be attentive and therefore engaged.

Towards which revenue model is advertising moving?

We are moving towards another model than the purchase commission, which has finally become a rather hollow and meaningless model, given the evolution of Big data. As far as the development of professions is concerned, we are moving towards a multi-specialist development. Despite the infinite possibilities of digital, linear media remain quite dominant in the plans, with 45 to 50% of the budgets. Digital marketing, part of which corresponds to the declination of the old media into a web platform, accounts for about 40%. The remaining 15-20% goes to public relations, sponsoring, and so on.

Today we can say that we can manage everything. Big Data, the netvertising of the time, taught us how to do exhaustive counts and how to be more concerned about performance. These are methodological approaches that we were able to apply to the so-called “above the line” media, that is to say, the mass media. Today, media agencies and advertisers, research consultancies, try to assign a weight to each means of communication used by a brand. Whether it is field sponsorship, point-of-sale promotion, what you can find on the screen of your laptop or smartphones, and also advertising in the old mass media. Nowadays, we try to measure everything better with a few pleasant surprises and discoveries at the finish line. This is called the total attribution model. We’re going to assign a value to each of the “touch-points”. This is the term used by advertisers to designate the point of contact between a consumer and a brand message, also called advertisement, but which, in its traditional sense, is too restrictive.