I am a big fan of Patrick Roger’s chocolate stores, and I have explained here their marketing power. For Mother’s Day, I had the opportunity to organize a photo shoot in 4 of the brand’s most beautiful Parisian sales outlets: Rennes, Saint-Sulpice, Saint-Germain, and Sèvres.

These photos illustrate the 2 cornerstones of Patrick Roger’s marketing strategy:

Before analyzing the sales outlets in greater depth, I would like to thank Patrick Roger’s marketing and communication department for their support. I would also like to thank the store managers for exemplary professionalism and customer orientation.

If you have the opportunity to visit Patrick Roger’s stores, one thing will inevitably strike you: the atmosphere.

They all contrast strongly between black, omnipresent, and green, the chocolate maker’s favorite color. This strong contrast is adapted to this brand because of its high-end positioning. We can talk about an essential element of the marketing mix (P de “Place”), which participates in the brand’s recognition.

This aesthetic research is also interesting because the packaging only brings a green touch.

The packaging brings a “rhythm” composed of touches in a rectilinear space.

The sales outlet becomes a real showcase for the product. It’s clean, neat, and invariably appealing.

Desire and emotions are levers that must be activated inside the sales outlet and in the window.

Another important element of the marketing mix I have addressed in this article is the spectacular nature of the window displays. Patrick Roger likes to show off his product mastery by creating large-scale works. Displayed in the window, they act as magnets for customers. This marketing strategy pays off because the act of purchase can only be realized if the customer enters the store.

Retailers undoubtedly under-exploit this opportunity by designing windows that do not give desire. Desire and emotions are levers that should not only be activated inside the sales outlet but also in the window display.

The central presentation space, the “signature” of Patrick Roger

The central display area is essential to Patrick Roger’s store design. I think too few people pay attention to it, so I wanted to devote a paragraph to it.

The first time I went into a Patrick Roger store was in Brussels. Already at that time, it was this long display table that struck me. It was unlike anything I had seen elsewhere. When I had the opportunity to visit other sales outlets, I understood their specificities. Each store is unique, and this display table is conceived as a unique piece by Patrick Roger, as a true object of Art. 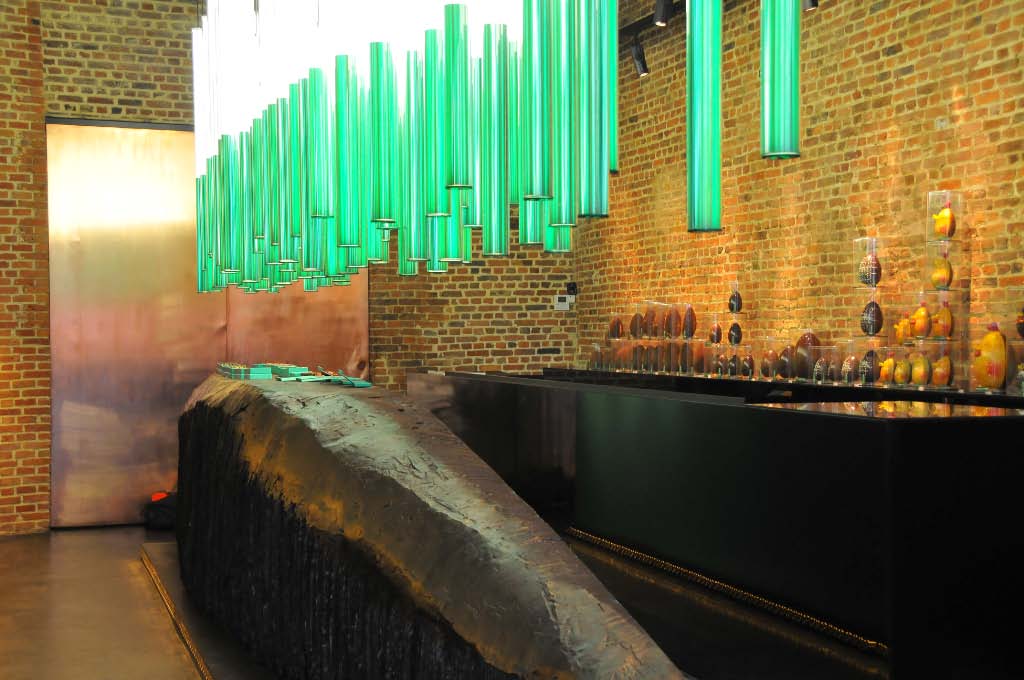 In the Patrick Roger store in Brussels ( closed today), there was a remarkable central exhibition space that I admired.

Those of the rue de Rennes and the Boulevard Saint-Germain have a rather classical “architecture,” but those of the Place Saint-Sulpice and the Rue de Sèvres are exceptional.

The Patrick Roger store on Place Saint-Sulpice is treated in a rather “raw” style (concrete floor and stairs). Large metal sheets are crossed by lianas that escape supporting two glass trays, between which are presented the incredible chocolates of Patrick Roger. The table in the center is extraordinary, and the pictures hardly do it justice. I tried photographing it from underneath to give the impression of an “extraordinary garden.” 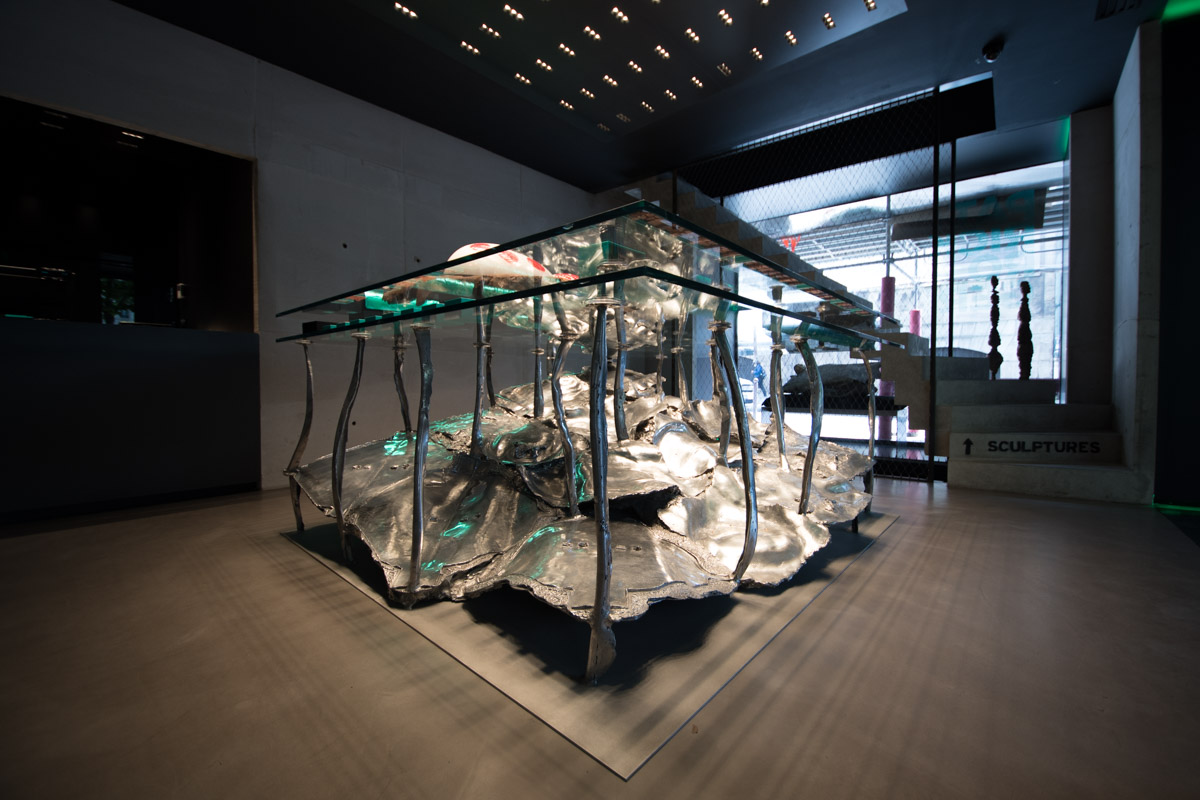 In the center of the Patrick Roger store on Place Saint-Sulpice stands a sculpture that also serves as a space to showcase the chocolates.

The Patrick Roger store on Rue de Sèvres was opened in 2021. Its style is a little different from the others. The treatment is still based on shades of black punctuated by green, but the rhythm is different. It does not have the horizontal rhythm printed elsewhere through the green packaging. 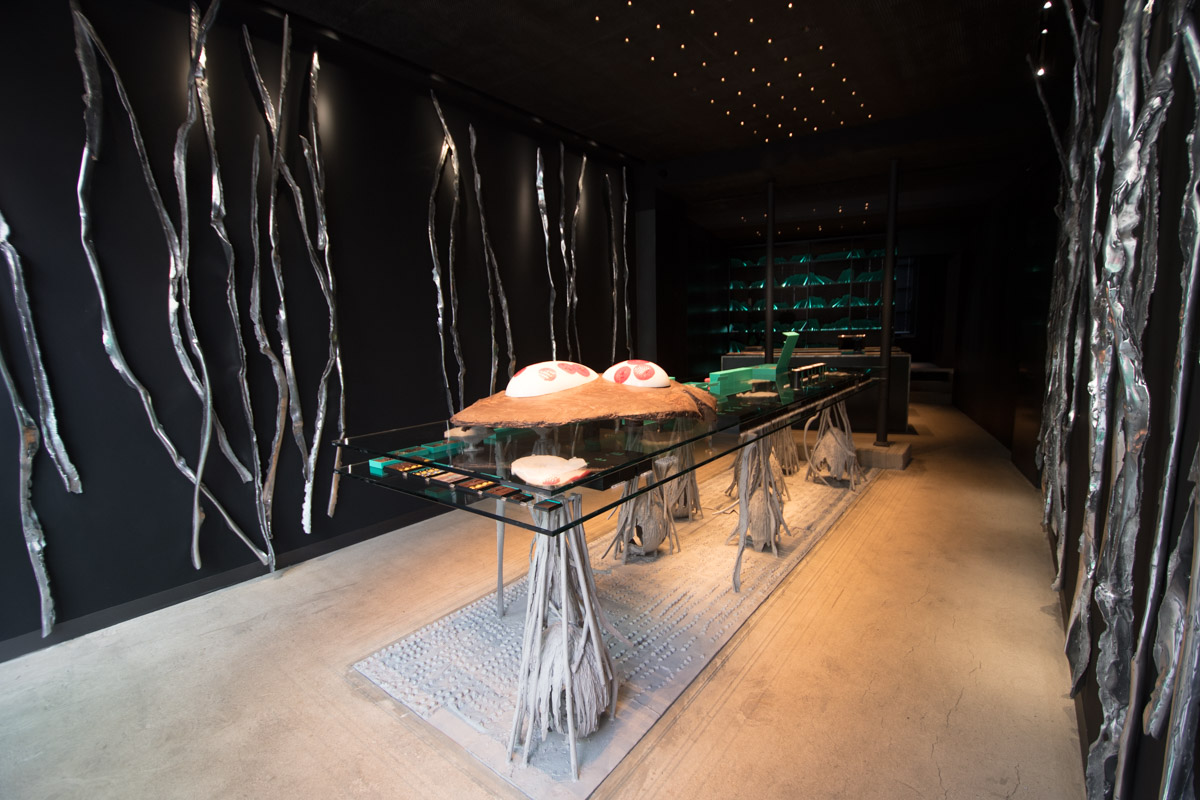 Patrick Roger was inspired for this sales outlet by a trip to Madagascar. Metal sheets run along the walls, and a strange structure supports the central glass shelf. Each “foot” seems composed of a giant fruit trapped in a tangle of vines. When you look closely at this structure, you discover the details, including hundreds of small monkeys emerging from the ground. The effect is seizing. 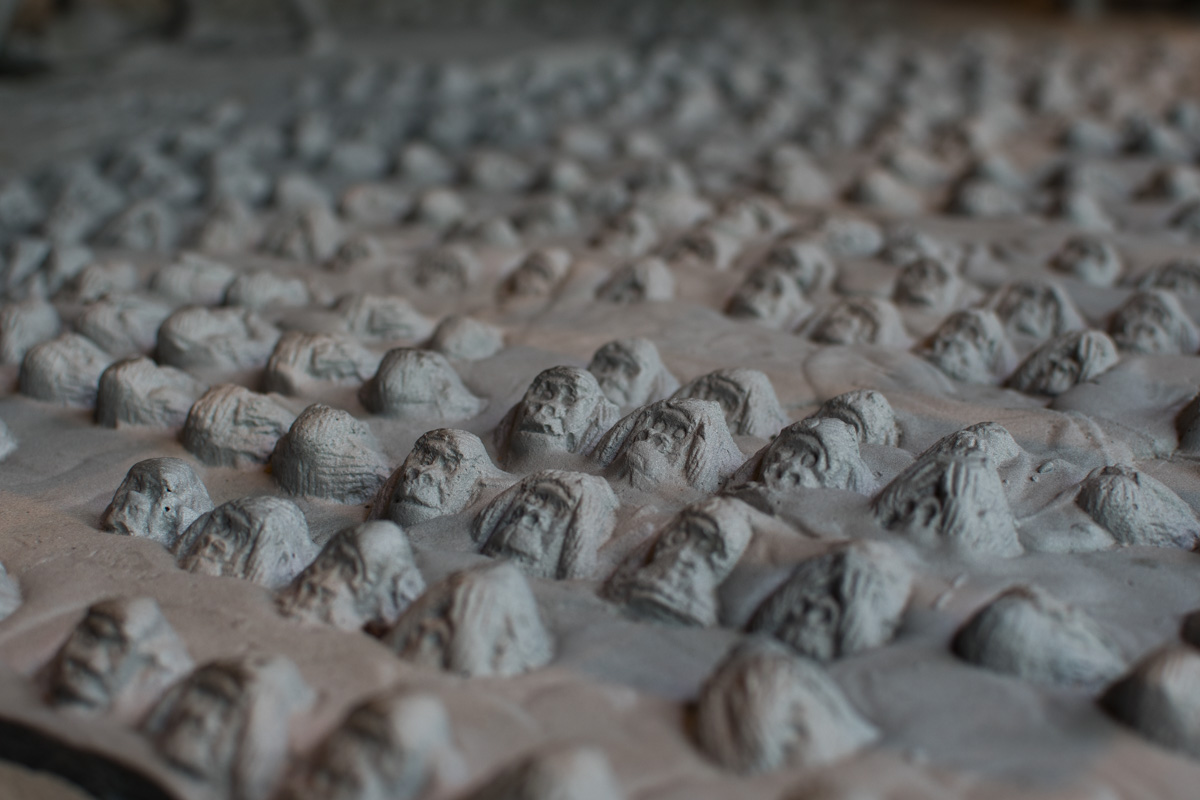 Detail of the floor below the exhibition space of the Patrick Roger boutique on rue de Sèvres.

Conclusion: what to keep in mind when designing your sales outlet?

Through this article, I wanted to show the potential for creation and innovation in the retail world. The example of the Patrick Roger stores is the perfect example :

This strong identity is, in my opinion, a source of attraction for customers because it excites their senses and their curiosity. The uniqueness of each store and, at the same time, their commonalities improve the readability of the whole. This readability is similar to another retail technique described in this article, which creates coherence and the desire to buy.

I hope this article and its pictures will inspire you and show you that it is still possible to innovate in retail. Do like Patrick Roger and let your personality express itself to differentiate yourself. It is only through differentiation that the salvation of physical stores today is possible.