Correcteo transforms a niche market into a business opportunity

The exercise of preparing a final thesis can be a complex task for a student. It is with a view to supporting them that Quentin Demey created Correcteo, a platform that allows students to receive the support they need to develop their thesis. At the time of Correcteo’s international opening, we interviewed its founder to find out more about the future of this promising organisation. 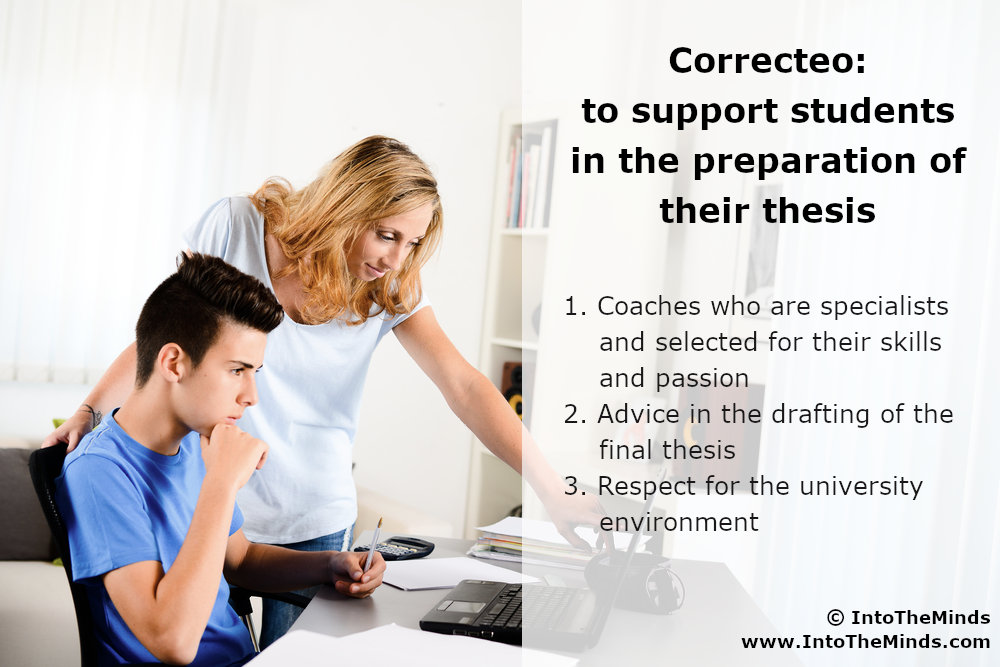 Correcteo is a Belgian start-up founded in 2017 by Quentin Demey with the aim of helping and supporting students in the process of preparing their final thesis. Indeed, this work can sometimes prove complicated and even impossible in the eyes of students. This is where Correcteo comes in, helping them find the keys to research, analyse and write their thesis.

Origin of the Idea and Launch of the Start-up

The concept proposed by Correcteo is very particular as it differs from the traditional tutoring system by focusing its efforts on the work of drafting students’ final thesis.

Helping to proofread a thesis, many go through this process. This task is carried out by “Mr and Mrs Everyone”, whether it is for proofreading of grammatical or spelling mistakes or for more technical and editorial assistance. Overwhelmed by the requests, Quentin Demey explains to us that a dilemma is emerging before him. On the one hand the possibility and the idea of structuring this help to provide a real framework for this activity, and on the other hand, to stop completely helping students in the preparation of their thesis because far too many are becoming dependent on outside advice.

This is how Correcteo was created in 2017. Teams of professionals were then recruited and trained so that the coaches could cover various areas corresponding to market demand. Above all, the concept is based on the idea of student satisfaction. Thus, Correcteo is in charge of proposing a coach and professional advisor in his field of study who will support him as best he can in the drafting of his final thesis.

“Quality is the best strategy.”

“Quality must always be emphasised before quantity, we will never achieve quantity if quality is not the keyword.”

The idea thus emerged in 2017, and a simple calculation allowed Quentin Demey to see if Correcteo could be made sustainable. In the 2016/2017 academic year, 31,000 students were at the end of their university studies, whether in the third year of TFE – equivalent to the bachelor’s degree in France – or in the last year of the Master’s degree, which led to the preparation of a thesis. By calculating a capture rate, it appeared that it was enough to accompany 150 to 200 students to be cost-effective.

Advice for your market research

Using a deliberately low capture rate allows you to validate your company’s profitability hypothesis very merely. If you realise that a high capture rate is necessary for your profitability, it is better to question the sustainability of the business model and review it.

The interest of several different media for the concept allowed the start-up to launch itself, first in Belgium in 2017 and then in France this year. As the platform was already operational in France, economies of scale could indeed be expected in the context of geographical expansion, making France the logical destination.

With currently about 60 coaches, Correcteo covers a wide range of research topics and fields, from new technologies to literature, business and many others.

Already well established and booming in Belgium, Correcteo is focusing in France on a franchise system in order to develop its activity city by city, create a significant network and analyse the functioning of the franchise before embarking on integration.

But then why Toulouse? Toulouse is listed in the Top 5 most student-oriented cities in France with nearly 112,000 students enrolled in 2015/2016 according to the Ministry of Higher Education, Research and Innovation.

In the start-up phase of your company, consider identifying the most critical customer segments to focus your efforts on them. These may be geographical areas or business sectors. As an entrepreneur, your time will be limited and therefore valuable Use it wisely to focus on regions or sectors that maximise your chances of success.

With about fifty fields of study being covered, Correcteo offers support, not only technical but also human, for the drafting of the final thesis. The concept is therefore based on a specific need but still broad enough to develop a commercial activity. Unlike traditional tutoring organisations, Correcteo is committed to staying in the continuity of the university system by encouraging students to improve, remain motivated and above all to learn, when preparing their thesis.

The coach at Correcteo is a consultant. Who is separated from the university system while still leaving room for the university tutor. The latter always has control over the decisions that come to him, such as the choice of subject or the angle to be covered in the final thesis.
The coach does not intervene in the academic processes.

The support is provided in several stages, always supervised directly by the coach and the student, who can meet each other either personally or via Skype-like platforms. Beyond technical and intellectual support, it is a question of providing a human service to the students. To this end, all coaches are carefully selected and evaluated to match Correcteo’s objectives. In addition to his professional and technical skills, the coach must aim to encourage students in the specific actions they must carry out in their thesis.

The coach is not there to do the research or write the final assignment, but to guide the student in his or her thoughts, by explaining and giving the student some hints to see his or her ideas progress without ever telling him or her what to write. This collaborative work between the student and the coach aims to create a dynamism in the student’s reflection, guide him/her on the coherence of the content and form of his/her thesis, while leaving the autonomy to the student, but also to the university, to make the choices that suit the assignment.

However, the writing of the thesis is not the only point that requires students to work, they also take an oral examination. This step can also be assisted by the coach with a review of the visual aids and preparations for the presentation. The student will, therefore, be put in a situation and trained to know how to behave and, of course, to be able to answer as well as possible the questions that may be asked on the day.

Correcteo benefits from a differentiating positioning on the Belgian market. Based on a niche market that is the support in the writing of the final thesis, Correcteo provides services more advanced than the most traditional academic support on the one hand, and more than simple spelling correction on the other hand.

On the French market, the situation is somewhat different as there are already structures in place to support the writing of final year work. The idea for Correcteo is, therefore, to launch out via a franchise defined for three years in a city, Toulouse, and to grow step by step.

Unlike individuals who can exercise variable prices, going through an organisation makes it possible to ensure the existence of a legal framework, but also a pricing framework. The question is to define how it works. Correcteo has chosen to create a rate per page of 5 euros if the student selects the formula via an online platform such as Skype (e-coaching), or 6 euros if the student and the coach have to meet face-to-face.

The double advantage of e-coaching:
a more affordable price for the student, and the mobility of coaches

The margin made by Correcteo is low, about 20%, while 80% goes directly into the coach’s pocket. However, Quentin Demey insists on one point: being a coach at Correcteo must be done out of desire and passion, out of intellectual and human pleasure. This can in no way represent a single source of activity and income.

The Future and Key Figures