For the past few weeks, we have become accustomed to opening this blog with an exceptional author. Emmanuel Tourpe, professor of communication and philosophy and director of programming at ARTE, enchants us with his ” mini-com courses ” in which he brilliantly synthesises his knowledge.

In the ” mini-com course ” n°7, Emmanuel treats us to a text that takes us back to our sterile habits: worship of the image, cult of the superficial. He also aptly reminds us that speech appeared before writing. However, it was the latter that enabled civilisation to progress by transmitting knowledge from one generation to the next, at a distant time when life expectancy was insufficient to ensure that culture could be perpetuated only through the spoken word.

The craving to see, the wisdom of listening: from the distraught eye to the sweetness of a word

It is common knowledge that some of us have a visual memory and others an auditory memory. It’s an old 19th-century theory that we owe to Charcot. It is somewhat false (the memories linked to the senses are partial and quickly fade away as research in the 1960s has shown). The poet Claudel had a beautiful word: “The eye listens” which shows that in reality all our senses are connected: a “common sense”, as Aristotle called it, comes, in the end, to tie up all our distinct sensations.

Everything I perceive is in reality unified in my vision of the world: there is not on one side what I hear and on the other what I taste or see, but rivers of sensations that flow into the mouth of my understanding of the world. And in the ocean of my intelligence, all these clear waters come together in a single mass.

But there is an exciting truth behind this case: there is a real difference in the way we perceive things depending on whether we see or hear; whether we speak or write. Looking, listening, reading (or showing, speaking, writing) – these are three distinct doors to the meaning of things. Communicating by video, telephone or e-mail has completely different consequences. It is not just two senses (seeing, hearing) and three means of expression (showing, speaking, writing) but three doors of the soul and meaning that open before us. 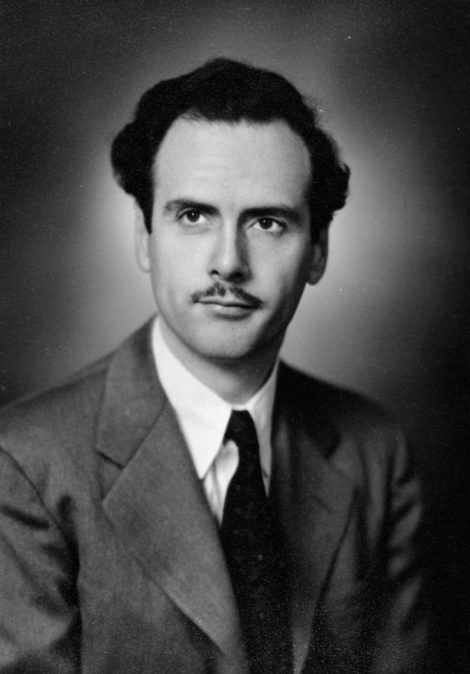 An absolute star of the 60s (who at the time was put on the same level as Marylin Monroe or Andy Waroll) worked a lot on this subject: Marshall McLuhan. Good news: everyone knows at least two of his slogans: 1. The medium is the message 2. The global village.

Bad news: his brilliant writings (like The Gutenberg Galaxy) are heroically dense, chaotic, and on the thin edge of anything. But there is ONE exciting idea: the medium (media) I use to express myself is already a message in itself. The fact of showing, of making people listen, of making people read is already in itself a profound message.

Television, (which he calls a “hot” medium because it saturates our perception), leaves us relatively passive and hypnotises us. We can see that he didn’t know Arte yet – ah ah. Radio (“cold” media) requires much more of our imagination, of our attention: we must contribute ourselves because not everything is given in sound, we must make an effort to participate.

But we have to go much further than these half-assed, half-glossed McLuhan theories. And what’s the truth behind that? I can see two.

1. The Medusa or the eye temptations

Today, all media calculate their success in “video views” on the internet. The doctrine is the same everywhere: “video first”. We are in a society dominated by vision – for the simple reason that this is the dominant sense in us. But there is a real danger that McLuhan almost perceived: light, colours, images saturate the gaze. We risk idolatry at all times, that is, confusing what we see with what is. The “image” of ourselves prevails, and make-up becomes the norm of our appearance. The physical appearance of someone prevails over the rest. We confuse by instinct a beautiful body and a beautiful person. Teenagers stay for hours in front of shows with zero content just because the flow of images is hypnotic. I see two medications for this inflammation of the eyes: the icon and the listening.

Our museums are visited by hordes of people who take photos or videos of absolute masterpieces without taking the time to look. They are in worship of the image. Porn is probably the lowest scale in this Idolatry of seeing where the body of the other becomes ever more material and ever less relational object.
I propose, with a mind named Jean Luc Marion (L’icône et la distance) to refresh our gaze in real and slow learning of vision and beauty. For example, once a week, to take the time to contemplate – and not just see – a masterpiece. Give it our attention. At length. By entering this work open to our interpretation and only waiting for our reading to finish. Emmanuel Levinas, an excellent philosopher, used to say that the faces of older people were the most beautiful because in their stripping, sometimes in their loss of form, the radiance of the soul appears. Genuine eroticism blindfolds itself to open the other senses to perceptions that the petrifying power of the gaze prevents. Let us no longer be amazed, like those who were petrified when the Medusa looked at them. 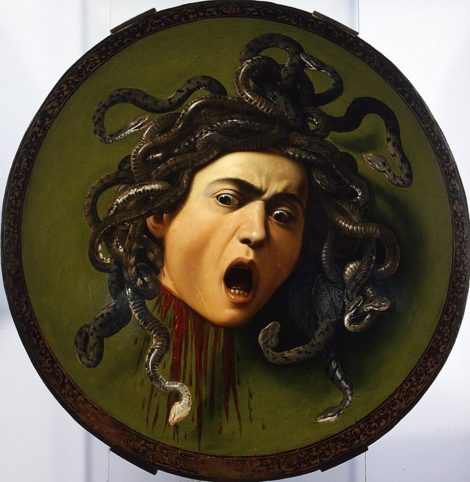 When Lot’s wife turns around to see Sodom in flames instead of listening to what she is being told, she turns into a statue of salt. We don’t know how to listen anymore, so much that most of the time we don’t even hear the lyrics of the songs we like. At Mass, we are often unable to follow what is said, and we force ourselves to read the texts at the same time as they are read to us. Protestants have brought a real lesson to Catholics: the word is in itself something that grabs us. Our Catholic culture of seeing and showing (architecture, painting, statuary…) had made us lose sight of… listening. The Catholic Counter-Reformation wanted so much to oppose seeing (cf. Roccoco) to the Protestant listening to the word that it became absurd.
Today applications like Audible are a chance to relearn to hear, to listen. Let’s sometimes force ourselves to listen to the radio (Arte radio, France Culture, France Inter, music 3) and not only television to feed our ears which is a neglected sense. For Christians, it is the moment to relearn what it means: In the Beginning was the Verb – the word. From this point of view, podcasts are not only a technological breakthrough but a significant cultural opportunity: to find our ears, our listening buried under centuries of privileging vision. 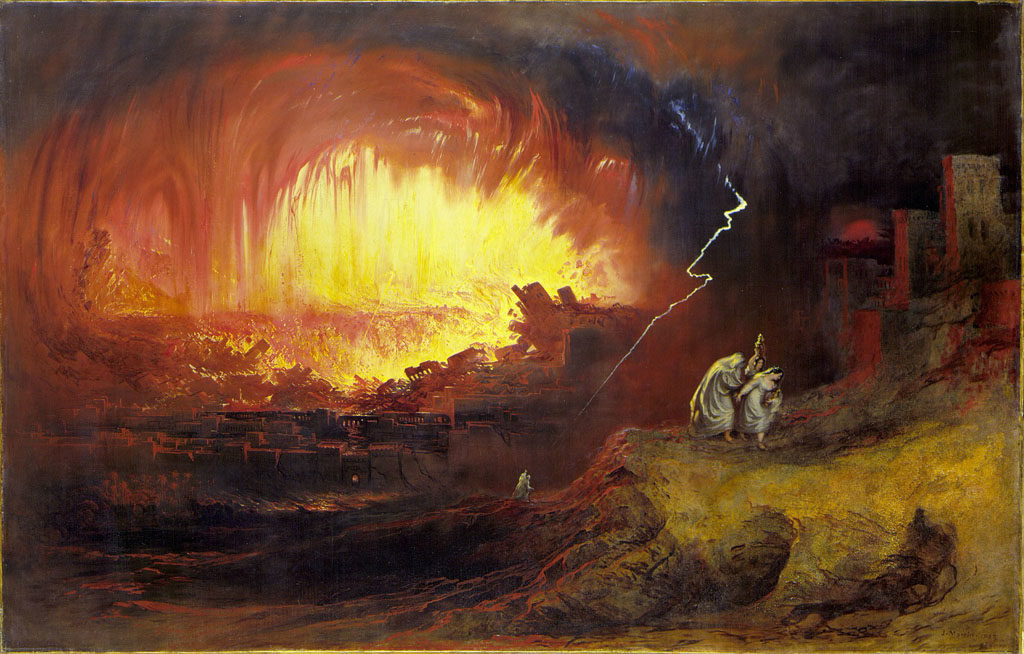 Sodom and Gomorrah, destroyed by brimstone and fire. John Martin (1852)

2. Gossip girls: speech is neither language nor writing

Moreover, great specialists (such as Marcel Jousse) have shown that the great written accounts of our civilisation were made to be memorised and told orally: their rhythm is that of a word. Late comes the Writing. A philosopher named Derrida went a bit far in this privilege of speech over Writing by only recognising meaning, truth only when it is said. Writing would be the death of communication. We should not exaggerate, because as the saying goes “words fly away and writings remain”. Writing is a way of fixing a message in time: a love letter means that something is engraved in bronze. The Writing eternalises our word, confers on it a weight which is that of the dwelling place, of the remaining.

But there is something else, that Louis Lavelle in the little book of which I put below the free link has seen well:

« We no longer have the experience of loneliness, where thought has to test itself as it gradually turns into words, the effect of which is both to break it up and to amplify it.».

We often confuse chatting with talking. Our language is rarely the maximum expression of inner rejuvenation. The more often we occupy the available time with words. But that can be a waste of speech. Doesn’t speech deserve to be rare (“all useless words will be asked to be counted”)? Turning your tongue seven times in your mouth before speaking is not just an expression of caution: it is a piece of wisdom. The manipulative power of speech, or its loss of meaning in chatting and gossiping, in sextos or insipid tweets, must be countered by the essential word that comes from the depths of the soul. Talking commits us. A word puts our soul at risk and as if it were exposed. If we could find this depth of language, this rooting of the word in the depths of our heart? And thus, its real value? Let us leave the last word to Lavelle:  « The corruption of speech and writing is the mark of all other corruptions: it is both the effect and the cause. And one cannot think of purifying one or the other without purifying one’s soul itself. In this respect, the period in which we live is full of perils: we must be vigilant to ward them off. »