On the website of the European Commission Neelie Kroes attacked publicly minister Brigitte Grouwels for the “crazy court decision to ban Uber in Brussels” (read more about Djump and UberPop business models in our article published a few days ago)  Consumers will keep paying high fares. But are prices of Brussels taxis really outrageously expensive ? The answer is in the article.

I am outraged at the decision today by a Brussels court to ban Uber, the taxi-service app.

The court says Uber drivers should have €10,000 fines for every pick-up they attempt. Are they serious? What sort of legal system is this?

It isn’t protecting jobs Madame, it is just annoying people!

Brussels taxis among the most expensive in Europe, behind Luxembourg and The Netherlands

Consumers are outraged to witness the efforts of Minister Grouwels to impede competition and protect high fares. So the testimonies online. Yet no one has ever proved that the fares are actually higher. Here is the evidence.

We have compiled prices of the main cities in continental Europe and the result is pretty obvious. Brussels taxis are up to 122% more expensive than in other countries. Yet they remain less expensive for a 5km ride than in Luxembourg and The Netherlands.

Yet it may seem normal. Luxembourg people are in the end richer than Belgium inhabitants, right ?

Brussels taxi clients are the worse off in Europe .. behind their Dutch counterparts

Everything become clearer when you compare GDP per capita figures and the differences with respect to Belgium.

Basically the analysis says that taxis in Luxembourg are 19% more expensive; but on average people earn 56% than in Belgium. In the Netherlands they pay 10% and are only 8% richer.

Compared to GDP per capita, Brussels taxis are amongond most expensive taxis (behind The Netherlands) in our panel. They will soon become the most expensive ones after the fare increase scheduled in May 2014 : +11% increase. 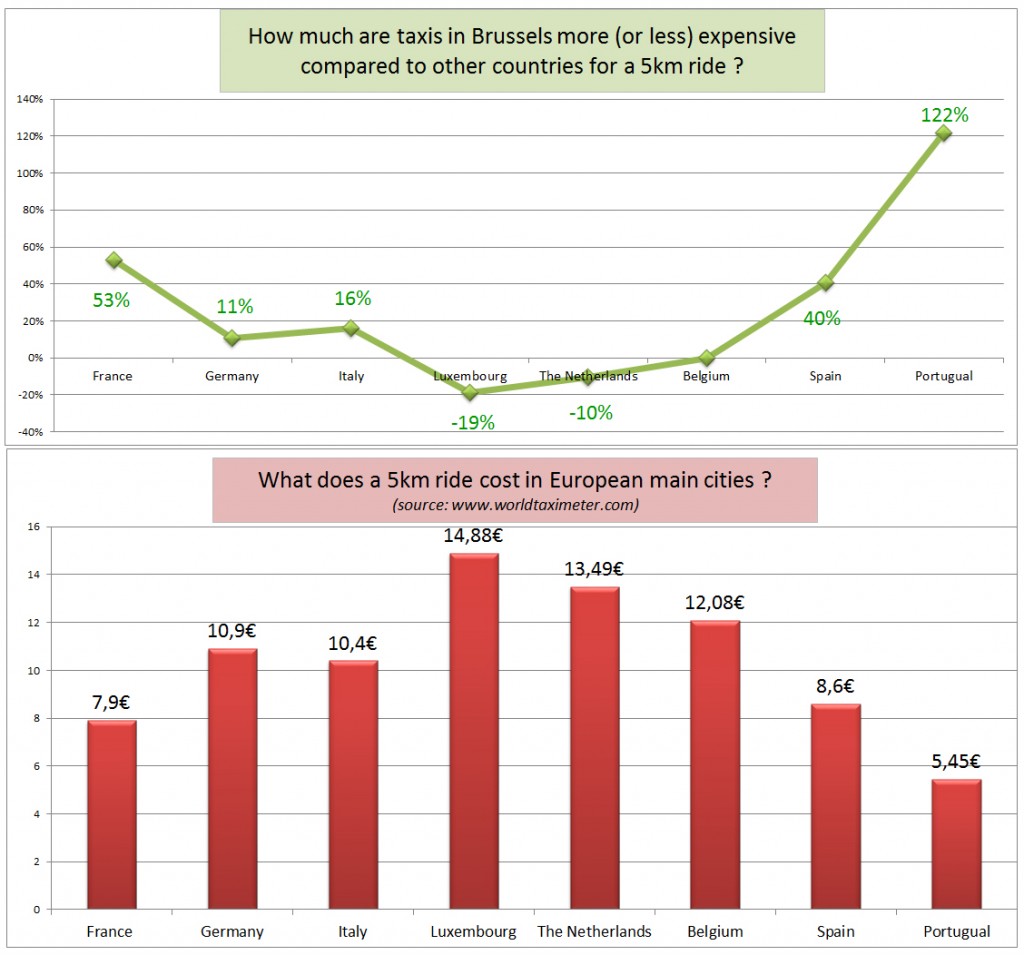