San Hoon Degeimbre is the double-starred chef of the restaurant l’Air du Temps. It is less well known that he is also at the head of 5 other establishments open between 2015 and 2019. In this podcast recorded in February 2020, he shares his vision of entrepreneurship and explains how he manages to motivate his staff and attract young talent.

With Pierre-Nicolas Schwab, he retraces his entrepreneurial path and explains how he manages to manage 6 establishments while keeping his motivation intact.

Profitability in the food business

Profitability in food business is fiercely discussed. I wrote an article a few years ago, which did not only attract positive comments. At the time, I said that, contrary to the usual rhetoric, it was possible to be profitable. So that’s what I first discussed with San Hoon Degeimbre. His answer is crystal clear and should reassure all entrepreneurs in the restaurant and catering industry::

It’s a pretty complex issue. I could ask, “What is profitability?”. We’ve been around for 22 years. That means if we’re still around, we’re relatively profitable. We manage to support all the people who work with us [and] at the same time, satisfy all the clients who come to us. The company is made up of about 40 people, all of whom are full-time employees. This includes the gardeners, the people who look after the hotel, as well as the cooks [and] the people in the dining room. We’re not looking for […] big margins. The bottom line is that we have enough profitability to reinvest in the company and improve it daily.

Many starred chefs have diversified by “grafting” complementary businesses around the main restaurant. The most classic diversification is the hotel. However, this can go much further, as in the case of Georges Blanc in Vonnas. George Blanc built an offer (“the White Village”, see illustration below) with several hotels, several restaurants, a shop, a bakery. 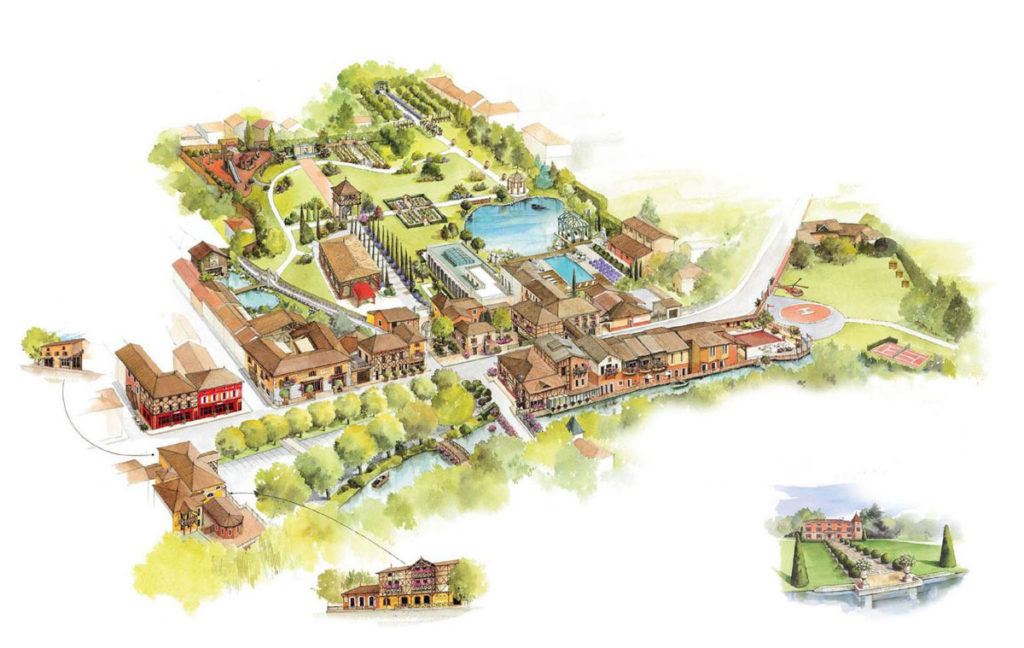 Given the location of his gourmet restaurant, San Hoon Degeimbre sees the hotel as a natural complement to attract guests. He also sees a financial benefit, since the profitability of a hotel room is much higher than that of a restaurant:

We know that hotel rooms are much more profitable than a restaurant. So, in terms of figures, the profitability of a restaurant is between 5 and 10% on average, and for a room, it’s between 70% and 80%.

The source of motivation

Being rewarded by culinary guides is both consecration and tremendous pressure. Some chefs have not been able to resist this pressure. It will be remembered that Bernard Loiseau committed the irreparable and that Marc Veyrat sued the Michelin guide. I asked San Hoon Degeimbre about his motivation to always do better. His answer is full of common sense but also humility :

The deep motivation, when you do a job, is not in the reward. It seems to me that [the guide] Michelin is like a reward. So, if you do a job, it’s not to get something like recognition. The recognition that you can have and that you can easily obtain is that of your customers. I’m enamoured by my profession, in love with my job. The desire to exchange [r] with my clients but also with the people I work with [is] my motivation. My passion daily, I saw it evolve first as a practising cook where I did my job every day. But with 40 people, it’s clear that I’m not the same cook today as I was before. I am now a company manager where I have to be attentive to human problems, and I am much closer to my [employees] today than I was before.

In particular, he stresses the need to keep one’s feet on the ground when making investments so as not to find oneself in hopeless situations.

One has the impression that starred chefs or creative people are unreasonable, and that is the whole problem that one can encounter in the profession of Cartesian entrepreneur and creative cook.

The human dimensions are, therefore, at the centre of San Hoon Degeimbre’s managerial philosophy. In particular, he emphasises the pleasure of giving pleasure, the emotional part of the job. Marketers would talk about customer experience, the sensory experience. San Hoon Degeimbre’s discourse is more pragmatic. He explains:

A manual job is a job of emotion. If you’re a carpenter, if you’re a plumber, you have to like to come and help people out, you have to like the materials. In the kitchen, there is still a much more immediate aspect, which is that you make someone something to eat, and you can see right away on their face whether they like it or not. That’s why the cooking profession is very much in vogue at the moment. […] We want to cook because we have an immediate comeback. Today, [with] everything that is a computer, communication, we don’t have any feedback, we can’t measure the results. [It’] remains a specific limit. In our job, it’s something that we have immediately, instantaneously.

San Hoon Degeimbre insists on the need to talk about the reality of the profession to those who want to invest in it. The results are not immediate. The results are seen in the long term. It takes perseverance and resilience to be successful in this business.

Recruiting and managing staff is one of the most crucial aspects of the business, San Hoon says you have to anticipate the expectations of the younger generation to retain them in the establishments:

It is becoming increasingly difficult to find adequate staff, so we have to ask ourselves why. We are entrepreneurs. We will have to undertake and create something new. So, I say to myself that they need to live a little more with their families, to see their friends. It’s not like before where we were chained to our oven 7 days a week, today the needs are quite different, and so it’s up to me to anticipate.

It is based on this reflection that the establishments close 2 days one third + 2 half-days per week, a significant advantage in a job where you don’t count your hours. 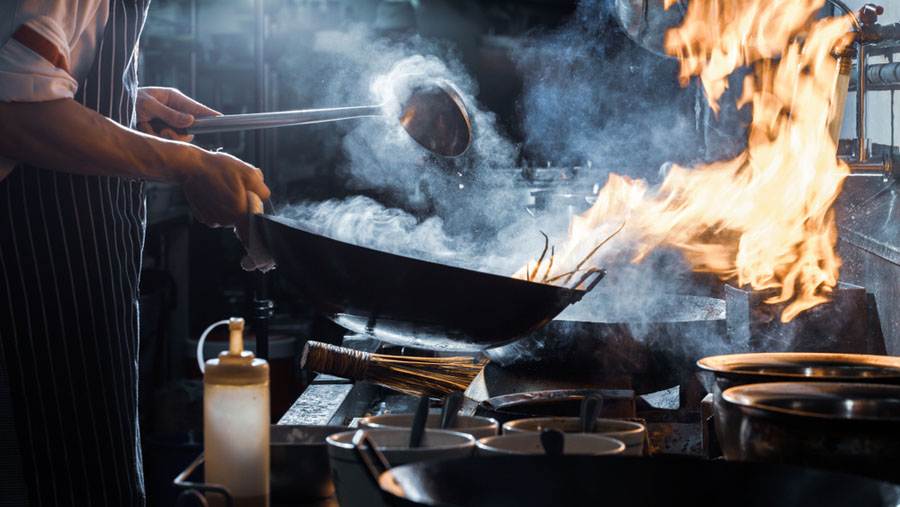 At the head of 6 establishments, the question arises of time management and team management. The opportunity to open is not new (although the first opening did not take place until 2015). San Hoon reveals in the podcast that he said no to a premature opening of a second establishment:

The first time I was asked to open a second establishment was 3 years after I opened L’Air du Temps. I said no because I didn’t feel ready.

The “recipe” for the successful launch of satellite establishments lies in the human factor. If each restaurant keeps a trace of what made San Hoon successful, they also have their personality. This is due to the leeway allowed by the intelligent management of former employees:

We opened the second restaurant in 2015, so I already had 15 years in the business […] In 15 years we had trained young people, young people who were also likely to have this desire to diversify and not always stay in the same place. So instead of keeping them at my site and going around in circles, I told them “I have a new project, do you want to be involved in it with me? In this case, you invest in people. In the 5 establishments, there are 5 former employees. They are people who have seen the Air du Temps, or who have known it through one of the seconds. So, all the establishments are run by people who have known the Air du Temps.

There’s my spirit, the guiding line that is maintained, the soul in any case. Then it’s really the personality of the chef that will give the restaurant its identity.