Plant based meat has become a major trend in 2022. Never before have plant based alternatives been so prominent. This trend was particularly visible at SIAL, the world’s leading food trade fair held every two years in Paris. It is quite simple; it seems that plant based meat is such a massive consumption trend that even the producers of classic meat are forced to get involved.

Contact us for your research on the food sector

Statistics on the plant based meat market

One of the strongest images of this SIAL 2022 will remain for me, the confrontation between 2 worlds, represented by the picture below. On one side, Heura is one of the leaders in “plant based” products (vegetable substitutes). On the other side of the hall, Auvernou, a sausage producer. Black, yellow. Modernity on one side, classicism on the other. Marketing visions that clash head-on. 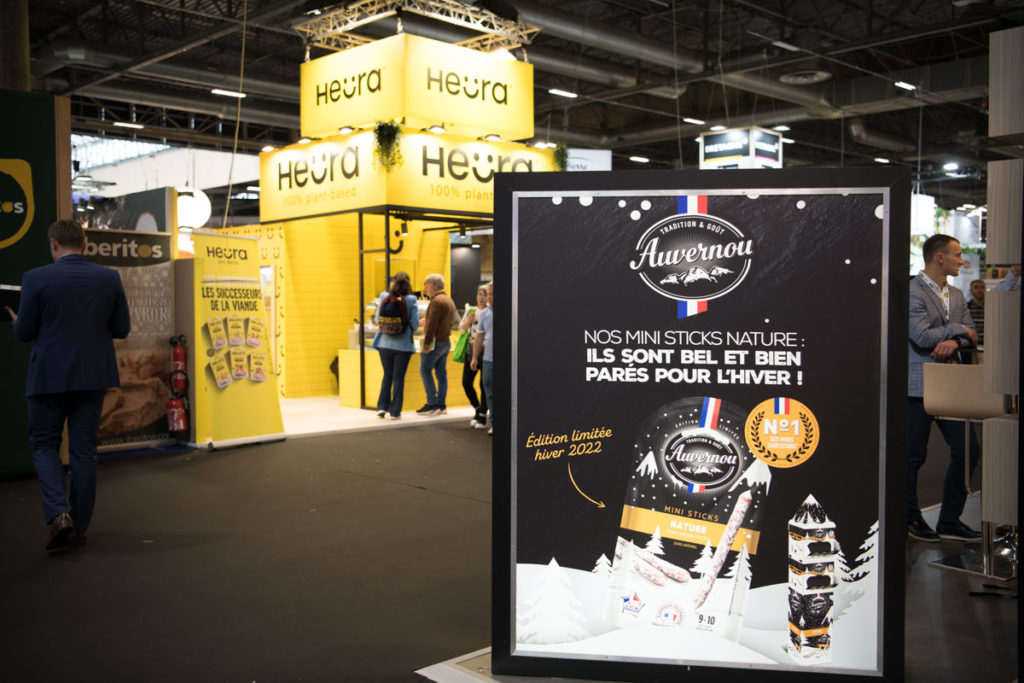 The contrasts are multiple and can be found at all levels, in the products, of course, but also in the marketing. We can feel terribly traditional marketing in the meat industry, unable to get out of the ten-year codes. On the other hand, plant based companies usually have uninhibited and energetic marketing.

The “plant based” trend was strongly represented by start-ups and pure players at SIAL 2022. Several dozens of relatively young companies invested in the niche. The observation behind their creation is simple:

La Vie, for example, is a French start-up created in 2019 by Vincent Boulichet and Nicolas Schweitzer. Their flagship product, vegetable lard, was launched in October 2021. The idea of this product is to propose a substitute that meets consumers’ taste expectations. What is indeed good in meat is the fat. However, it is absent from vegetable meats. After 3 years of R&D, a patent was filed by La Vie for a fat made from sunflower oil (unsaturated) and water. Vegetable lard is smoked with beech wood like normal lard but contains 5 times less fat. When tasted, the result is amazing. It has the taste of lard, the aspect, and the texture, but it is much lighter. It conquered me. 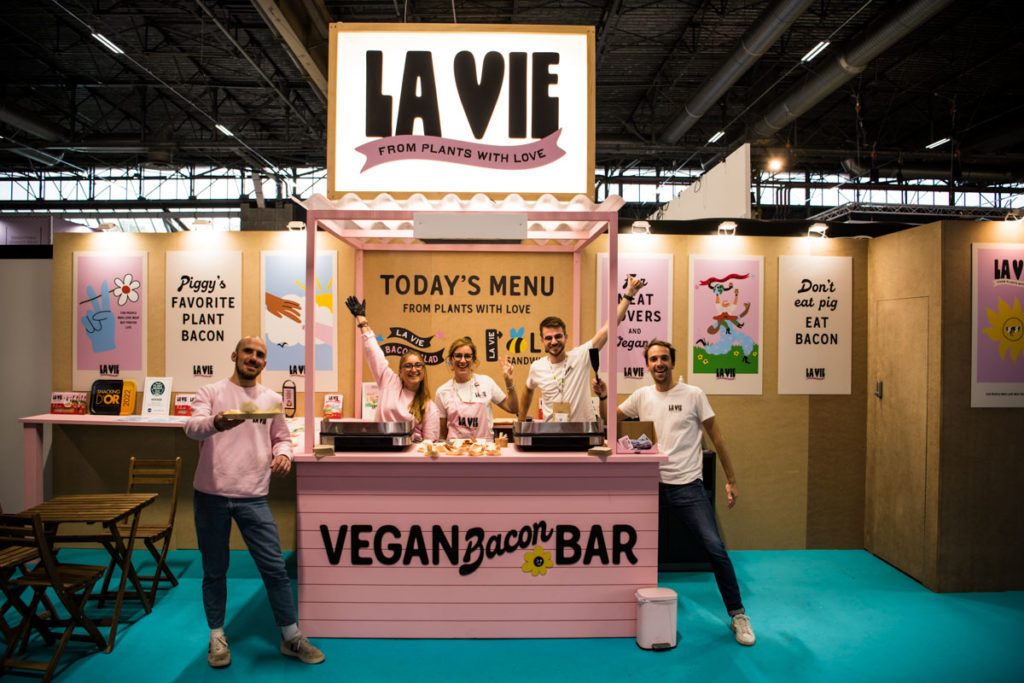 Kokiriki was also very present at SIAL 2022. Its Cowboy Burger, made with vegetable meat, was displayed at the show’s entrance. Like La Vie, this start-up adopts very recognizable marketing codes: 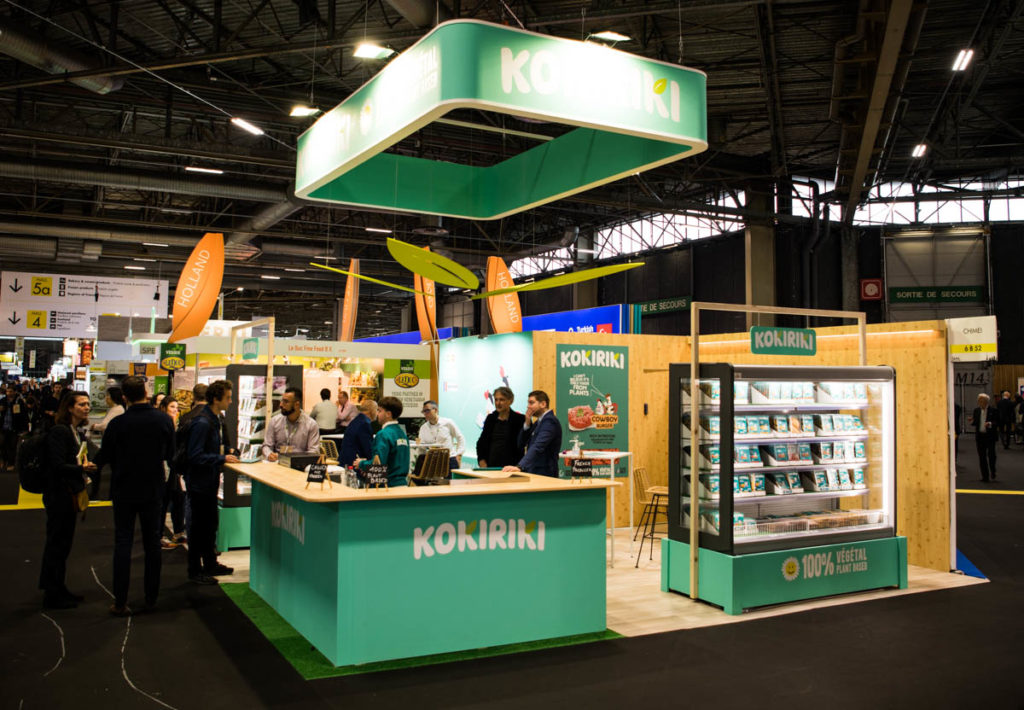 Heura, the Spanish start-up, follows the same trends. I tasted its spicy burger, and again it was amazing. The plant based meat has the texture of normal meat, and with the spices, you clearly have a gourmet product. I was less enthusiastic about plant based chicken meat. The texture is less convincing, and this is where the ultra-processed character of the product stands out. Let’s remember that plant based meat remains an ultra-processed product. 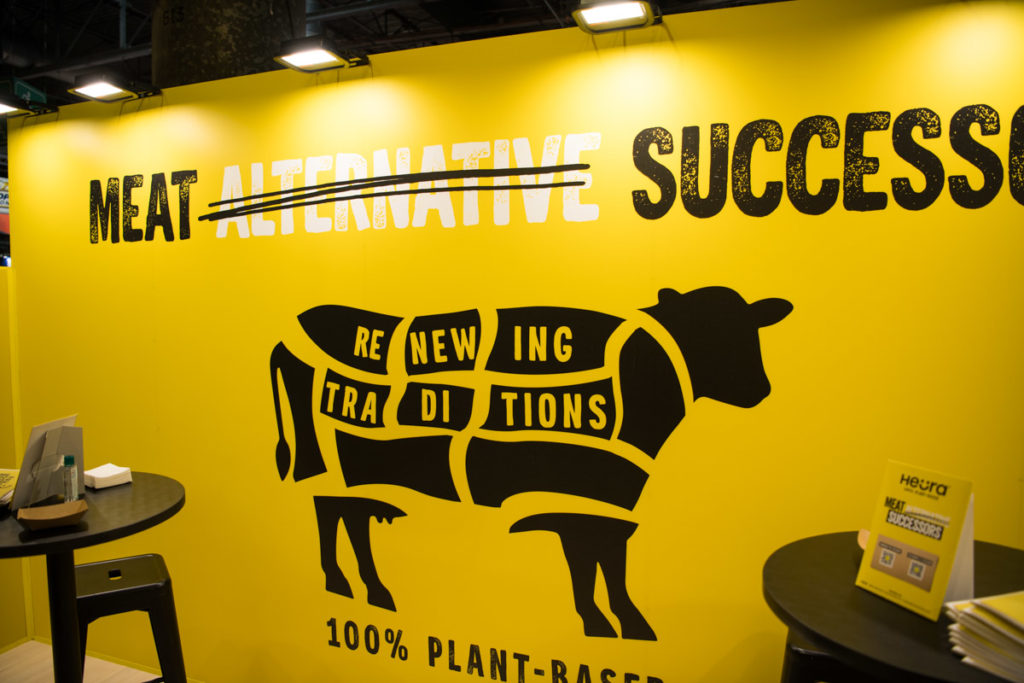 From a branding point of view, Heura adopts a marketing recipe similar to its competitors: strong colors, modern design, and a resolutely young team at the helm.

The plant based meat invites itself into ultra-processed products

The consumer must keep in mind that meat substitutes are ultra-processed products. Visual and gustatory imitation is done with a lot of industrial processes. There is no choice.

The frenzy of ultra-processing is reached when plant based meat is integrated into already largely processed products. This “maxi transformation,” this culinary sleight of hand, has been honored at SIAL 2022. Chim Chim, a Thai company, was nominated for the SIAL Innovation Awards for its gyozas, shumai, and other Asian specialties filled with meat substitutes. 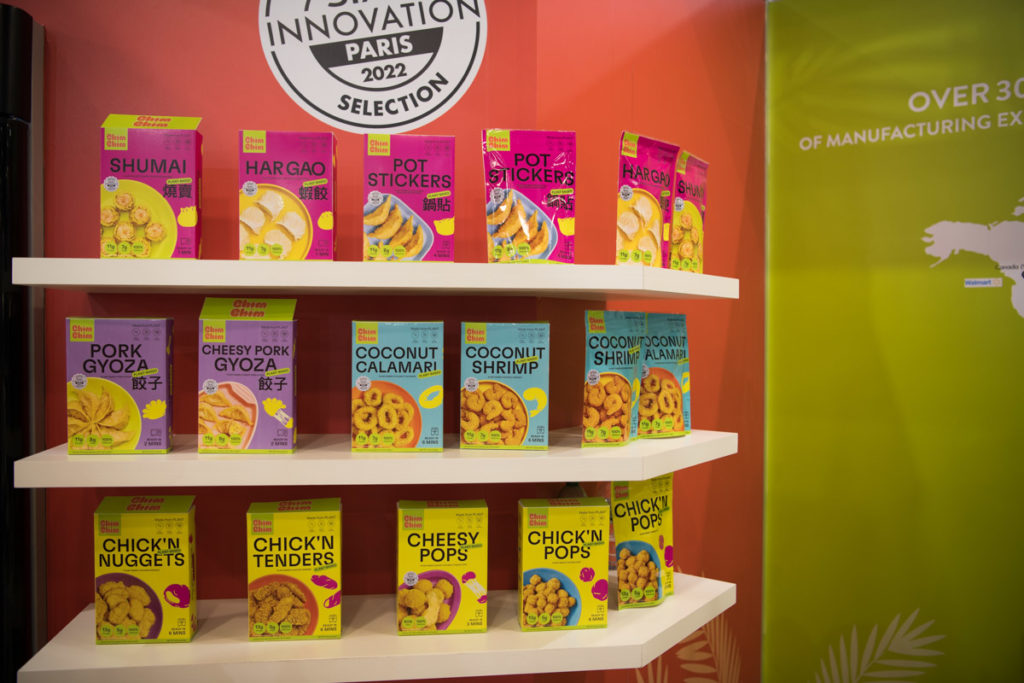 Chim Chim presented its new “plant based” range with meat and fish substitutes in various preparations. The squids did not convince me, but the gyozas were amazing. The products were still in the prototype stage as the production line will only be operational in December 2022.

We saw at SIAL 2022 that even the traditional food manufacturers were getting involved. De Angelis, for example, has partnered with Beyond Meat to propose plant based meat ravioli. This product is not yet available outside of Italy, but no doubt distributors will be interested in it very soon. It is remarkable that, in this case, it is a co-branding between De Angelis and Beyond Meat. 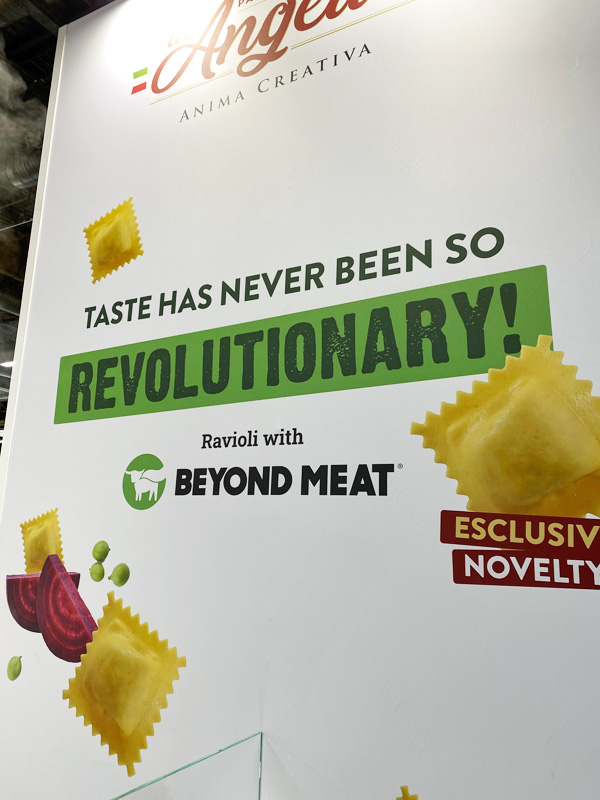 Another example of diversification into plant based meat comes from Bulgaria. Bartlink International is a very traditional meat trading company. However, it follows consumer trends very closely. Besides meat products such as its “meat bars,” it has also invested in meat substitutes. Its marketing manager explained to me that this investment seemed necessary to them because the European Union gave the impulse to reduce the CO2 footprint.

Plant based meat is, therefore, not the exclusive domain of start-ups. It is an integral part of the marketing strategy of larger groups.

Since the last SIAL in 2018, four years have passed. The meat market has undergone profound changes that were visible at SIAL 2022.

Plant based meat, still a fledgling innovation in prototype form in 2018, is now a solid, growing market. After the start-ups that have successfully entered this niche, meat substitutes are also being adopted by major manufacturers and integrated into their product lines.

However, from a taste point of view, not all plant-based meats are equal. While some (Kokiriki’s cowboy burger, Heura’s spicy burger, La Vie’s plant-based bacon) are really good, others are not up to standard. In general, I was not convinced by the plant based chicken meat which is very processed.

Let’s bet that at SIAL 2024, the market will have taken another giant step forward, and the current gaps will have been filled.