Where to find data for your market research? This is a recurring question, and it must be admitted that for competition research, there was not a lot of data available free of charge in France. The launch of the INPI data portal changes this situation. Indeed, a large part of the data on French companies was marketed on a large scale through sites that resold INPI data. The best-known site, Societe.com, for example, has a licence, acquired for 4m of French Francs in 1999, which gives it the right to redistribute (and therefore monetise) company data.

In most countries enterprise data are freely available

In most European countries business data are free and freely accessible. Whether through the Companies House Register (United Kingdom), the Carrefour Banque des Entreprises (Belgium), or the Registro imprese (Italy), company data are in most cases freely and openly available to all. The French situation was an exception, which is now being regularised thanks to the INPI data portal.

This situation, unique in the European Union, is changing thanks to the INPI data portal launched on 18 December 2019. This portal provides free access to a wide variety of legal documents that were previously subject to payment. You can, therefore, access, as of now and at no additional cost, balance sheets and income statements, minutes of general meetings, sale documents, and so on… From the most insignificant to the most important, the materials you need for your competition research in France are likely to be found on the data portal of the INPI. 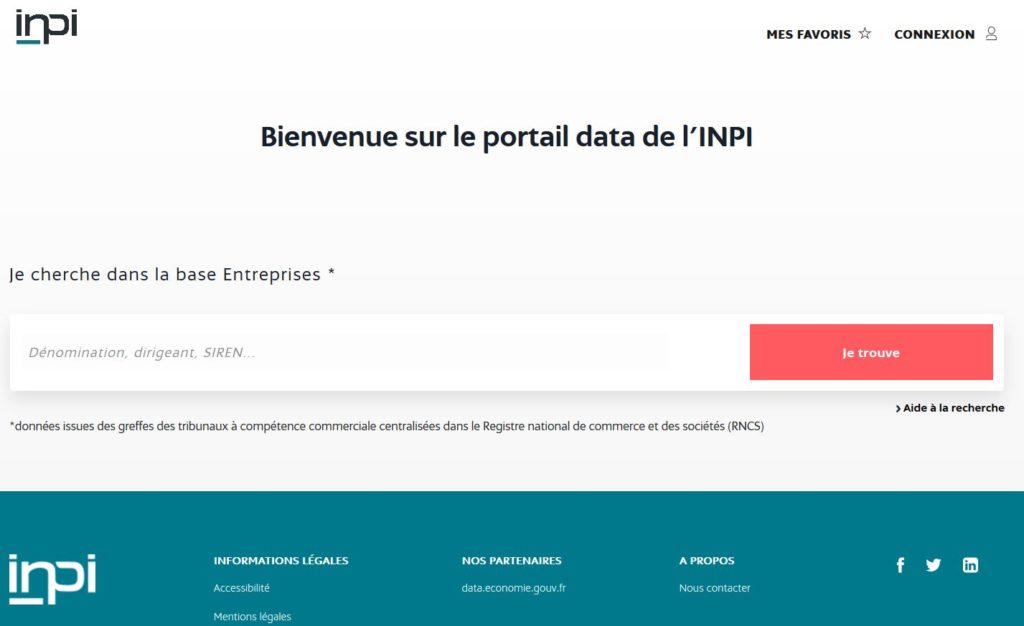 The home page of the INPI data portal.

Nearly 6 million French companies (4.8 million legal entities and more than one million individual companies) are listed on the INPI portal. This is less than the 9 million companies present on some commercial sites, but it is already a good start. The National Institute of Industrial Property (INPI) was given the task of storing the National Register of Commerce and Companies (RNCS) as early as 1951. Before 2017 the data were sold, but from 2017 onwards the INPI granted free licenses to operators responsible for reprocessing the data and extracting value from it. The interest of start-ups and private operators in these data is growing, since today no less than 1400 licenses have been granted, compared to 12 in 2017. “Data is the new oil”, and it would appear that corporate data is an up-and-coming field.

Not everything is available on the INPI data portal.

However, be careful not to form false hopes. If the volume of data available does not correspond to all existing companies (9 million against 6 million on the INPI data portal), the company files may not be exhaustive. We have carried out a few tests (which we filmed and which you will find in the video below) and found some differences.

In our first processed example (Smartadserver company), we find ten balance sheets available on paying sites (see screenshot below). In contrast, the INPI only gives access to 3 balance sheets and 16 other documents. 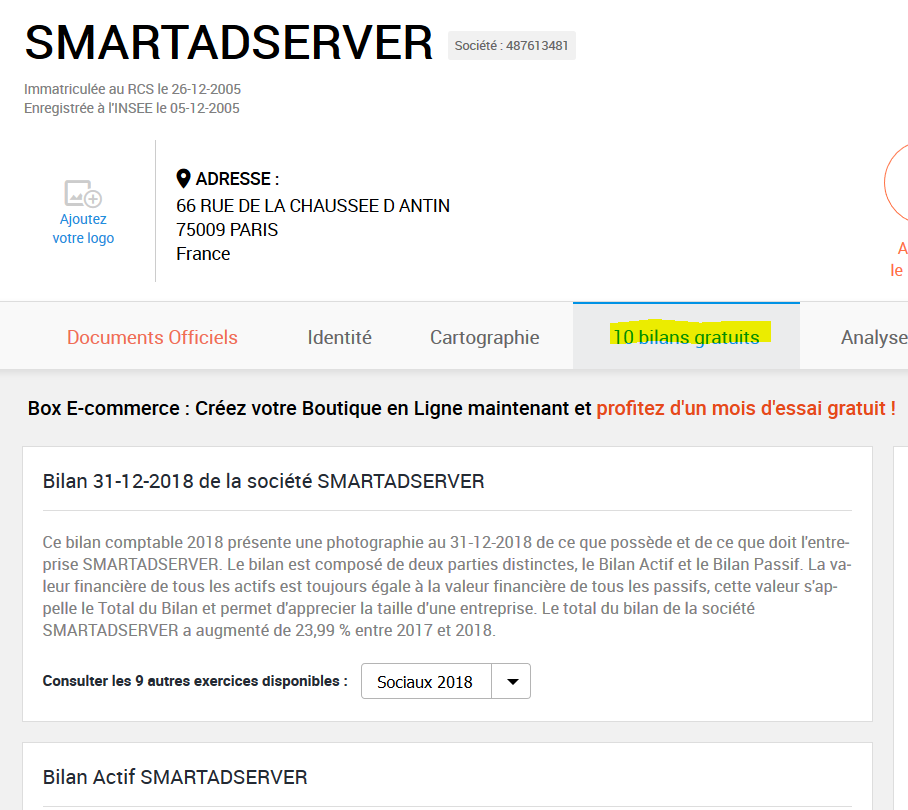 Screenshot of a data marketing site for French companies. For the company taken as an example, 10 balance sheets are available.

Example 2: liquidated company and only one document present

In another example that we deal with in the video, a liquidated company is not mentioned as such. Moreover, only a document (which is present twice on the INPI portal) is downloadable, even though the company in question has had almost 70 years of activity.

If you use the INPI portal for your competition research, we can only urge you to be very careful. Of course, it would be foolish not to try your luck and check whether documents are freely available. But this should not prevent you from checking that all the materials are present, and especially that all the companies included in your competition research are listed. To carry out this verification, we advise you to use another free tool, ODIL, set up by INSEE and to which we have already devoted a full article.