How radio consumption is changing among younger generations

I recently gave a speech on Big Data and Data Mining at the Radio Days of the EBU in Riga (Latvia) and met other fellow marketers and head of European broadcasters from all over Europe.

There are two big lessons learned that I want to share with you :

Statistics on radio consumptions across Europe

The average daily radio listening time in Europe is 2h42 in 2014. This figure has been stable since 2009. 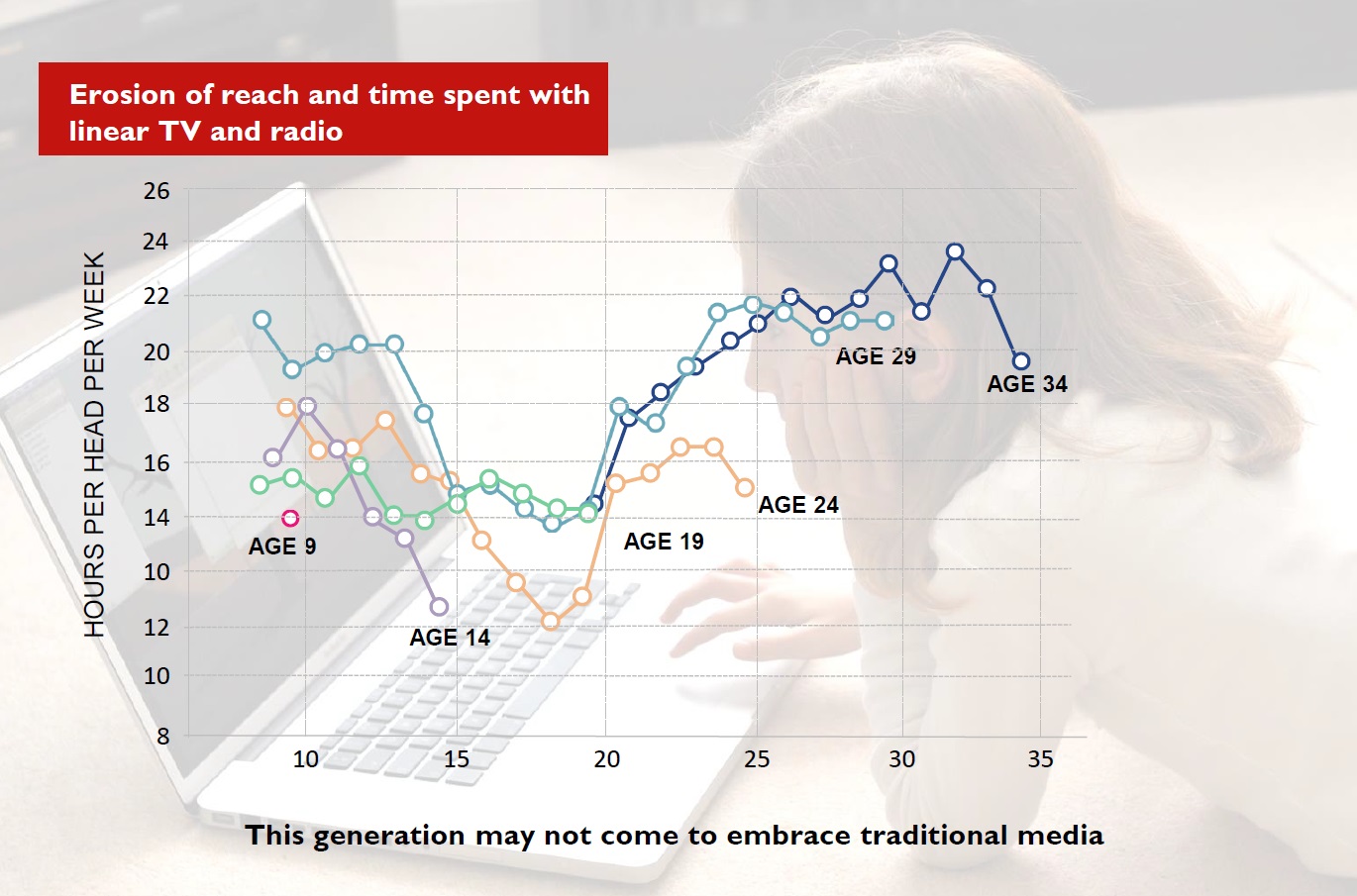 One piece of research presented by Nick North (BBC Director of audiences) is striking. It can be considered a longitudinal study of radio usages among the population. Before analyzing the results it’s important to understand the concept of linearity in media consumption. Linear TV and radio is good old TV and radio where the consumer receives a message without being able to change the course of the program. Non-linear consumptions include fast-forward, skipping, … all those new functionalities that allow viewers and listeners to take the power back and decide what they want to watch or listen. 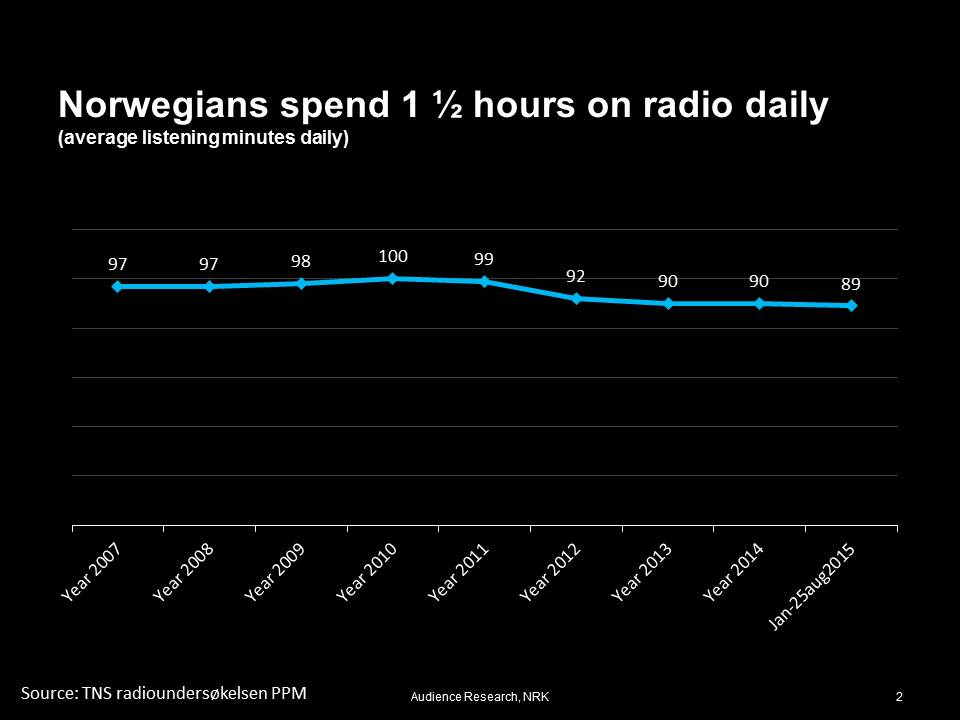 Traditional media should not count on consumers to change their habits. Linear consumption will become less and less popular and may certainly disappear one day. Media refusing to adapt will disappear on the long run. There is no other possible outcome.