[Podcast] How to augment your sales force using Artificial Intelligence 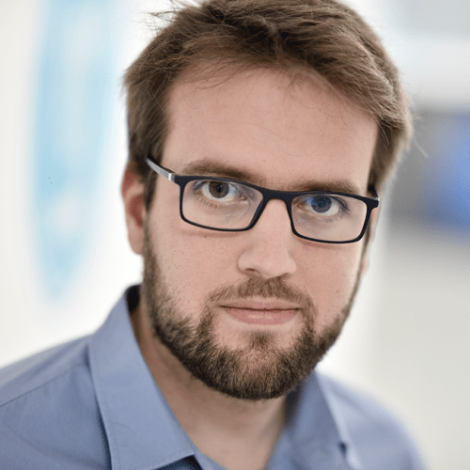 In this podcast, made on Christmas Eve 2019, I had the pleasure to welcome Adrian Pellegrini, co-founder of BlueDME, a French start-up that advises salespeople using artificial intelligence. The start-up first launched its services in the automotive sector before moving into the insurance field. Adrian Pellegrini had caught my attention when he published an article on LinkedIn about the ” augmented salesperson “. It is this concept of that I wanted to discuss with him, as well as the development and the future of his start-up. The story of BlueDME also illustrates the effectuation approach that is often applied in start-ups and that some tend to oppose to market research. You will, therefore, find in this article an insert on the effectual logic.

BlueDME has developed an algorithm that proposes to sales representatives’ specific actions to be carried out according to the probability that this action will bear fruit. Of course, it is the act of selling that is at the heart of the prediction, and this is what BlueDME’s algorithms will try to predict. The assistant acts as a guide that will suggest to the salesperson what actions to take based on their probability of success. The technology is based on three algorithmic blocks that are detailed in the podcast.

The term ” effectuation ” is widely used in entrepreneurship. I had already devoted an article to it in 2010 in which I included a comparison of the two entrepreneurial approaches: causal logic (“causation”) and effectual logic (“effectuation”).

Philippe Silberzahn, an expert in effectuation (I recommend his book “Effectuation: The Principles of Entrepreneurial Action”) writes:

Effectual logic is opposed to causal logic in the sense that it is a dynamic problem-solving approach in which goals emerge from the means available to the entrepreneur, not the other way around.

His vision of market research is sometimes extreme, and I don’t fully share it. Indeed, he tends to oppose market research and the effectuation approach, as if the latter could not rely on techniques provided by the former (which the case of BlueDME illustrates perfectly). On the other hand, I agree with him when he writes:

Markets do not exist ‘somewhere’, waiting to be discovered through in-depth market research or a stroke of genius. On the contrary, these artificial objects can only exist if they are created by someone, in this case, by entrepreneurs.

The company was launched initially on a specific idea for which market research had been carried out. However, this basic idea was challenged by the first two customers, and a pivotal move towards more concrete application cases was made. As in many start-ups, it is a specific customer request that pushes the company in a particular direction. These two customers were, therefore, the catalysts of technological developments leading to a product that better met their needs. Adrian Pellegrini evokes an agile approach (one release every three months) to meet these specific needs. The risk was, of course, that the final product would only be adapted to the needs of these customers. While Adrian admits that the specific developments represented six months of work, he feels that this effort was not in vain. Indeed, these tailor-made developments have helped to build customer loyalty on the one hand, and the team’s technical skills on the other.

That’s a piece of advice I could give to people who are listening to us and want to launch a start-up. Please don’t do what we have done, actually do market research at the outset.

The case of BlueDME illustrates well the tension that can exist between the effectual approach and the classical approach (causation approach). Indeed, Adrian Pellegrini explains that at the end of 2017, he used a traditional market research technique (focus groups) to generate new ideas and pursue developments. The ambition was to make the functionalities more generalisable and to find new markets. Here is how Adrian explains his approach:

My vision is a vision that has to be scalable, and so on this scalable vision, I have to go a little further.  And for that, what we did, and that was at the end of 2017, we did focus groups with some smaller clients. We sent invitations, we conducted audits of all our potential clients to say: OK, we have a platform that works well, but which is, in fact, a little specific to these clients. How am I going to get it out of there? And it took us about six months to extend the vision to other clients, especially smaller ones.

One may question the methodological choice that was made (the focus groups). But that is not the question. What I find remarkable is that the entrepreneur, at some point, realises his weaknesses and acts to remedy them. Not everyone has the presence of mind (or the courage) to solve problems.

Let us return to the methodological section mentioned above. The question is, therefore, which approach to use to generate new ideas.

I would tend to advise design thinking, a method that combines market research techniques (trend research, ethnography, qualitative interviews) and working in small groups to generate new ideas (the ideation phase). Focus groups are a confirmatory technique that should be used instead to validate working hypotheses.

The product proposed by BlueDME naturally raises the question of technology adoption and the resistance of technology users. Each technological advance brings its own set of resistances. I invite you to read this article that I dedicated to the opposition in the field of new media. There are other examples, such as the Luddites that I mention in the podcast.

Since BlueDME is intended to advise the seller, it is legitimate to wonder about the seller’s reaction. Will he accept this virtual help? Will he collaborate with it? Or will he feel threatened? These questions are all the more relevant as the improvement of algorithms requires that users feed it with data. This is the machine learning effect. The future performance of the algorithm, therefore, depends on the quality of the data returned to the machine by the user.

Based on market research, two promising sectors have been identified. The sales cycle is quite long, which explains the opportunity to support the sellers to better target their actions. These two sectors are real estate and health insurance (the mutual insurance sector).

We will be keen to take a fresh look in 2021 with Adrian Pellegrini to assess the company’s progress.

To read, to go further