According to the Wall Street Journal, Amazon is about to open large physical stores in the U.S. Of course, this is not the first time that Amazon has opened “brick and mortar” stores (Amazon Go, Whole Foods, Amazon Books), but these 3,000 square meters would imply a deployment on an entirely different scale. We propose an analysis of the reasons that could push Amazon to realize this strategic investment and the expected synergies. At the end of this article, we discuss the competitive advantage that Amazon could gain from data on its customers’ online behavior.

Nearly 77% of the US adult population is an Amazon customer, with 95 million subscribing to the Prime service. Amazon, therefore, has accurate data on 3/4 of the population, which provides fascinating insights to determine the best location for its stores.

The retail sector being moribund in the United States, Amazon has the opportunity to use its cash reserves to gain market share at a low cost and extend its virtual hold on the real world. Synergies with the existing supply chain promise to deliver attractive economies of scale.

Finally, Amazon’s data on the online behavior of its customers suggests some innovations and margin improvement through accurate knowledge of customer price sensitivity. 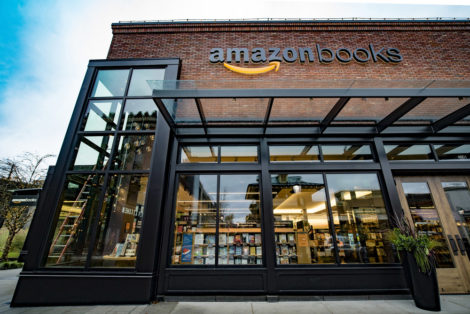 Physical stores are nothing new for Amazon. First, there are the 24 Amazon Books stores launched in 2015 and the 30 Amazon 4 Stars that feature an assortment of top-rated products. There are also the futuristic Amazon Go stores, whose technology is now open to third parties, and the 500 Whole Food supermarkets.

The logistics, an obvious synergy factor

We predicted a long time ago that Amazon would become a major player in logistics. These processes are a model for all players in the sector. Therefore, we can think that they can develop interesting economies of scale thanks to an extension into physical retail.
They could share the same logistic chains and alleviate the expensive part of the online business (delivery) with a provision in an Amazon store. 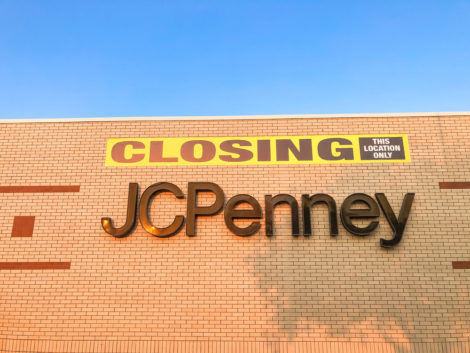 Amazon’s announcement, if confirmed, comes in a somewhat unfavorable context for physical retail. JC Penney and Neiman Marcus Group have gone bankrupt. Lord & Taylor has announced that it is abandoning offline retail to focus solely on online. The share of department stores in retail has been divided by 10 in 10 years. So why would Amazon venture into this area? Because it has the means.

Physical retail will not disappear anytime soon, and it may never have been so cheap to dominate this sector. Moreover, reconciling the physical and virtual worlds has long been part of the roadmap for retailers (see here the retail trends analysis we published in 2018).

Multiple improvements are possible thanks to data

Nearly 161 million people are Amazon customers in the United States. That’s 77% of the adult population. In other words, Amazon has consumer data on 77% of U.S. adults. Even better, knowing that 59% of U.S. customers are also “Prime” customers, this means that Amazon has data on multiple purchases for nearly 95 million U.S. customers.

With that amount of data, Amazon covers the entire U.S. and can finely predict what consumers want.

In a traditional retailer, at least 80% of the products are common to all stores. The sales outlet managers choose the “variable part” according to their perception of the needs of local customers. This exercise is, therefore, above all a human approach. Thanks to its data, Amazon could propose a greater personalization of the offer, as was done for Amazon Books. The latter featured titles that were particularly appreciated by online customers living in the neighborhood.

Even if dynamic pricing based on the customer is not for tomorrow, physical retail already practices several forms of dynamic pricing. Prices on Amazon’s website change every 10 minutes. Of course, price differences depend on the catchment area, and some stores vary prices during the day. With such a large amount of data and knowledge, we can imagine that Amazon will have a competitive advantage to improve margins in physical retail.

Its recommendation algorithm generates 35% of Amazon’s online sales. This is a collaborative filter whose efficiency is well proven. Therefore, we can imagine that in its future stores, Amazon will review the arrangement of products to take advantage of cross-buying as observed on its website.