In an earlier post we reported about an initiative launched in Paris to create interactive windows 3D printed elements made by Le FabShop. This initiative got launched by SEMAEST, a public organization which aims at promoting local retail in Paris. In December 2015 they gathered 10 retailers who rent spaces owned by SEMAEST : a flower shop, three book stores, a cheese shop, …

Before the installations got dismantled on 10 Jan 2016, I wanted to speak to the retailers, get their feedback and make a series of pictures to make sure the efforts those interactive windows don’t disappear completely.

The idea of the project was to recycle cardboards from local stores and reuse them to produce animated decors. The latter were manufactured using a little bit of high-tech : LED’s, printed circuits, photovoltaic cells and 3D printing technology. The result was lovely as the video below shows.

The business owners loved the idea. For some of them the installation presented however some inconvenience : it took space (and hence impeded the possibility to promote products) and was sometimes not always visible (like in the case of La Cremerie, a cheese shop, where the decor occupied the small right-hand window). In the case of the Nordest bookshop, the décor was put halfway between the bottom of the window and the ceiling.

We love the SEMAEST project. Although the effect on sales may be small, it shows how you can create interaction with your customers and re-enchant their lives. We hope other public organizations will be inspired by this project and will help small retailers improve the external appearance of their shops. 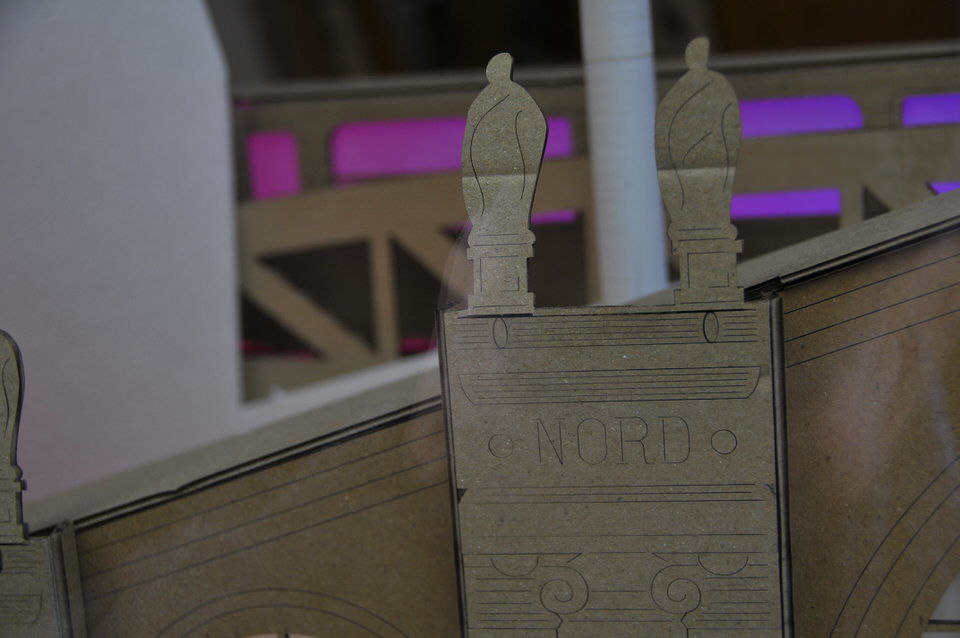 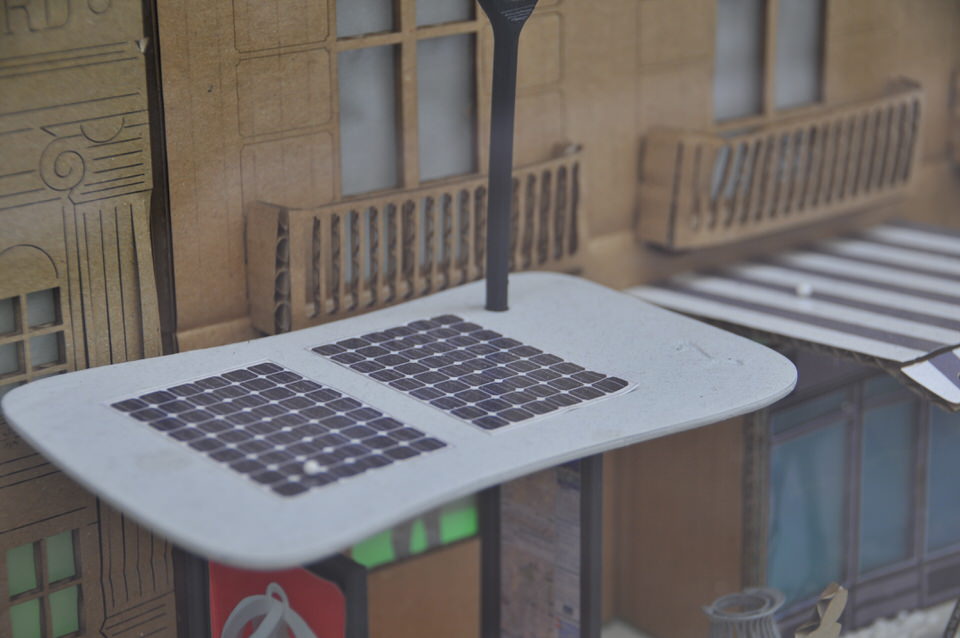 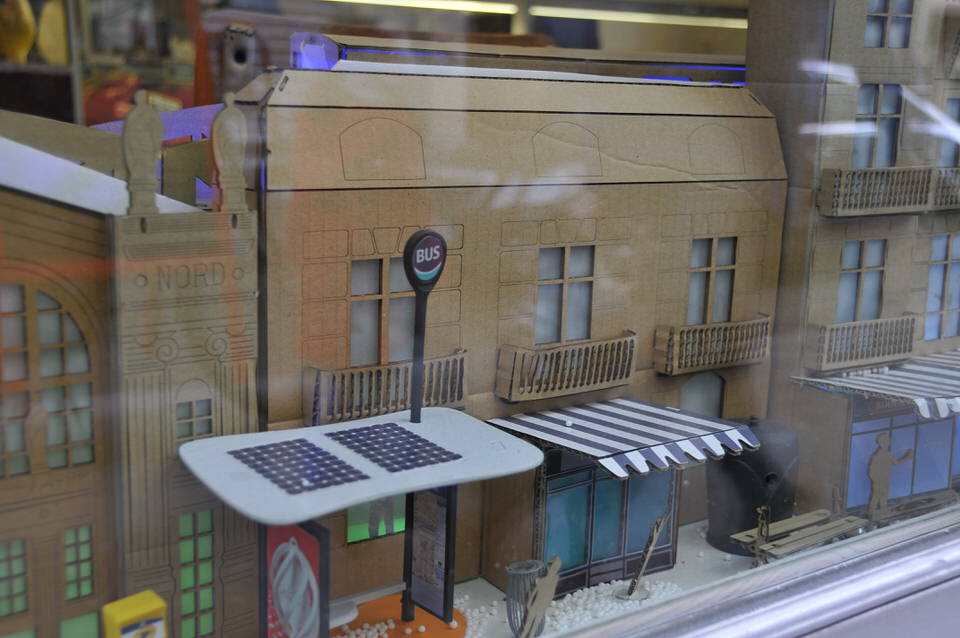 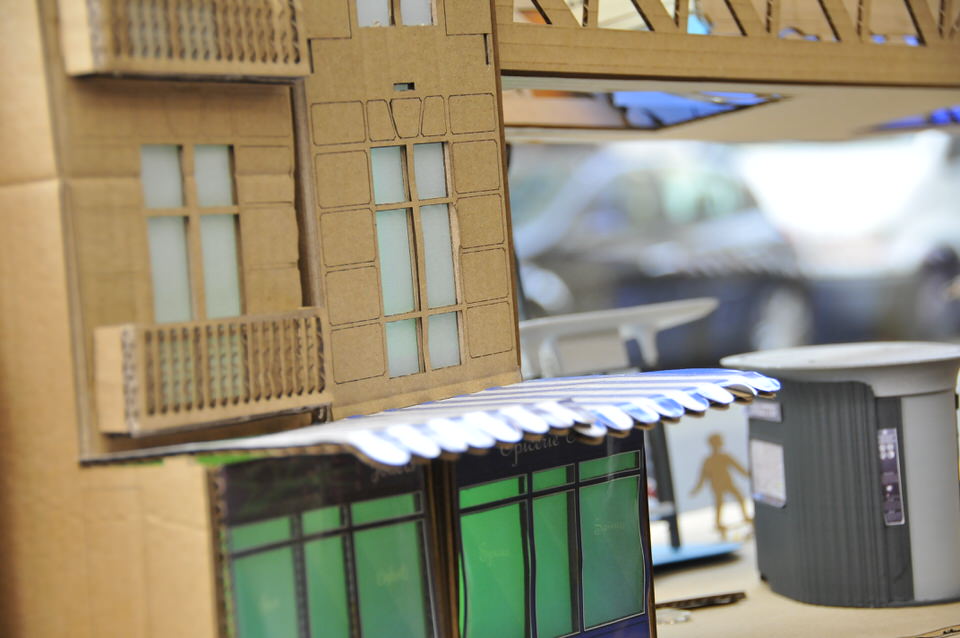 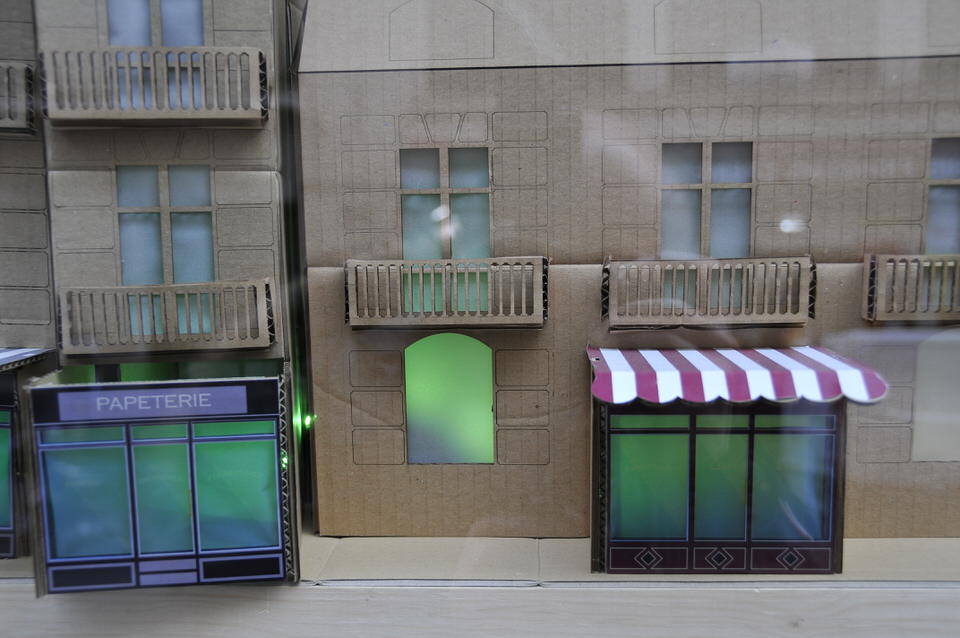 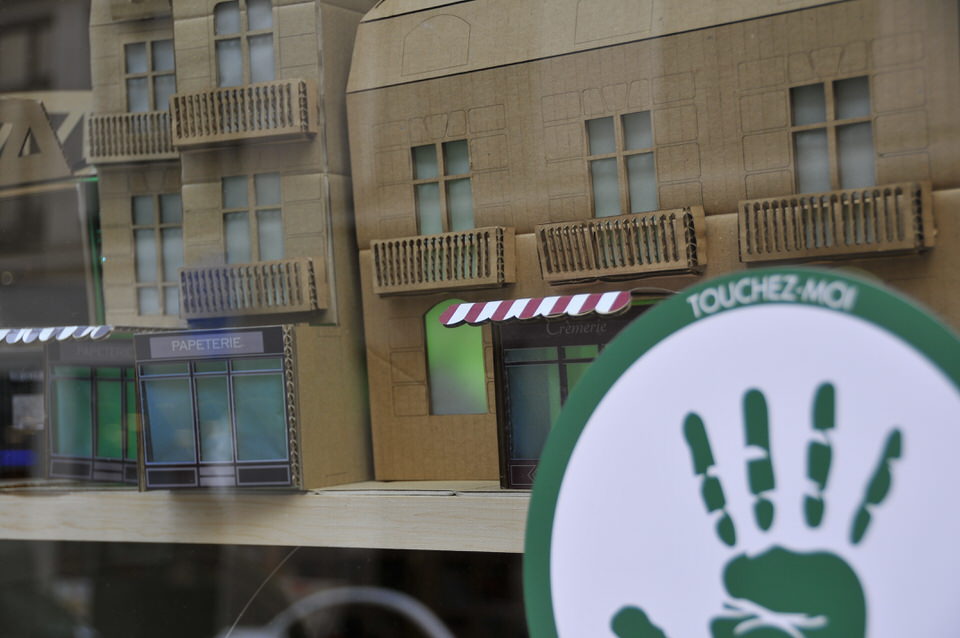 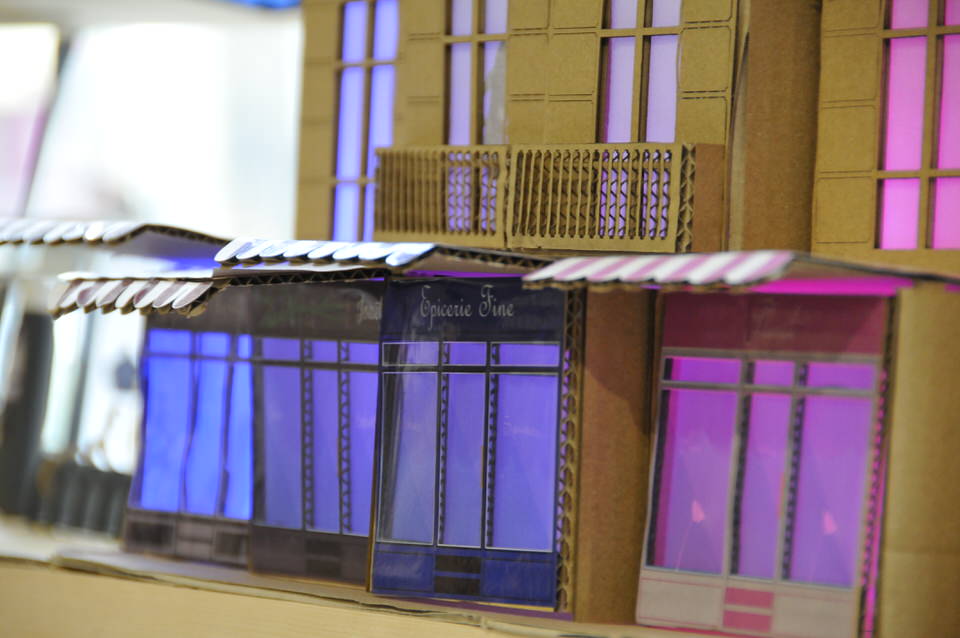 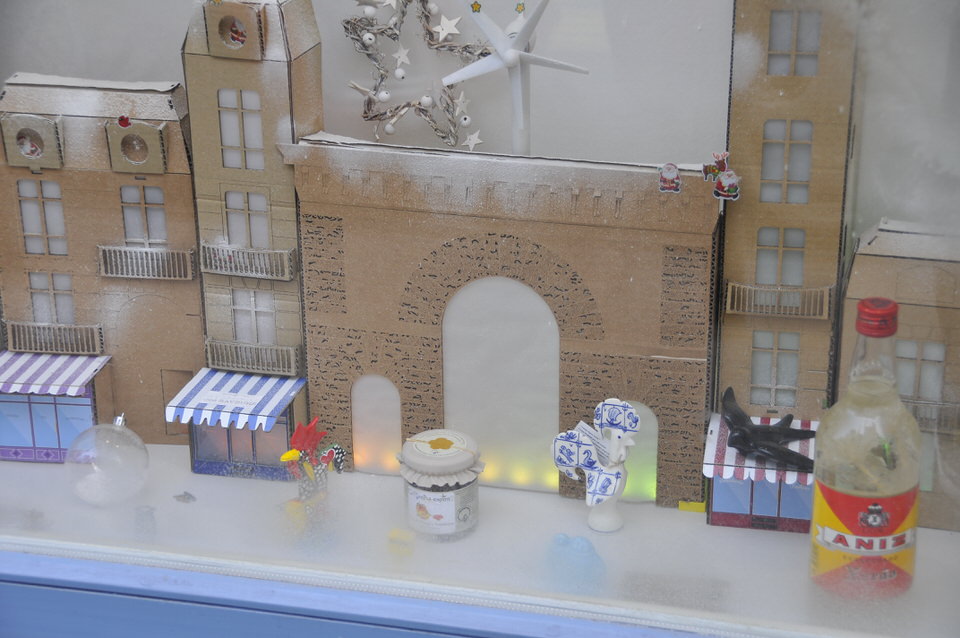 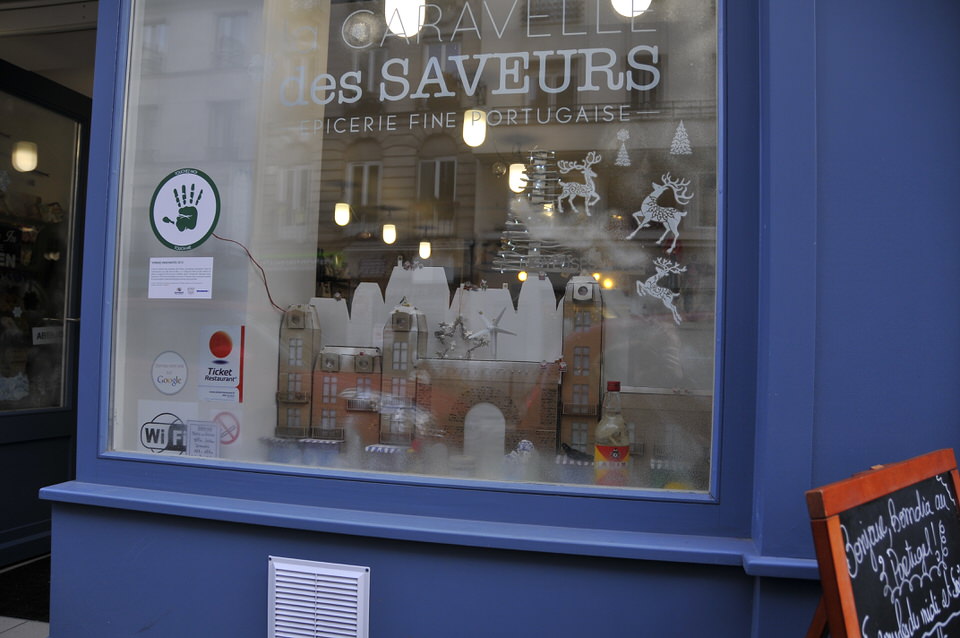 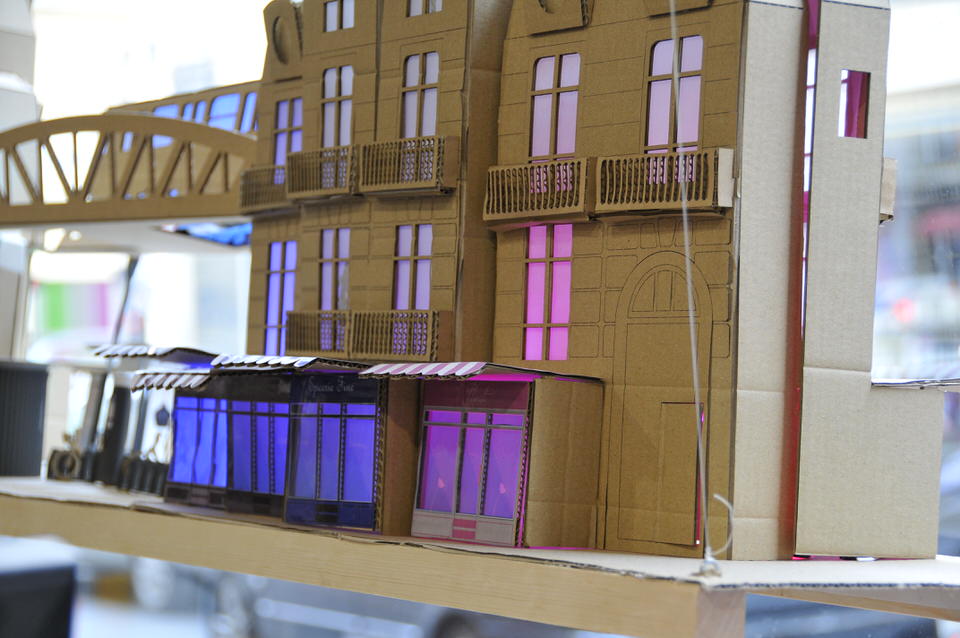 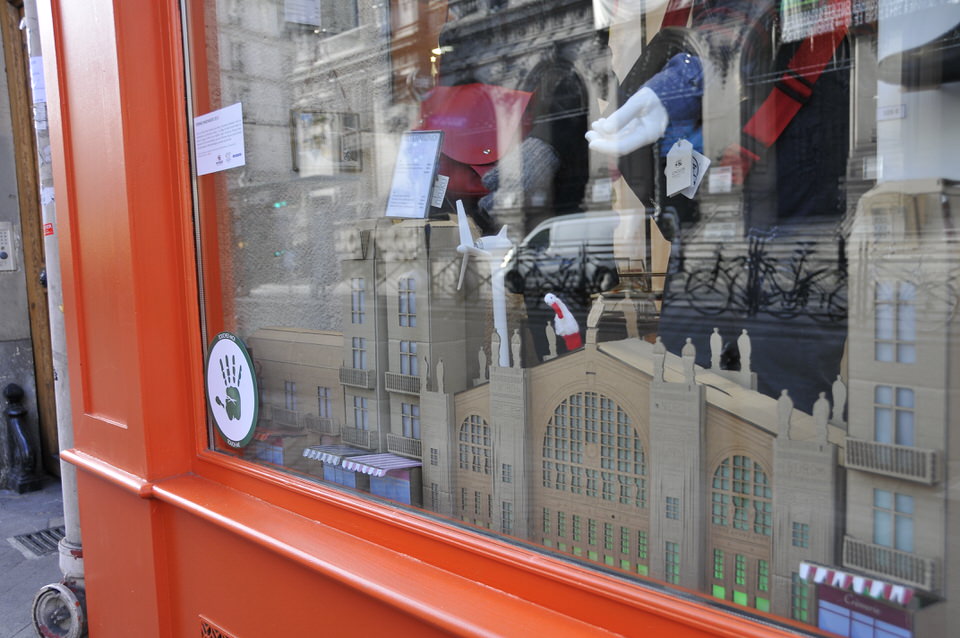