Home » YouTube allows you to delete your consumption history

Finally, a significant advance in the YouTube recommendation algorithm! Users now have the option to delete their consumption history or suspend data collection. To our knowledge, this is the first time that such a vital web player has allowed the user to influence the results offered to him, this is a positive step in the search for greater transparency and better data management.

According to Neal Mohan, recommendations are responsible for 70% of video consumption on YouTube. YouTube’s recommendation system is perhaps the best in the world. I expressed my admiration for YouTube’s efforts in an article published in 2017. Nevertheless, YouTube remains very opaque about how its algorithms work. For example, the company did not present its research at the RecSys conference and its proximity to Google also raises concerns that the personal data used may be collected outside the YouTube perimeter.

YouTube recommendations generate 70% of the consumption on the platform

Almost four years ago, I called for a revolution in the design of recommendation engines. The user must be the centre of attention; his trust must be regained, I argued at the time. One way to do this was to give back control to the user. I was pleasantly surprised to see that YouTube had introduced two new features that were along these lines: the complete removal of the consumption history on the one hand, and the suspension of the recording of the consumption history on the other, (see screenshot below). 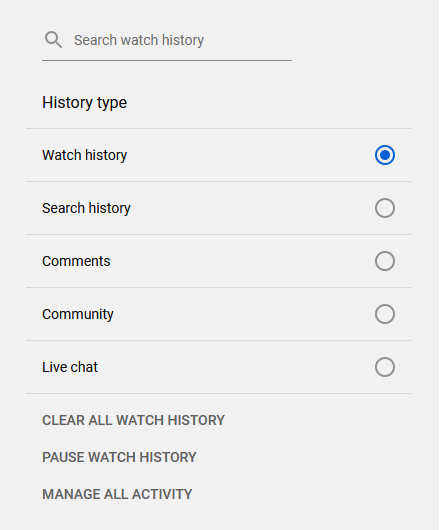 The recommendation algorithms never forget you

YouTube is to my knowledge the first major actor to introduce such a possibility. When you think about it, the situation is quite absurd. Most major sites (Google, Facebook, LinkedIn, Netflix,) use recommendation algorithms to boost their performance, but none give the possibility;

62.5% of Facebook users are unaware that information can be hidden by the algorithm

Try, for example, to disable Facebook’s algorithm that chooses which news to show you and which to hide. Most Facebook users are unaware that the algorithm is hiding content from you. Yet 90% of what your friends publish remains “hidden”. There is, therefore, a legitimate interest in wanting to disable an algorithm that deprives you of content. But this possibility does not exist.  This leads to a rather frustrating effect that you have probably already experienced. You see content that interests you in your Facebook feed. In the meantime, you click on something else, and when you come back, the algorithm has worked, and you can no longer retrieve the content you had identified a few seconds earlier.

In an ideal world, it would be necessary…

In an ideal world, everyone should be able to leave the bubble in which they live to discover a different world. I’m not saying that these bubbles are the result of algorithms. To date, there is no scientific evidence. But it would be necessary to be able to disconnect the algorithms from time to time, to be able to confront a digital world “in disorder”, unsorted, where chaos becomes a source of discoveries again; serendipity if you like.

My manifesto for a better algorithmic world is as follows: