IntoTheMinds realized a survey of 472 company executives to measure their perceptions of the impact of the war in Ukraine on their business. Through this research, we sought to understand whether the tense geopolitical situation affected their morale and impacted their employment and investment decisions.

The results are surprising in more than one way, as they show tremendous psychological resilience and positive expectations for the evolution in 12 months. We highlight differences in perception between SMEs and large companies and between men and women. Women are more pessimistic, which echoes our research on entrepreneurship.

Evolution of the economic situation over 12 months

This result, obtained during the first days of the war in Ukraine, demonstrates the psychological resilience of decision-makers in companies. They are not panicking and are betting on post-Covid growth to sustain their companies’ business. 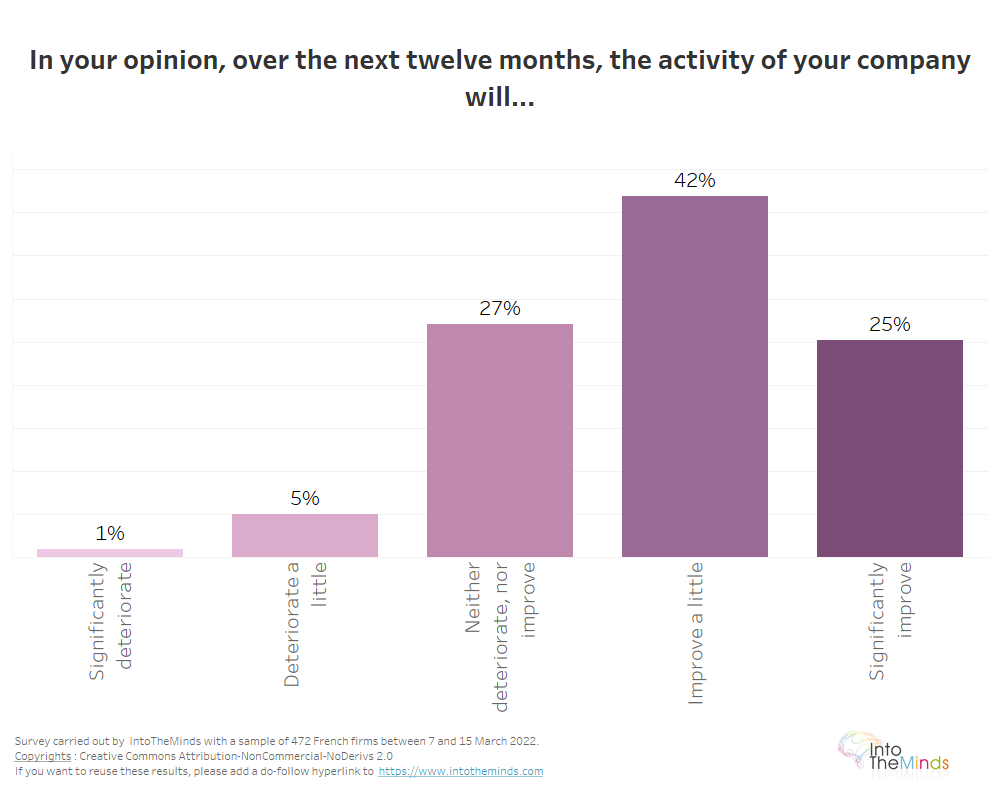 Impact of the economic situation on investment decisions

The good mood of the decision-makers surveyed is also reflected in their investment decisions. The current economic situation is viewed more positively. Only 14% of respondents believe that the current period is unfavorable for investment, compared to 41% who consider it favorable. Forty-three percent of large companies see investment opportunities, compared to 36% of SMEs.  There is, therefore, a little less enthusiasm on the part of small and medium-sized companies. 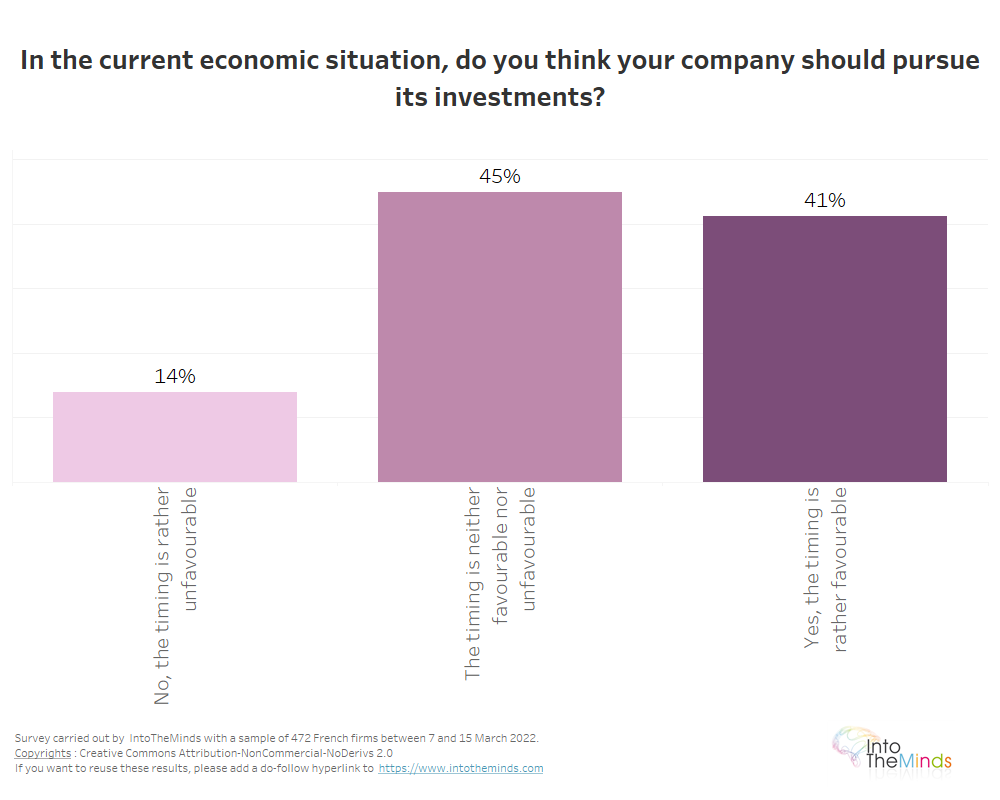 Impact of the economic situation on recruitment 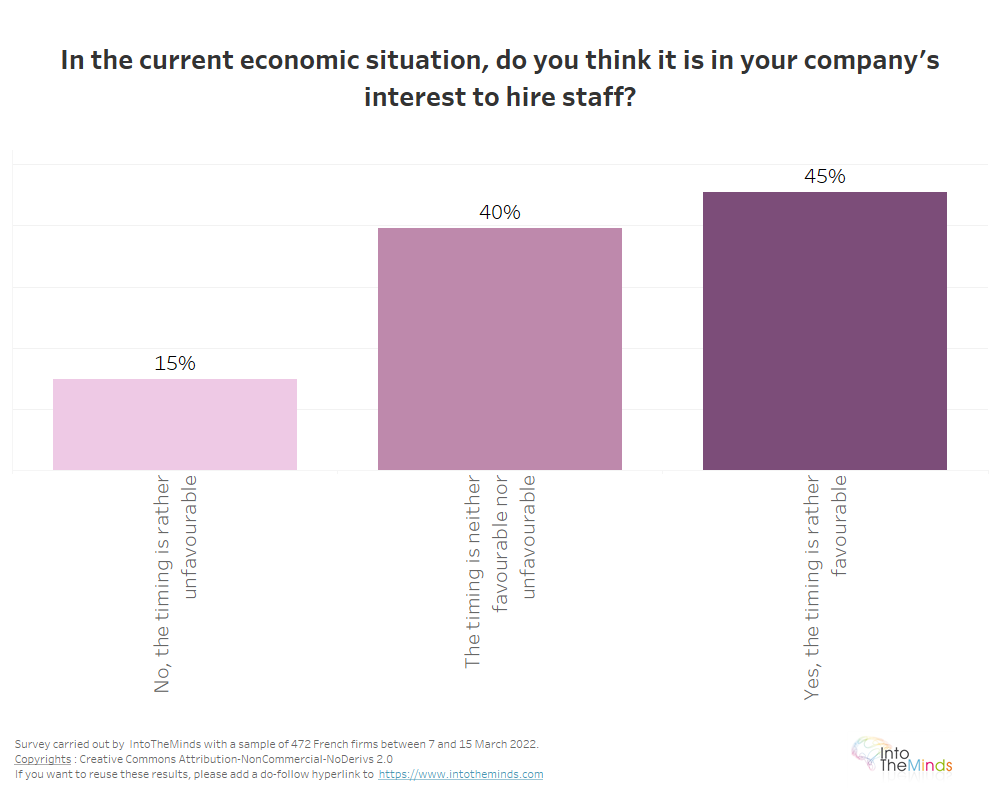 Impact of the war in Ukraine on the activity of companies

The war in Ukraine may be on Europe’s doorstep, but company executives are not worried about it much. The majority (43%) believe that the war will have no impact on their business. Only 35% think that the Russian-Ukrainian conflict will negatively impact their business.

However, the situation differs according to the size of the company. There are apparent differences between SMEs (<250 employees) and large companies. The enthusiasm of large companies (24% consider the impact to be positive) does not seem to be shared by SMEs (15%). 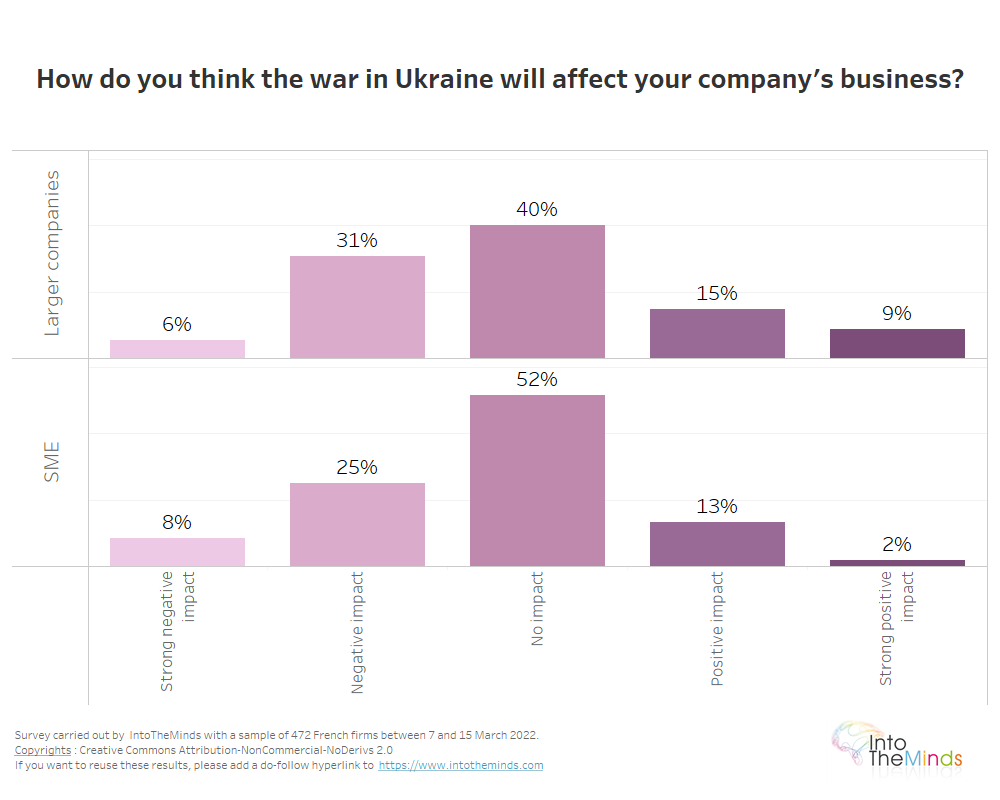 Impact of the war in Ukraine on the competitiveness of companies 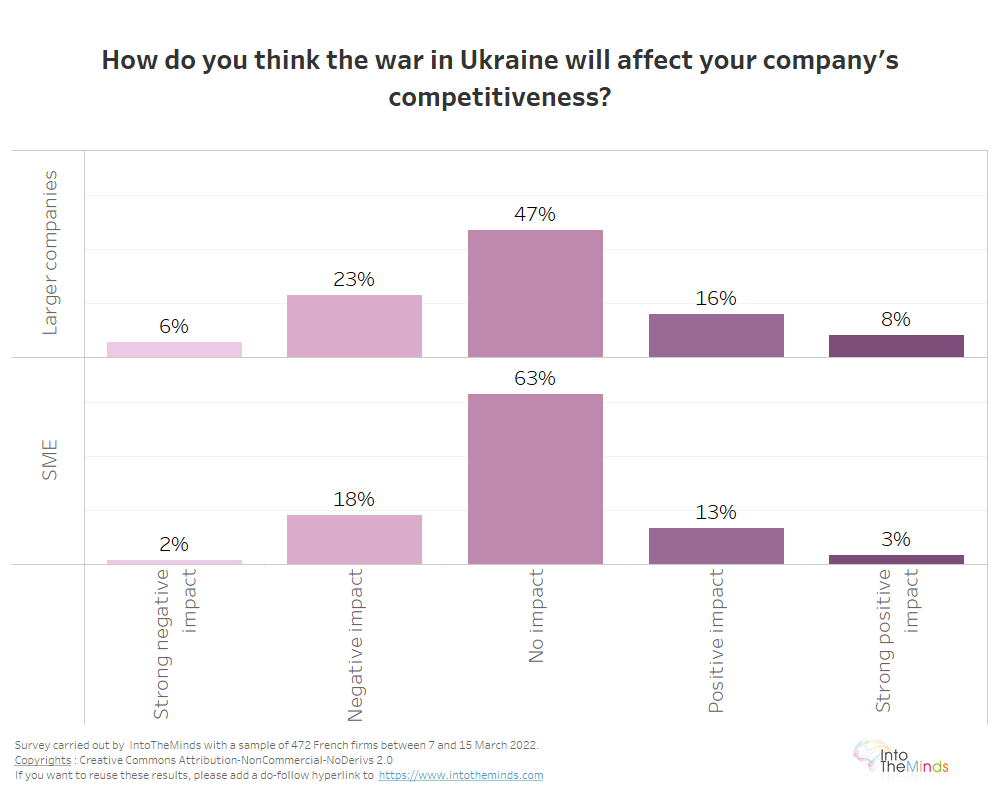 In the last part of this article, we focus on understanding how the results vary by company location and size.

We recode the previous results and assign a score to each response:

The graph below shows the average according to the size (SME / Large company) and the company’s location (capital/province).

In terms of competitiveness, there is an effect linked to location. Companies located in the provinces seem to be more anxious about the evolution of their competitiveness. 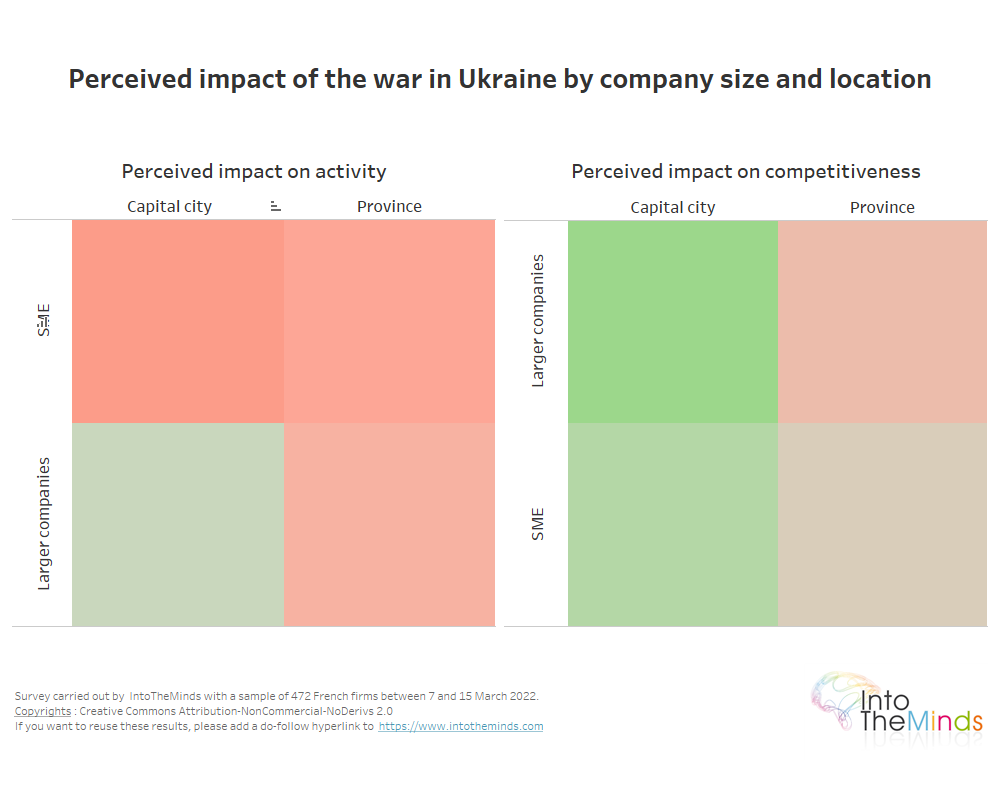 Finally, we examine the differences in perception that exist according to the gender of the decision-maker.
Our results show significant gender differences.
In terms of activity, women are slightly more pessimistic than men. The average score given by women is -0.24 compared to -0.11 for men.
When it comes to competitiveness, the difference is more apparent. Men are optimistic that their company’s competitiveness will improve, while women anticipate a deterioration.

While this result echoes the one we obtained in our primary research on entrepreneurship, we must be careful not to jump to conclusions. It could be that women are more present in specific sectors of activity that are more inclined to suffer from the effects of war. 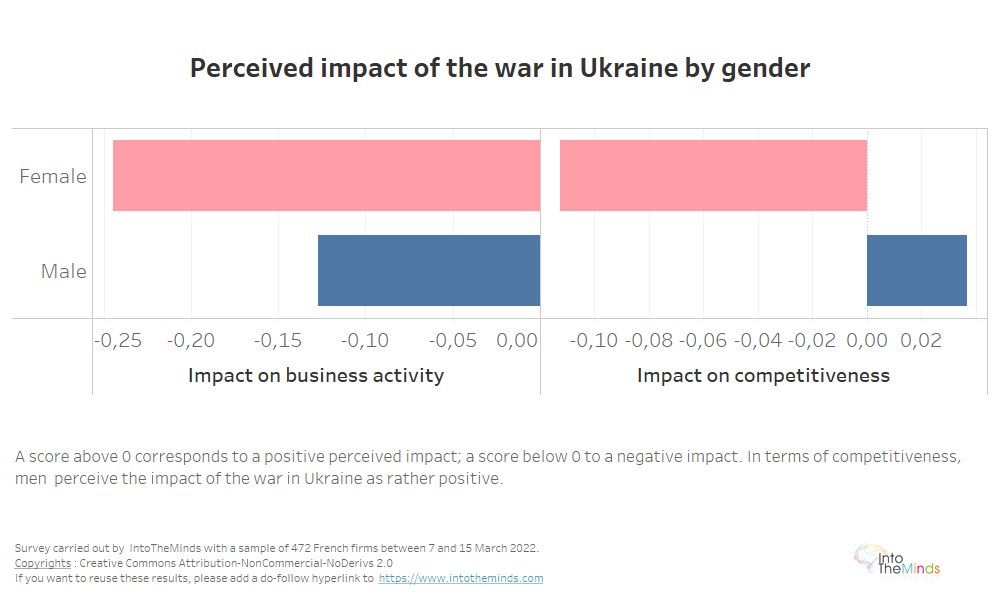