Signs of the Times : an artistic project on algorithmic recommendations

Home » big data » Signs of the Times : an artistic project on algorithmic recommendations

Recommendations are everywhere online but offline recommendations have never been heard of. Until New-Zealand based artists Scott Kelly and Ben Polkinghorne chose to use this widespread technology in an offline context.
The result is an eye-opening experiment called “Signs of the Times” that forces us to look at the predominant place recommendations have taken in our online lives. What would we do without recommendaiton engines ? While the fear of filter bubbles exists (and we tried to nuance it in this article), the latest Reuters report on digital news notes :

“Echo chambers and filter bubbles are undoubtedly real for some, but we also find that – on average – users of social media, aggregators, and search engines experience more diversity than non-users.”

Whether or not the filter bubble exists is not the question adressed in the work by Scott Kelly and Ben Polkinghorne. Their artistic perspective however sheds light on the very existence of recommendations which is ignored by the majority of people. The lack of education on Big Data and computer science leads our fellow citizens to ignore the roles of machine in their online lives. This is the real problem : transparency. Not only do algorithms need to be transparent in themselves, but their mere presence on a website needs to be transparent for the user too. Here is the challenge.

Ben Polkinghorne was kind enough to give us an interview on “Signs of the Times”. 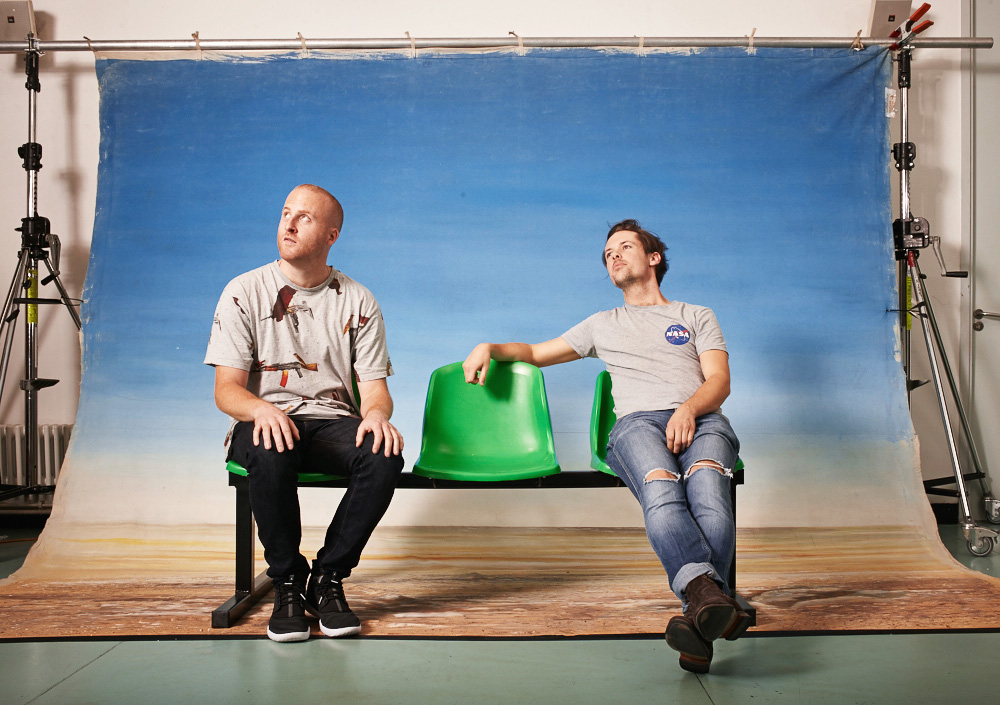 IntoTheMinds : What is the message you want to pass along with your work ?

Ben Polkinghorne : That we should be conscious of the decisions made on our behalf without our consent. These algorithms are popping up everywhere. A lot of the time they’re useful. You might indeed like those shoes or want to watch that movie. Other times they’re more covert. They serve you up news they think you will want to consume, which has the undesired effect of keeping you in an echo chamber. It’s also worth pointing out that as the online and offline world merges e.g. Alexa in our living room and Siri in our pocket, we need to be careful.

At the same time, we’re not trying to scaremonger. We just thought it was a timely observation to make.

BP : Well, you could argue guns aren’t a bad thing. It depends who’s using them and for what purpose. On a personal level, recommendations have enriched both of our lives. We imagine they’ll continue to do so. It’s just something to be aware of, that our decisions are starting to be made for us. It might not be that scary now, but what about in 10 years time? Will we even have a say in things, or will algorithms direct us to what we want to do next?

ITM : In your work recommendations don’t obfuscate the global “perspective”. They are just a minor element of the landscape. Is this a manifest against the predominance of online recommendations ?Do you suggest recommendations should take less space online ?

BP: It’s hard to say. Sometimes they can be genuinely helpful. Other times they’re a hindrance. Context is everything. If I’m trying to buy a potato peeler, don’t try and sell me an egg whisk.

ITM: If you could change the way online recommendations look or work, what would you do ?

BP: What if the recommendations showed you the social profile of the people who bought these things? Who are these people? Frank from Michigan? Kylie from Sydney? These algorithms are based on data. Why not lift the curtain on the data and show the raw information? We hope Mr. Bezos isn’t reading this as it isn’t necessarily a good thing, but it would be an interesting development.

Jeff, you there? We’d love to know if you saw our project. 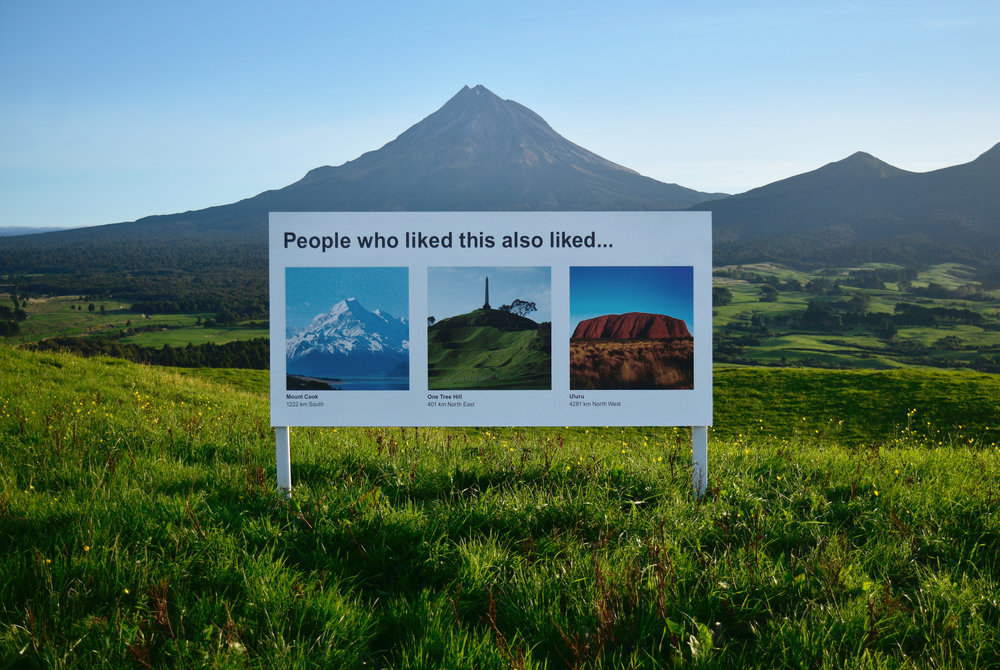 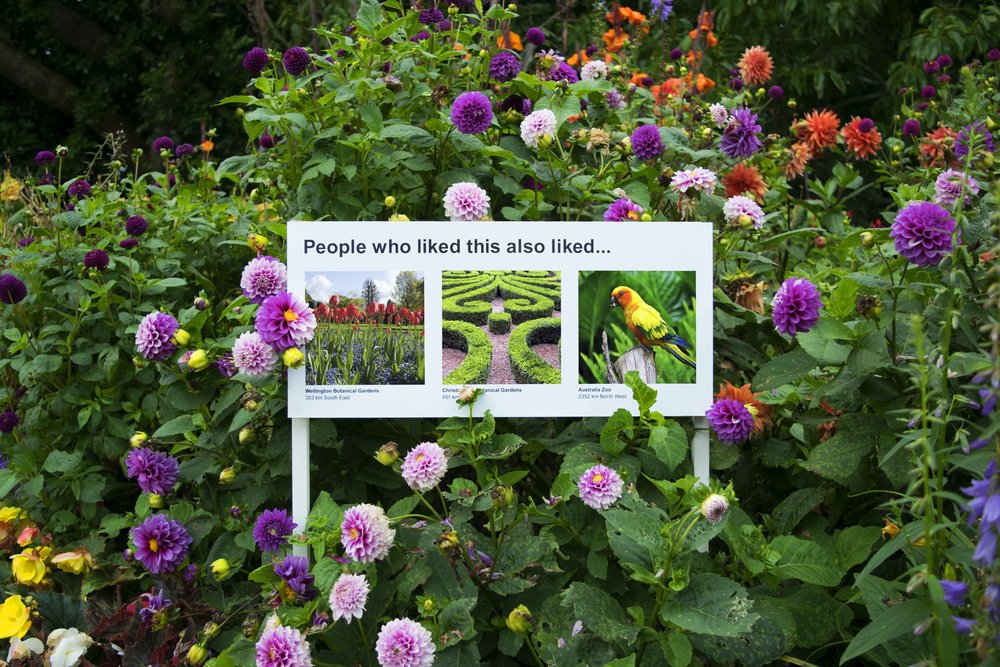 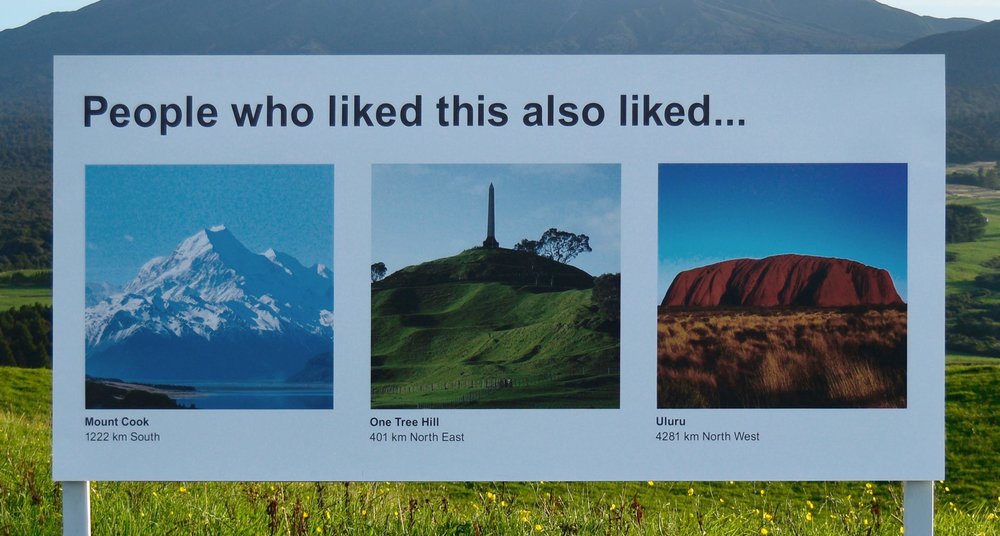 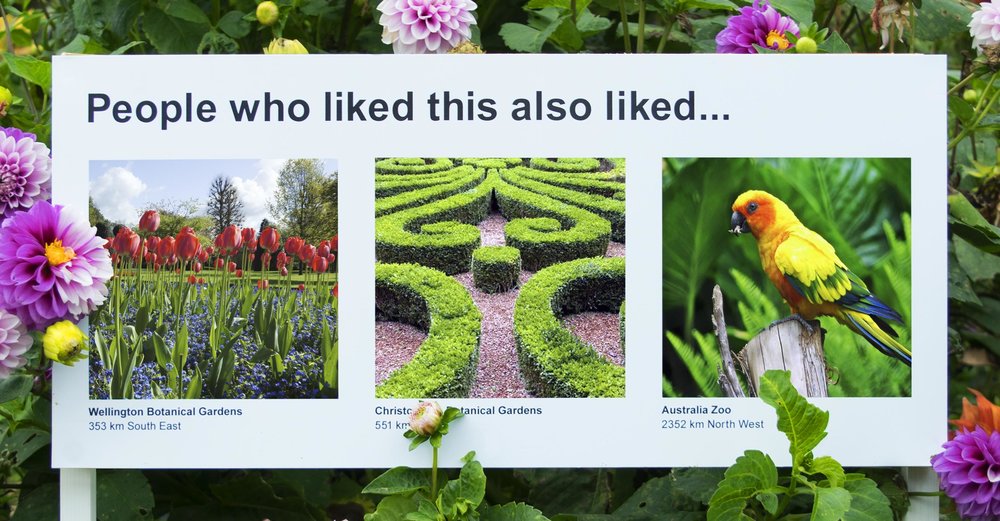 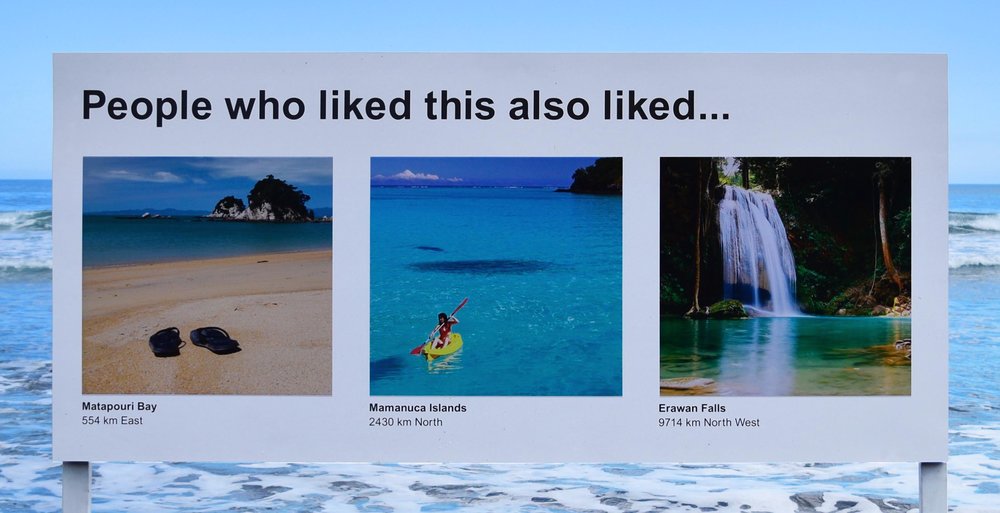 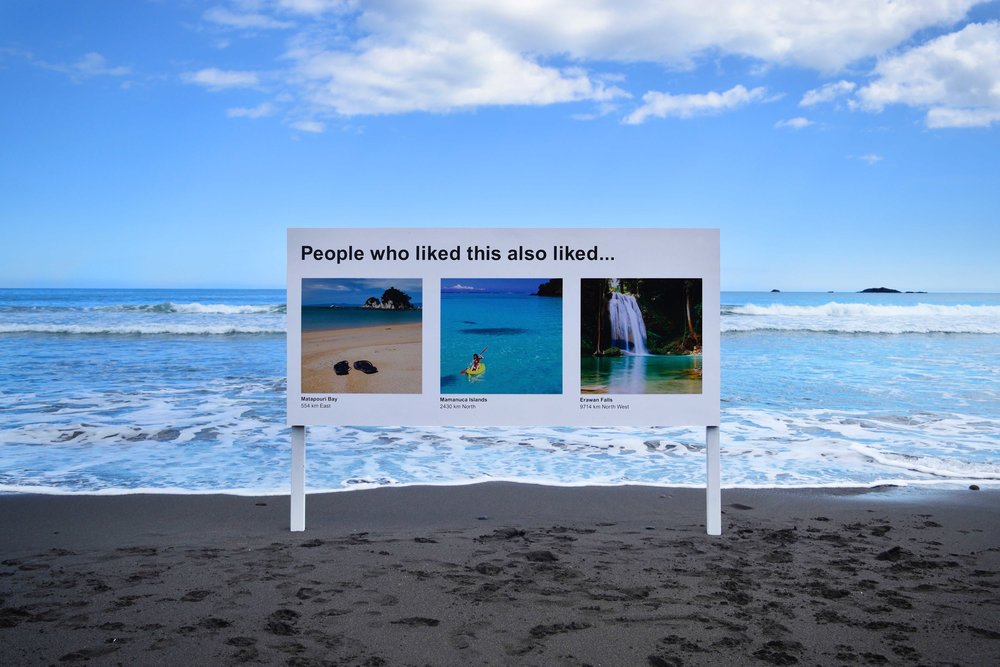 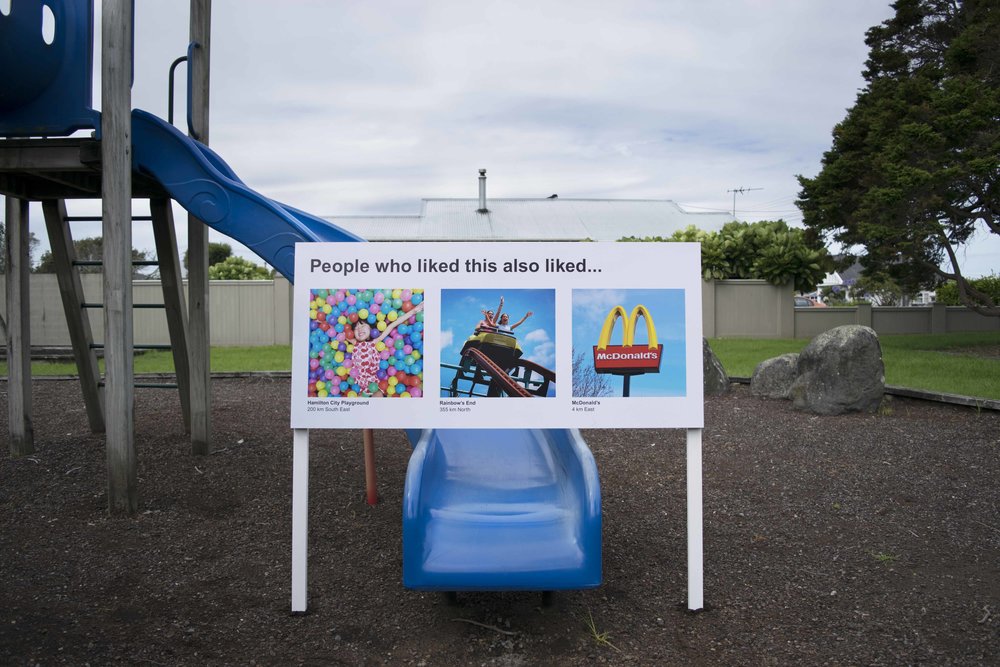 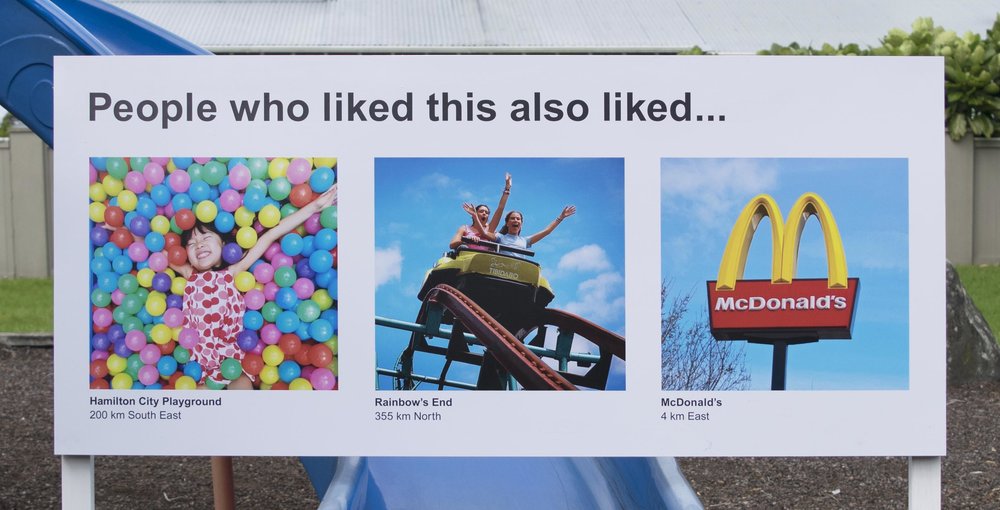 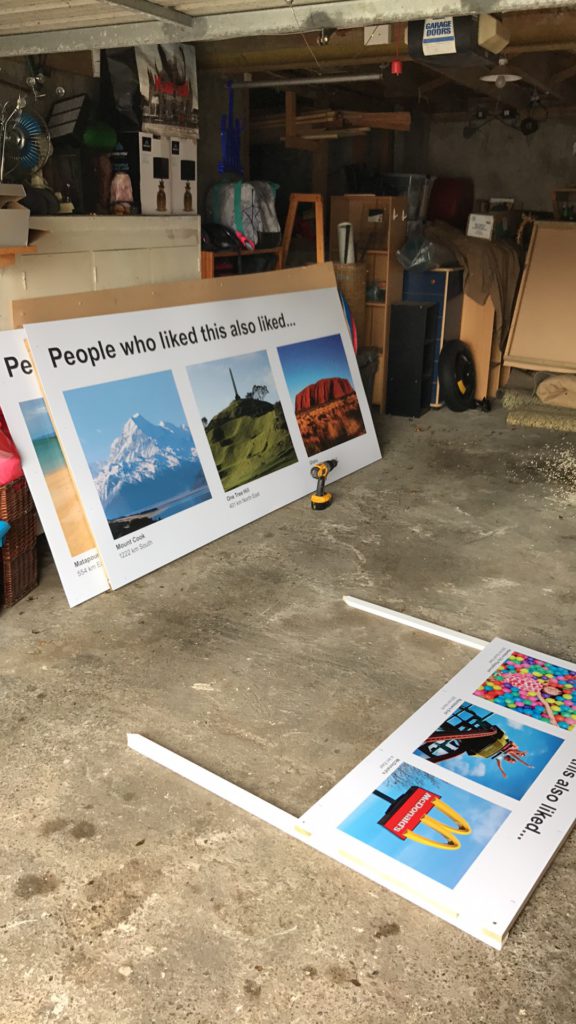