Sabine Laruelle, Belgian ministry of SMEs, on the importance of entrepreneurship

I was listening on Dec. 13th to an interview of Sabine Laruelle, the Belgian Ministry in charge of SMEs, on a local Belgian radio (Twizz).

In a crisis context like the one we are currently going through, it is perfectly understandable that the attention of the States focuses on entrepreneurs. For instance Bruno Wattenbergh, the Managing Director of the Brussels Enterprise Agency, was dealing the other day on RTL with the powerty problems 15% of the entrepreneurs are faced with.

Going back to Sabine Laruelle, the journalist asked her how much was needed in terms of capital to start a company. Of course it depends on many factors, and it was also the answer of the Ministry. Mrs. Laruelle stressed in first instance the need to be accompanied to increase a venture’s chances of success and then went on to talk about the funding possibilities. And this is the part where I can’t agree with Mrs. Laruelle. She mentionned that funding institutions (like the Fonds de Participation Bruxellois which lends money to entrepreneurs) could also help in starting a venture if banks failed to.

Let’s be very clear. I don’t think it’s the State’s role to lend money to entrepreneurs. It’s the banks’ role. Now, don’t get me wrong. It’s definitely great that such institutions exist but their existence is only the mirror of deep malfunctions of our system. If banks don’t lend money to existing companies and start-ups there is something wrong happening. And this is unfortunately the case. Although the acceptance rate is relatively high in Belgium (80%), the years to come will be increasingly difficult for companies needing money to fund their growth.

Under this perspeective I found interesting to look back at banks’ past advertisements. 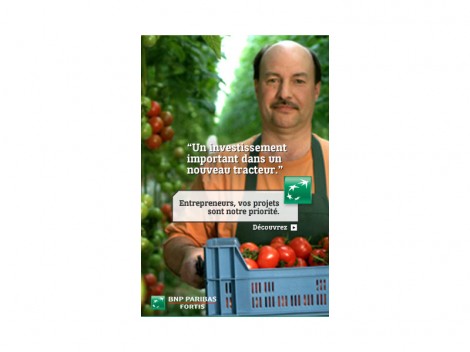 BNP Paribas tried to differentiate itself by communicating on its lending money to the agriculture sector (think a second about why it should actually be a differentiation point) probably at the worst possible moment, and the Societe Generale reminds you its aim is to help entrepreneurs by lending them money … 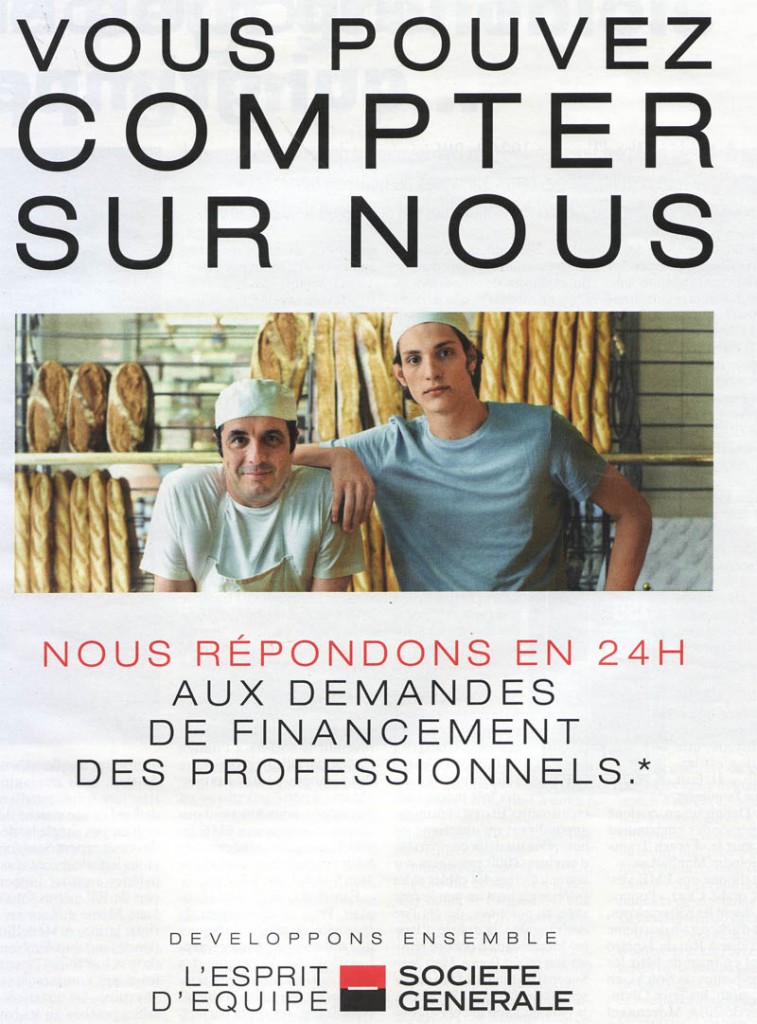 … well actually not to all of them as you can barely read at the bottom of the ad (the agriculture sector as well as start-ups are excluded of the offer).

The agriculture sector as well as start-ups are the two categories most in search of funding … isn’t there something paradoxal here?