RAGE 2015 study : customers more dissatisfied than ever with complaint handling

The 2015 edition of the RAGE study is out … and guess what ? Post-complaint satisfaction has never been so low and firms seem to keep doing the wrong things about complaint handling.

Complaint handling practices are obviously wrong in most firms and as the results below show, particular attention should be given to the quality of the interaction between the customer and the employee. Customer satisfaction is essential.

The TOP3 things people want are all related to what we call interactional justice. Interactional justice is defined by sociologist Schermerhorn (1996) as the degree to which the people affected by a decision are treated with dignity and respect. It describes the manner used to exchange information within any exchange, and can be perceived differently depending on how it actually occurs.

The table below, from the 2015 RAGE study, correspond to consumers’ expectations when lodging a complaint. The TOP3 expectations of customers are “to be treated with dignity” (respect), that the offending company puts itself in the complainant’s shoes (empathy), and assurance that problem will not occur again (reassurance). 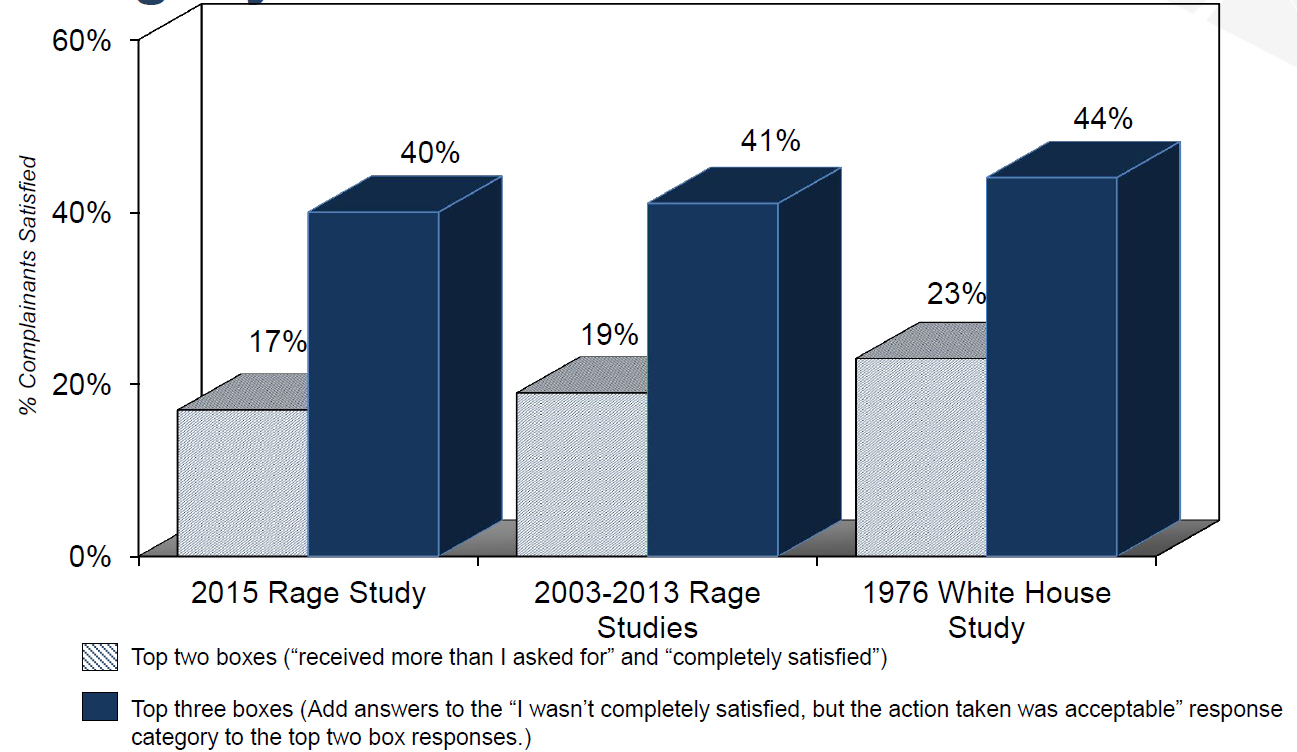 Complainants are looking for reassurance

We took the raw results of the study and work on them a little bit to let appear the biggest differences between what they expected and what they got. The situation is slightly different. As you can see the TOP3 is inversed. Reassurance is what is least given, followed by empathy and respect. 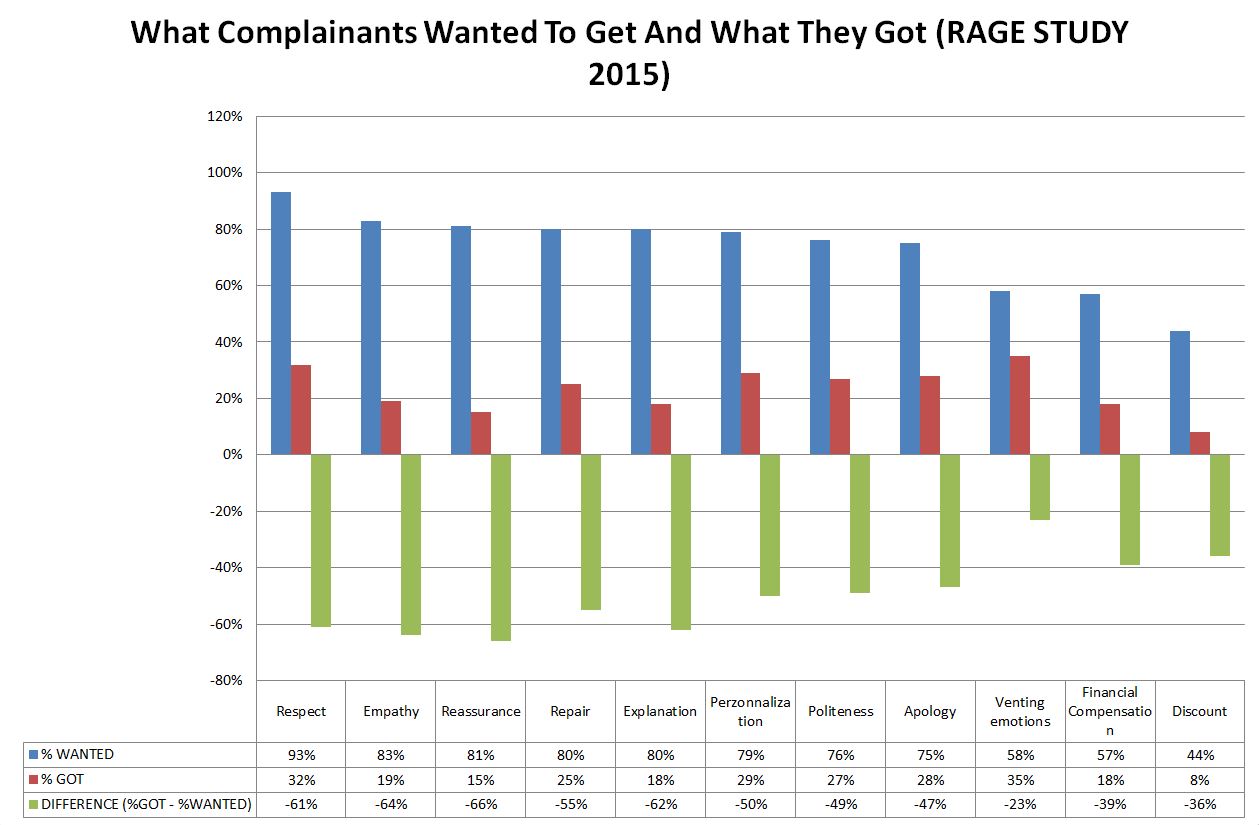 Despite some 30 years of research on the subject, tons of managerial recommendations, firms still don’t get it. If your organization wants to differentiate itself from the crowd and set up new standards in service quality, make sure you talk to us first. We have unsurpassed experience in the field of complaint management.