We litteraly fell in love with TwinKind, a 3D printing startup located in Berlin that we visited in April. After the teasers of last week, here comes the time to go more in depth with an interview of Timo Schaedel, Twinkind’s founder

IntoTheMinds: Timo, you’re the founder of Twinkind. Who are you and what have you done before Twinkind ?

Timo Schaedel: I have been developing and directing international commercials for clients such as Mercedes-Benz, Panasonic, Audi or Fiat, amongst many other creative enterprises, too. After founding my own production and post environment and although I loved what I was doing, I suddenly had the vision of creating realistic 3D sculptures and came up with the idea.

IntoTheMinds: How did you get the idea of Twinkind and what did you do to evaluate its market potential?

Timo Schaedel: As an advertising director I became fascinated by the idea of capturing the moment with the help of 3D technology. As 3D printing became more and more advanced, I decided to concentrate on 3D portraits, mini-twins as we nick-name them, as an advanced addition the the medium of 2D photography. The sheer potential soon became obvious when we have started our pop-up project in Hamburg in June 2013 and received tremendously motivating feedback from around the globe. TWINKIND moved to Berlin in autumn of last year in order to be able to present itself in the vibrant and innovative scene of Germany’s capital Berlin and the world around it.

IntoTheMinds: Which difficulties did you face to launch your startup ? Did the need financial support from the banks and how did they react on your project ?

Timo Schaedel: The project was originally privately funded by my work as a director. Shareholders came on-board, things advanced, the value of the project grew.

IntoTheMinds: Why do people actually order a figurine of themselves ? Is this pure narcissism or are there other reasons ?

Timo Schaedel: Narcissism as you put it is often raised as a question. We believe that people do not wonder about this when taking “normal” photo snapshots or when we look at the current trend of the so-called selfie. At the bottom line there are many reasons, the list is endless. Particularly families love the concept of capturing a moment in time.

Our visitors palette is very broad, from new-born babies to retired couples. Pregnant women, families with their favorite dog, men who hold up engagement proposals, graduates with their certificates, businessmen in their best clothes – we have seen them all. Figurines of married couples have become popular cake toppers for wedding cakes.

The different aspects of the new medium are also being artistically explored. For an art project for example we recently created a naked sword carrier and a clown.

IntoTheMinds: The figurines you produce are really amazing in terms of quality. Can you tell us a little bit more about you developed the process, the time it took, the technical difficulties you faced?

Timo Schaedel: We have spent a really long time developing our scan and production technology. We are very proud to have achieved this level of quality and that we are leading this subsystem of 3D technology. The beginning of every production process is our 3D scan set-up which is about 20 sqm in size in our Berlin store. Here about 100 high-end digital cameras take pictures in the split of a second.

The way to the proof of concept and ultimately the ability to produce a large quantity of products still hold a broad range of sometimes serious challenges. The material for instance has its very own physics to it, it tends to deform during the print if you do things wrong. Vibrant and life-like colors are difficult to achieve. The devil is in the details.

Invisible angles, say between the hair of a woman and her face, play a huge roll here. One of our secrets I can tell: a lot of costly attention to non-obvious things.

IntoTheMinds: With your technology you’re clearly ahead of the competition. What are you plans to keep that technological advance ?

Timo Schaedel: We have started co-operations and focus on introducing new technology which will hopefully be the next step in the evolution of possibilities. The ultimate goal is 100% photorealism.

IntoTheMinds: What can we expect from Twinkind in the near future? New products, enhanced technology, new locations ?

Timo Schaedel: Hopefully a mix of everything. We are working on our roll-out. Stay tuned. The chances are very good that we appear in a place near everybody soon.

20 years from now we will make these little portraits walk away by themselves, when you turn your head away. Just kidding: that would be a little too scary. 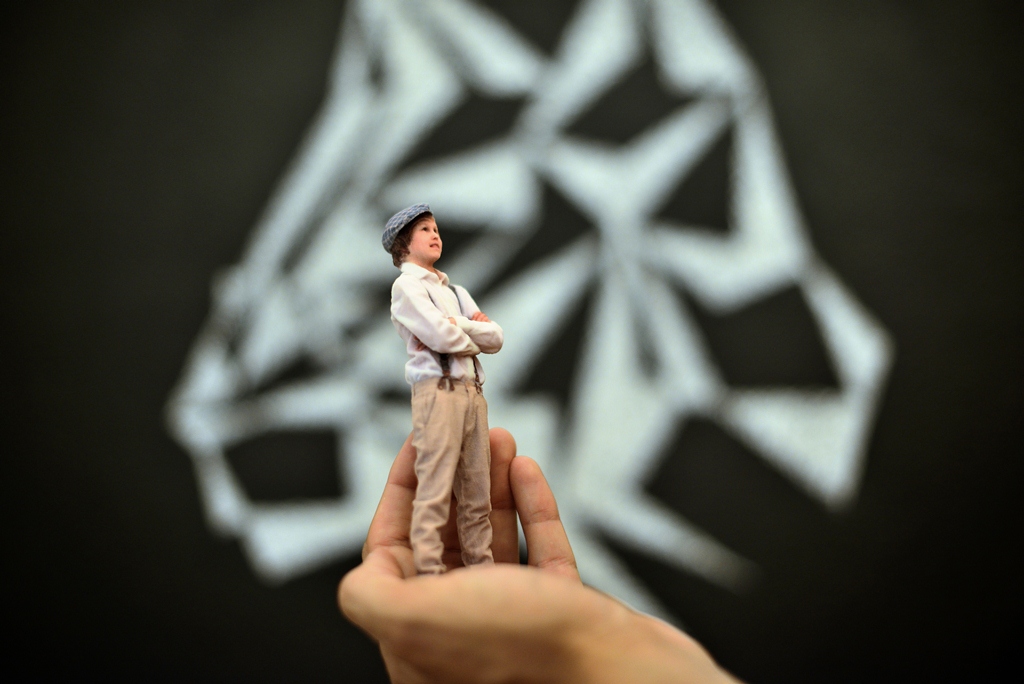 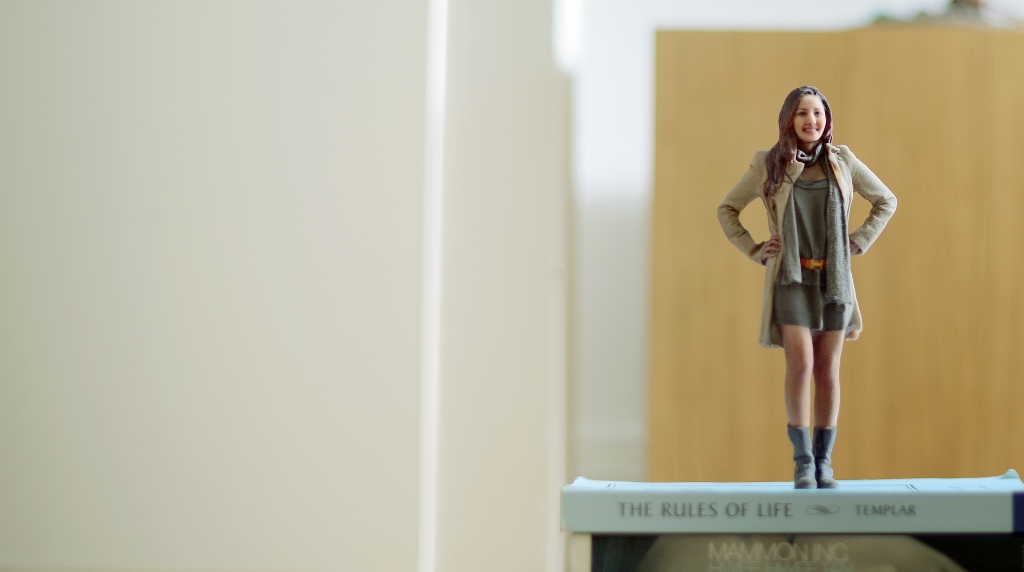 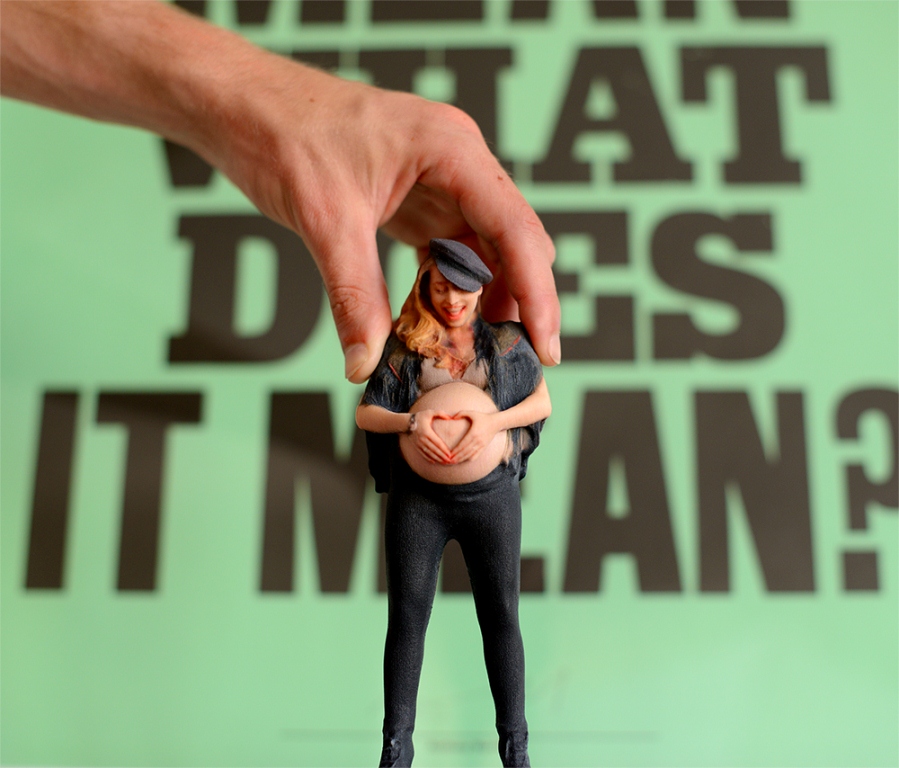 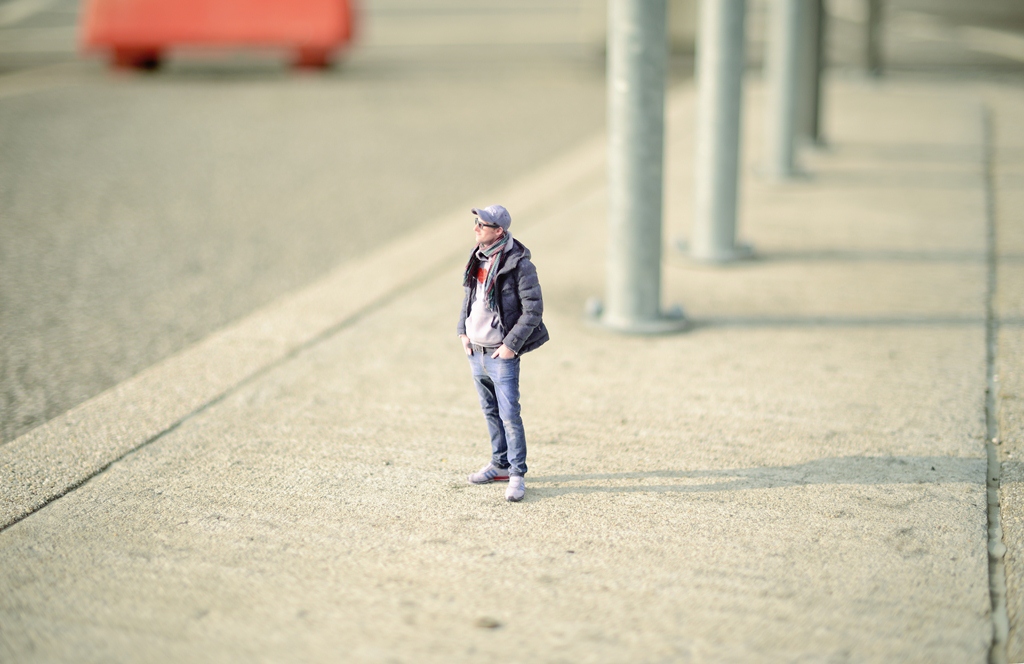 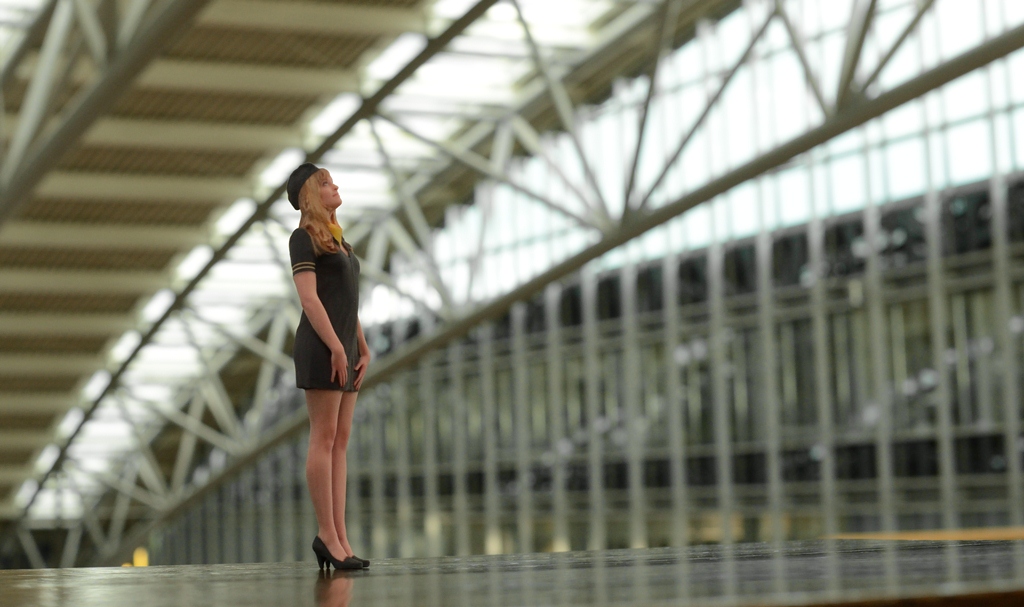 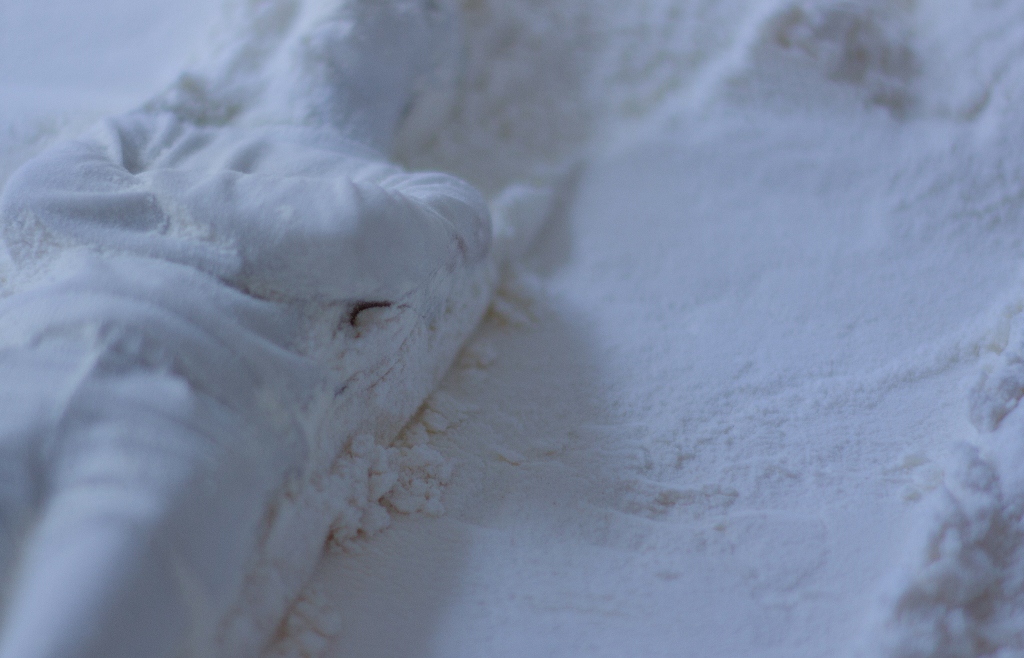 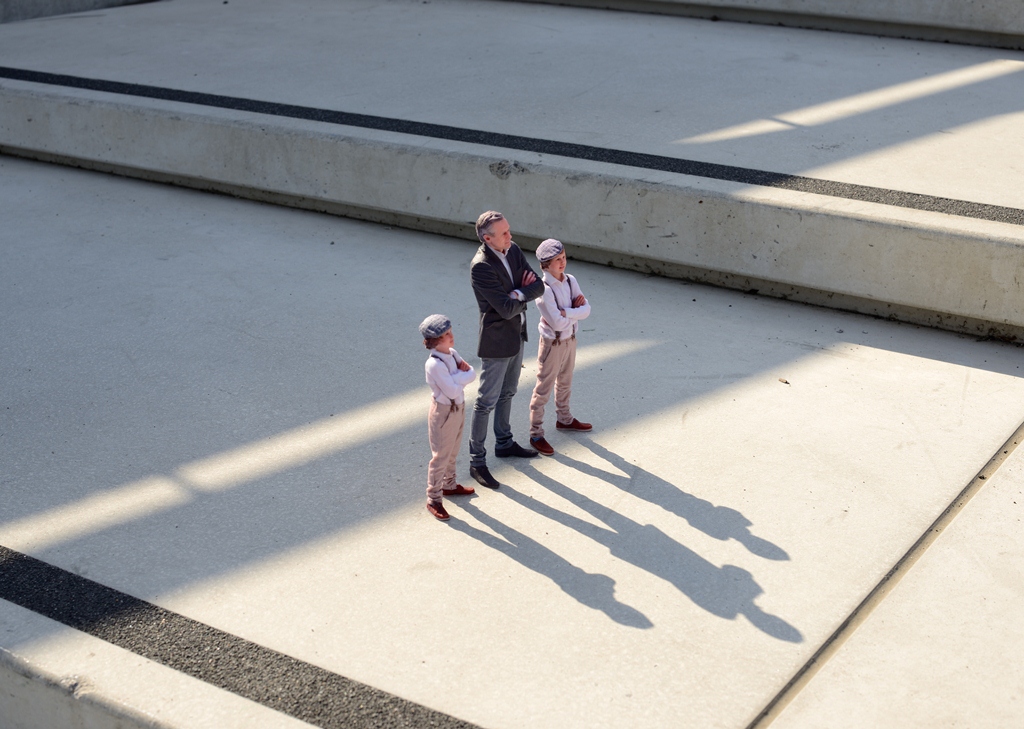 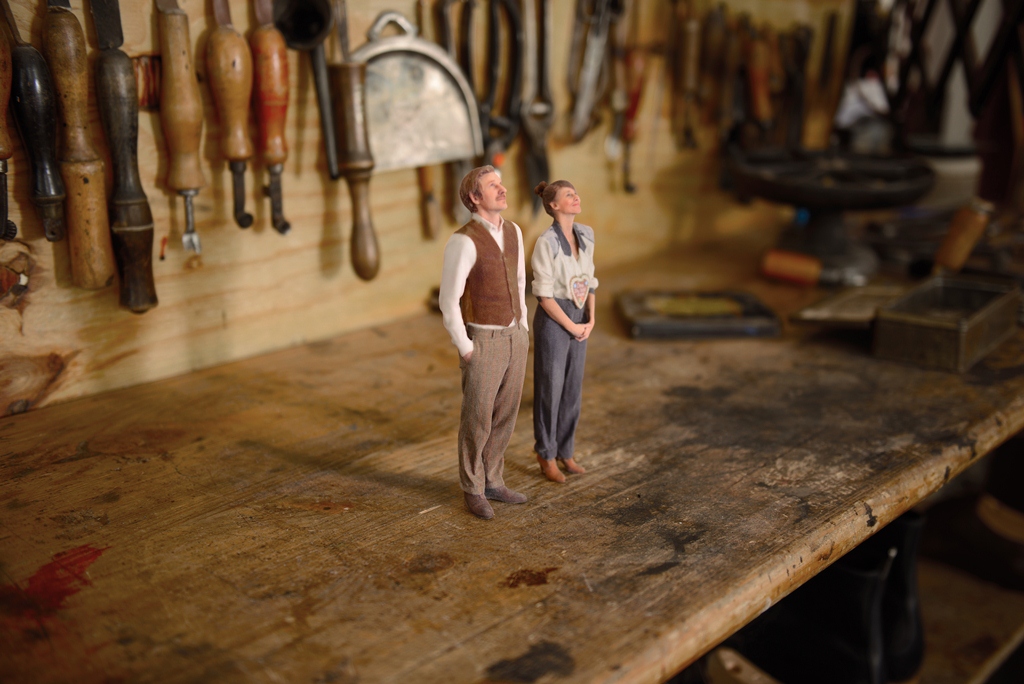