Market research : the evolution of the craft beer industry

The beer market in booming; perhaps not in quantity but at least in variety. Indeed, market research shows upward trends in all European countries. In today’s article, we will give you an overview of this through some figures from British market research and another one on the Italian market.

Beer and the British: it’s a real love story. Going to the pub after work is an authentic British tradition and the cement of business relationships. Market trends show that it’s not just about quantity. It’s also about diversity. This is reflected in the number of microbreweries that are becoming increasingly popular in the UK. Despite their local roots, their international ambitions are also well established. Here are some figures from market research presented at the EMAC 2018 conference:

The same market trend can be observed in other European countries. In Italy, for example, there were 75 craft breweries in 2007 and 718 in 2016, representing an almost tenfold increase in their number. The graph below shows this impressive development. 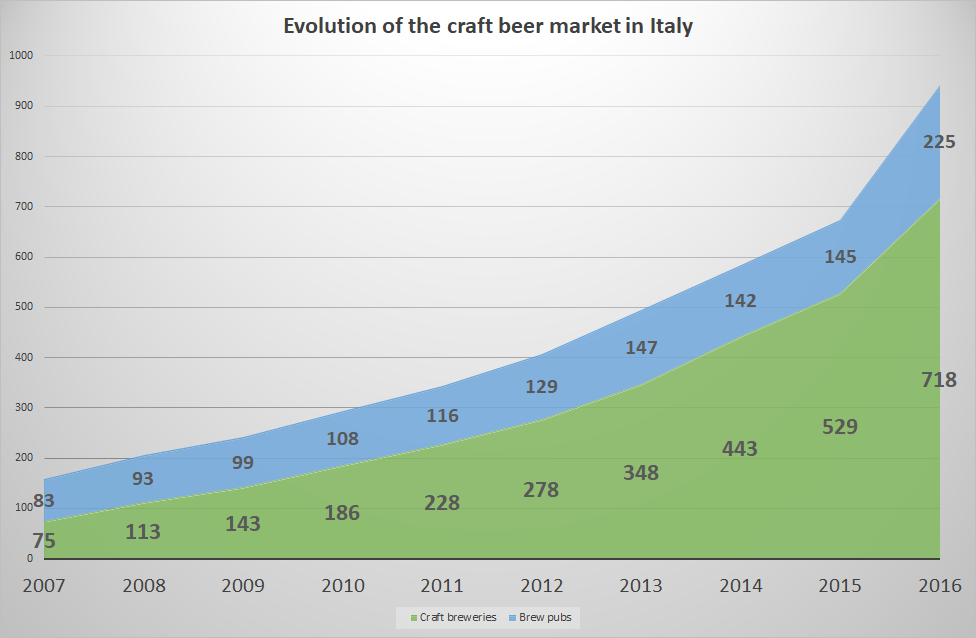 The French market for craft beer

As far as the production of craft beers is concerned, the wine country is not to be outdone. Indeed, the French territory had 200 craft breweries in 2007 and counted the creation of a hundred breweries and microbreweries per year since 2013. There are 900 in 2016. 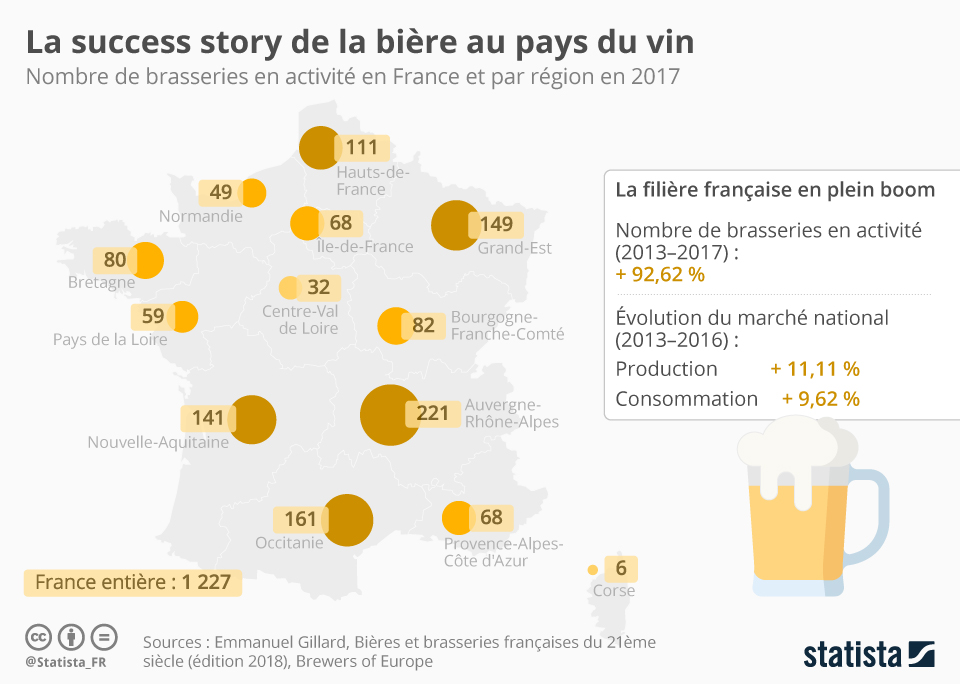 In Belgium, the number of breweries increased from 115 in 2003 to 278 in 2018. Their number has, therefore, more than doubled in 15 years, which for many is synonymous with the creation of a bubble that is likely to burst soon. Belgium is the second-largest exporter of beer in the European Union with 1.6 billion litres exported in 2018. 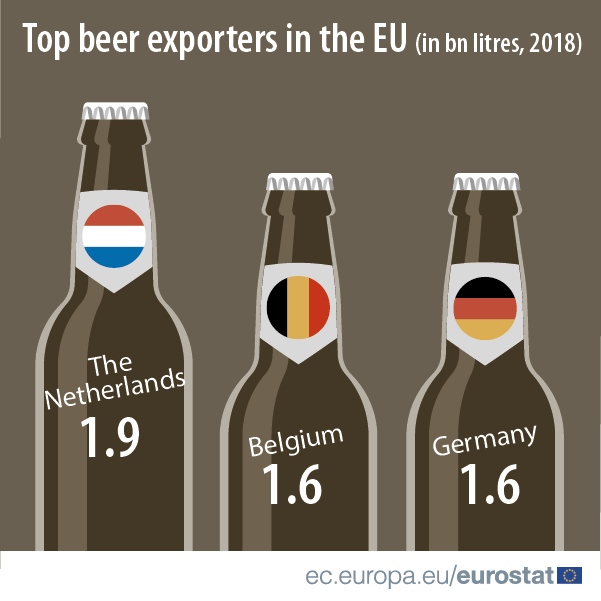 Germany records the creation of more than 200 breweries between 2010 and 2018, increasing from 1333 breweries to 1539. It is also, and above all, the country that produces the most litres of beer in the European Union (21% of production or 8.3 billion litres of beer brewed).

A few words in conclusion

The market is still dominated in terms of volume by the major brands. But consumers are showing a lot of interest in new tastes and authenticity, which is reflected in the creation of local micro-brands.
Large organisations such as ABInbev, for example, detected this trend very early on and have been investing in local brands for a long time to build up as vibrant a portfolio of brands as possible.
“The Brussels Beer project” is a very successful example of a Microbrewery whose distinguishing feature is that its launch was financed by crowdfunding and which today has a complete range of very diversified products also on the shelves of national distributors.