Last week, a shop window display aroused my interest as I walked through the streets of downtown Brussels. I was not the only one to stop in front of the Polette store, rue du Marché aux Herbes. How could it have been otherwise when moving sex toys were displayed in the window? In the series of interactive store windows, this one is at least, quite remarkable. Market research is also about that: observe trends.

We have interviewed Pierre Wizman, the founder and CEO of Polette, an online manufacturer and retailer of spectacles and eyeglasses, to learn more about the company and the marketing strategy developed over the past several years. In this article, there will also be a lot about customer experience, a recurring topic on this blog (to find out more, think about reading this article).

Since 2011, Polette has been marketing eyeglasses and sunglasses online. The company’s ambition is to create a bridge between Chinese factories where eyewear is manufactured and the consumer while reducing intermediaries as far as possible. Pierre Wizman calls this operation the F2C: Factory to Consumer.

The genesis of the idea

Pierre Wizman explains that the creation of Polette comes from a simple observation: spectacles are too expensive for people to buy. Indeed, the average shopping basket amounts to about 450 € for a pair of glasses, including frames and lenses. However, after some research, it appeared that the manufacture of glasses, made in China, costs the optician between 5 and 10 €. 8 years ago, being the only ones on the market, the vast majority of known opticians offered the same products, in the same price ranges, all “in an unglamorous universe”.

With polette.com, the brand’s creators wanted to reverse this trend by launching a website selling eyewear directly on the Internet. Despite the absence of an external investor to boost communication, the site quickly expanded. Pierre Wizman explains this success by the simple fact of having a great, innovative product designed according to consumer expectations. Thanks to the Internet, eyeglass manufacturers and consumers have been brought together in a single virtual place.

The advantage of this business model lies in the fact that the initial investment does not have to be astronomical. Indeed, in the beginning, Polette had no premises, no fixed costs. The critical point was to create a relevant product, an operational and easy-to-use interface. The business model, in this case, allows, through its flexibility, the company to grow according to the demand of its customers and to adapt quickly to their expectations.

According to Pierre Wizman, Polette’s primary asset is creativity: “creativity cannot be bought, it’s free, it’s part of our culture, our DNA”.

Originally an “online” pure player, the brand began to open “connected showrooms” in 2017, to get closer to its customers. These digital stores are not intended to sell, but to provide Polette customers with advice and an unparalleled experience. Indeed, the sale of glasses always goes through the site polette.com. It is, therefore, a store that could be described as a phygital (see another example of a phygital customer experience here). Consumers can test the frames, get a free prescription based on visual tests performed on site. Terminals and shelves are available in the brand’s showrooms so that in-store customers can place their orders while being assisted by Polette’s staff. The long-term objective is to offer consumers autonomous and automated showrooms, following the example of the Amazon Go store that we presented to you in a previous post. “Technology is the key! “, says Pierre Wizman.

Also, the brand follows and wishes to continue to pursue an eco-responsible ethic. Today, eyeglasses are only manufactured once the order has been placed to avoid inventory, overproduction and waste of supplies. The long-term ambition is to be able to build the brand’s own factories to produce more sustainably, in Europe, by consuming less electricity, creating glasses differently and avoiding onerous work.

The development of a separate marketing strategy

The marketing approach of the Polette brand is based on the same principle as the brand itself: quality/price ratio, transparency and creativity. Indeed, to begin with, the brand has relied on bloggers – who were, eight years ago, the biggest influencers on the Internet – by sending them a pair of glasses for free. The fact that the latter subsequently wrote articles on Polette allowed the brand to be quickly very well referenced on Google and thus gain visibility. Over the years, the message has remained the same: product focus and quality customer service. The brand’s customers are its ambassadors for Pierre Wizman since they are the ones who will talk about it best.

Marketing opportunities are diversifying for Polette with the opening of their showrooms. This is what we have observed this week, rue du Marché aux Herbes in Brussels with the “sex machines” installations. This campaign was first launched in Amsterdam and then in Brussels and should soon arrive in Paris.

The primary purpose of this ‘shock’ campaign is to get people to react. Whether positively or negatively, putting sex toys in motion in the window of a shop in the city centre of a European capital, makes a lasting impression and makes people talk.

When your mouth is more open than your mind. A fool is made more of a fool. Join the revolution. #poletteeyewear #dontbeasheep #reliefbypolette

It is also the communication axis of the brand which, in 2012, launched a campaign in which the two partners of the brand were seen dressed, the first as an imam, the second as a rabbi, kissing under the slogan “for 9.99 €, they have made peace”. Such an image is not unlike a particular Benetton campaign or a certain image of the Berlin Wall. 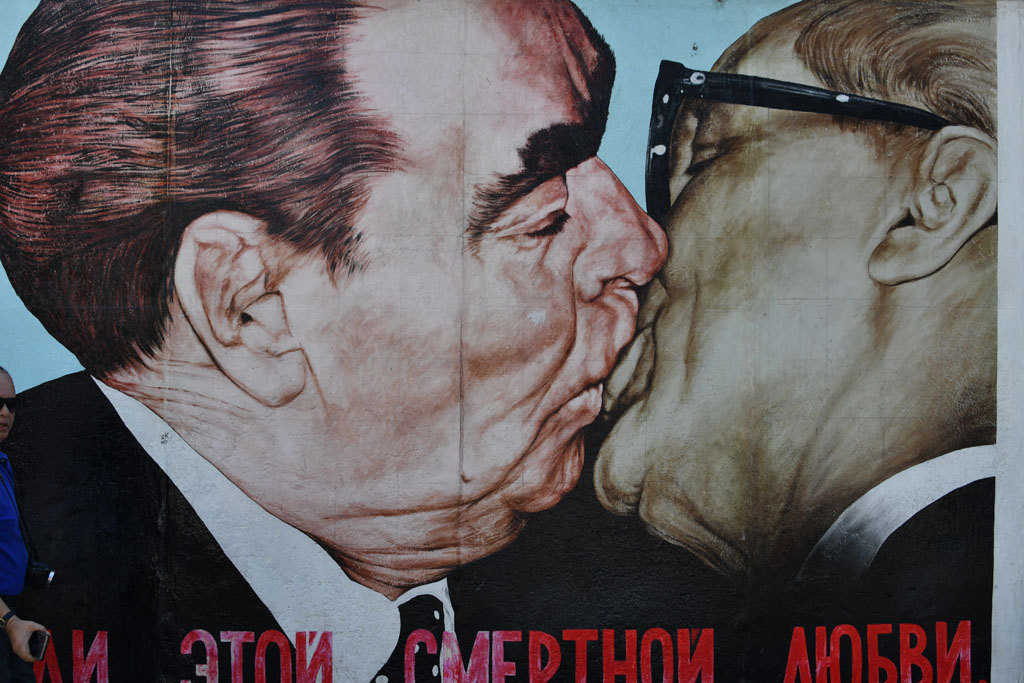 The brand does not intend to stop there. Indeed, many projects are underway to reinvent the journey and the customer experience, whether by testing, discovering, or learning. The Polette team plans to photograph tribes to show consumers something other than their daily lives or photograph homeless people to share their stories.

One of the keys to Polette’s success has always been “not to do like others, (…) to think differently”, not chiefly to be provocative, but especially to create a reaction from the public.

This campaign featuring sex toys follows the desire to offer an alternative to the optical industry’s linear offers, both in terms of product and communication.