The second wave of the Covid is suffocating the cultural sector even more. Theatres, opera houses, museums, concert halls are all places that had to close their doors even though they were not a source of contamination. Since the beginning of the Covid crisis, governments have been indiscriminately hitting entire sectors of the economy, making a possible recovery even more hypothetical. The under-use of cultural venues, however, offered a unique opportunity to attract a new public and must make people understand the more crucial than ever the importance of visitor loyalty.

The impact of Covid-19 on the culture sector in figures

Short-term consequences of the Covid crisis for cultural venues

The disastrous management of the Covid crisis heralds a bleak outlook for the cultural sector that even a totalitarian leader could not have expected. In our “socialist” countries, as the Americans would say, the staff is being put on temporary unemployment while waiting for better days. But in liberal countries, the remedy tastes like hemlock. In the United States, 2.7 million jobs have already been lost in the cultural sector. In the United Kingdom, a significant savings plan will be put in place, which will result in thousands of job losses. The superb Victoria & Albert Museum will cut 103 jobs to save £10m. The Royal Academy of Arts is going to cut 40% of its staff, the Tate Gallery 313 jobs. Even the properties of the British crown are affected. Their revenues have plunged by 89% as a result of the imposed closures, and the result is a savings plan targeting 145 jobs.

To meet their fixed costs, institutions have sold their family jewels. The Brooklyn Museum (New York) sold 12 paintings, the Royal Opera House in London a work by David Hockney for £12.8m. This move is not unlike the bankruptcy of the city of Detroit, which almost led to the sale of the collections of the city’s Museum of Fine Arts. It was also financial difficulties that had pushed the big English landowners to sell their most beautiful works, bought at the turn of the 19th century by American moguls such as Frick.

Luckily not everyone needs to resort to such extremes.

The summer break has thus allowed specific festivals to “save the furniture”. The classical music festival of La Roque d’Antheron (France) has thus succeeded in attracting 30,000 visitors and claiming a 90% fill rate (35,000 tickets on sale). René Martin, its organiser, was satisfied even if this 40th edition was loss-making due to the reduction in the number of tickets on sale (70% less revenue).

Alongside the catastrophic impact of Covid on large institutions, hope comes from small museums. Operating mainly with a national or even local clientele, they are less dependent on the hazards of tourism. In France, their mode of financing is also different, and the ticketing receipts weigh less in their turnover. They are therefore better “armed” to resist, all the more so as a local clientele will always be more loyal than a passing clientele (tourists). Remember that at the Louvre, 75% of the visitors are tourists. This effect due to customer loyalty is attested by Prof. Jean-Michel Tobelem in an interview with France Culture when he declares:

Museums in the regions or of modest size do not have this economic dependence; they often have a local anchorage which makes visitors more likely to come back.

The virtuous circle of customer loyalty, therefore finds here an additional illustration that I was already anticipating in another article devoted this time to the customer experience in museums.

Long-term consequences of Covid on the cultural sector

Let us say it right away: the future of cultural institutions is bleak. Weakened by sharply declining revenues in 2020, they will not be able to count on catching up in 2021. The director of the Tate Gallery, Maria Balshaw, does not anticipate a return to normal in the short term. On the BBC she said she expects attendance to be halved in the long term. She echoed a poll published by the Œil du Public which predicts that 47% of French people will reduce their cultural outings.

One could initially welcome the fact that some large institutions are seeing their attendance decline, but the prospect of a long-term drop in attendance is a tragedy. Maintaining a museum costs an enormous amount of money, and we have to make an observation. Few cultural venues are financially balanced. With ticket sales revenues cut in half over the long term, this sector is facing a bloodbath. The balancing variable will inevitably be the staff in the first instance, acquisitions and production costs in the second instance.

The cultural sector is going to have to live (even more) under the infusion of the governments, which will have to end up making arbitrations. The crisis is, therefore, only just beginning. We can expect a long decline that may take a decade to catch up. These prospects are all the more distressing since it would have been possible to limit the damage.

We can expect a long decline that may take a decade to catch up.

Deserted cultural places: where was the danger?

Anyone who has visited a cultural venue in Europe between July and September 2020 will have noticed this: 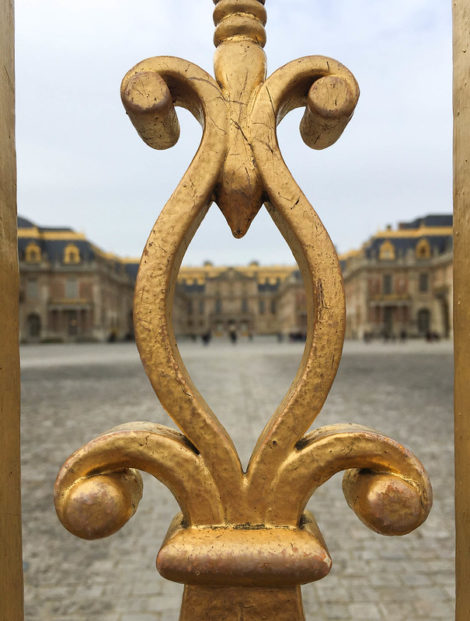 The Château de Versailles has welcomed 3 times fewer visitors since the beginning of the Covid crisis (crédits : ettigirbs2012 / Flickr)

The measures implemented were drastic: forced reduction of the overall capacity (reservation required), maximum capacity per room, masks and gel for everyone. The largest museums, which attract mainly tourists, were thus able to offer unprecedented visiting conditions. In July 2020, the Louvre Museum welcomed 4 times fewer visitors than usual. Of the 200,000 visitors in July, more than half were French. At the Château de Versailles, very popular with Chinese tourists, attendance was divided by 3 (10,000 visitors per day instead of 30,000).

Concert halls and theatres had to cut up to 2/3 of the available seats. The famous concert hall in BOZAR (Brussels) thus kept an empty row and 2 seats between each “spectator bubble”. Never before had the huge Henry Le Boeuf auditorium, where the world-famous Queen Elisabeth competition is held, seemed so empty.

There have also been substantial changes to the musical programmes: the suppression of the intermission, shorter performances, … all potential sources of contamination have been methodically eliminated, and there have been no outbreaks of contamination in museums and theatres. The decision to close cultural institutions is all the more incomprehensible. The journal Nature published a research study which showed that cultural sites were not a source of contamination.

Research published in the journal Nature shows that cultural sites are not sources of contamination.

When you only have a hammer, all problems are nails.

The situation we are witnessing is grotesque. Under the guise of measures to limit the spread of the virus, governments are striking indiscriminately.
Chinese research hypothesises possible contamination in restaurants: all bars and restaurants are being closed down indiscriminately.
And since there is no reason to be jealous, all cultural venues are also being closed down, as they were already being used only minimally and no longer present any danger.

This binary policy of restrictions applied without distinction shows all the limits of political action. Rather than introducing targeted measures, it is preferable not to be jealous and to treat all parts of the economy equally. “For those who have only a hammer, all problems are nails” seems to me to be an adage perfectly suited to the situation.

The Covid: a missed opportunity to bring back the population

Culture has always been the enemy of autocratic regimes that wanted to muzzle it. Today culture is silent.

Under frequented, with no danger of contamination, cultural institutions could have become Eldorado’s for those who had never been there. As early as May 2020, I put forward the idea of a culture voucher offered to everyone. Whether a museum welcomes 1 visitor or 10,000, the fixed costs are the same. Why not “invite” the most underprivileged populations to discover a museum or a show for free? This idea is romantic, do you think? Not so much. To promote tourism, the Belgian government has decided to grant 10 free train journeys for each inhabitant. The principle is precisely the same.

By lumping all the activities together, the governments missed a unique opportunity to introduce culture to a new public in entirely controlled conditions, which would also undoubtedly have pleased artists who were cut off from their audience.