Media are addicted to notifications … and so are we [Research].

Home » Research » Media are addicted to notifications … and so are we [Research].

French media are the champions of notifications. They send on average more than 11 notifications per day, 3 times more than Swiss media. The more the day is in full swing, the more notifications we receive about sports. Here are some of the findings of the research we conducted between April and June 2021. We collected more than 8,000 notifications and patiently analyzed them one by one. The results of this unique research reveal that media outlets target specific time slots to capture our attention and that the type of notifications varies during the week.

Conclusions in a nutshell

The number of notifications sent by the media increased by 43% between February and March 2020. This was the conclusion of an Airship research. This conclusion, as interesting as it is, lacks detail. We needed to understand if there were differences between applications, between days and times of the week. From a qualitative point of view, it also seemed essential to analyze the nature of the notifications sent. 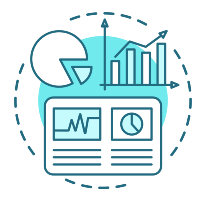 We installed the mobile applications of 21 newspapers from 5 different countries (Belgium, USA, France, UK, Switzerland). From 28/04/21 to 30/06/21, we manually collected and classified each incoming notification. In total, 8301 notifications were received, categorized, and analyzed.

Let’s now look at the results.

Certain media are addicted to notifications

Depending on the media, the number of notifications can vary from 1 to 10. Ouest France sends 13.5 notifications per day on average, while RTS (Switzerland) sends only 1.5. Some media are engaged in a race for attention. It is necessary to capture the user’s attention at all costs, even if it means flooding them with notifications. 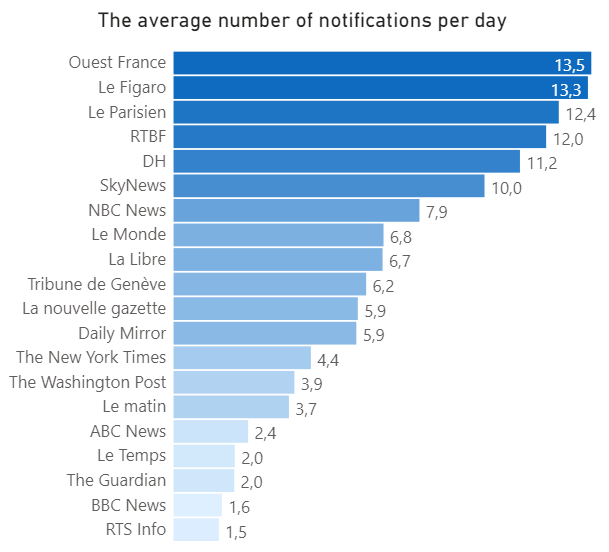 Not all countries are equally “addicted” to notifications. French and Belgian media stand out from the pack. French media send 3 times more notifications than their Swiss counterparts. 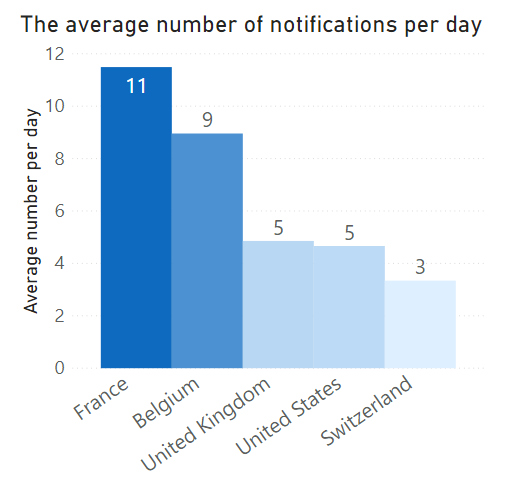 The temporal dynamics of notifications

When it comes to notifications, not all days are equal. Interestingly, the number of notifications gradually increases during the week, peaking on Thursday and then decreasing. Friday is at the same “level” as Wednesday, and Tuesday is equivalent to Saturday. Interesting variations can also be observed during the day. As can be seen below, some hours are more conducive than others to sending notifications. It is between 12 and 1 pm and between 7 and 8 pm that media websites go wild.

More precisely, we can see that media applications target specific time slots during the week to send us notifications. Monday from 7 pm to 8 pm and Saturday between 11 am and 1 pm are peak periods. But Thursday is even more unique since we see concentrations of sending notifications every 2 hours from noon. If you need to concentrate on work, Thursday is the worst day of the week.

The most frequently discussed theme is logically current affairs, followed by sports. However, we can see that the themes addressed are not the same during the week. Sport is more important on Sundays and Mondays. 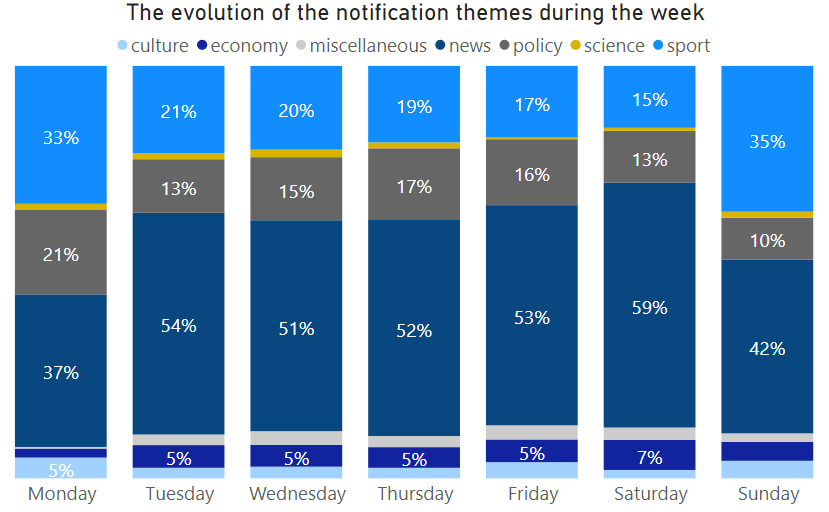 The evolution of themes by time slot is quite remarkable. Who would have thought that sports would populate the evening so much and take the place of news? 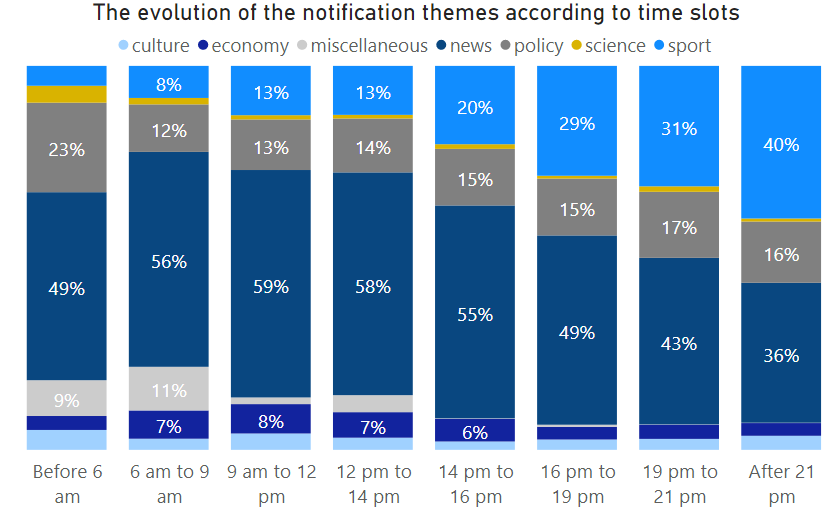 Not all media bet on the same time slots

In France and Belgium, the first place is not always occupied by the same media. In Belgium, the application of RTBF (public service media) and Dernière Heure (DH) are the ones that send the most notifications. However, each one follows its own strategy. RTBF is the champion of notifications on Saturday, Sunday and Monday. All other days of the week, however, the DH application is in the lead.

In France, the Figaro is in the lead during the week and Ouest France on the weekend. 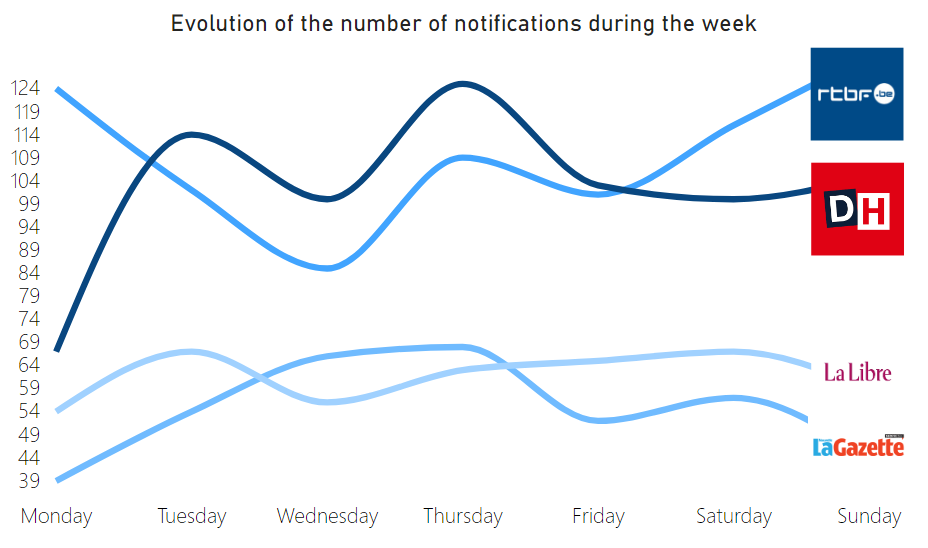 In Belgium, the RTBF application sends the most notifications on Mondays, Saturdays, and Sundays. On the other days of the week, the Dernière Heure (DH) is in pole position. 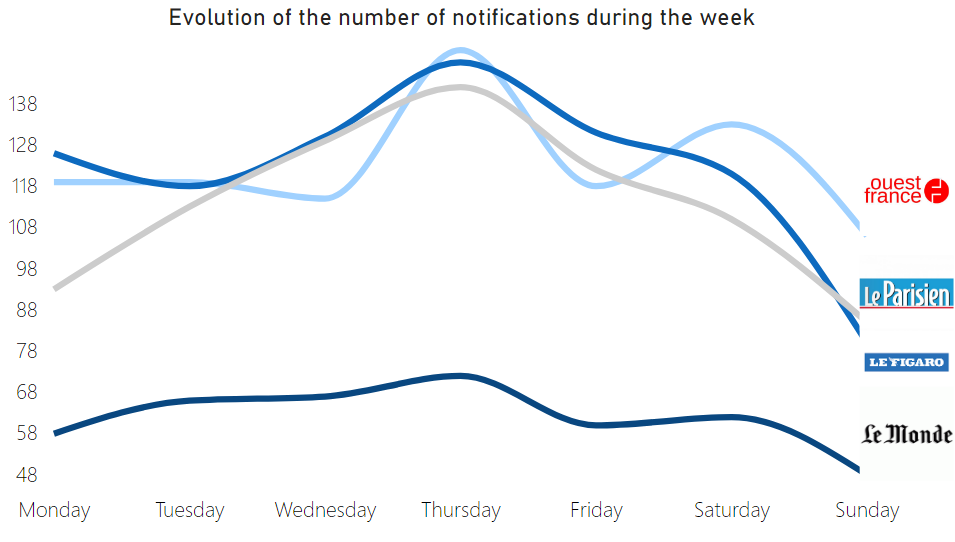 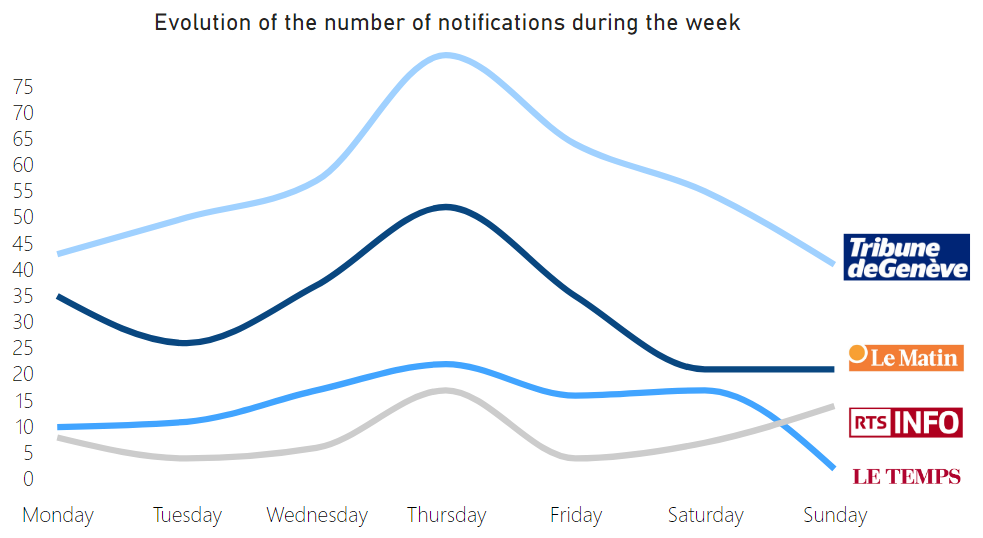 In Switzerland the hierarchy is respected every day of the week. The Tribune de Genève is the media that sends, without exception, the most notifications. 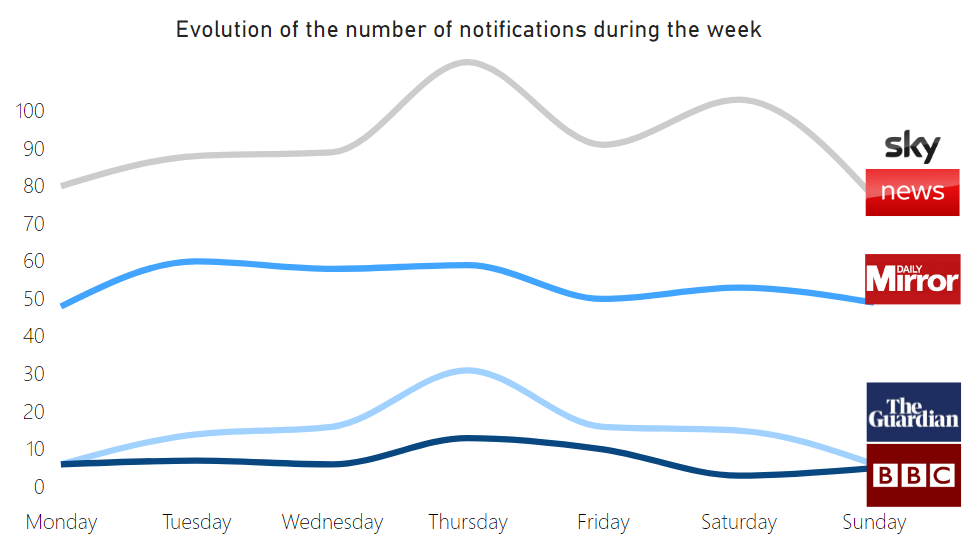 In the United Kingdom, Sky News remains in the lead regardless of the day of the week, followed by the Daily Mirror. 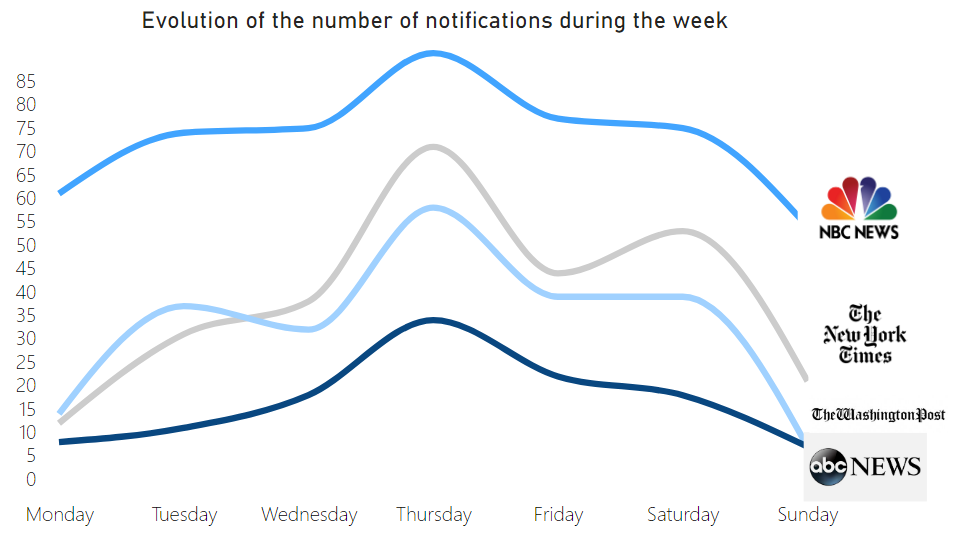 In the United States, NBC News is the application that sends the most notifications regardless of the day of the week. During the test period, more than 85 notifications were received in total on Thursdays.
Tags: media