The Mozilla foundation released the results of a worldwide market research on digital lives. The survey was entitled “How connected are you?” and gathered answers from pretty much all countries around the world. You can find the results of the survey here. In today’s post I chose to focus on some particular aspects of it that relate to articles I’ve published over the past weeks.

Customers’ expectations about their future connected life : not so bright

It’s clear to everybody that we are more connected than ever : smartphones, wearables and other connected device have changed our lives. How people react to this increasing digitization of life is an interesting question to ask in a market research. The Mozilla survey results clearly show that there are big discrepancies between countries.
In the graphs below only the 10 most represented countries are displayed (Brazil, Canada, France, Germany, India, Italy, Mexico, Spain, UK, US). For each graph I highlighted some particular results and indicated the corresponding countries.

What do people expect from the future ? Will technology have a positive impact o their lives ?

It seems that Brazil and India are the most enthusiastic countries of all. For them digitization is probably a great levier and hope of a better life. But for more industrialized and “older” countries (like Germany and France) for instance, digitization doesn’t seem to be a fear-free process.
Looking at all answers I get the impression that people have in general some concerns and only a minority is 100% enthusiastic. 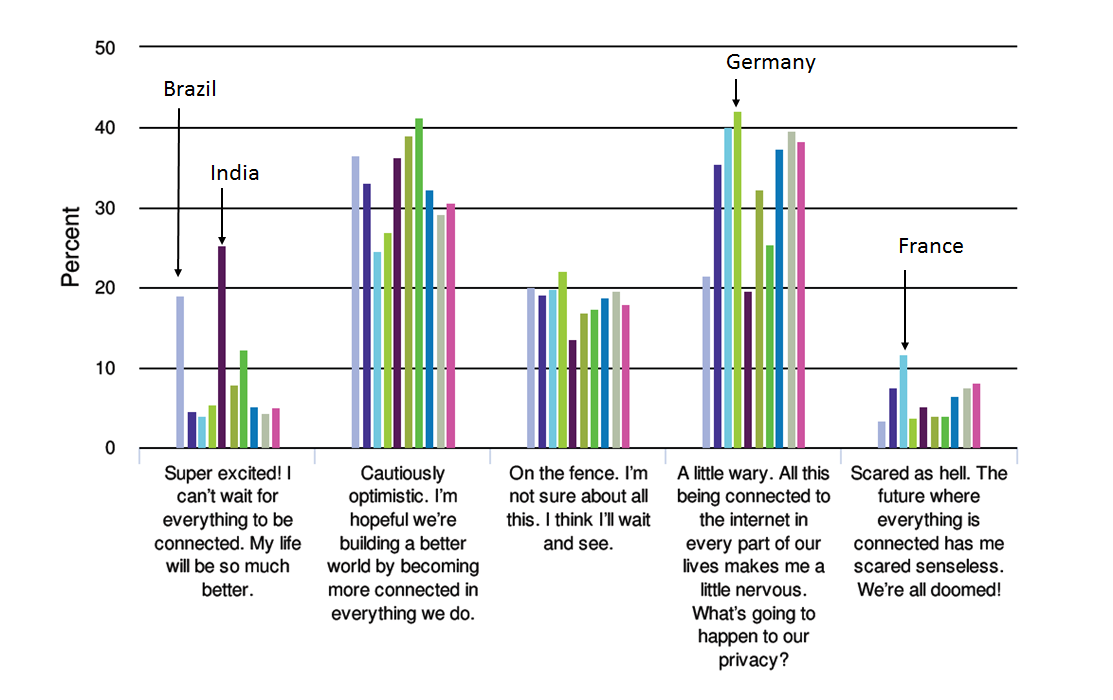 What do people fear about a more connected future ?

Unsurprisingly loss of privacy is people’s fear number 1. Italy scores low on this question and especially high on the “we’ll lose touch with one another” question.
By and large what you see is that users are concerned about their future and only a small minority (10%) doesn’t have concerns.
Yet, hasn’t current digital life already come with loss of privacy ? I think most people aren’t aware of how much data they leave behind them and how much they are tracked already. 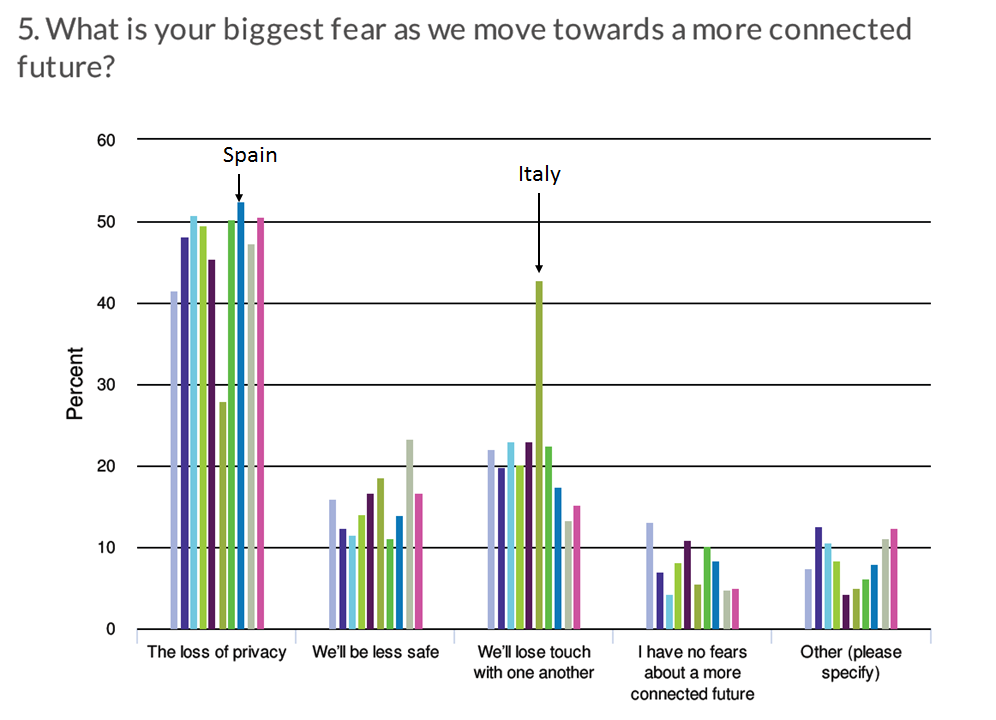 Following up on the previous question which sheds light on the fear of loss of privacy, question number 6 built up on the responsibilities for protecting users’ privacy. France and Italy are the two countries that have the most expectations towards governments.
Interestingly the two most given answers (between 30% and 40% each) are that privacy is a responsibility of the firm (answer 1) or a personal responsibility (answer 2). Unsurprisingly American users, who are more individualistic (see Hofstede and Hofstede) are the most likely to consider privacy protection as a personal responsibility (ca 42%). 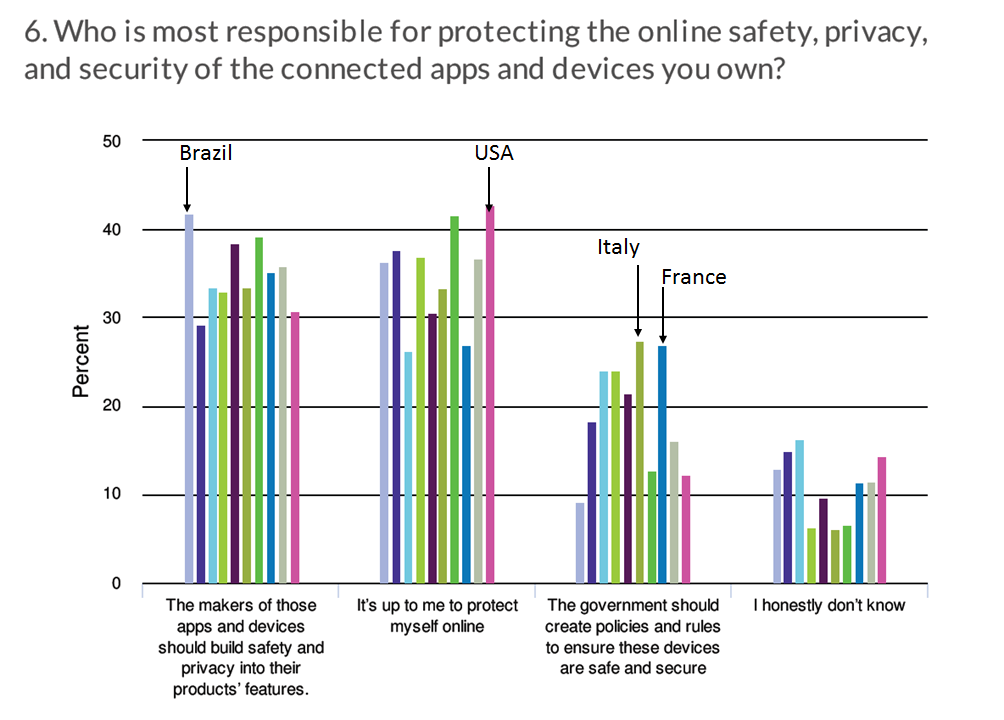 The results of the market research carried out on “connected future” by the Mozilla foundation show that most respondents are divided on the opportunities given by an even more connected world.
This is reflected in their concerns about loss of privacy, a concern that most think should be addressed by manufacturers or users alike.
Whereas it is reassuring that so many respondents take personal privacy seriously and want to take over responsibility for it, I wonder whether this is not a wish at best, an utopia at worst. All internet users have already the possibility to protect their privacy, yet few do it. Most users are indeed unaware of how much digital tracks they leave behind them when they use GAFA’s services. And most firms are not very keen on making their users aware of their data collection practices. What is the solution then ? Can’t it be education and promotion of critical reasoning ? This is the thesis I developed in this other article.