Ferrari, Lamborghini, … who are the firms which buy luxury cars in France?

Home » Marketing » Ferrari, Lamborghini, … who are the firms which buy luxury cars in France?

Did you know that in France, companies (and not necessarily large ones) buy Ferrari, Lamborghini, Rolls-Royce, Bentley and Aston Martin cars? Would you like to know more about these companies that are doing so well? Follow us in a little data mining exercise.

Between 2014 and 2019, several hundred super- and hypercars have been registered by French companies: just over 200 Ferraris, a hundred Lamborghinis, Bentleys and Aston Martins and a few examples of more exclusive brands like McLaren, Rolls-Royce, Bugatti or Pagani. Bugatti itself registered the 2 cars in question, we grant you that, but when we go into the details of the sales of Ferrari and all the others, we go from one surprise to another. 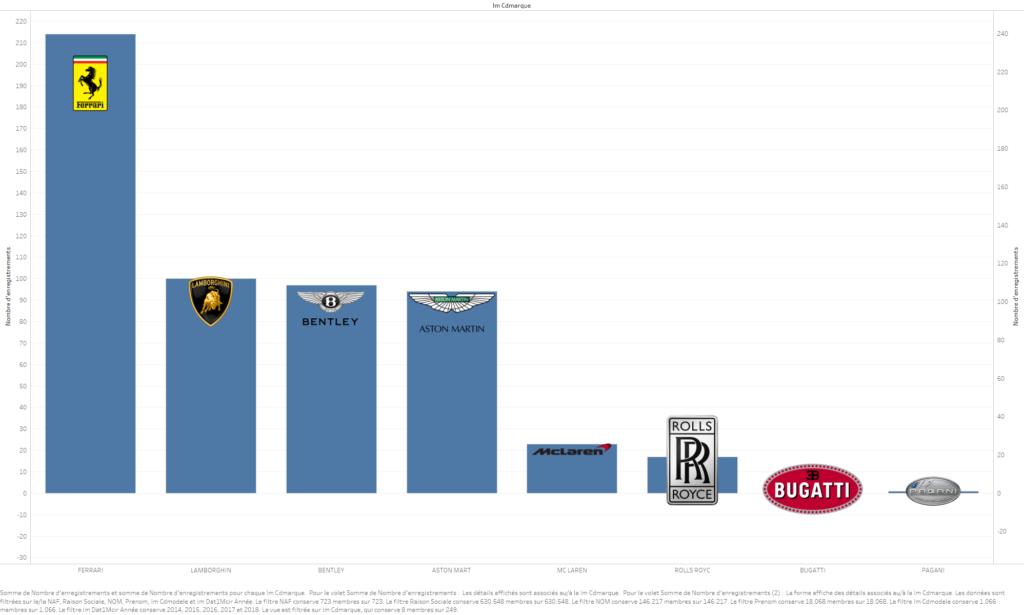 Sales of luxury cars to French companies between 2014 and 2018: several hundred were registered on the French market.

And these B2B sales are on the rise as sales have been increasing sharply since 2014. Cumulative sales increased from just under 30 units in 2014 to almost 180 in 2018. Ferrari, Lamborghini and Bentley are the brands that contribute the most to this spectacular increase. 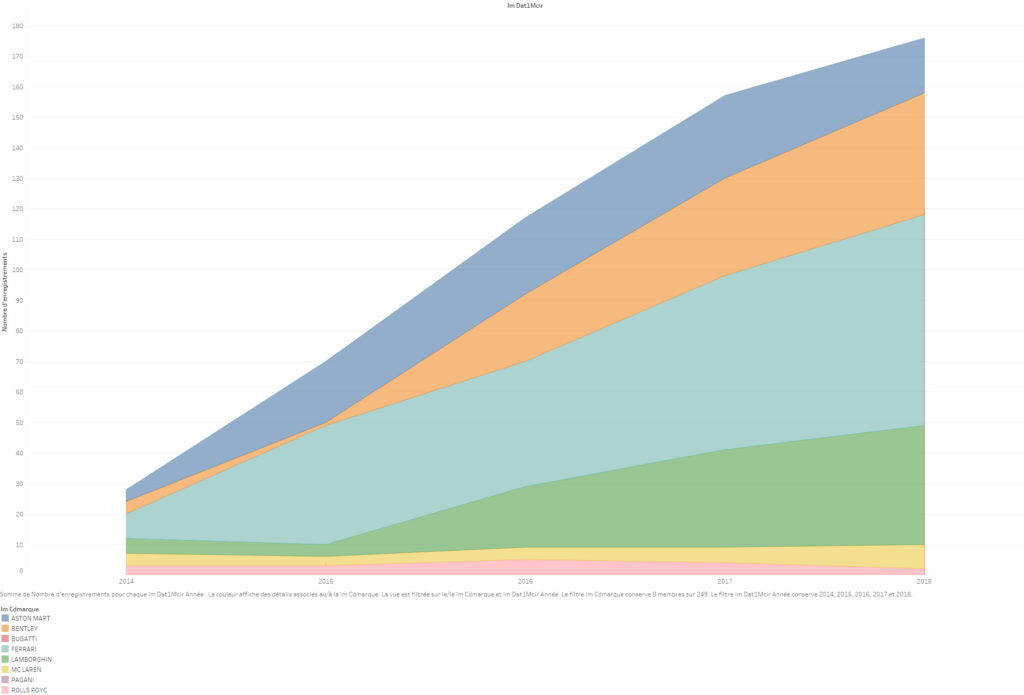 Evolution of the sales of luxury cars to French companies between 2014 and 2018. The luxury market is on the rise.

So, of course, you have to be a little more discerning when you interpret the numbers. While registrations have undeniably increased, it should not be forgotten that some of the companies that buy and register these extraordinary vehicles are entities whose business is the purchase and sale of automobiles. In the INSEE terminology, this is the NACE code 45.11Z. In the rest of this short article, we will, therefore, set aside this sector of activity to focus on the essentials.

The question remains: which French companies can afford to buy supercars and hypercars?

3 main lessons to be learned from the data mining exercise

The turnover is inversely correlated to the purchase of supercars

Very curiously, the companies that buy the most supercars are also the ones that make the least turnover (see the INSEE nomenclature of turnover ranges here). Nearly 20% of the registrations are made by companies that generate less than €500k in turnover, and 50% of registrations are made by companies with less than €5m in turnover. The higher the turnover, the less likely French companies are to buy Supercars. 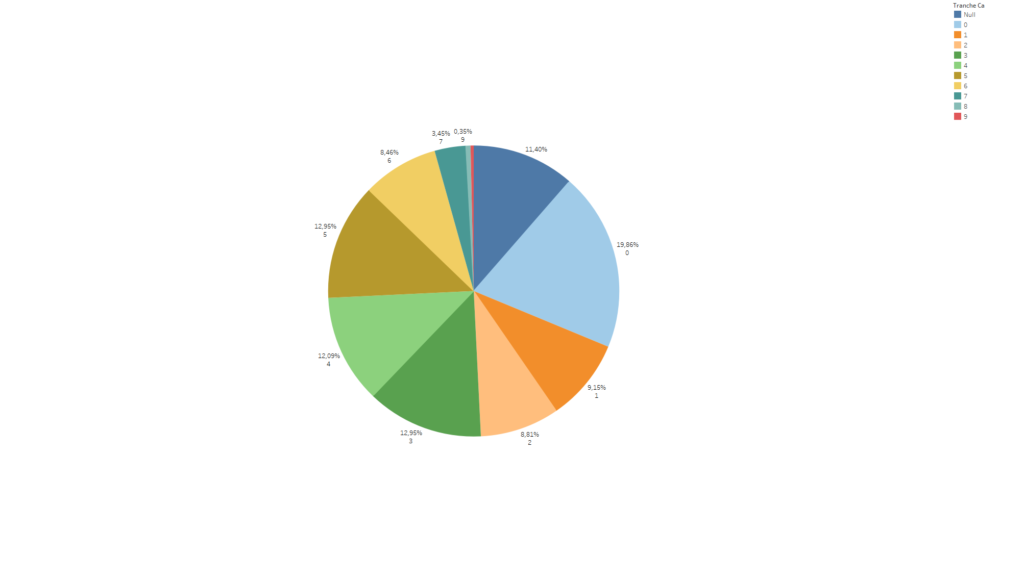 The companies that buy very high-end luxury cars are mainly structures that generate less than €5m in turnover.

Where are the French companies that buy supercars located?

Not surprisingly, supercar sales are concentrated in the wealthiest areas of France: Paris first and Lyon second. It is also worth noting the concentration on the Côte d’Azur. In this area, there are in particular rental companies specialising in luxury rentals, such as this company specialising in yachting, which has bought 3 Rolls-Royces, 1 Bentley and 1 Ferrari. 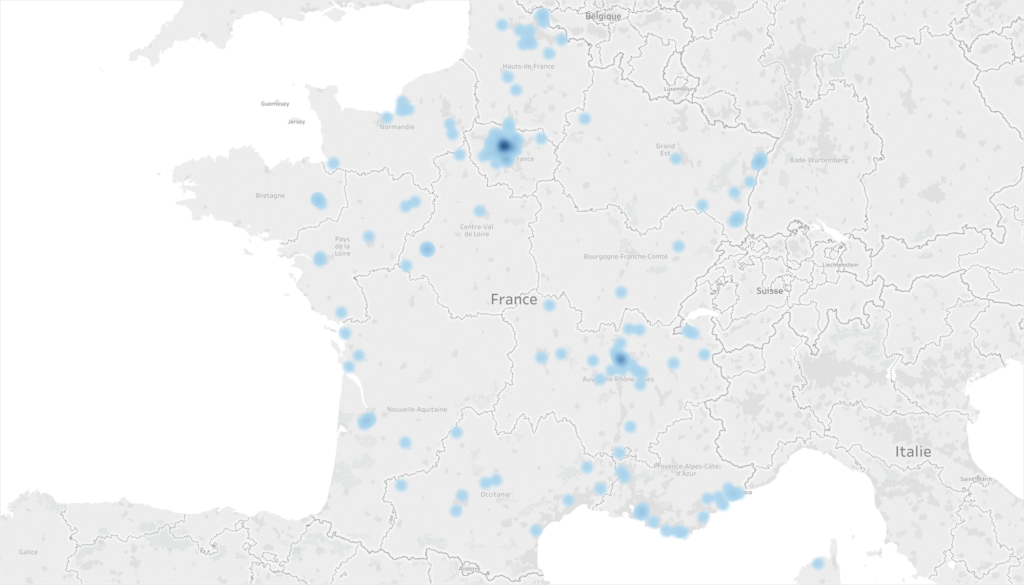 The geographical distribution of luxury car sales to French companies.

What are the activities of companies that buy luxury cars?

We have grouped the companies based on the first two digits of their NACE code, which also defines the nature of their activities.

The top 3 places in the ranking (just under 20% of sales) are occupied by:

This data mining exercise was carried out with Tableau. If you would like to know more about our business intelligence and data mining services, please do not hesitate to contact us.