Preliminary information : there are two competing rules for setting up maximal cookie lifetime. The European Commission (based a.o. on a proposal by CNIL) suggests to limit lifetime to 360 days whereas Google proposes 720 days. One year vs. two years is basically what you have to chose from. In no case it should be more than that. Yet, as Miller and Skiera explained at the 2017 EMAC conference, lifetimes of up to 8000 years have been found.

This new research by Miller and Skiera investigated the financial effects of cookie time restriction policy based on a longitudinal dataset covering 2.5 years, 130 millions ad impressions and 110 billion individual ad auctions. Those are pretty impressive figures that allow the authors to state that

“this is the first paper to exploit such rich longitudinal auction data over 2.5 years to gauge the value of a cookie and determine the economic damage of cookie lifetime restrictions.” 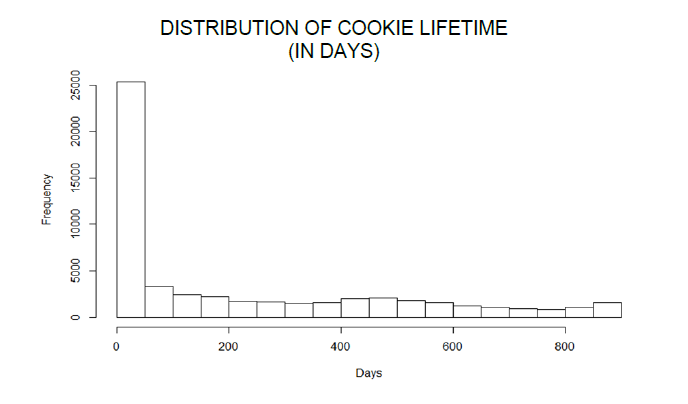 Especially interesting is the statistical distribution of cookie lifetime. Much has been said and hypothesized about cookies and in particular how some users may deleted them. Let’s first say that users’ declarations on their cookie deletion behaviors has been already put in question. It seems indeed that users’ declaration are very exaggerated. Miller and Skiera’s study sheds light once again on those behaviors and the least we can say is that they don’t reflect once again what users use to declare. With an average lifetime of a cookie of 215 days and a median of 68 days, you immediately understand there is something going on here. With such a difference between the average and the mean, you can assume the distribution is completely skewed which is indeed the case here. 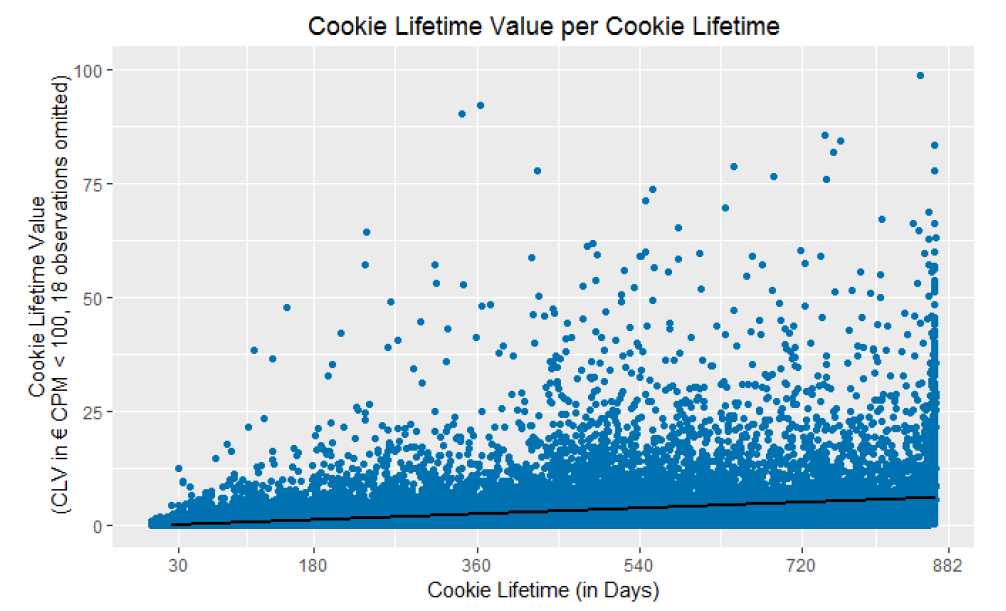 It results that a 30-day time restriction would logically impact a big chunk of the cookies market, 55% according to the authors. Their analysis further shows that a reduction of lifetime to 1 year would lead to a decrease of value of all cookies of 7.4%