Ryanair: can provocation pay on the long-term?

Home » Marketing » Ryanair: can provocation pay on the long-term?

It has been a long time (3 years to be exact) since I had travelled on Ryanair. Not having been particularly attracted by the customer experience I have avoided this company as much as possible, but last weekend it was the only one serving the city I had to go to.

Departure on time; arrival on time; the contract was filled with all the inconveniences we know and to which I will not return.

However, that is not the purpose of this article. It is about a detail, which seems anecdotal at first sight, that I would like to come back to. My attention was indeed drawn when I arrived at Charleroi airport (modestly renamed Brussels South, as if Beauvais could be called “Paris North”) by an aircraft parked there. Here it is… 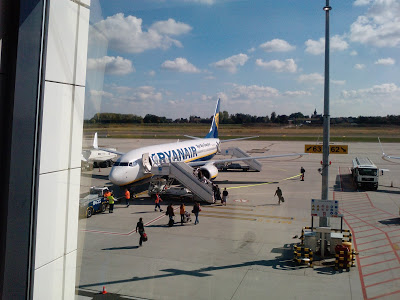 Don’t you understand why I’m showing you this picture? Take a closer look… you may be surprised. 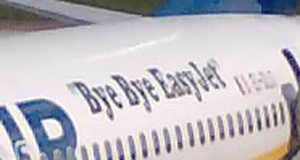 I am not against Michael O’Leary wanting to be talked about at all costs… but is it necessary to slander his competitors to such an extent?

It is undoubtedly an essential goal for any company to get people to talk about them. Mr O’Leary has chosen the path of controversy to achieve his goals.

However, what interests me in its strategy is the extent to which it neglects to take into account the customer experience. What interest and added value can the controversies initiated by Mr O’Leary have for his clients? Some may be teasing and like to make the overweight people pay, but the majority are sensitive human beings. In what way could the latent malice and provocation campaigns orchestrated by Ryanair constitute a competitive advantage for customers to return? (to learn more about Ryanair’s marketing strategy, read this article).

Apart from my lack of affinity for the Irish company, I don’t see what this strategy can achieve in the long term. Ryanair will remain profitable as long as it offers affordable tickets. But if it were to face competition at the European level from a lower-priced or equal-priced challenger, I am willing to bet that it would pay the consequences of its disastrous image. Finally, like Google, Ryanair’s competitors are only “one click away” and the switching costs are zero.