One of the most interesting researches at RecSys 2018 was for me the paper on user inaction by Qian Zhao, Martijn Willemsen, Gediminas Adomavicius, F. Maxwell Harper and Joe Konstan (full title: “Interpreting User Inaction in Recommender Systems“).
We are so focused on interpreting signals that we often forget to take the absence of signal into account. Yet, as this paper shows, lack of information is already a piece of information in itself and sometimes it can make a difference. As the authors rightly state : “for most systems, the majority of the displayed items do not elicit any action from users.” 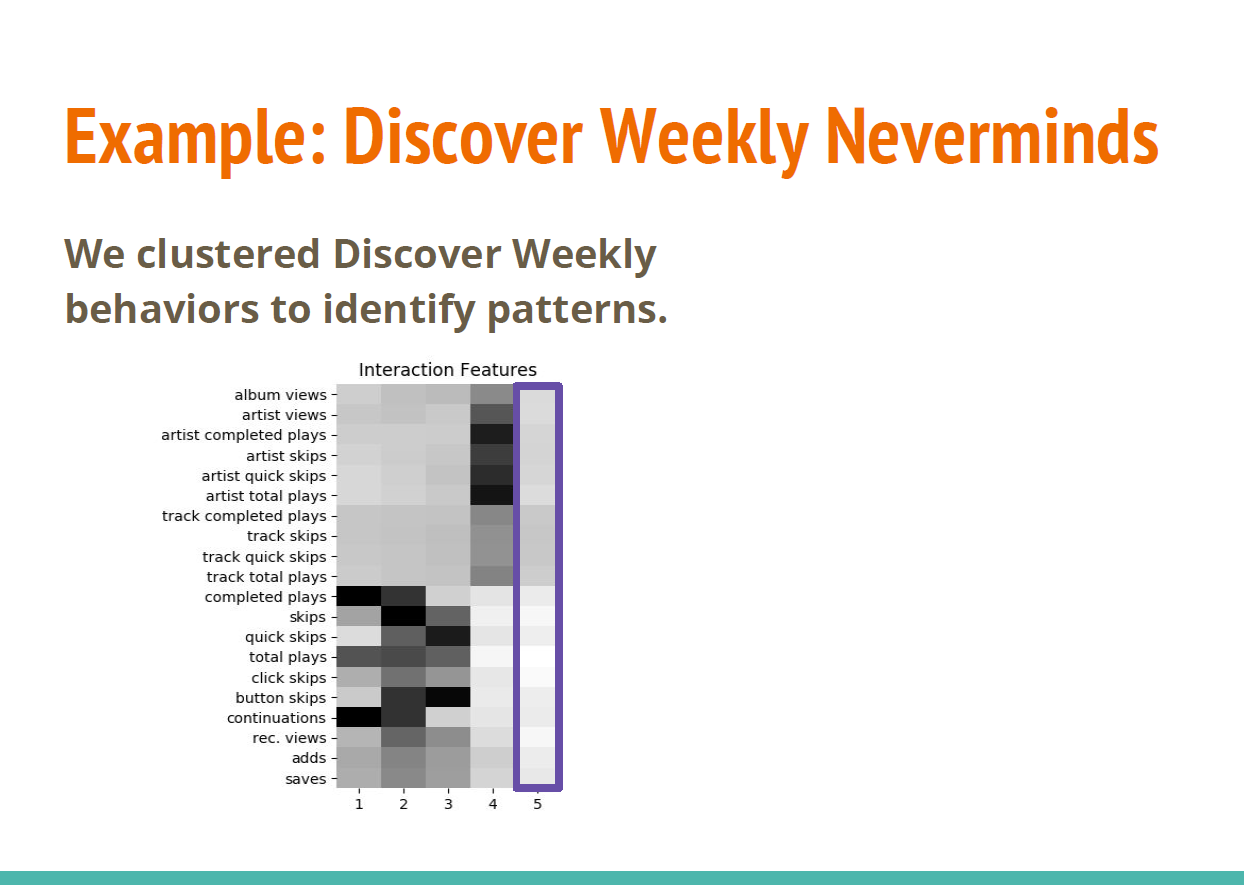 Paying more attention at interpreting inaction can be a rewarding strategy for those who design recommendation algorithms. This research extended findings presented by Spotify on day 1 (tutorials) in which the segmentation of Spotify users of “Discover Weekly” recommendations was exposed. Based on their actions Jean Garcia-Gathright showed that the biggest group was that of users NOT interacting with the recos. Sometimes, inaction is just the most frequent behavior.

“for most systems, the majority of the displayed items do not elicit any action from users.”

The main contribution of this paper is to propose a categorization of inactions and to test the correlations of these inaction predictors on future recommendations.
The authors used psychology literature to define and validate a list of inaction categories covering the reasons users might have for not consuming recommendations. These categories are (by descending order of importance) :

Given their weights, attention and context need to be paid special attention to and to be taken into account when designing recommendation systems. 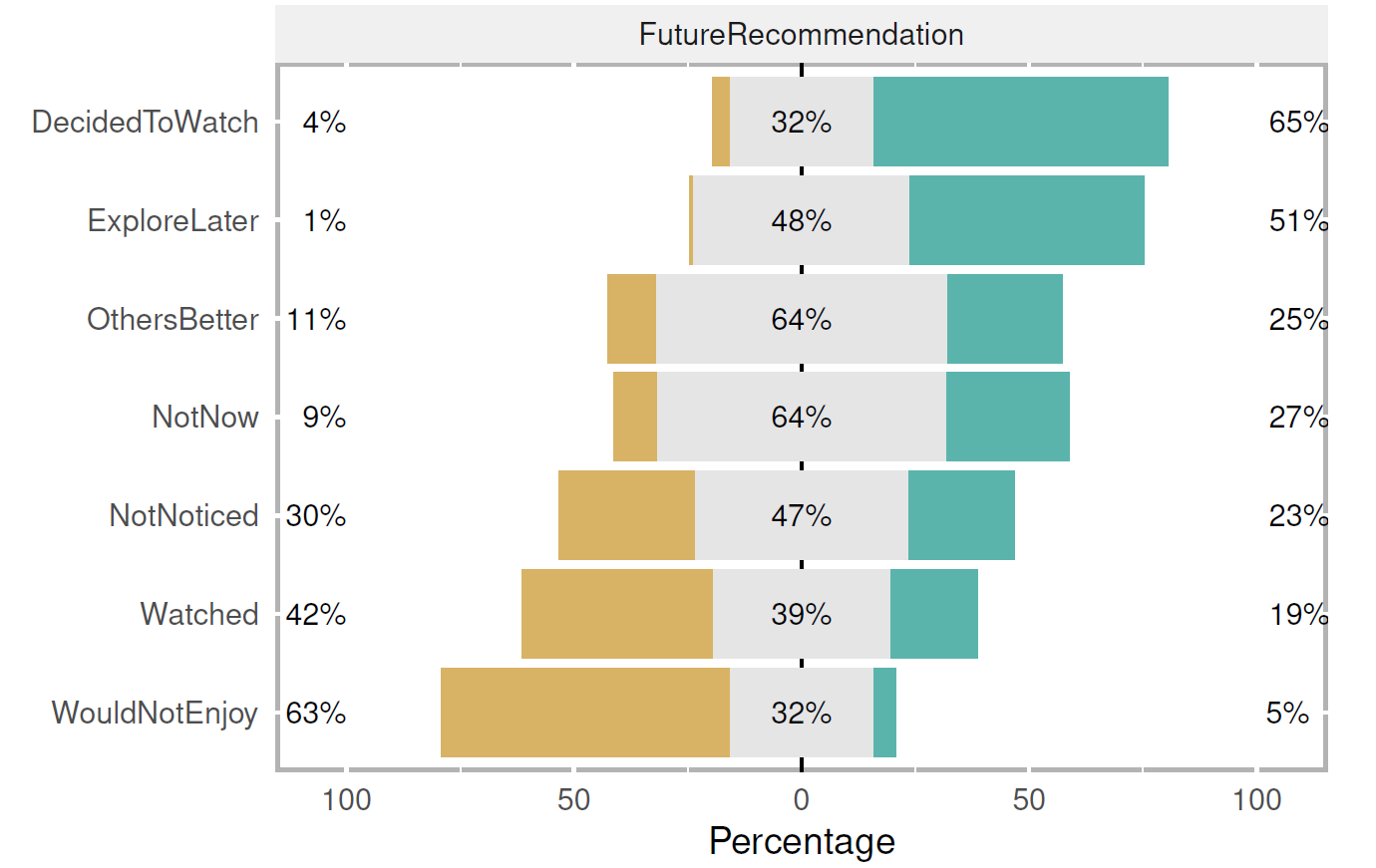 Categories of inaction and their relationship to future recommendations

The authors went on to investigate the correlations between a series of explicit actions (rating a movie, clicking on a recommendation, saving in a wishlist, …) and the inaction categories.
The whole table of correlations is available in their paper (Table 2) so I’m just going to give a few concrete examples :

The two examples above perfectly make sense and sound somewhat obvious. Yet other results are much more difficult to interpret or even look contradictory

The main take-aways from this paper are the following: