Sometimes you meet up with people that can inspire you for the rest of your life. This happened to me when I met Enric Ruiz Geli, the architect of the MEDIA ICT building in Barcelona 2 weeks ago.

I’ll not recount Enric’s life here (you can find enough about him on the internet); in a nutshell Enric won in 2011 the award for the world’s best building and he set up the office of his company, called Cloud 9, in this very building. 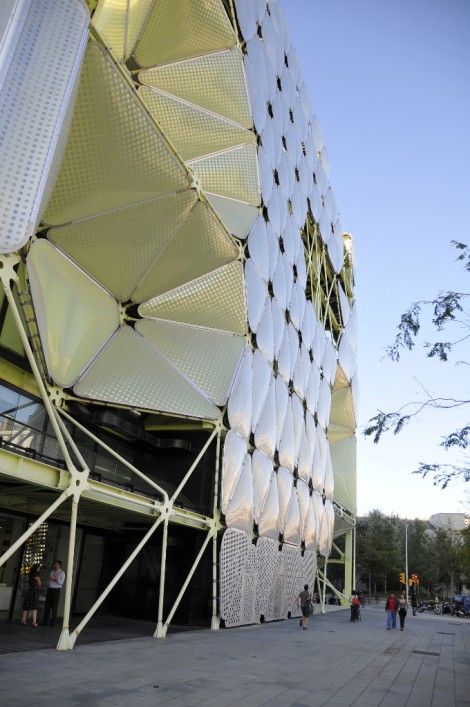 When Enric was giving his presentation there was a little, gentle music in the background and somehow this helped me connecting to him. I had one of those rare Aha moments, when you feel privileged to understand it all. What he was saying made so much sense that everything seemed to me so obvious, so logical. 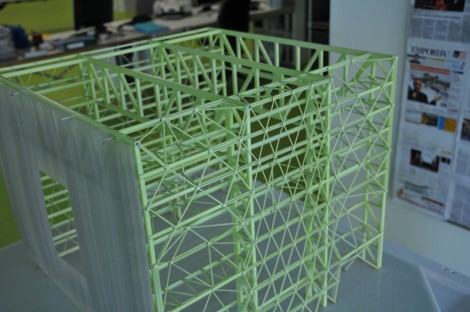 Enric started by explaining why today’s building are built following pre-define schemes and how architects don’t put those schemes into question. The result is over-dimensioned buildings, traditional in their appearance, which squander resources in the building phase and afterward. 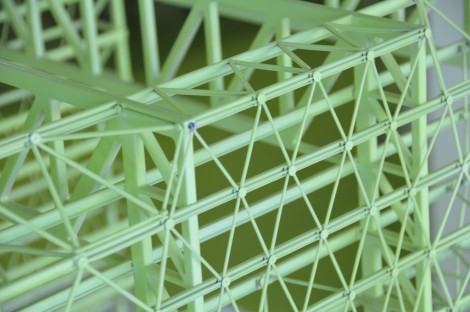 He then moved on to explain his vision of architecture and the impact an architect can make on her environment and on the community. This is pretty commonsense for an architect to consider herself as able to influence the world around the building. This is however less common to witness a clear and convincing presentation of how to do it. Enric did just that. He showed the role of the building and of the people working there on the neighborhood, on innovation, on the choice of setting up social housing and a museum next to it. 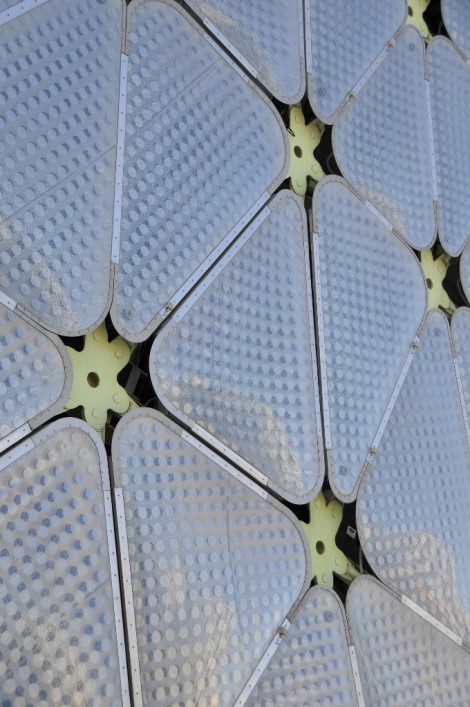 Eventually this path to innovation and collaboration was also translated in the MEDIA ICT architecture itself as well as in the engineering phase.

Enric explained for instance how his team worked with local companies to foster innovation and invention. Besides the 6 patents claimed during the engineering phase, this led for instance to creating a new structure for the southern façade. Rather than following the traditional architecture schemes a new way to fasten tension strips was created that led to decrease use of metal. This way of doing reflects on the supplier itself. Enric said this small company had also transformed itself along the project. Personnel was retrained and efforts were focused on engineering rather than on production. The money saved in material costs was captured in the engineering phase which is not only good for the environment (less material used) but also for the local economy as added value is kept local.

What I found astonishing is that the object linking the tension strips pretty well reflects this collaborative way of working. This buildings is based on the work of many rather than on the work of a sole architect. This is also an excellent way to spread risks when you think about it and yet, still too many projects revolves around one star architect.

Another amazing example was the approach to lighting. We will be remembered, Enric said, as people who light up highways, buildings and parking lots at night. What is the sense of all this? Why should on the contrary not the building light up its environment and give back to the community the energy he has accumulated over the day. First of all I fully agree with what he said about highways and parking lots. We’re squandering energy for nothing with such habits. Yet, how can a building give back to the community? The architects at Cloud 9 painted the structure with phosphorescent paint and the building actually lights up –though gently- around it. I see this more as a way for the building to be “alive” and to resonate with the community around it. The building shows itself in a peaceful, non aggressive way, to the people around it.

There is not much to add when you have the privilege to be with someone like Enric Ruiz Geli. I really felt like I was with a genius, ahead of his time and this helps stay humble. Thank you Enric.