Customer satisfaction is a complicated subject that is best outsourced to avoid ending up with complacent results.

What does customer satisfaction mean in the insurance world?

You’ll agree with me that insurance doesn’t exactly give you the same kind of thrill as a car, a Vuitton bag, or a chocolate ice cream. Insurance is mandatory; it’s annoying, and frankly, the less you think about it, the better. So, when we talk about customer satisfaction, we need to clarify the context.

Customer satisfaction in the insurance world is correlated to trust. The confidence to be reimbursed when you have a claim and not have to face an “obstacle course” to get your money. Because in the end, as Michael Moore showed in his documentary Sicko on health insurance in the United States, each refusal to compensate represents as much additional profit. So, an insurance company has a direct incentive (its profits) to oppose the customer’s interests. In other words, there is a permanent opposition between the interests of the customer and the interests of the insurance company.

This situation is unique. I don’t know of any other industry where such tension exists. Yet, the link between customer satisfaction and profitability in this sector has been demonstrated.

In this context, it is interesting to analyze the words of Axa’s CEO, Thomas Buberl. 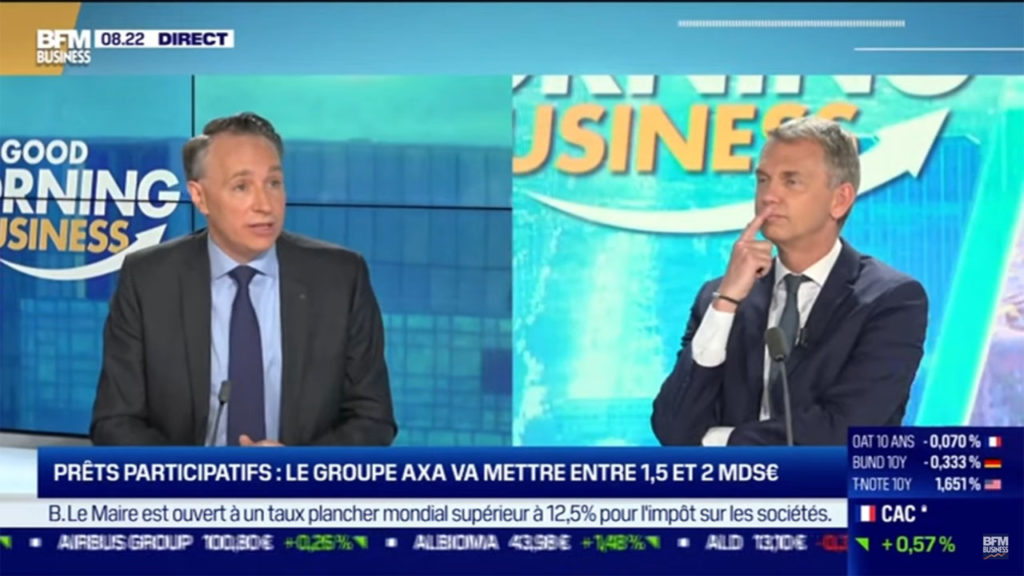 Thomas Buberl was interviewed on April 9, 2021, on BFMTV. During this interview, he declared that 94% of Axa’s customers are satisfied (YouTube screen capture on the BFMTV channel)

Thomas Buberl’s statements are surprising in many ways.

Although they are not very clear, his statements imply that 94% of customers would be satisfied. This comes in a particular context since Axa has faced multiple lawsuits because it refused to compensate restaurant owners for their business losses. Many of these lawsuits have been lost by the company, which estimates that 15,000 establishments are concerned in France. With such a bad buzz, how can we explain that customer satisfaction increased by 19% in 2020, as Thomas Buberl states?

This feat is all the more unlikely as insurance companies are among the businesses least appreciated by their customers. Research in 2019 established the overall satisfaction rate of the French with their insurance at 56%. The company Axa itself admitted half-heartedly to unsatisfactory results in 2017 and 2018 on its page dedicated to “respect for the customer” (this is not invented):

A glance at opinion assurance reinforces this impression. It shows an average satisfaction score of 1.9/5 for Axa (see screenshot below). So, what is the problem? 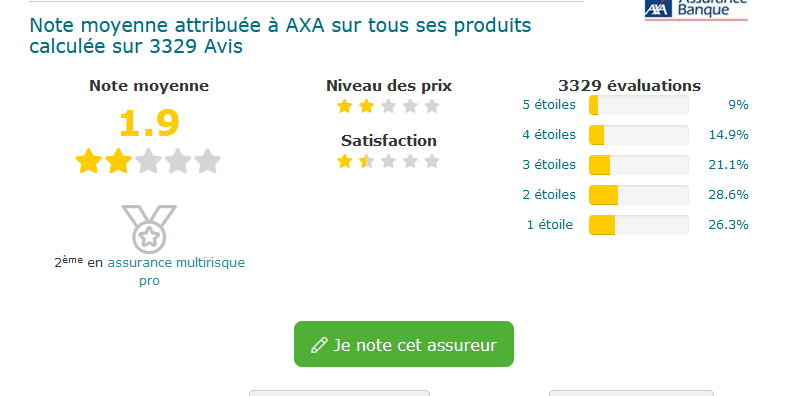 The Opinion Assurance website allows insurance customers to indicate their satisfaction rate. In practice, only extremely satisfied customers or incredibly dissatisfied customers leave a review because they feel the need to vent their positive or negative emotions. The scores are not representative of the entire customer portfolio, but, in the case of Axa, they put the 94% satisfaction rate claimed by its boss into perspective.

94% customer satisfaction: does that really mean something?

A widely used instrument such as the NPS (Net Promoter Score) is frequently misused to measure overall satisfaction. A scale from 0 to 10 is used to measure the recommendation of the service to relatives. People who answer 0 to 6 are called detractors; those who choose 7 or 8 are “passive,” and the others are promoters. From there, you can make the NPS say many things.

For example, you can aggregate the “passives” and the “promoters” into a “satisfied customers” category. You can also calculate the average of the given scores and measure the evolution against this average. You can also not make sure that the answers received represent all your customers (with 107 million customers, representativeness is a real problem).

In short, as you can see, there are many ways to make the figures say what you want them to say.