What is the concept of saturation in qualitative research?

Home » Research » What is the concept of saturation in qualitative research?

This article defines the concept of saturation in qualitative research, illustrates it with an example, and gives practical advice.

Definition of the concept of saturation

How to measure saturation?

It is reasonable to say that before 2006, no research had been done on the concept of saturation itself. In an article that has become central to qualitative research, Guest, Bunce, and Johnson (2006) finally dared to open Pandora’s box and tackle a subject that had previously been treated only superficially.

The 3 authors wanted to understand at what point a new interview no longer brought new knowledge. Based on qualitative research carried out in 2 African countries (Ghana and Nigeria), they measured the number of new codes that appeared per group of 6 interviews (see graph below). 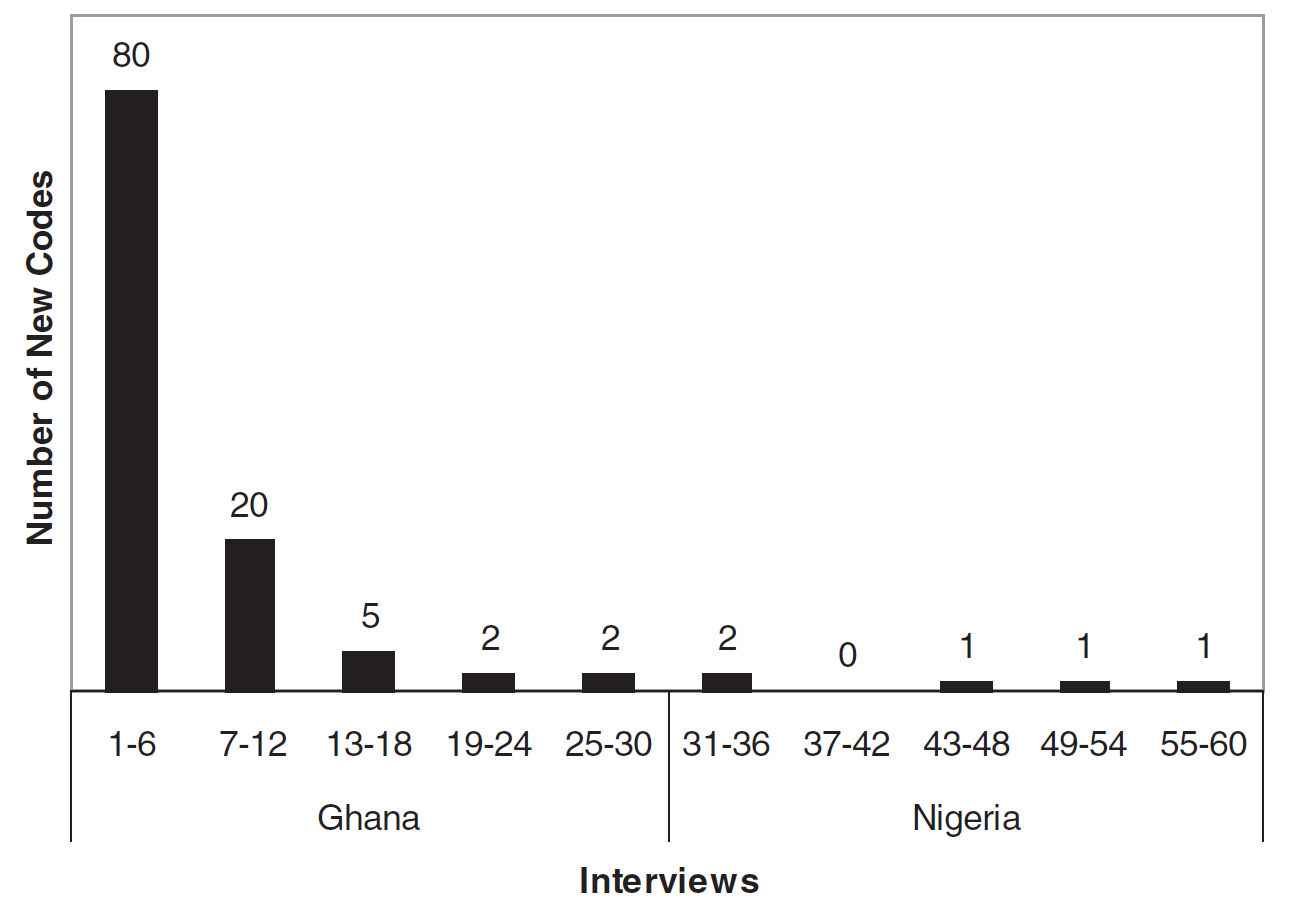 Code creation during qualitative interviews (based on Guest, Bunce, & Johnson, 2006)

As can be seen, the number of codes found decreases with the number of interviews conducted. This is logical and illustrates the idea of diminishing returns. However, what is more, surprising is the “speed” at which this decrease in yield occurs. Beyond the 18th interview, new codes become rarer until they almost disappear beyond the 36th interview.

This conclusion led Marshall et al. (2013) to propose a schema summarizing the situation (see below). As can be seen, a first limit is drawn to indicate saturation (30 interviews, dotted line), and the idea of a negative return is visible around the 35th interview. 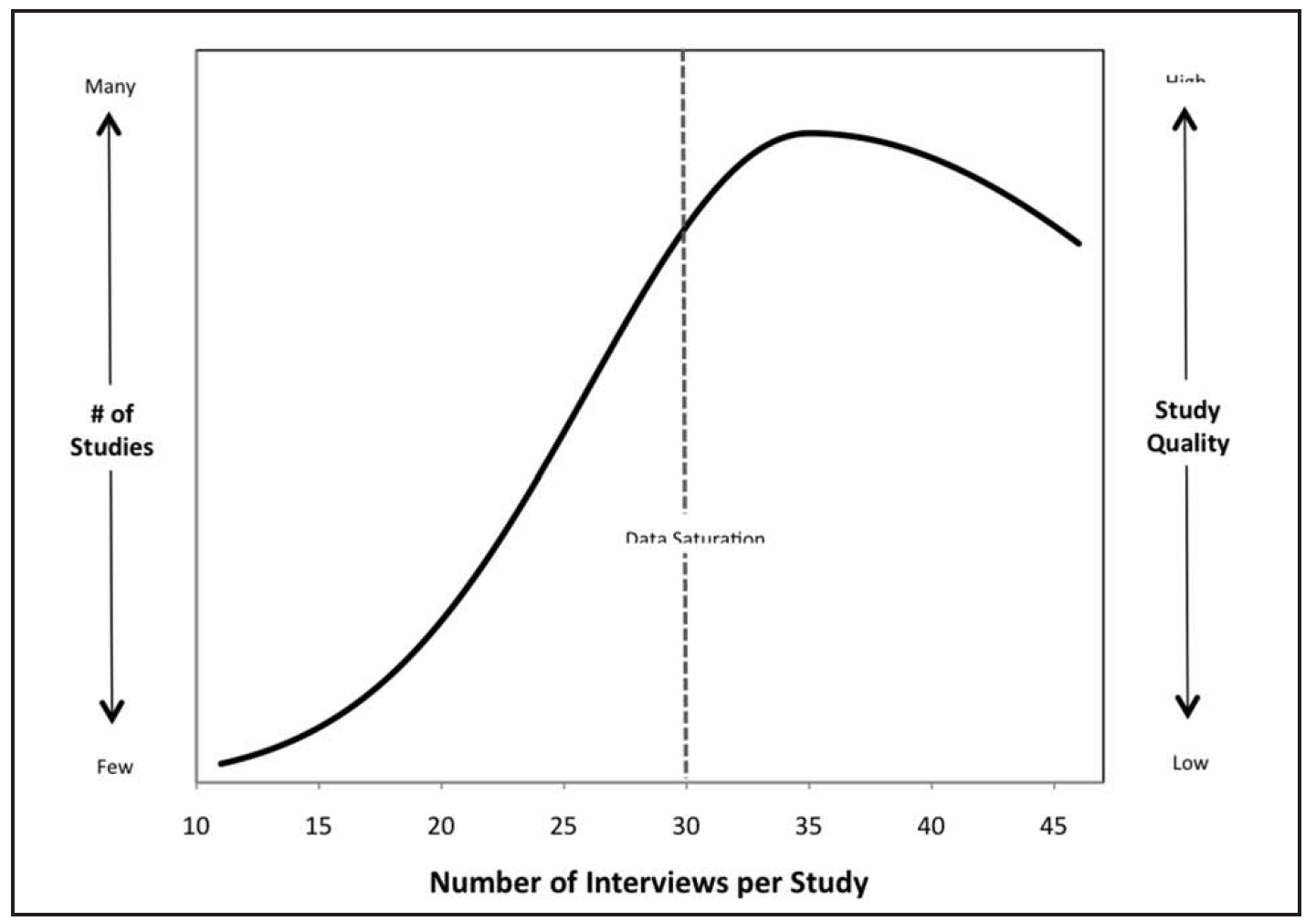 Number of qualitative interviews to be conducted and occurrence of saturation in a phenomenological research study (from Marshall et al. 2013)

Does this mean that 30 interviews are required for any qualitative research? While many researchers agree on the “magic number” of 30 (see, for example, Baker and Edwards, 2012), others cautiously remind us that several variables must be taken into account when deciding on the ideal sample size (Morse, 2000)

At the heart of the notion of saturation is, of course, the question of the number of qualitative interviews to be conducted. Robust research, unassailable from a methodological point of view, should imperatively go beyond a simple claim to the concept of saturation but should genuinely strive to show that the n+1 interview no longer brings anything new than the n interview.

To do this, it is imperative to code one’s interviews and, here again, disregard weak methodological approaches that are content to take notes “on the fly.” The time spent preparing and conducting interviews justifies making the most of them. To learn all about qualitative interview analysis, we have written a guide that you will find here.