Can we measure satisfaction in our bodies ?

Home » Marketing » Can we measure satisfaction in our bodies ?

I’ve been studying customer satisfaction, dissatisfaction, loyalty for more than a decade. Both my academic and business experiences have taught me one thing : there’s no one-size-fits-all magical recipe to satisfy people. There are almost as many ways to satisfy clients as there are clients. That’s why the quest for efficiency in satisfaction can be considered illusory.

Relying on satisfaction surveys is often inaccurate (despite the reliability of tools like the NPS) to measure the outcome of your efforts. Indeed satisfaction means something different for every one of us. With the advances in neuromarketing however, I was wondering whether we can dream of better ways to predict dissatisfaction.

What is more important to satisfy customers ? Service or product ?

Let’s first discuss one basic (but crucial) point : how is satisfaction achieved in the customer’s mind?

That’s a very good question and there’s no real answer to it. It all depends on the product / service itself. Olivier (2009) has categorized quite nicely the antecedents of satisfaction in one graphic (see figure below). 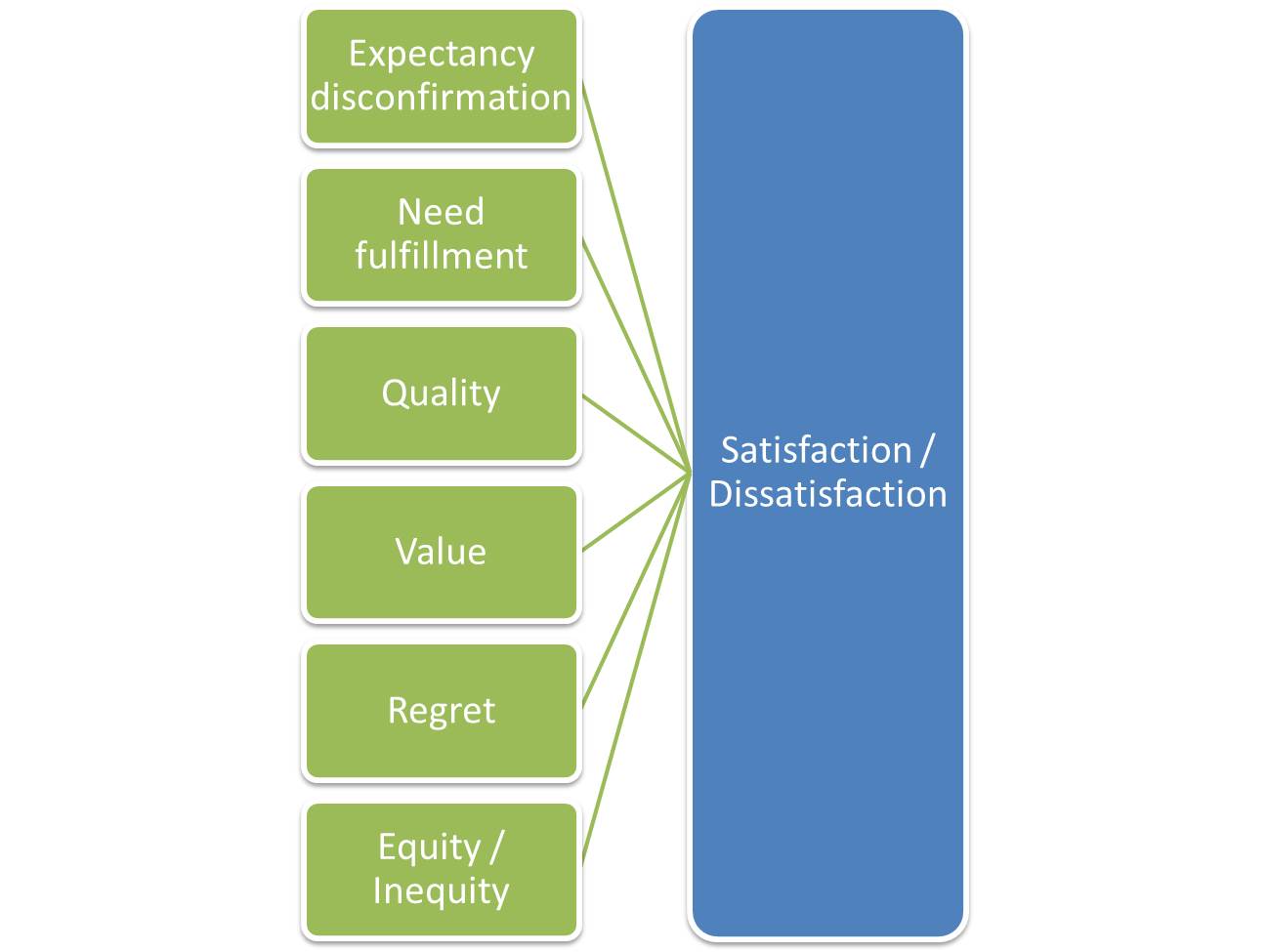 I tend to think that in most cases service is more important than product performances. Why is it like it ? Simply because outcome is a given. The customer has long formed precise expectations about what the product should deliver; what matters on the moment of the purchase (or later during the repair / complaint process) is the “how”. How am I addressed ? Am I respected ? How is my problem handled ? How convenient is the purchase process ? ….

The interaction matters and that’s what we propose to explore with a new method.

Levels of oxytocin as predictors of satisfaction ?

If we agree that the interaction itself can shape the level of satisfaction of any human being, we may want to understand what happens in our bodies when we interact with an employee.

It shouldn’t come as a surprise that verbal interaction is richer than written communication. Body languages, faces expressions, intonations, all contribute to enhancing the quality of the interaction.

Oxytocin is an hormone which has following properties (source : Wikipedia) :

It increases trust and reduces fear: In a risky investment game, experimental subjects given nasally administered oxytocin displayed “the highest level of trust” twice as often as the control group. Subjects who were told they were interacting with a computer showed no such reaction, leading to the conclusion that oxytocin was not merely affecting risk aversion. Nasally administered oxytocin has also been reported to reduce fear […] Some researchers have argued oxytocin has a general enhancing effect on all social emotions, since intranasal administration of oxytocin also increases envy and Schadenfreude.

Advances in marketing have been allowed by the use of techniques from neurology and medicine. For instance, reactions to advertising are measured through eye-tracking, and emotions through contractions of facial muscles.

If oxytocin is positively correlated to social emotions, it may become a more objective measure of satisfaction levels. Everyone has different expectations; yet, everyone reacts physically in the same way.

Exploring satisfaction through the angle of neuroscience may well deliver some interesting results in terms of what turns people on … or off.