Will wine in cans be as successful as the Bag-in-Box?

Home » Innovation » Will wine in cans be as successful as the Bag-in-Box?

Will wine in cans be the next trendy format? In the current context, nothing is impossible. The Covid crisis is changing habits, and a design like the Bag-in-Box (BIB) now accounts for half of all sales. Why shouldn’t wine in cans follow the same trajectory? This article traces this particular format’s history, and we have interviewed a winemaker who has gambled on this format.

The Covid crisis has had a significant impact on wine consumption. Bag-in-Box, those large containers of cheap wine, now account for 44% of wine sold in supermarkets, up 10% from January-February 2021. Who would have bet on it even 10 years ago?

Bag-in-Boxes have indeed taken several decades to become popular with consumers. Initially invented for the packaging of chemical products, wine was packaged in them as early as the 1970s. The Bag-in-Box’s natural evolution was the “French Rabbit,” a format invented by Jean-Claude Boisset (see video below).

In this perspective, I am now looking at another type of container, perhaps even more disruptive: wine in cans.

Wine in cans: the next “trendy” container for wine? 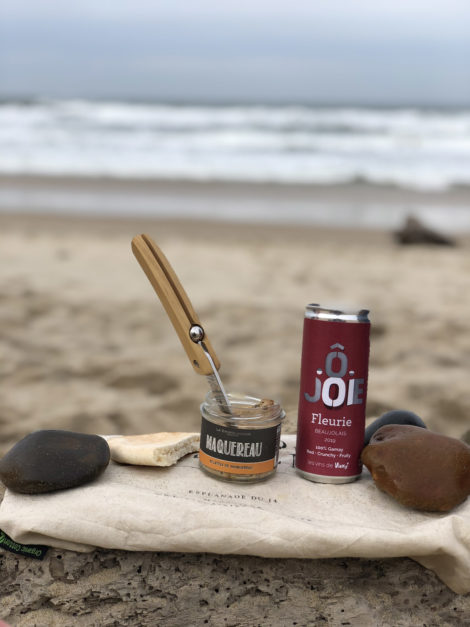 Cans have been used for over a decade to package wine. The first “canning” actually dates back to 2010. It was in Switzerland that the idea was born in the imagination of Alain Toscan, then president of the company Neowines.  The success does not seem to have been achieved since the company Neowines no longer exists. On the other hand, the container still exists, and initiatives are taken here and there.

The can has several attractive advantages:

Despite all these strong points, the wine in cans also suffers from a considerable disadvantage: prejudice. Like the screw cap, the can is associated in the minds of consumers with sodas. And whatever one may say, wine consumption is a ritualized act rooted in thousands of years of history. So, it’s not easy to forget the glass bottle and the cork.

But aren’t we overestimating the resistance of consumers? Wouldn’t the brakes on change be more the result of the winegrowers themselves, who are too traditionalist?

It is in this context that my curiosity was piqued by a publication of Anne-Victoire Monrozier (aka Miss Vicky Wine). This young winemaker and blogger was promoting her cans of wine on social networks. So I wanted to ask her about her motivations and expectations. 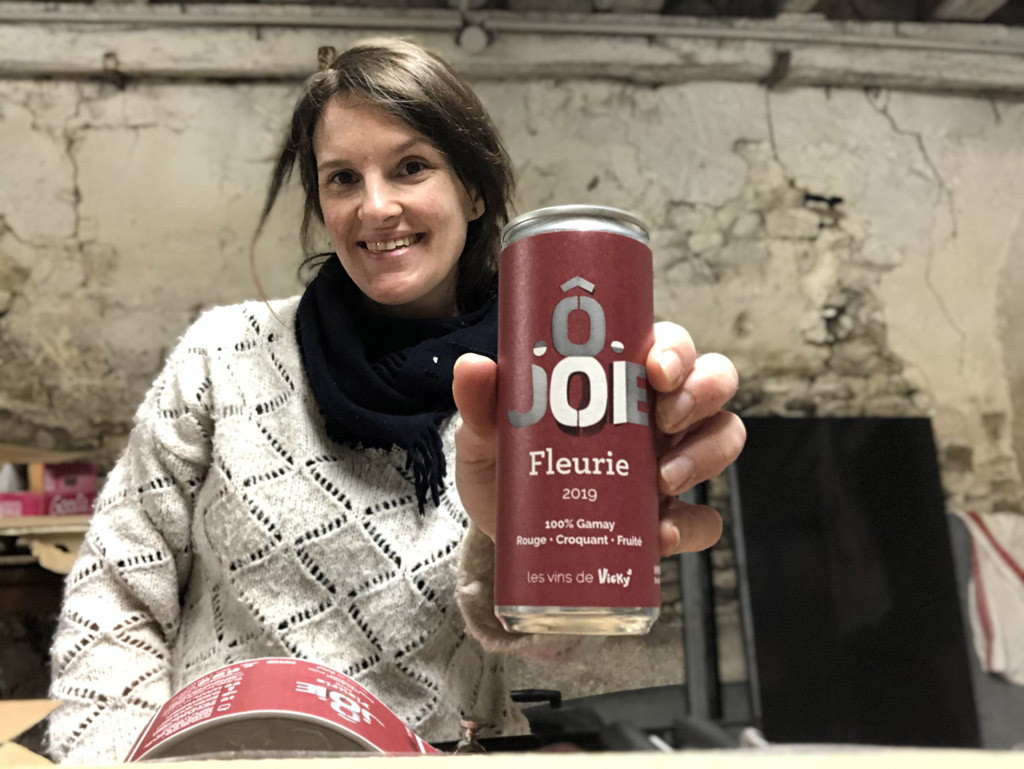 Anne-Victoire Monrozier holding a can of wine from her production.

Besides the traditional bottles, you now propose 2 references of wine in cans (Muscadet and Fleury). Can you explain to us what motivated your decision?

I have always loved innovation; it excites me! So, I’m always on the lookout for new things, and I had the opportunity to organize a conference on the can. It’s a simple format; it takes us out of the historical wine reference frame, which can have a rather snobbish or erudite connotation.

What advantages do you see in wine in cans? How are the uses of wine in cans different from those of a classic bottle?

The can will never replace the bottle, but it fills a gap that glass cannot fill. It is above all super practical: light and solid, so easy to carry (send by mail, throw in a bag), but it can also be opened in one gesture and stored without taking up space.
Its main advantage for me is its small size, which allows moderate daily consumption.

What clichés do you encounter that are most often associated with wine in a can?

Quality comes first, followed closely by aluminum taste and longevity. The quality is up to the can maker to choose, and unfortunately, until today, we often find inferior quality wines in cans. However, like the Bag-in-Box or the craft beer, this could change! I think the can will win when the can makers are proud of the juice, they put in it. Concerning aluminum, it’s a legend; there is no taste unless, of course, you decide to drink from the can, which is not done much. Do you drink from the bottle? The longevity is not guaranteed beyond one year, but in reality, if you respect all the canning parameters, you can keep it much longer. In any case, it is not meant to be stored in a cellar… and the same is true for many bottled wines.

Wine cans have existed for 10 years. Yet, its distribution remains confidential. How do you explain this?

Many have thought about it, and I’m not sure. Maybe it is too far from the codes, like the Bag-in-Box at the time? Is it the coldness of aluminum or the fact that never before have good wines been put in cans?

It took almost 60 years for the Bag-in-Box to become established (it now represents 44% of the volumes sold in supermarkets). What does this inspire you?

A lot of optimism. And I think the world has changed in 60 years. The Bag-in-Box may have set the stage for its little sister the can? If we know how to buy wine in plastic, there is no reason why we can’t buy wine stored in aluminum!