The return of vertical integration

Vertical integration had fallen into disuse in the wake of globalization. But the Covid crisis has reshuffled the deck. Since 2021, vertical integration has been at the center of the strategies of companies like Amazon, Apple, Ferrero, Tesla, and NVidia. In this article, we explain why big companies are changing their approach. We also give you many recent examples that illustrate this paradigm shift.

Why vertical integration is back on the agenda

The 90s saw the emergence of globalization of trade at all costs. The positioning of China as the world’s workshop encouraged companies to outsource their production massively. At the time, managerial theories suggested that companies concentrate on the part of the value chain they mastered best and outsource the rest. This is how empires were built, notably in clothing and electronics. Just as Nike and Apple promoted “designed in the USA, made in China,” it was almost impossible to find a company in these sectors that still controlled all aspects of its production. This had become the prerogative of the luxury sector. The Swatch group, for example, against all trends, had bought out all its suppliers to control all its processes.

The outsourcing and deconstruction of all the links in the value chain have contributed to accelerated production rates. The drifts that followed (particularly in fast fashion) came abruptly with the Covid crisis. Factories stopped, global trade seized up, revealing the system’s fragility. Therefore, the control of production processes reappeared as a solution to this vulnerability.

That was all it took for vertical integration to regain its credentials.

These companies that are turning back the clock

Few companies had made vertical integration a strategy. They were often confined to the world of luxury goods, whose margins allowed them to avoid focusing on production costs. In this article, we have detailed the strategy of the Swatch Group, whose brands were supplied with parts by a galaxy of small companies integrated into the group over the decades.

Since 2021, we see many companies rediscovering the virtues of vertical integration. 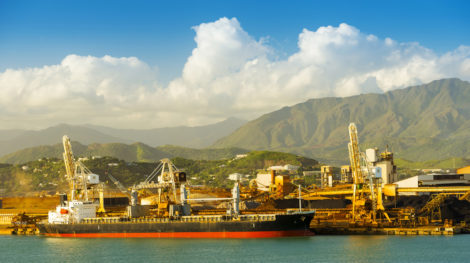 Battery production requires nickel. To secure the production of its electric vehicles, Tesla has signed a contract directly with the Goro mine in New Caledonia. Tesla could also invest now in a mining project in Tanzania.

Ferrero promotes the planting of hazelnut trees to produce Nutella 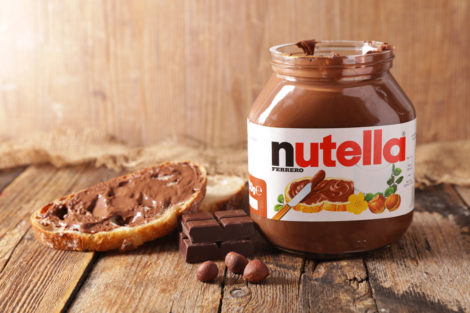 The currency crisis in Turkey is putting hazelnut production at risk (the country accounts for 70% of world production). So much so that Ferrero, the parent company of Nutella, is relaunching its support for the industry. Italian regions are applying (such as Potenza Picena in the Marche) to plant trees and thus ensure the independence of the Italian food giant in the production of its best-seller.

The streaming sector has become an enormous market cleared by Netflix. The quality and originality of the programs are essential factors to convince new subscribers. This explains why Amazon bought MGM Studios for $8.5 billion. In doing so, Amazon is acquiring a unique catalog and expertise that will allow it to fuel its conquest strategy.

Mercedes wants to develop its own electric motors

The transition to electric cars (see the latest statistics here) poses several challenges to the historical manufacturers. Expertise has been developed for decades on the combustion engine, and the abruptness of the transition calls into question the very existence of some manufacturers. Therefore, the acquisition of a specialized company and the integration of its activities makes it possible to acquire the missing knowledge quickly. This is the objective of Mercedes with the purchase of the British company Yasa in July 2021.

The Apple example is not strictly speaking a vertical integration. Apple does not buy cobalt mines but has signed direct contracts to secure its supply. The level of complexity is therefore increasing (it is necessary to manage several suppliers of raw materials directly) at the same time as the level of dependence is decreasing. The problem of supplying metals and rare-earth has become strategic for all the major hardware manufacturers. So much so that China has banned foreign investment in rare-earth.

NVidia, the graphics processor specialist, wants to buy ARM, the chip design specialist. The takeover is causing a stir in the markets because it could create competitive distortions.

The 3 advantages of vertical integration

By integrating upstream, the supplier is absorbed and the margin he made with it. The price of the product can then be reduced downstream while increasing profits.

Vertical integration allows to control and secure supplies. It is the safest solution when a contractual relationship is too risky. A variant, implemented by Tesla and Apple, consists of eliminating intermediaries and contracting directly with the producers of raw materials (nickel and cobalt, for example) when it is impossible to invest directly (see the Chinese ban).

Wealth creation is not always located at the same value chain level. It can shift over time. Vertical integration allows for greater flexibility and resilience when such shifts occur.

The reindustrialization of Western countries is a recurring theme that contains the essence of the need to control the different links in the value chain. Vertical integration has come back into vogue due to political discussions on industrial sovereignty. Excessive dependence on a few countries has led countries to question the remedies to be applied.

But vertical integration also has a downside: excessive control. Outsourcing has had the positive effect of increasing competition, driving down costs, and simplifying consumer equipment. This fear of distortion of competition is prompting the FTC, under the leadership of President Joe Biden, to investigate the semiconductor industry. The attempted takeover of ARM by NVidia (see above) has led to fears that consumers will “foot the bill.”

In the end, vertical integration and outsourcing should be seen as two sides of the same coin. It is the economic cycles that determine which one is more attractive.