In my quest to understand how algorithms limit our freedom, my attention was caught by a piece of research published in June 2015 in Science.

This research was funded by Facebook (which is an important piece of information) and aims at understanding whether Facebook’s News Feed selection algorithm limits the diversity of the information we consume on Facebook.

The authors conclude that Facebook’s algorithm(s) actually expose us to more diverse opinions and contents than our natural network does. I’d love to explain and detail the methodology the authors used but I guess it would be of no use to most of my readers. So let’s just jump to the conclusions and reflect on them.

The graph below shows you what people mostly share on Facebook. As you can see there are two peaks : one blue on the left, on red on the right. They indicate which type of content (clearly left-wing and clearly right-wing) Liberals and Conservatives respectively share. 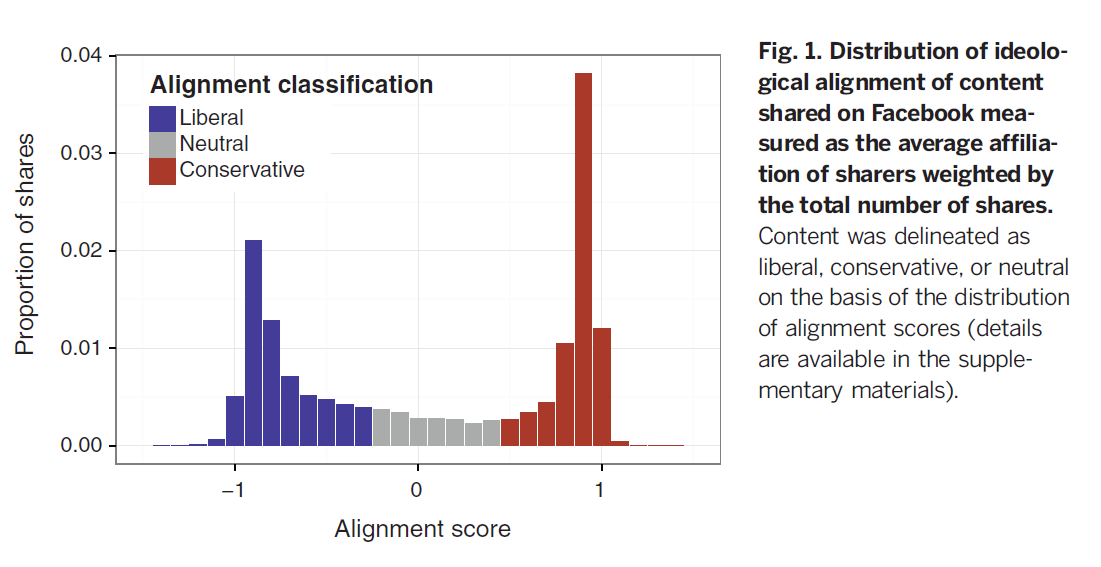 Conclusion 2 : 20% of your Facebook’s friends have different political opinions

Conclusion 3 : Liberals’ friends share less information from the other side

This was at first counterintuitive for me but the facts are there. As the authors write :

“liberals tend to be connected to fewer friends who share information from the other side, compared with their conservative counterparts: Of the hard news stories shared by liberals’ friends, 24% are crosscutting, compared with 35% for conservatives”

This is an obvious hypothesis. We mostly share fun facts, less serious content on Facebook. This study allows us to put a number on this behavior. The authors categorized content shared “as either “hard” (such as national news, politics, or world affairs) or “soft” content (such as sports, entertainment, or travel)”.

And guess what … 87% or content shared was of soft nature.

The graph below (found in the online supplements of the original article) shows it all. Look at the two peaks on the right-hand figures : apparently liberals have a tendency to share more softer content than liberals. And liberals do just the opposite. Does it mean than conservative ideas are more difficult to propagate and that there is an inherent tendency of conservatives to share their ideas to make them spread ? 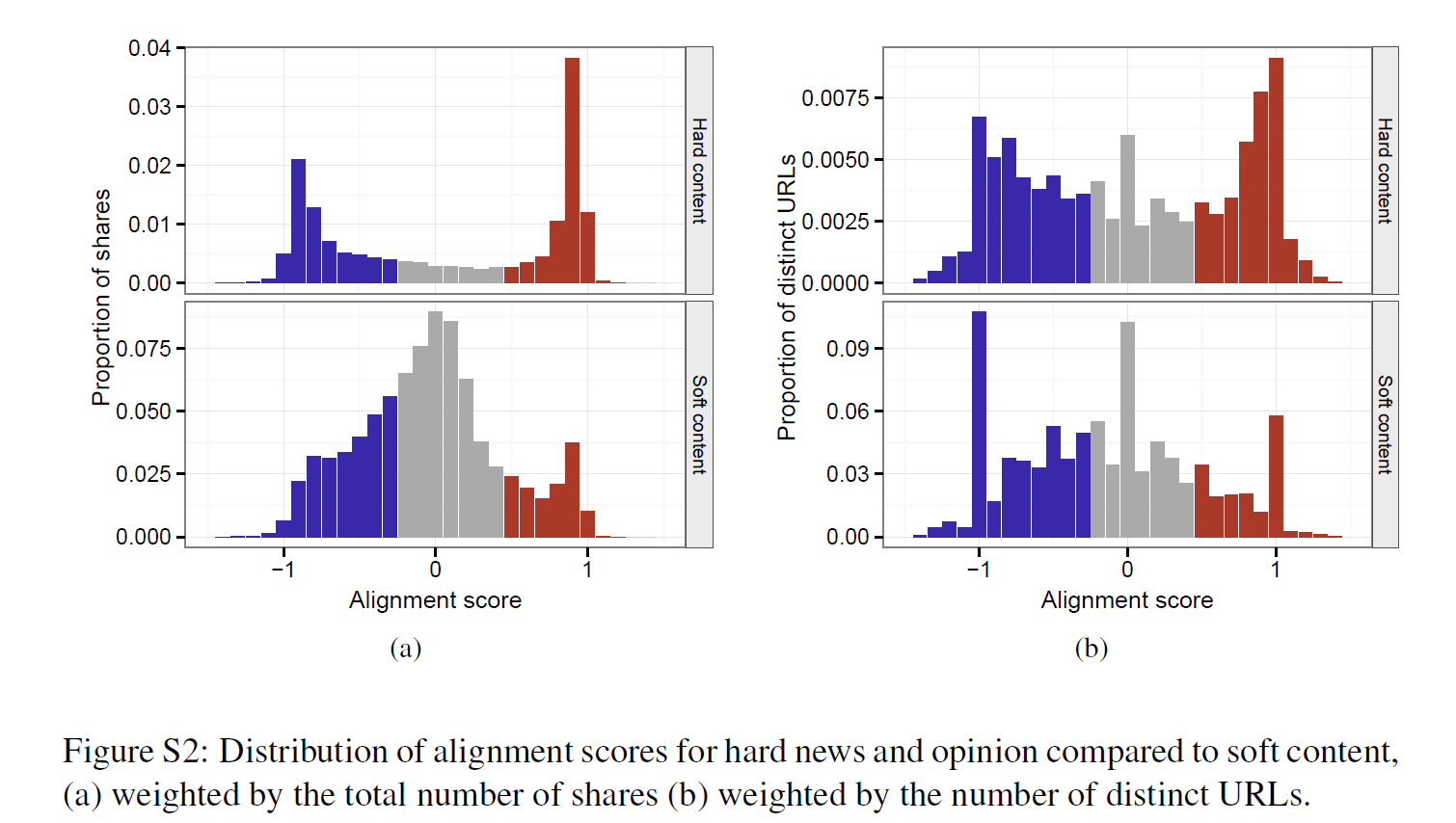