I have often been disappointed by Virtual Reality (VR) applications. Like IoT (Internet of Things) most VR applications add no or little value for the user. There is an entertainment effect but it’s far from sufficient to make you a loyal and recurrent user.
On my latest visit to Ecole Polytechnique Federale de Lausanne (EPFL) I had the opportunity to quickly visit the Pierre Soulages exhibition that has held in the Art Lab. This exhibition, as I described earlier was meant to show what the future of Art exhibitions may be. Next to the paintings by Soulages EPFL has placed various equipment (technological and less technological) to better understand Soulages’ work.
I’ll keep the VR thing for the end and will start with two educational devices that I found very interesting :

And finally comes the VR thing. Three VR binoculars were standing at the entrance, pointing to a white wall (what an irony for a Soulages exhibition). On the right side of each binocular, a rotating button. Put your eyes on the binocular and you see a text in white characters floating over a painting by Soulages. Rotate the button clockwise and the text opens like a door. You start entering into the painting ! The more you turn, the higher the magnification and the details of the paintings. It’s not a painting anymore. It’s a new uncharted territory, a new planet, black in colour, made of pits and hills. You become an explorer and remain amazed by the light reflections on this black soil.
This was an absolutely amazing experience, one that adds value for the visitor because the work by Soulages is so much tri-dimensional.
The technology behind this VR application was developed by a Swiss start-up active at EPFL, ArtMyn. They use a special equipment to scan under different light conditions and then create a 3D file of the object scanned. I found this technology pretty similar to the one used by Twinkind, a startup producing 3D figurines (which unfortunately went bankrupt in June 2016) 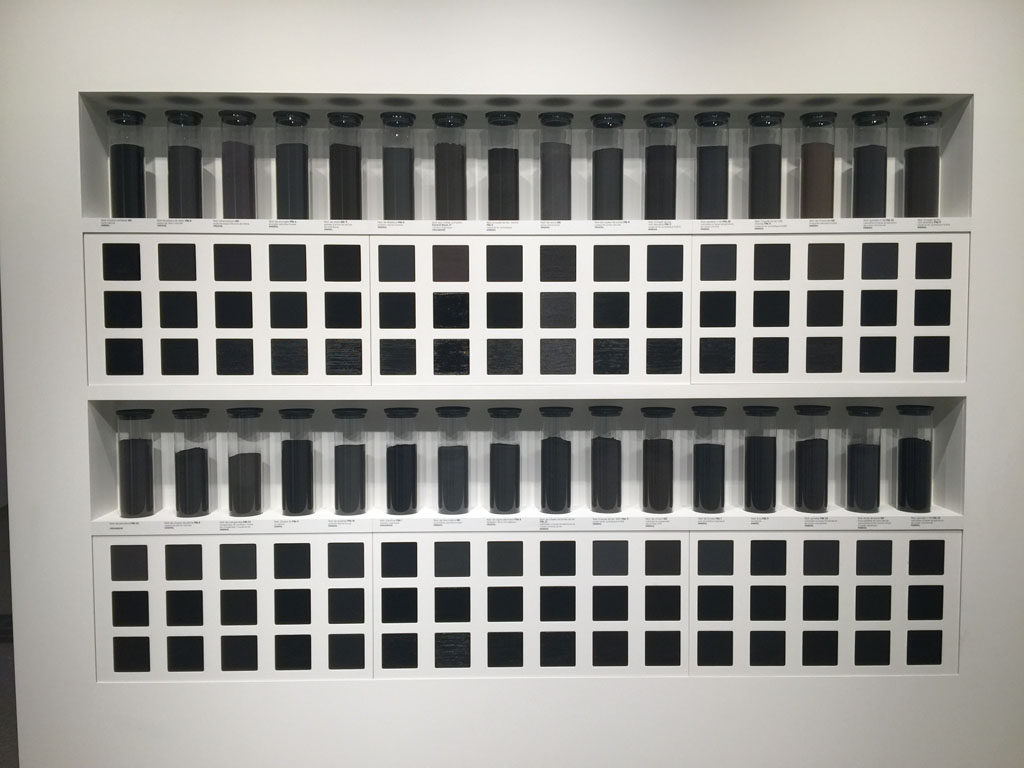 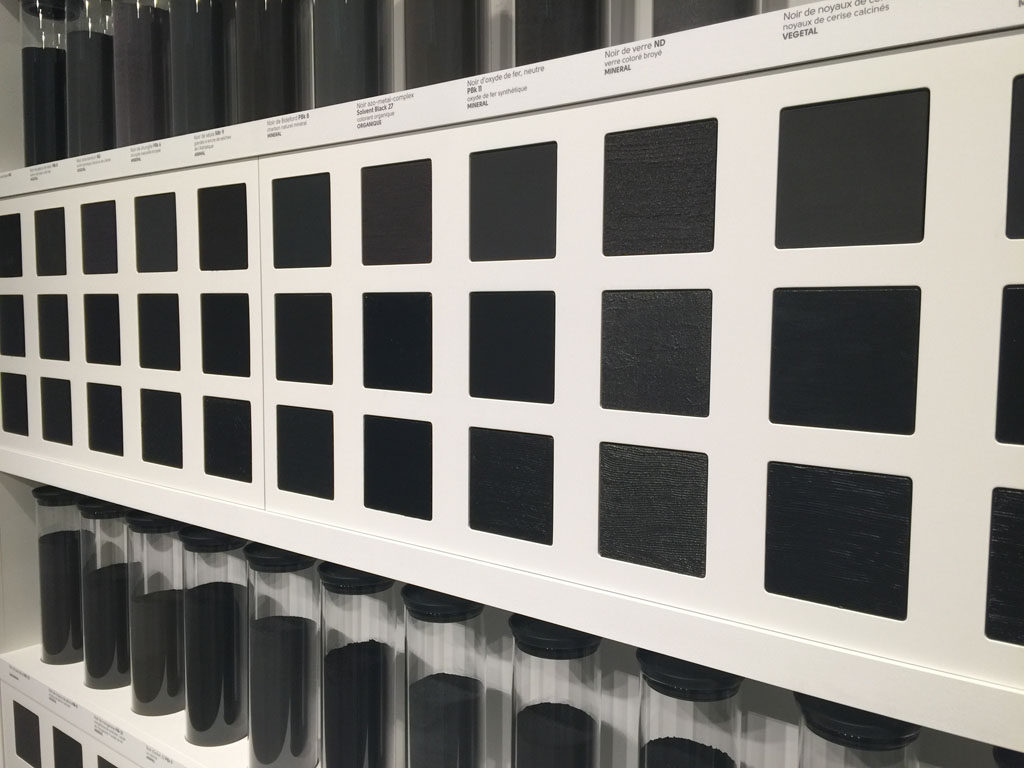 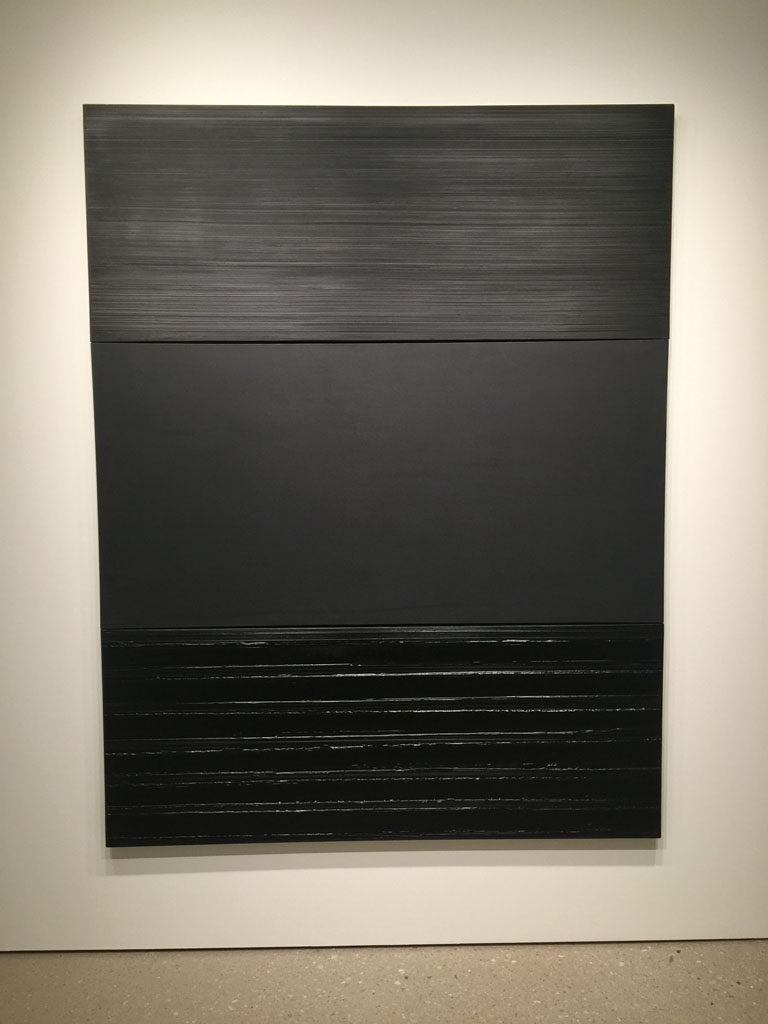 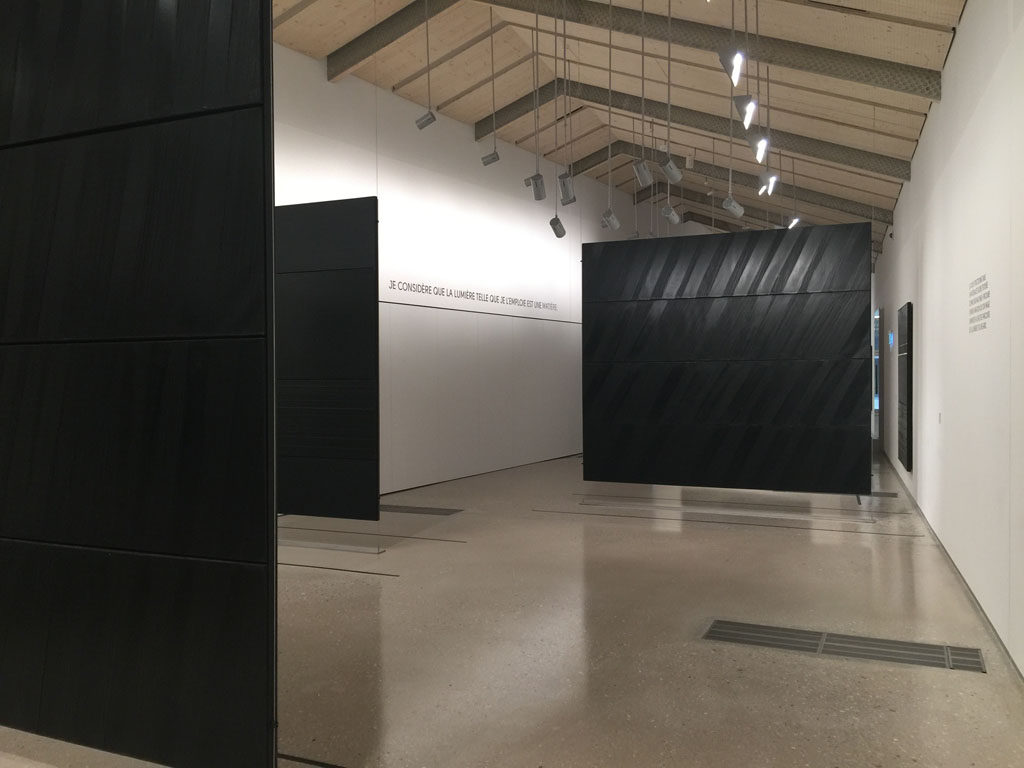 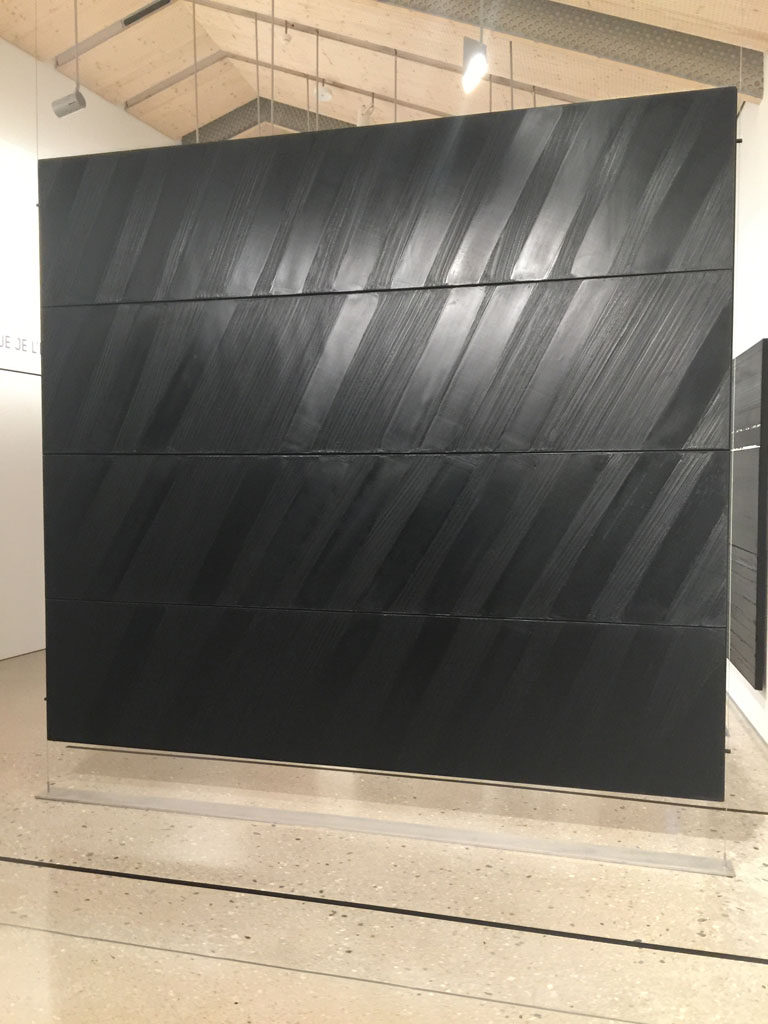 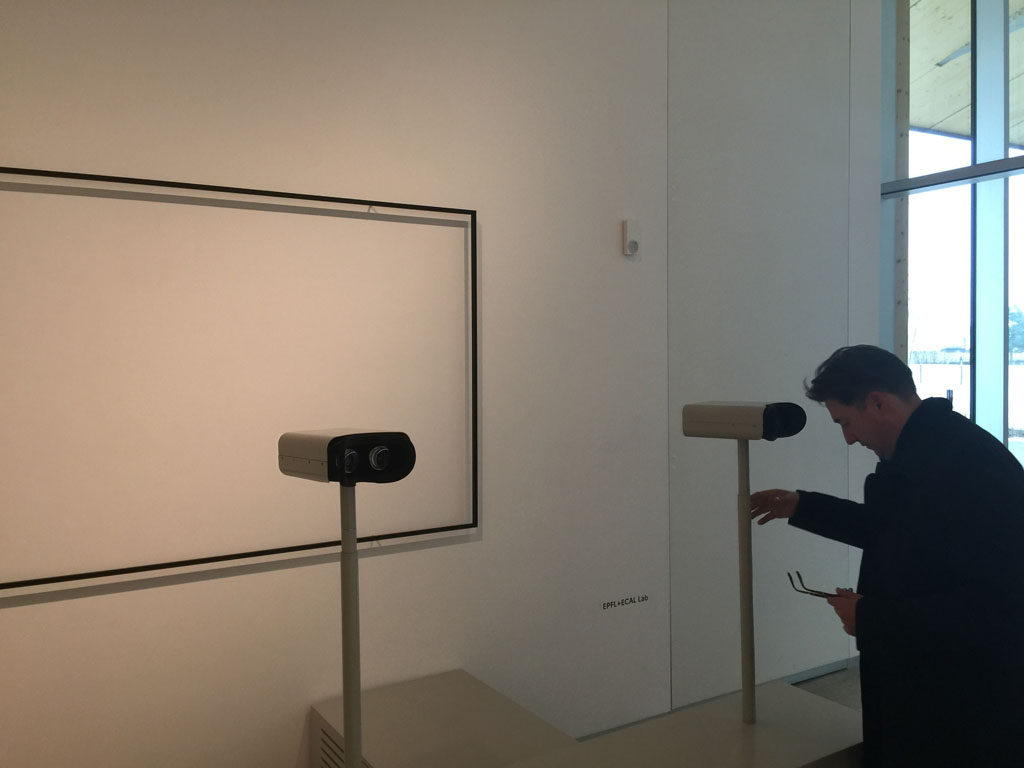