We think that not all customers deserve the same level of attention. Actually some customers should even be left dissatisfied. Looks like a strong statement ? Read further to be convinced that you should change the way you decide on how to satisfy your clients.

This article will introduce you to Customer Lifetime Value (CLV), a metrics that companies should be using to allocate resources efficiently. Yet, few companies use the CLV to decide on their marketing actions and this is a BIG mistake.

Nowadays companies get multiple triggers from customers : through Facebook and Twitter, by email, on forums, … How much attention and money gets into monitoring all these sources of feedback?

Armies of community managers strive to answer customers’ enquiries and complaints as fast as possible.

Speed of reaction has become the Number 1 KPI (Key Performance Indicator). Yet, no one dares asking this simple question : “Is it always necessary to answer quickly to a customer?”.

We think it’s not.

Speed of reaction comes at a cost: low-quality answers

What happens when customer service answers too quickly is that the answer is not tailored to customer’s expectations. You create even more dissatisfaction in return. We gave an example of this underlying risk in a post over Coolblue.

It’s essential to put efforts on customers who really deserve it and no squander resources with unprofitable customers.

Not all customers deserve the same level of service

Let’s take a concrete example of why customers should not be handled the same way.

A recent polemics started in France (read article in French) after the strikes and the resulting shortage of gas. One supermarket (Leclerc) decided to limit the supply to those customers who had spent at least 60€ on the day they wanted to fill up. 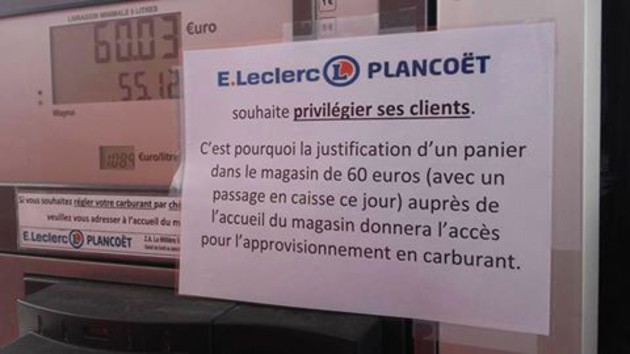 This story provoked outraged reactions. People felt like this was an unjust decision. We’ll not argue on whether or not it was legal to make supply depend on a purchase amount. We argue however that it was perfectly legitimate for Leclerc to set rules on who will get gas and who won’t.

In a period of short supply, giving access to gas can be seen as a privilege, as a reward. From the point of view of the firm it would be perfectly unfair to give the same reward to anyone. It’s therefore perfectly understandable that Leclerc set a threshold. The choice of this threshold is questionable however.

The choice of Leclerc is questionable because the reward (filling up) depends on the amount spent in the supermarket on one particular day. This is unfair to loyal customers, especially those coming often and spending less than 60€.

What Leclerc should have done was to use the CLV as an indicator to decide who deserved filling up gas and who didn’t. This would have rewarded the most loyal and profitable customers) and would have given strong arguments against detractors.