Can Big Data become a technique to promote transparency and equity

On this blog I often took a pessimistic look at Big Data, asking for a revolution in how firms build and use their algorithms. I called for instance for opening up the models behind recommendation algorithms and wondered whether our freedom was at stake.
Today’s article will be definitely more optimistic because I met last week at the CPDP 2017 conference two speakers that delivered brilliant presentations on how Big Data can actually become a tool to promote transparency and equity.

The first presentation was given by Krishna Gummadi who developed his idea of “algocracy” and how transparency can be achieved through algorithmic lense to detect discrimination in human decision making.
You have all heard about the Airbnb case where black people were discriminated against white people when trying to rent a property on Airbnb. Krishna Gummadi and his co-authors searched for similar patterns of discrimination in the stop-and-frisk datasets of the New-York Police Department. What they found in the time-series were changes that they were able to associate with changes in guidelines given to policeman, either formal (i.e. changes communicated to the public) or informal.
The two graphics below speak for themselves. You can clearly see sudden drops or increases.
This case is, I think, a very good example of how algorithms can help reveal changes in human decision-making processes and make them known. 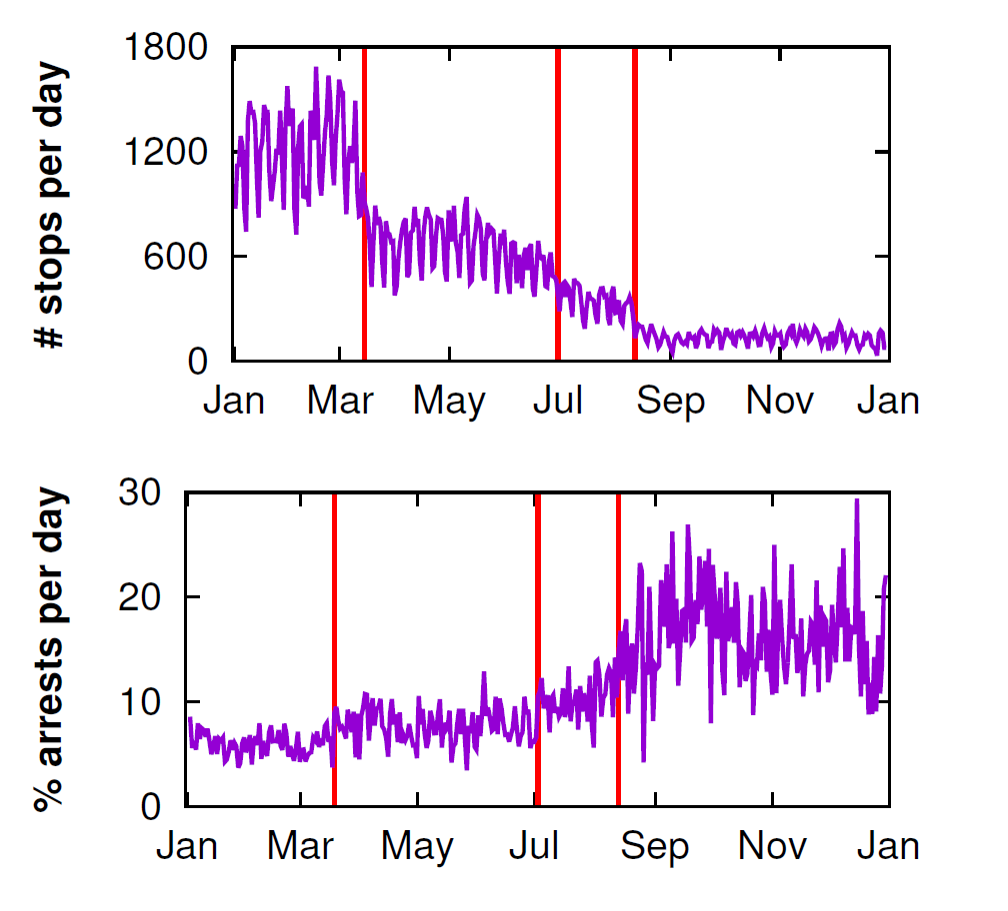 Another very enlightening example was given by Javier Pimentel Calderon Of Kreditech (Germany). Kreditech’s mission is “to provide access to credit for people with little or no credit history: The underbanked”.
Javier explained that when data scientists looked into the history of approved credits, they found out that some of the people who got approved would have certainly been rejected if the decision had been human-based.
In this very specific case, we can say that algorithmic decision-making brings objectivity, fairness and equity.

The upcoming General Data Protection Regulation brings forward the concept of fairness. This is in my opinion a radical change that may force companies to reflect upon their Big Data practices.
Let’s face it. Most Big Data applications today are designed to make firms better off and not necessarily customers. The two examples above (and especially the second one) show that fair uses of algorithms is also possible and should be encouraged.
The situation in the world today is serious enough to consider that we need less inequalities, not more. Algorithms can contribute to this positive change.