We talked about nudges this week on this blog (see our article on the Icelandic nudge to promote public safety).
Today I’d like to give you another insight into behavioral economics and show you how human behavior can be influenced by a picture.

The story of an unexpected nudge

Last month I was at Brussels airport and tweeted about something strange I had observed in the arrivals hall : 4 charity boxed one of which contained much more money than the others.

Hello @BrusselsAirport; ! Are you running a competition between non-profit organizations ? pic.twitter.com/9CH6Q8Ugnv

Brussels Airport responded that the reason behind the observed differences was that WWF emptied its boxes less frequently.

ok, we’ve double checked with the responsible and the reason why WWF has more money is apparently because they don’t empty their box… 1/3

I was once again travelling in October (some 5 weeks later thus) and had the opportunity to observe the charity boxes once again : the one in the arrivals hall but also the one in the departure hall. Although all boxes had gained some money, the differences remained the same. The WWF Panda wins largely over the poor little children of the 3 other associations.

Magically, after I had sent my tweet, the WWF box got emptied. 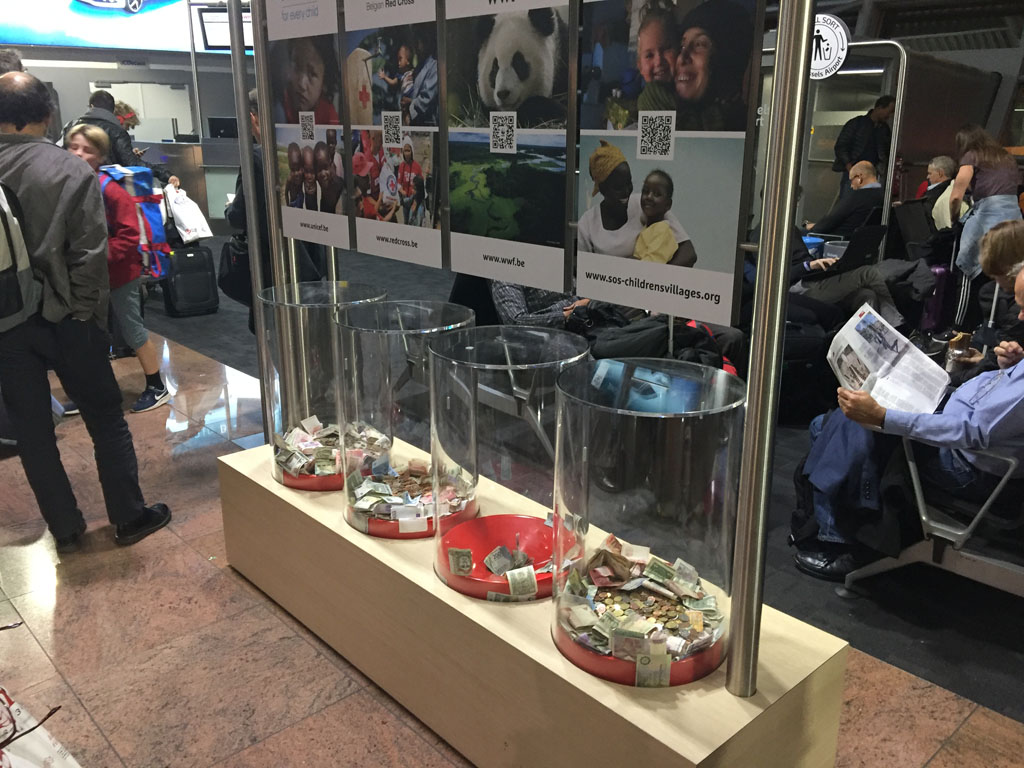 The analysis of the nudge

First of all let’s clarify that I don’t believe this “nudge” was intentional. My assumption is that the guys of Brussels Airport genuinely wanted to be fair but didn’t understand that the design of their charity boxes may actually create a nudge.

Look for instance at these other charity boxes I saw at Vilnius airport (Lithuania) : they all have approximately the same amount of money. They have one major difference compared to their Brussels counterparts : there is no picture. 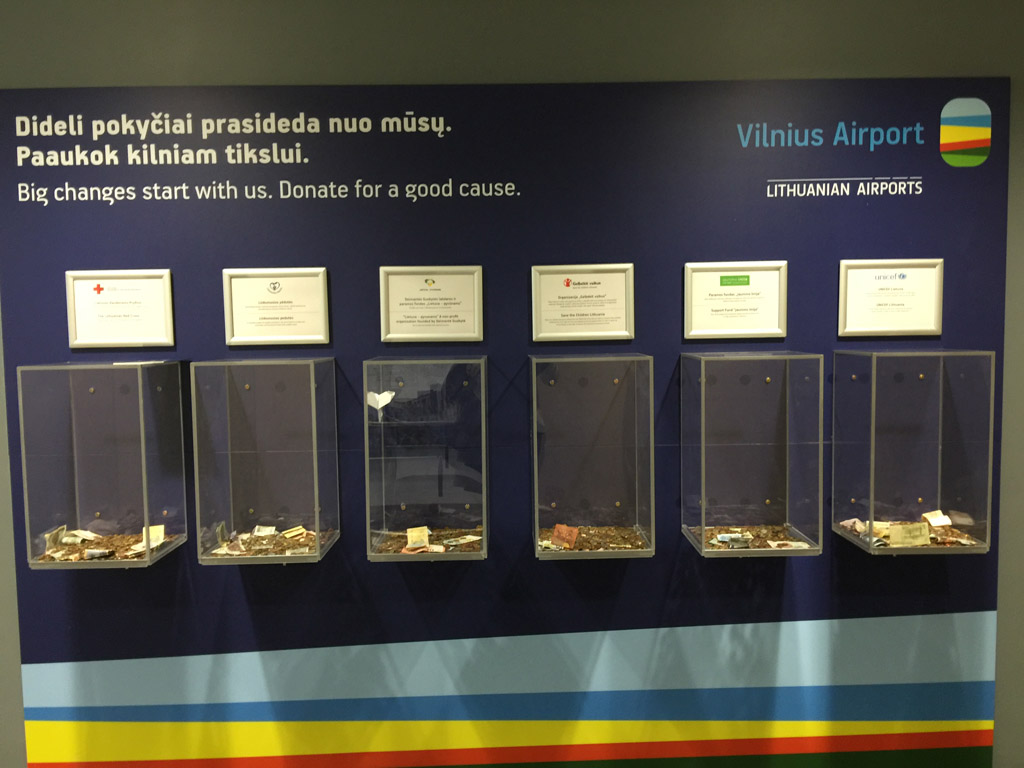 My assumption is that the picture of the panda attracts more positive feelings from travelers, hence leading to more donations. This may be harsh but it’s the way it is. WWF has made pandas into “bankable” animals. Zoos all over the world have based their success on these animals which have become a currency for the Chinese government.

Think for yourself. Would you rather donate money to save the pandas or to save children in Africa ?