Netflix ratings: tough competition for the most popular movies and series

Home » Data & IT » Netflix ratings: tough competition for the most popular movies and series

Netflix now publishes its weekly ratings in the form of a TOP 10 of the number of hours watched worldwide. Although Netflix only publishes the total number of hours watched, this data is still rich in information for those who want to understand how the ratings of the top Netflix movies and series evolve. In this article, we analyze the data of the most popular Netflix movies and series by distinguishing 4 categories:

Netflix ratings are calculated from Monday to Sunday and are released the following Tuesday. The findings below were drawn based on figures from June 28 to December 7, 2021.

Netflix: surprising statistics on the most popular movies and series

What are the most popular movies and series on Netflix?

To answer this question, we differentiate between movies and series.

In the series department, the TOP 3 are the following: 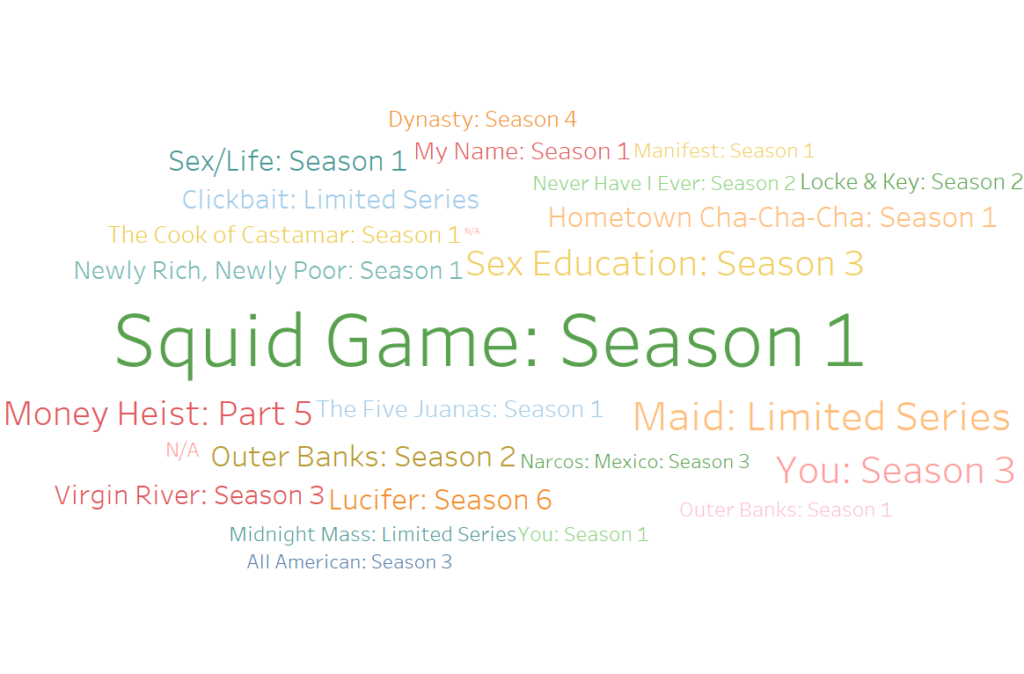 As far as films are concerned, the TOP 3 are:

These 3 films have accumulated 612 million hours of viewing. 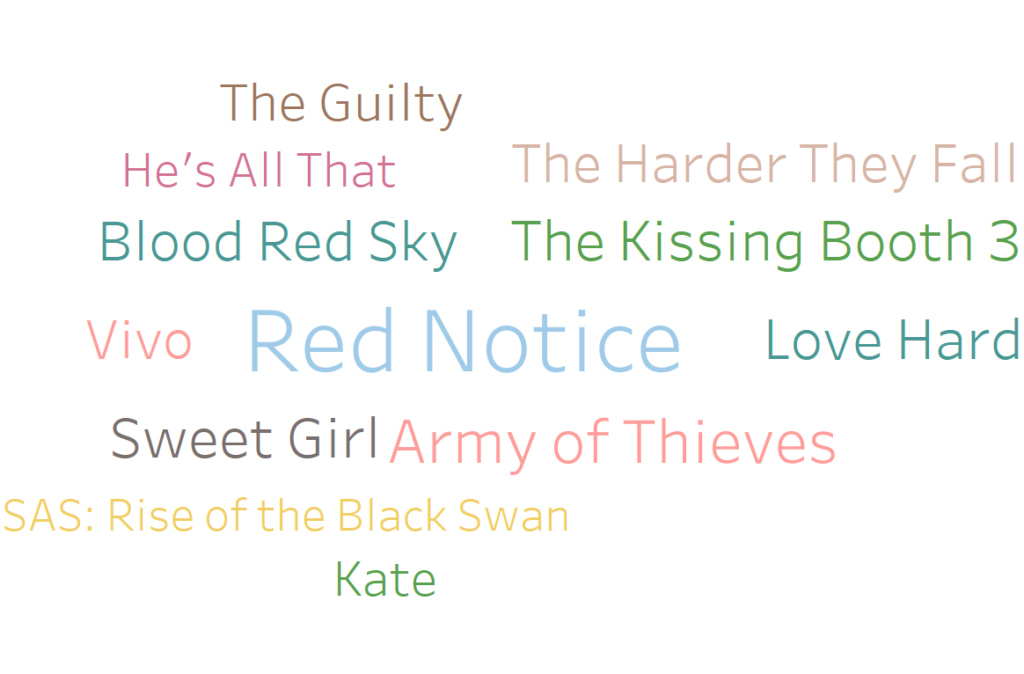 English language movies only stay in the TOP 10 for a short time and at best stay in the first place for only 2 weeks (with the notable exception of “Red Notice”). Worse, in this category, the films that have reached first place are generally replaced in this position the following week. The graph below shows a brutal fall which is the same for almost all the ranking films.

Red Notice, released in November 2021, shows a different dynamic with a cumulative viewing superior primarily to all other movies. It is also the only one to have remained in first place for 3 weeks. 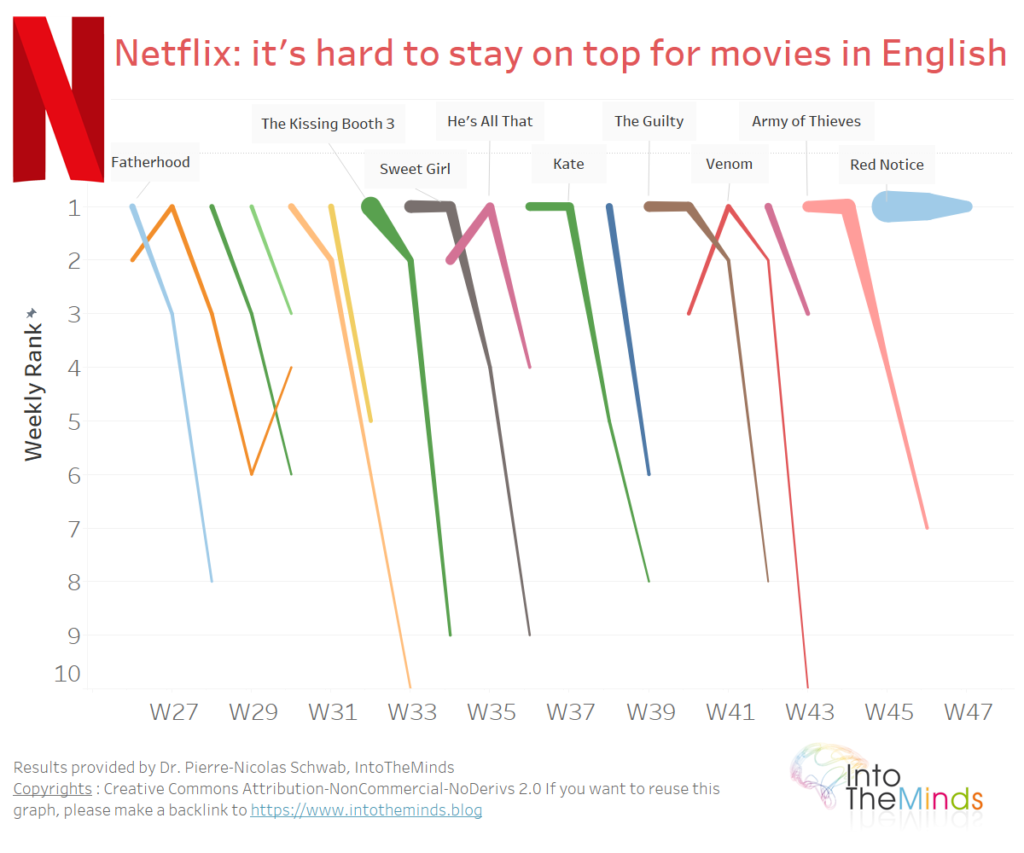 The non-English films that top the Netflix ratings share the same dynamic as those made in English. They enter the ranking directly in the first place, and their audiences decrease rapidly. However, we note that some titles “hold” longer in the TOP 10. Blood Red Sky, an action movie, stays in the ranking for 7 weeks. 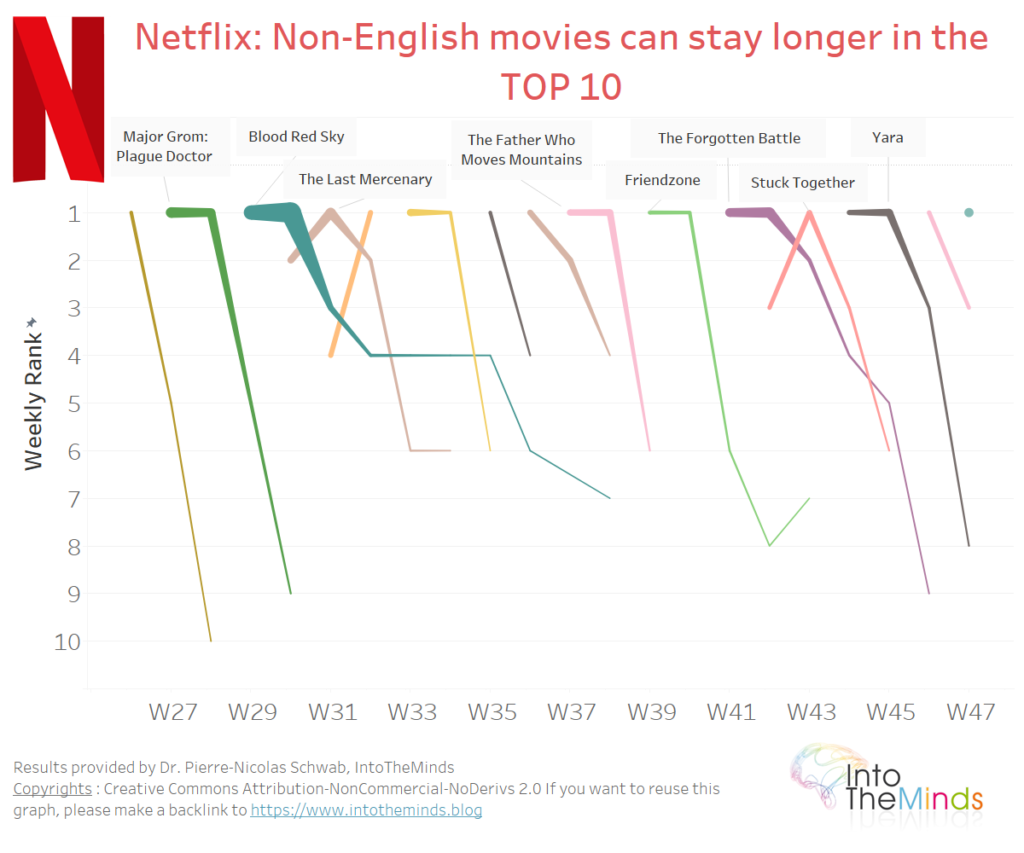 Series have a dynamic that is quite different from that of movies. This is particularly visible for the English language series that reach the top of the ranking at one time or another.
Their “lifetime” in the TOP 10 is indeed 5.6 weeks, while a series that does not reach 1st place will see its lifetime reduced by 3 weeks (2.4 weeks).

Compared to English films, we can also see that series stay in the first place longer. 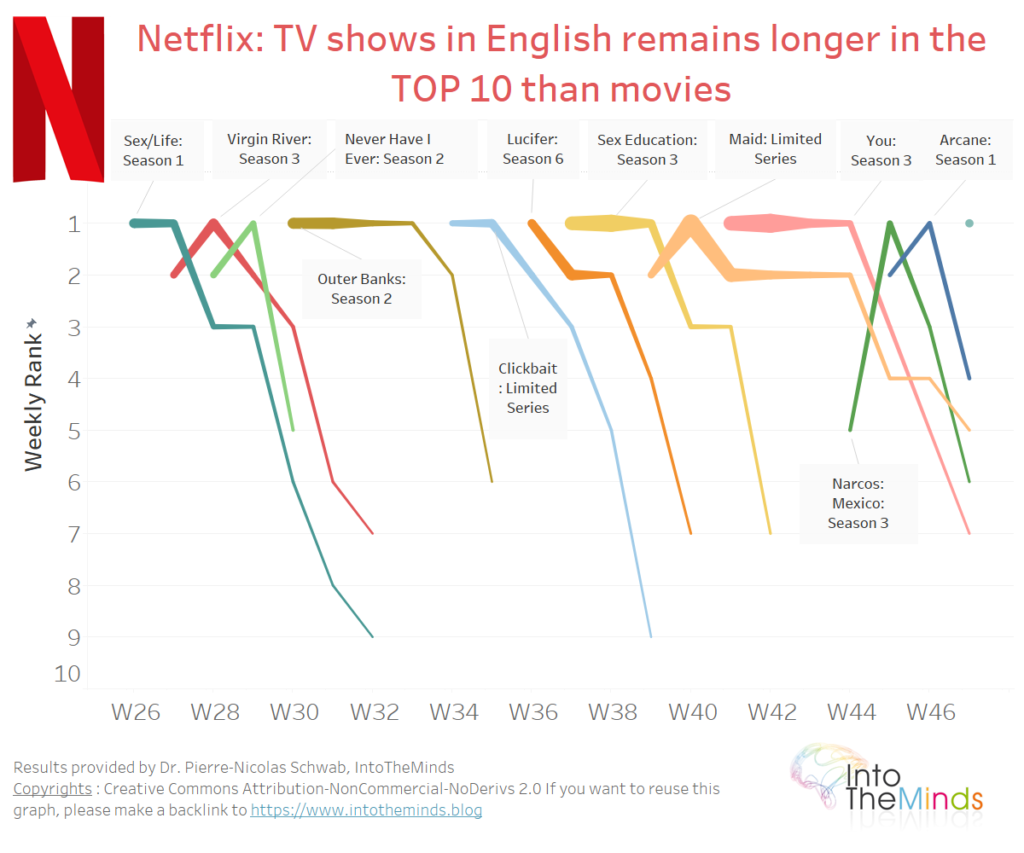 Foreign series are numerous on Netflix. In this category is the all-time champion in terms of viewing hours: Squid Game. This South Korean series has accumulated more than 2 billion viewing hours on the planet. This is 3 times more than the different seasons of its most serious competitor: Money Heist (better known in its Spanish version “La Casa De Papel”).

Squid Game directly entered the first place of the ranking and exploded in the 2nd and 3rd week, reaching respectively 448 million hours viewed in week 2 and 571 million in week 3. 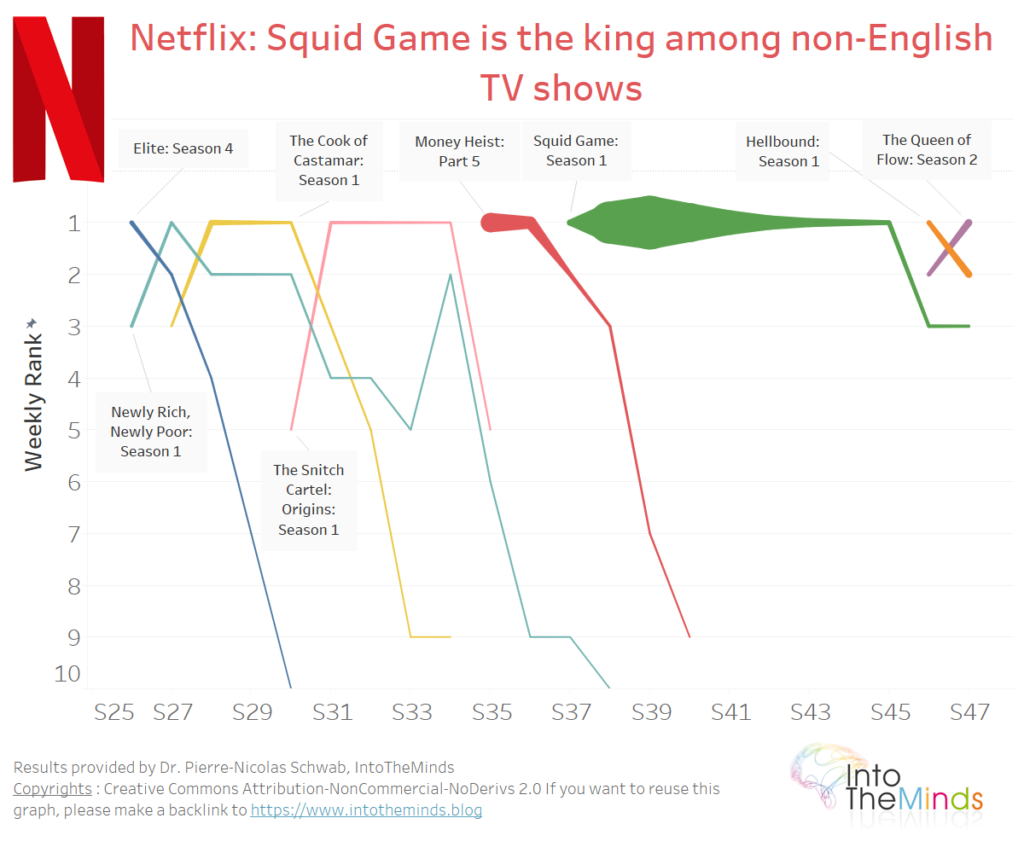