Anticipating the failure of businesses is a challenge both for entrepreneurs and for the State itself. Did you know that a bankruptcy, beyond the financial and emotional cost it represents for the entrepreneur, also represents a burden for the State? Bankruptcy is indeed a judicial process that often requires complex procedures involving multiple parties (court, trustees, creditors,…). Avoiding bankruptcies, helping companies to face their problems and recover, are objectives that are also pursued by the State, as two experts from the French administration, Adèle Lieber, Deputy Director General of the Public Finance Directorate General and Philippe Schall, Public Finance Administrator, pointed out in a recent issue. Since the arrival of artificial intelligence, new tools are now available to the administration to exploit weak signals and identify companies that need help. This is the subject of a project launched by the Ministry of Finance in France.

For all intents and purposes, we also remind you that it is better to avoid problems before starting your business (that is to say, through market research) than to have to solve them afterwards. To paraphrase the slogan of the Belgian lawyers (“a lawyer is someone you have to see before to avoid trouble after”), one could say that market research is an “exercise you have to do before starting your business to avoid trouble after”.

The French administration has, therefore, embarked on the creation of a pilot project to use the multiple pieces of information provided by and about companies by the various government services (tax, urssaf, customs, and so on) to model the company’s health status and better predict the difficulties it could encounter. This project, launched in 9 pilot departments throughout France (Côte-d’Or, Finistère, Seine-et-Marne, Tarn,…), relies on artificial intelligence to exploit these massive amounts of data and to enable their interpretation. 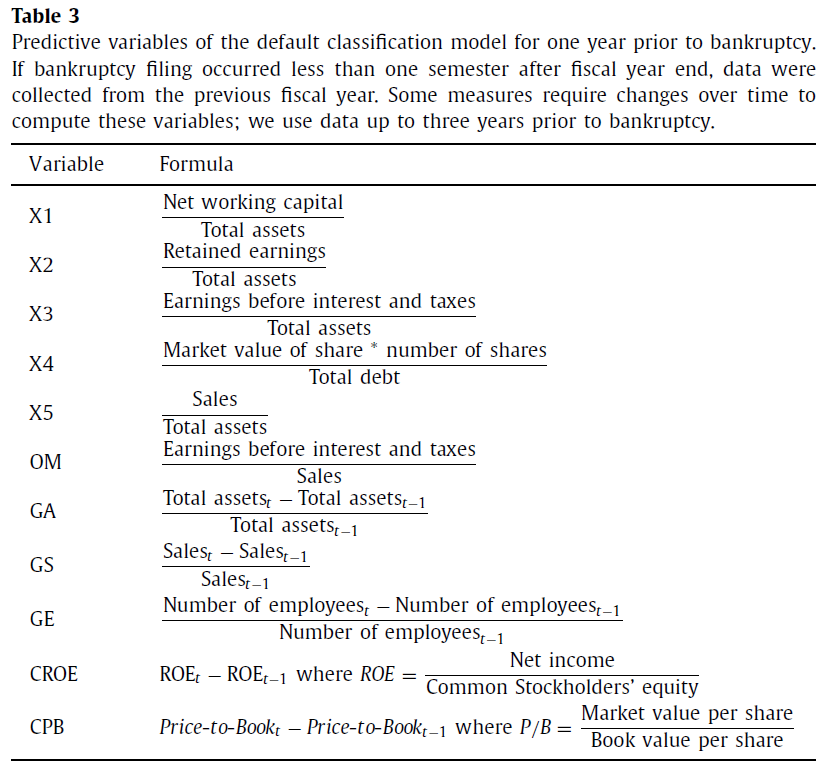 Machine learning and deep learning improve the prediction of bankruptcies

The subject of bankruptcy prediction is not new, nor is the use of artificial intelligence for this purpose. The original work carried out by Altman in 1968 very early on, made it possible to define variables that reveal a company’s state of health and thus anticipate changes in its situation. Since 1968, the computer revolution has been going through this and techniques have evolved considerably since then. For example, readers with the most technical background may be interested in the work of Barboza et al. (2017), which has shown the superiority of specific techniques for predicting bankruptcy. The machine learning algorithms used in this study (bagging, random forest, boosting) were found to be on average 10% more accurate than more traditional logistic regression techniques in predicting bankruptcy 12 months before it occurred. Barboza and his colleagues used a series of 11 financial indicators applied to a dataset of 13,000 companies for their prediction exercise. 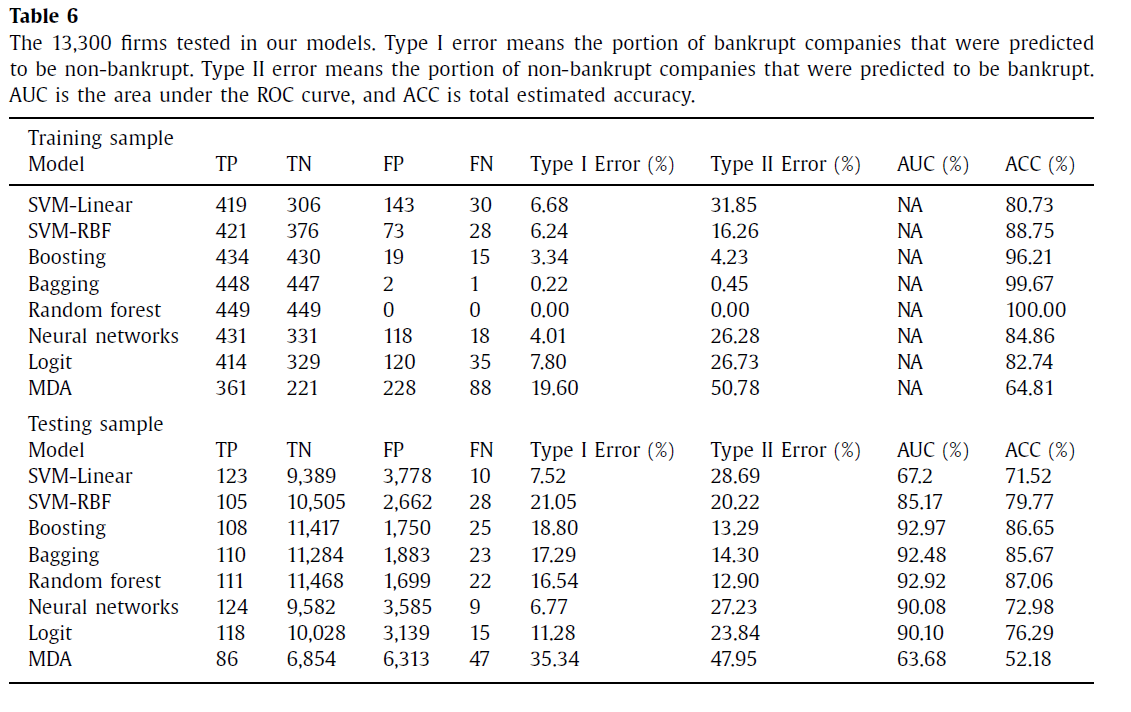