Luxury watches for men: analysis of a market in full swing

Home » Marketing » Luxury watches for men: analysis of a market in full swing

In times of war, only two things retain their value: a Rolex and gold. This famous adage has been illustrated in recent months by the explosion in the price of luxury watches for men. It’s pretty simple: there is nothing left to sell for some brands. For example, at Patek Philippe, Rolex, and Audemars Piguet, there are no more products available, and the waiting period is up to 10 years for some models. As a result, the market for second-hand luxury watches has gone up in flames, and some models are trading at 10 times the list price. A speculative bubble has formed on some models, and even empty cases are reaching highs. In this article, we analyze the (relatively) recent explosion of the second-hand watch market and try to predict its short and medium-term evolution.

Shortage of luxury watches for men

Who would have thought two years ago that the market would go crazy and that luxury watchmakers would have to refuse customers? Because that’s the situation. Rolex is not taking any more orders, Patek Philippe has no watches in stock, and some models’ waiting list exceeds 10 years. Has the market gone crazy? Some of the current Patek Philippe models are in such demand that they are more expensive on the secondary market (the “grey market,” as it is called) than at authorized dealers.

Everyone has been saying for months that this is a speculative bubble. To find out for sure, we analyzed the selling prices of 141 watch models. The results, never before seen, show a much more contrasted reality. If you want to know more about Patek Philippe, the pinnacle of luxury watches, watch the short video below.

The first lesson of this research is that the prices of some luxury watch brands are only going up. If we exclude some speculative models, Rolex has risen 147% in 10 years, Audemars Piguet 119%, and Patek Philippe 126%.

These dizzying growths are represented on the graph below. The curves for each brand are the average growth rate calculated on 89 models:

The reference year is 2012. To reflect the true growth potential of each brand, we have excluded the most speculative models, which we will discuss in the following paragraphs.

We note an inflection towards December 2020 for the 3 brands studied. This inflection of average prices is particularly visible for Patek Philippe and Audemars Piguet, whose ratings had increased reasonably linearly (or even decreased) between 2014 and 2020.

The results are a little different when you take into account the most speculative models of the 3 brands:

These models boost the trends observed previously. Audemars Piguet in particular is taking full advantage of the explosion in the value of its blue 39mm Royal Oak model.

In the next paragraph, we will reveal which models are the most speculative, those that have increased in value but are also likely to fall the fastest.

Patek Philippe, Rolex, Audemars Piguet: which models are the most speculative?

To appreciate the speculation on specific models, look at the graph below. You can see that some models are “taking off” and following their growth curve.

10 models see their ratings soar by more than 100% over the 2018-2021 period. What they have in common is that they are sporty models. This craze for models with metal or rubber bracelets also benefits other brands by ricochet: Vacheron Constantin with its 222, Blancpain and its Fifty Fathoms, and the XXI of Breguet… We will also remember this crazy auction for a Patek Philippe Nautilus model Tiffany sold for $6.5m (see video above).

Alongside the best-known companies, independent watchmakers have also seen their value soar. This is the case of François-Paul Journe, whose eponymous factory (F.P. Journe) makes about 900 watches a year. The price of certain pieces has increased tenfold, a spectacular surge that raises questions among specialists. Rumor has it that The Watchbox deliberately drove up the price of watches by buying everything on the market and pushing the brand on social networks. Nearly 115 F.P. Journe watches were available on The Watchbox website at the time of writing, which is the most extensive inventory on the planet.

The second-hand market has become vital for the watch brands

What is clear is that the second-hand market has become vital for luxury watch brands. They had previously neglected it, even snubbed it. The “grey market” was not worthy of their attention, nor were the customers buying from it.

F.P. Journe, whom we mentioned above, had been a pioneer in the field. As early as 2016, he launched his heritage service. Used watches were repurchased, serviced, and then resold. A great way to control who these exceptional pieces were sold to and thus expand the customer portfolio.

It is a fact today that the clientele of these watch manufacturers is changing. A rejuvenation, in every sense of the word, is underway. On the one hand, a resurrection of the clientele with crypto-millionaires barely out of their teens but eager to show off their fortune. On the other hand, a rejuvenation of sales methods and watch marketing. The century-old Swiss companies are seeing their strategies overturned by social networks, where unboxing videos and, since 2020, successful series on grey market merchants abound.

The backlash is brutal.

How will the luxury watch market evolve in the medium term?

The Covid crisis marked the beginning of the price boom. This upward movement started as early as August 2020, that is to say, well before galloping inflation took root. We can speculate about this frenzy, but fear was undoubtedly a powerful driver. After the stupefaction of the first few weeks, the fear of an economic collapse pushed some defensive stocks to new heights. Gold, a safe-haven asset by nature, exceeded $2,000 per ounce in August 2020.

This anxious climate, this fear of losing everything, will undoubtedly have pushed some to invest in tangible assets. Luxury watches for men are one of them.

Since 2021 we have entered another phase, an inflationary one. It is pushing watchmakers to increase their sales prices. Breguet has increased its prices by 3%, as has Patek Philippe. Inflation is gradually eroding purchasing power, and some people are undoubtedly tempted to buy today the watches they will no longer be able to afford tomorrow. Inflation will add to the organic growth of the price of luxury watches and make them even more elitist. 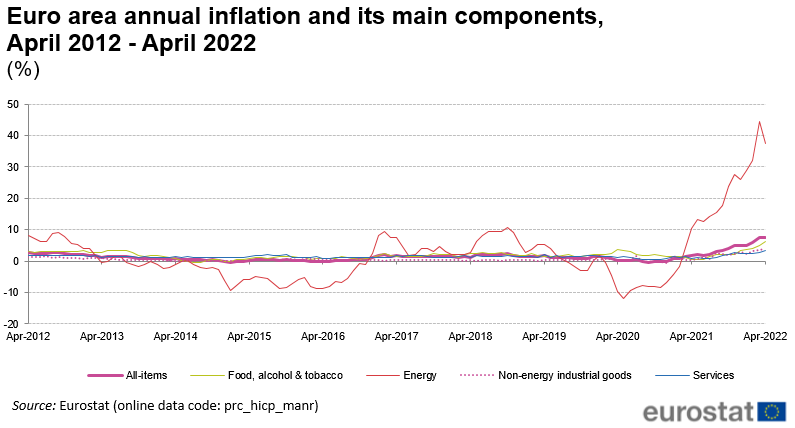 Watchmaking is no longer a hobby for enthusiasts. It is now a market where marketing and speculation have taken over. We can see the emergence of financial products around luxury watches, which propose, for example, buying shares of watches.

Does this mean that it is a speculative bubble? For some models (see list above), indeed. For the others, not at all. If the bubble were to burst, the direct effects would only affect the Nautilus, Aquanaut, and other Royal Oak models. The other models would only suffer an indirect correction.

If you have money to invest, focus on models that have not been affected by the speculative madness, especially the neo-vintage models (1990s). They are still too new to interest vintage collectors and too old for new collectors still looking for their mark among modern watches.