No crisis for the luxury car market

Home » Marketing » No crisis for the luxury car market

The impending crisis will not affect all sectors in the same way. In particular, the luxury sector may come out on top. At least, that is what the economic indicators for the luxury car industry suggest. While the major automotive groups have taken advantage of the component crisis to move upmarket and increase their margins, it is in the ultra-luxury sector that the progress is most spectacular. The annual progression of cars costing more than 500,000€ has reached 14%.

Luxury: the last sector to resist?

Luxury companies seem to get through crises without problems. The evolution of LVMH’s valuation over the last 20 years illustrates this resilience. After each crisis (2008, Covid), the valuation sinks but recovers quickly: in 18 months after the 2008 crisis, in 11 months after the Covid crisis.

The rich have never been so numerous, and their number is expected to increase further. The number of households with more than $30 million is expected to double by 2025: 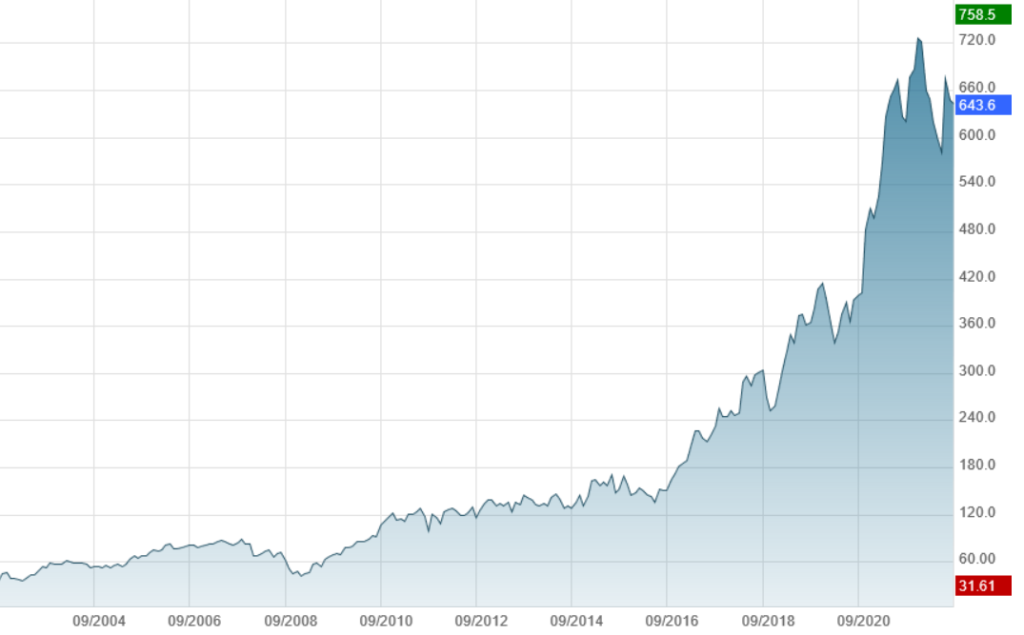 The valuation of the LVMH share reflects the strength of the luxury goods market over the past 20 years. It also illustrates the sector’s resilience after the crises of 2008 and 2020.

The lowering of the interest rates and the creation of money in 2020-2021 have contributed greatly to the creation of wealth … for a very small fringe of society. Despite a decline in some overly speculative models, the luxury watch market remains extremely strong. 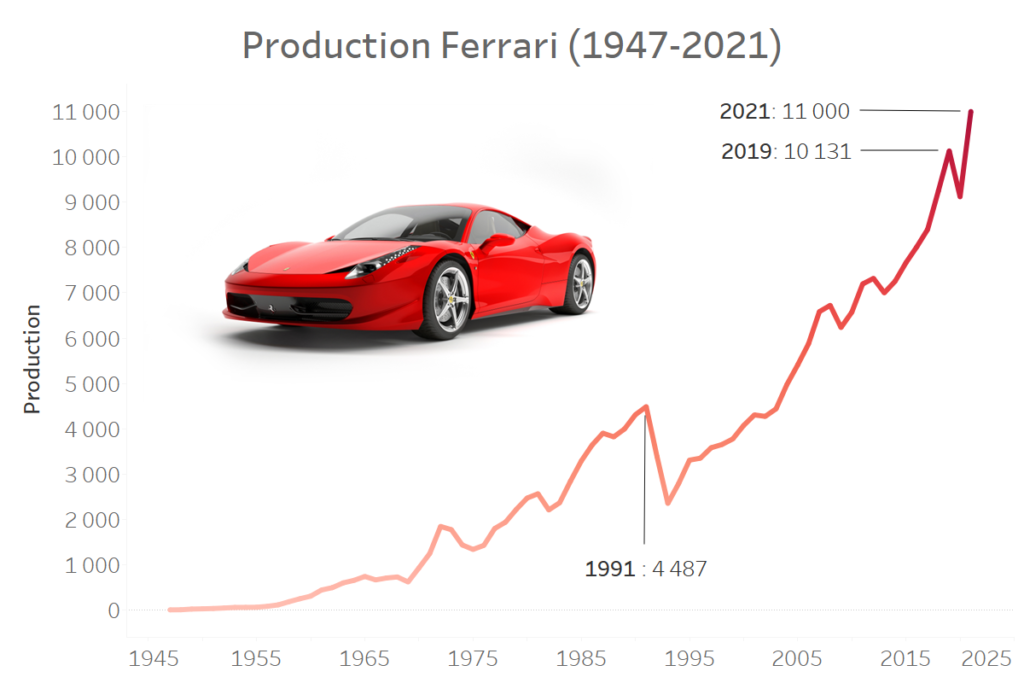 Luxury cars represent a market whose epicenter is increasingly moving from North America to Asia. Indeed, it is in Asia, particularly China, that the number of ultra-rich (over 30 million dollars in assets) is growing the fastest. These newly rich people are eager for external signs of success, which they find in ostentatious purchases. Manufacturers have understood this and have adapted their ranges to meet this demand.

The SUV: a must in the range

Luxury car manufacturers first gave in to the SUV craze. The luxury SUV is a German invention (Porsche) that Ferrari resisted for almost 20 years. With the announcement of the Purosangue, the circle is complete. Every major luxury car manufacturer now proposes an SUV model: Urus for Lamborghini, Cullinan for Rolls-Royce, Bentaya for Bentley, Macan and Cayenne for Porsche, DBX for Aston Martin. 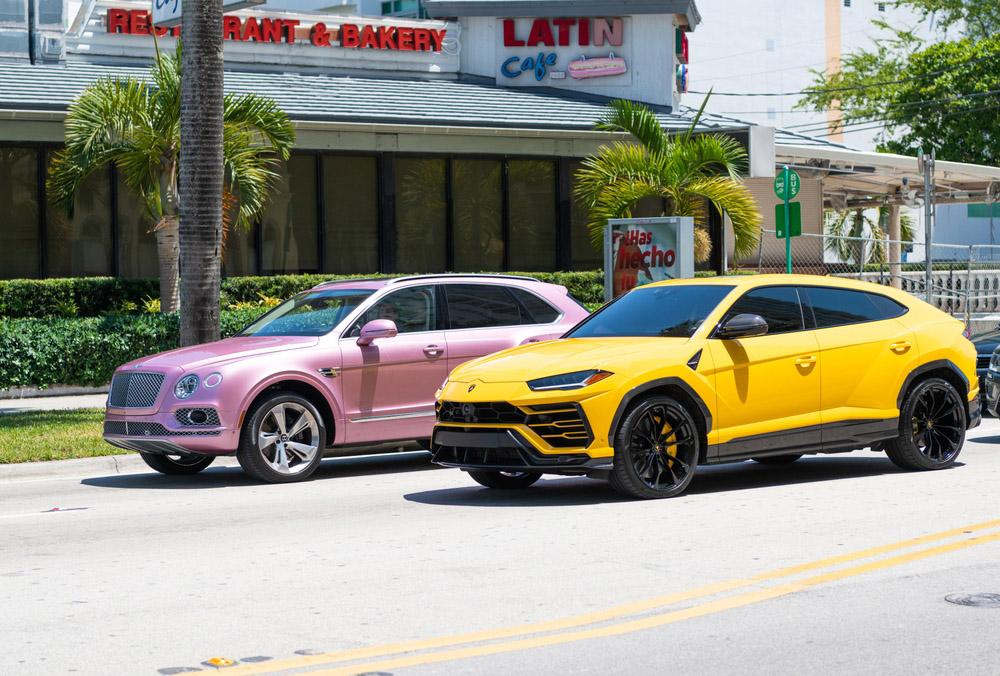 Two luxury SUV’s: the Bentley Bentaya and the Lamborghini Urus.

The evolution of the Ferrari lineup reflects the demand for more and more models. In addition to the arrival of an SUV, it is remarkable to note the increase in the number of different models. No less than 10 standard and 5 special models are proposed.

The marketing strategy is therefore based on an expansion of the range, and in particular on the production of ultra-exclusive models. In addition to the special versions, the manufacturers no longer hesitate to launch specific models that are completely separate, such as the Ferrari SP1 and SP2.

Market research: the higher the price, the more cars are sold

The statistics on the automotive market are clear: growth is mainly in the high-end segments. The more expensive the models, the stronger the growth. The latest market research shows growth rates that are nothing short of spectacular.

The segment of cars costing more than €500,000 is reserved for a few very specific models: “one-offs” and special versions at Ferrari (SP1, SP2, 812 Competizione) and Lamborghini (Countach). However, for some small manufacturers, the entry price is well above 500,000€. Pagani, Koenigsegg, Bugatti or Rimac come to mind. In the end, this is the segment for tailor-made cars and very limited editions.

Why the luxury car market is defying the crisis

The strength of the luxury car market is due to several factors.

On the one hand, there is an increase in the number of rich and very rich people. The growth of the Asian continent is accompanied by the enrichment of a “small” number of people who seek to assert their new social status.

On the other hand, the end of the Covid crisis has released savings (and consumption desires) that have allowed a consumption boom in 2021. Luxury cars have also benefited.