Social marketing aims to use marketing techniques to promote social or public interest causes. We have given several illustrations in our reference article on the subject. To illustrate the idea of social marketing, we analyze in this article the case of food waste following the 4Ps method (marketing mix). This case study will allow us to understand how consumers are encouraged to act against food waste, an issue that we can sometimes consider to be nudge marketing.

A reminder about Social Marketing

Social marketing” is a term coined in 1971 by Philip Kotler and Gerald Zaltman. In their article, they conceptualized social marketing to promote causes that serve the general interest. It is, therefore, a question of putting the tools of marketing at the service of good causes.

To analyze food waste, we will use the marketing mix and, more precisely, the 4Ps. This is how Kotler and Zaltman proposed to analyze social marketing actions at the time. The 4Ps represent a model that significantly simplifies the reading of marketing actions. They make it possible to describe the steps to move from strategic marketing to operational marketing. We can debate the relevance of the model today, but we will put this debate aside for this exercise.

The “product” whose idea must be sold through social marketing actions is food waste. The figures are instructive. FAO research reveals that consumers waste between 80 and 110 kg of food in industrialized countries per year. This represents 1.5 to 2kg per week per person.

In a world where some people struggle to survive, where the earth’s production capacities are pushed to the limits and exhausted, fighting against food waste is a crucial issue.

In this part of the marketing mix, we will explain how the cause is promoted and the different communication channels.

The European Union has launched its Green Act, which aims to reduce food waste by reducing intermediaries (the “farm to fork” principle). The UNEP (United Nations Environment Programme) is a spearhead of anti-waste communication. It provides communication kits and objectifies the weight of food waste thanks to clear and factual statistics. Its annual report is a model of its kind. 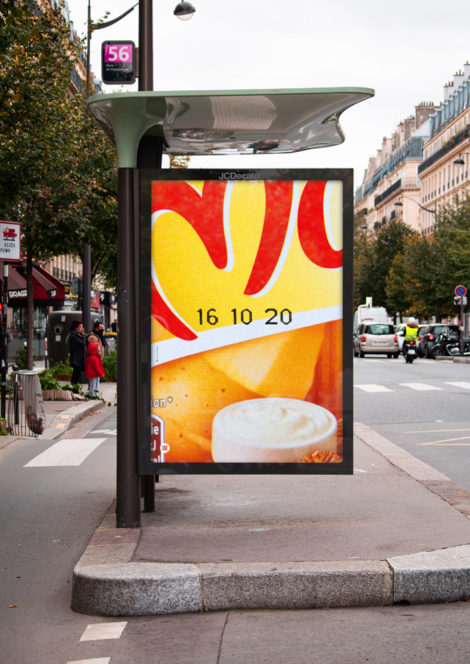 This poster campaign was financed by the 51 signatories of the Pact on Consumer Dates. It will be launched in France on the day against food waste (October 16). It aimed to raise public awareness of expiration dates.
Credits: courtesy of The Good Company

Too Good To Go is another prominent actor in the fight against food waste. Its efforts in terms of communication are essential, and the association tries to rally the industrialists and actors of the large-scale distribution to its cause. It has thus made 51 actors of the food industry and the distribution adhere to its Pact on the Dates of Consumption. The objective was to rethink the use-by dates responsible, according to sources, for 10 to 20% of food waste. 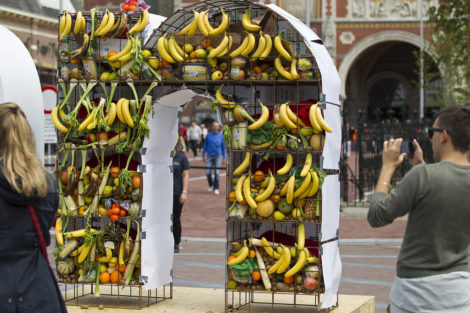 The Damn Food Waste operation against food waste was notably conducted in front of the Rijksmuseum in Amsterdam.
Photo credits: webted via Flickr

Local initiatives are also emerging, such as “Damn Food Waste” (Amsterdam). Street marketing operations can then be organized to reach out to the population and initiate dialogue and a more personalized awareness.

As we can see, the “promotion” factor can take several forms depending on the communication level. We can distinguish between international initiatives, those on a national scale, and those aiming to reach a more local audience. Depending on the level, different means may be used.

From a social marketing perspective, the P in “Place” takes on a special meaning. As we explained in our guide, it is about making the worthy cause actionable. It must not remain a theoretical concept in the minds of consumers, but they must be able to appropriate it and take action. We then talk about consumers as actors.

In terms of food waste, there are many initiatives.

Too Good To Go

Too Good To Go is a movement against basic waste whose initiatives help change behaviors. Its mobile application allows everyone to order “baskets” made up of unsold items in participating stores nearby. 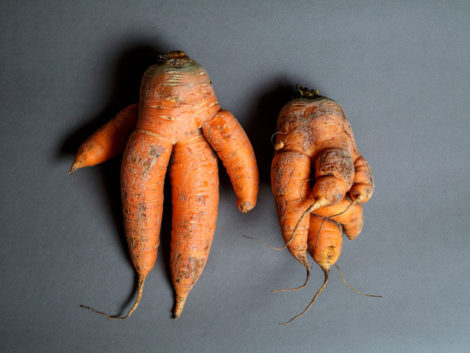 While the end consumer wastes food, we must not forget that the food industry bears an even greater responsibility. Many ingredients never reach the supermarket shelves because they don’t meet the “specifications,” that is to say, the standards that distributors impose on producers. In response, movements are being created to highlight ugly vegetables and propose them to consumers. In this way, everyone can reduce food waste by showing the food industry that “ugly” vegetables have their place on our plates.

One of the obvious sources of waste is buying too much. Self-service has thus developed very well in recent years (see our research on the subject).

Valuation of damaged fruit and vegetables

Channels have been developed to add value to fruits and vegetables that distributors do not want. At SIAL 2018, for example, Re-Belle presented jams made with damaged fruit. If the use of such fruits is not a novelty, what was interesting, on the other hand, is to see that this reuse was put forward in the marketing of the jam.

Revaluation of unsold bread in supermarkets

Bread sold in supermarkets is a significant source of food waste. The Beer Project (Belgium) launched a beer in 2015 called “Babylon” that was brewed by reusing unsold bread from Delhaize supermarkets. This recipe has been emulated as the organic and local beer brand CocoMiette has been inspired by it (listen to the CocoMiette creator’s podcast here). 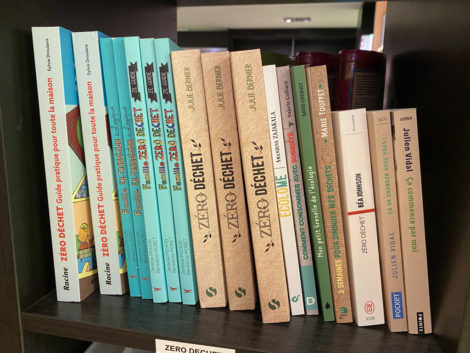 New literature is developing around zero waste which also affects the kitchen. Books on “cooking with leftovers” multiply and remind us that it was normal not to waste when overabundance was not the norm.

In this section, we will analyze the financial implications of social marketing applied to food waste.

First, it goes without saying that food waste has a cost for the consumer and all intermediaries in the value chain. Reducing food waste is about saving money and lowering product prices.

The final consumer’s actions to limit his food waste will, therefore, reduce the part of his budget dedicated to food.

Too Good To Go offers a simple way to optimize its budget by buying unsold products via its application.

At the supermarkets’ level, elaborate systems exist to encourage the consumer to consume products close to their expiration date. Discounts are given to customers who buy this type of product. In the Netherlands, the supermarket chain Albert Heijn goes further by automating this price reduction mechanism. This is called “Dynamic Markdown.” 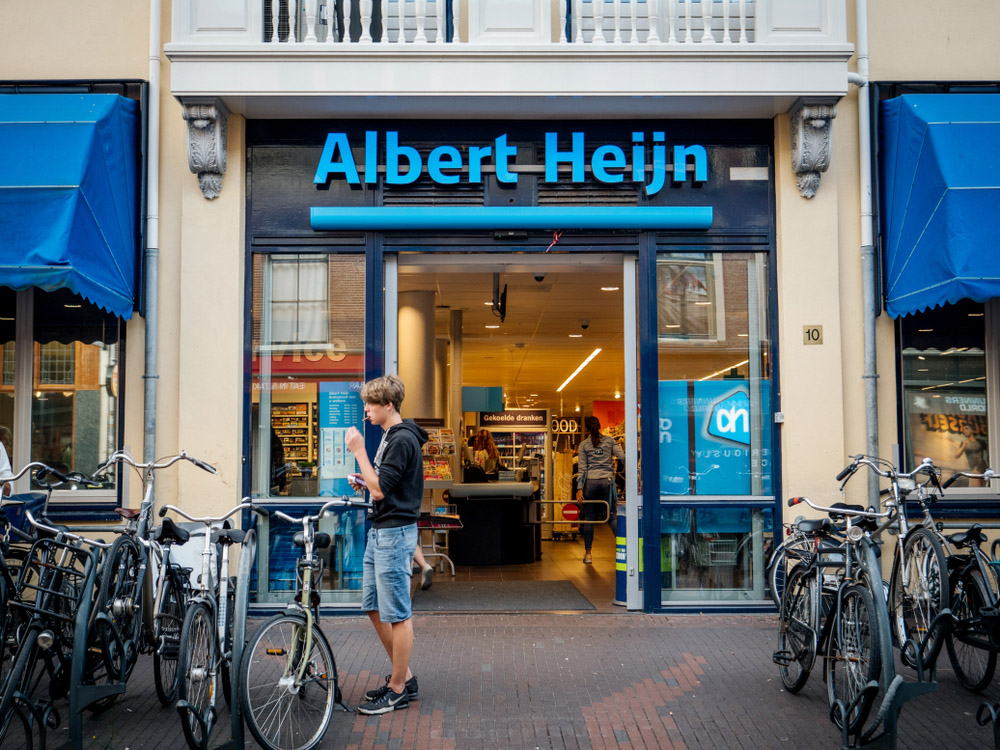 Since 2020 Albert Heijn has been testing a “dynamic markdown” system in its stores in the Netherlands. The dynamic markdown allows lowering prices dynamically depending on the stock and the expiration date of the products. The stores send their stock levels the day before or the morning after, and an algorithm calculates the prices after reductions.  Currently, the system is limited to red meat and poultry. According to the stock, the algorithm communicates the optimal discount to the store, which is equipped with an electronic label system. During the day, the realized sales are communicated to the algorithm, which keeps track of the stock variations and can recalculate the ideal discount. This mechanism continues until the stock is at zero. When the store closes, the remaining products are removed from the shelves.