This Heineken pop-up store is hidden in a fake supermarket

The Heineken pop-up store created the event by proposing a concept never seen before. It took the form of a fake supermarket behind which was hidden a bar. Located at 43 rue Notre Dame de Nazareth in Paris, this supermarket will have been very temporary since it remained open for only one week at the beginning of May 2022.

This pop-up store was part of the communication strategy around a new product: Heineken Silver. As in the other example we analyzed, the pop-up store is an integral part of the brand’s marketing mix. 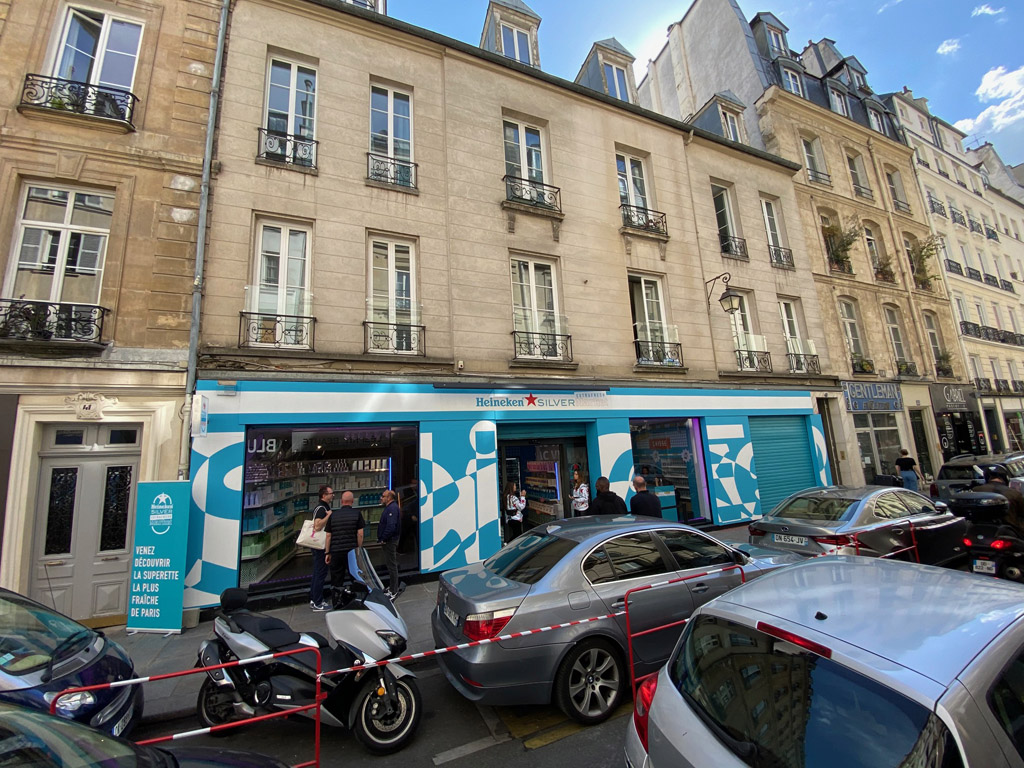 A pop-up store is hidden in a fake supermarket

The shimmering colors on the street front were an unmistakable eye-catcher. Inside, a fake supermarket had been reconstituted. Counterfeit products were displayed, but also some snacks (real ones) that revealed the other side of the story. Derivative products with the brand’s effigy were also available. 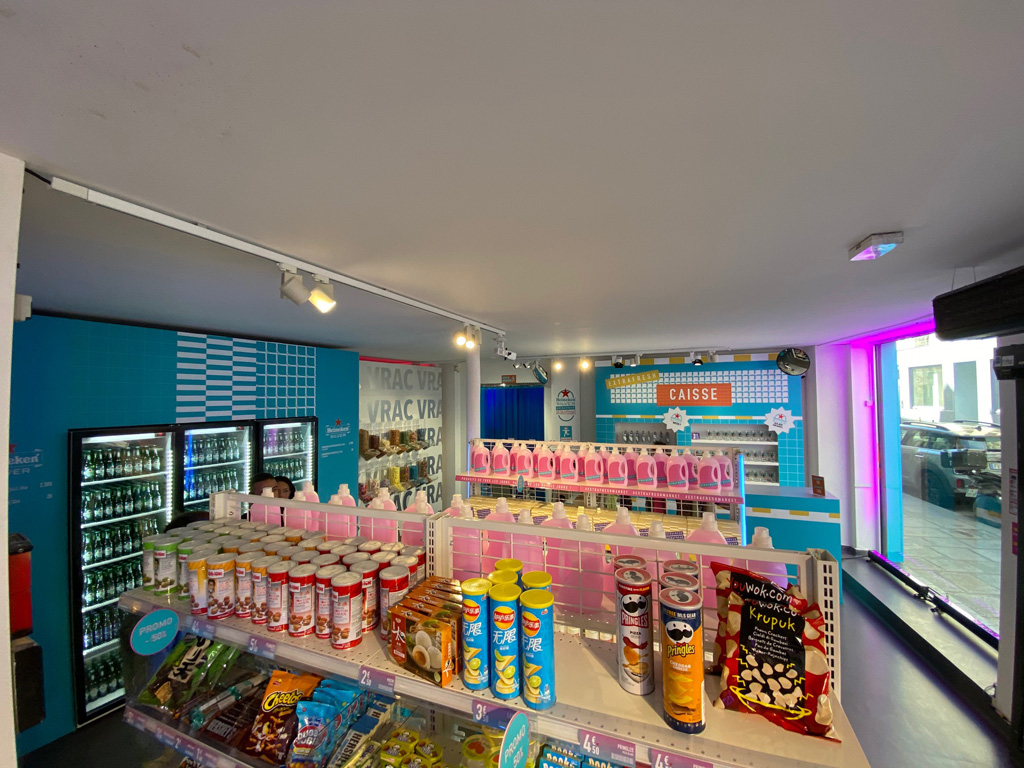 A cash register (a real one) allowed you to pay for your small purchases. But a question remains … where is this famous hidden bar? 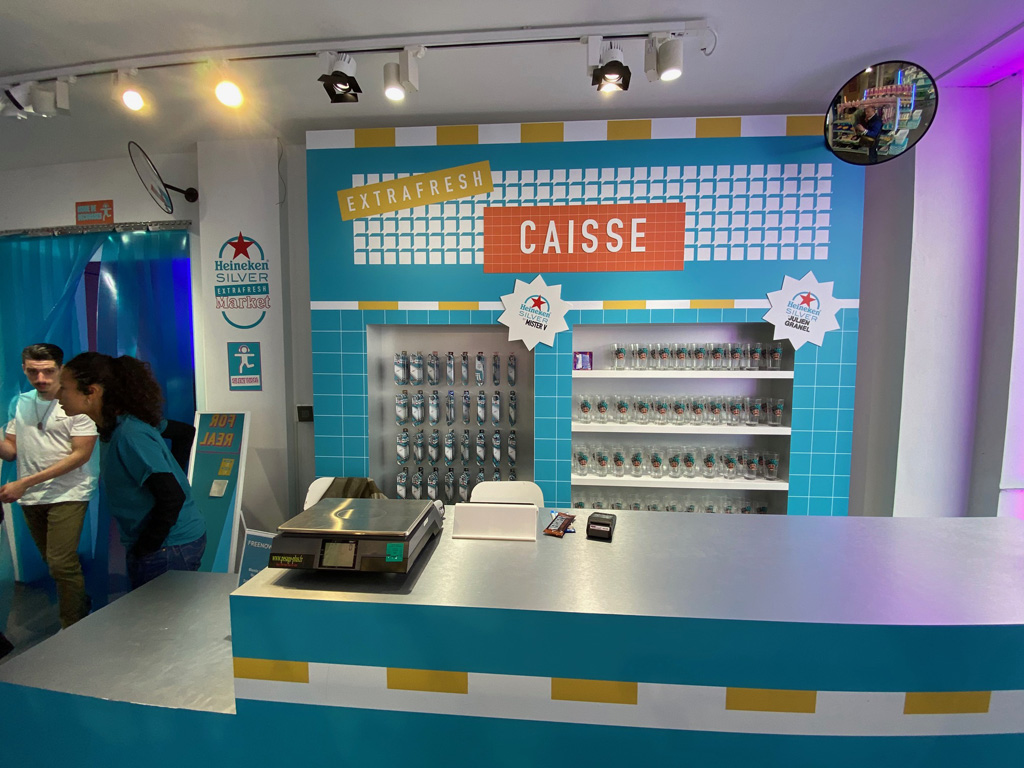 A secret bar for the launch of Heineken Silver

A small passage led the visitor to a hidden bar at the back of the store. The “icy” atmosphere (according to the press release) was just like Heineken’s new beer: Silver, extra refreshing, and therefore perfect for the hot days that await us this summer. Blue dimmed atmosphere, DJ, … the place is festive and still a little animated when we went there at the opening. 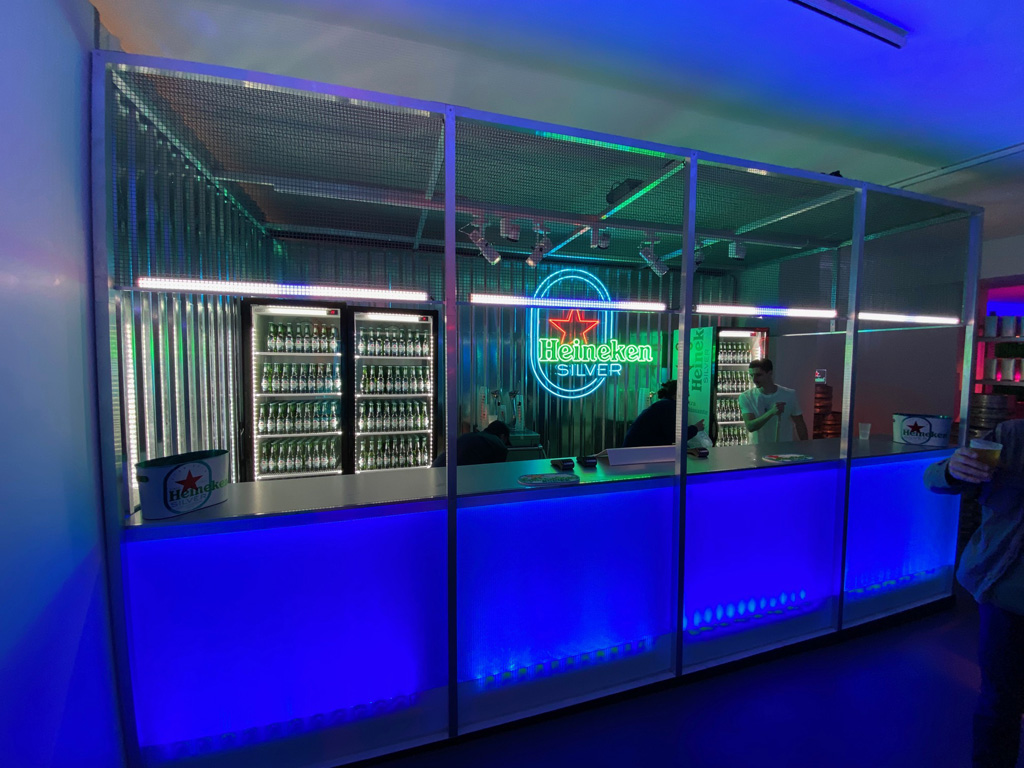 The Heineken Silver bar was hidden at the back of the fake supermarket.

The bar was accessible to people who had reserved their entrance on the Internet, and drinks were charged—an excellent way to avoid the excesses of over-enthusiastic consumers.

We can remember several things about this pop-up store.

Originality of the concept 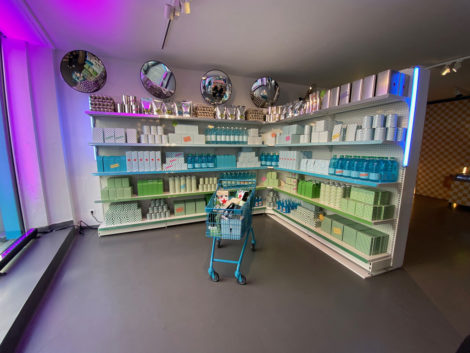 The first one is, of course, originality. Most of the pop-up stores remain pretty classic in their concept. Few are those who dare to create a differentiating design. Then those who create from scratch an original concept are even rarer. We remember Sony’s underwater pop-up store, the experience proposed by The North face in South Korea, or Pantone’s pop-up store in 2014 in Paris, whose design was very original. But this is the first time a fake supermarket was recreated to house a hidden bar. 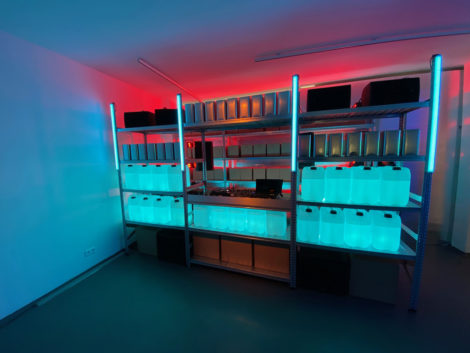 You had to show proof of your identity to enter the hidden Heineken Silver bar, where a DJ greeted the visitors.

The other interesting point of this pop-up store concerns access. As this is an alcoholic drink, access must be reserved for adults. Heineken could have been satisfied with a control at the entrance but imposed a prior (online) reservation. This is smart because it increases desirability. Moreover, it provides data on the visitors, and the scan of the invitation at the entrance makes it possible to verify who came. All these information elements are precious in a strategy of market share conquest.13