Amazon is seeking to transform the competitive landscape in logistics

As early as 2014, we announced that Amazon would become a competitor to traditional delivery companies such as DHL and FedEx. The last five years have proven us right.

After launching its network of automatic lockers, Amazon is putting additional pressure on its suppliers by encouraging its employees to become competitors of DHL, FedEx and other UPS through its “Delivery Service Partner” program. Amazon offers a bonus of €10,000 to its employees, three months’ salary and a guarantee of orders to all employees who leave the company to start a delivery company. In today’s article, we propose to analyse this announcement in light of Porter’s 5 Forces framework, a handy competitive analysis method. 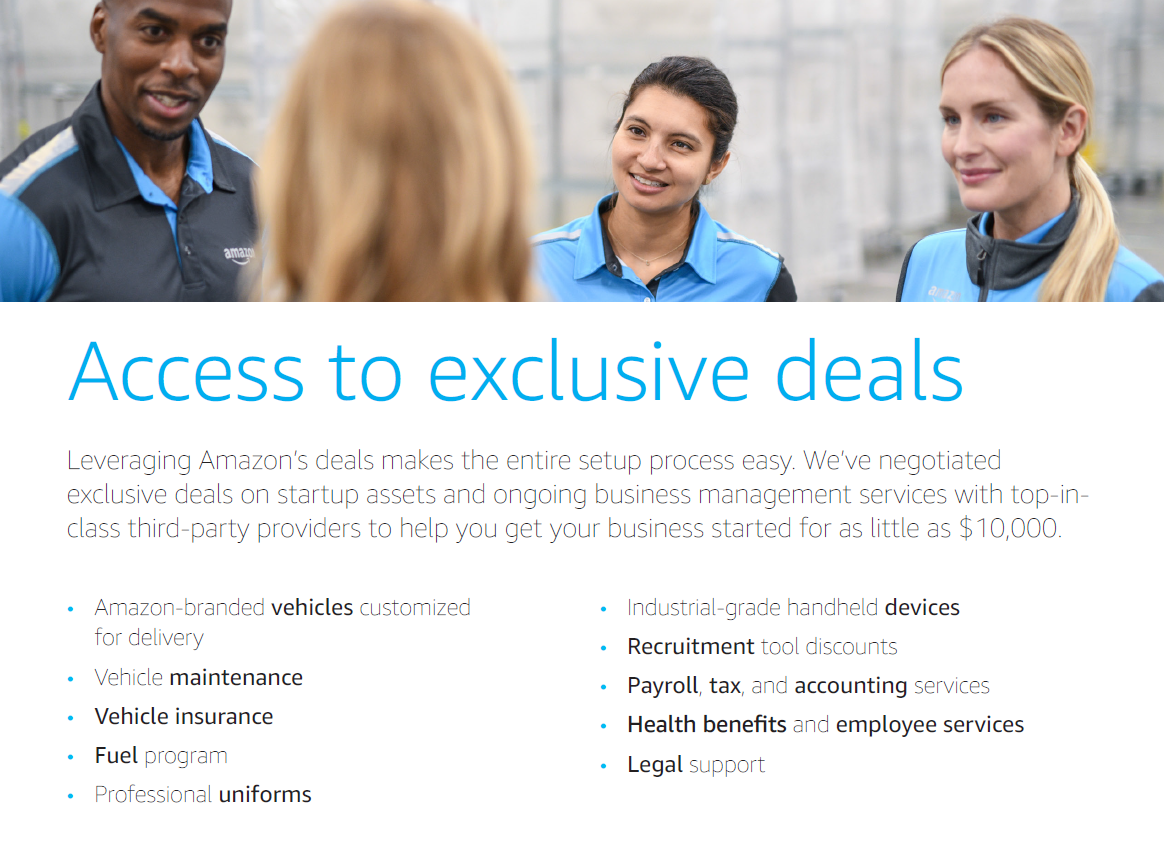 The 5 Forces Canvas, invented by Michael Porter, is an efficient tool for studying the competitive dynamics of a market. For an in-depth discussion, we would like you to refer to the “competition analysis” section of our online market research guide. For those of you in a hurry, we have put below some slides from our market research course available on slide-share.

Analysis of the competition

Let us, therefore, proceed systematically by analysing the effect of the Amazon announcement.

The threat of new entrants

Amazon’s hegemonic position in e-commerce ensures that it does not fear the threat of new entrants. Amazon may not have a leading place in all countries, but we are talking about new entrants, and they are therefore not dangerous.

The threat of substitutes

If there are many substitutes (local shops, other e-commerce sites), Amazon’s dominant position is very comfortable. In France, 1 in 5 online purchases goes through Amazon, which is far ahead of all its competitors. However, it should be remembered that the share of e-commerce remains a minority in the total turnover of retail trade. Thus, in France, in 2018, e-commerce accounted for less than 10% of total retail trade.

Competition in the sector

The intensity of rivalry in e-commerce is undoubtedly important, but Amazon’s very dominant position must be taken into account. In France, Amazon has 2.5 times more of the market share than its nearest competitor (CDiscount).

It is clearly at the level of the negotiating power of customers on the one hand and its counterpart suppliers on the other that Amazon wants to act. We therefore deliberately deal with the bargaining power of suppliers and the bargaining power of customers at the same time (whereas usually they should be dealt with separately).
The e-commerce market (at least on the scale of Amazon and its direct competitors) clearly cannot be described as an oligopsony (a market where there are few demanders and many suppliers). And that is the crux of the problem and the core of Amazon’s strategy.
At the level of Amazon and its direct competitors, it can be estimated that a few players dominate the e-commerce market. For example, 1/3 of online purchases in France are made with three e-merchants: Amazon (20%), CDiscount (8%), VentePrivee.com (3.5%). So, faced with these companies, there are also few suppliers capable of delivering such volumes (especially with the significant time constraints that shorten delivery times). These are the national postal players (for example, Bpost has long been Amazon’s supplier for weekly deliveries and Post NL for weekend deliveries) and the trio of global delivery companies (DHL, FedEx, UPS). All these actors are in any case, very interconnected and depend on each other for one or the other type of service.
Amazon’s move is therefore aimed at creating a new type of competition to reduce the bargaining power of its suppliers and reduce the cost of its logistics (remember that Amazon’s success was built on free delivery, a revolutionary concept ten years ago. However, the cost of delivery must be paid by someone. Free delivery and returns, therefore, weigh on Amazon’s operating margin, which is determined to keep these prices under control to better dominate the competition.

Amazon’s strategy with its “Delivery Service Partner” program is clearly to reduce the bargaining power of its suppliers. Moreover, a reading of the conditions for joining its program leaves no doubt about the dependence that Amazon wants to create between its suppliers and the Seattle-based company, thus further strengthening its negotiating power as a customer. Through the many operational aids offered for vehicle leasing, uniforms, fuel, equipment, but also services. With so many deals to facilitate the start-up of the business, there is no doubt that the new entrepreneur will himself become dependent on Amazon. The bargaining power will, therefore, be reversed.