What is the marketing positionning of Blancpain (Swatch group)

Home » Marketing » What is the marketing positionning of Blancpain (Swatch group)

Blancpain is a famous watch brand owned by the Swatch group which, in my opinion, deserves attention for several reasons.

Blancpain is first of all a brand with history; not only an historical tradition of watchmaking that goes back to the 18th century, but also a more recent entrepreneurial history when the brand was revamped by the great Jean-Claude Biver. Blancpain is today the result of a subtle positioning on its 280-year history and a managerial success to relaunch a brand at a time when only the late Nicolas Hayek kept believing in the Swiss mechanical watch industry.

This being said, how does Blancpain position itself. Well, that’s a tricky question. Blancpain certainly aims at being in the top-tier of its industry and competes indeed with brands such as Breguet, Vacheron Constantin, Lange und Söhne, Jaeger Le Coultre and Patek Philippe. All those brands are more or less in the same price class (roughly starting at 5000-8000€ for an uncomplicated piece up to a million for the most extravagant pieces). This is the positioning which Blancpain wants to convey. It is therefore the firm’s intention; but what about the consumer’s perception? Well, that’s another story. 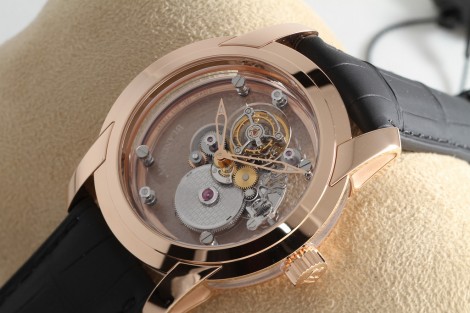 Let’s have a look at an example and let us compare two brands in the top-tier segment: Blancpain and Patek Philippe. From a technical and functional viewpoints there are few points that differentiate the two brands: the complications are pretty much the same, the two brands produce a limited number of pieces, the materials used are of the best quality and sometimes sourced from the same suppliers, the watchmakers are equally qualified and I even met former Patek’s employees at Blancpain. There is thus little doubt that the prices commanded by the products should be alike. However there are not because of the customer experience or more precisely because of the consumers’ perception. Patek is a brand which, consumers think, will retain its value better than others and therefore command higher prices. The issue of value is essential in the watch business because customers often (a minority doesn’t however) undergo a sacrifice or at least a trade-off when they choose one watch over another. The question in the consumer’s mind is therefore: “is it worth the sacrifice?” and other mechanisms such as regret and hindsight will soon come into play which will eventually influence the customer’s satisfaction.

Blancpain has however found an interesting tactics to counter this problem and my impression is that Jaeger is slowly doing the same. Instead of addressing the needs of customers who are attracted by the prestige of a brand in their quest of social recognition, Blancpain bets on technical specificities and on understatement to address the needs of connoisseurs. Blancpain has been very active the last years in innovating (just have a look at their catalogue to be convinced: it starts actually with all their innovations over the last 20 years which pretty clearly proves my point), hired talented and above all creative watchmakers like Vincent Calabrese who are likely to be able to please collectors (s see picture belowat en event organized by Hall of Time in Brussels). What happened is that Blancpain transformed itself from a perceived high-tier brand to a top-tier niche brand. In some aspects I even find it looks like independent horology (basically entrepreneurs watchmakers, previously employed by renowned manufacturers, who use their name to start their own brand). Blancpain is in my opinion a hybrid brand which, with a tiny part of its product range, tries to attract less experienced customers and with the widest range of products appeals at connoisseurs. Other brands actually do the other way around with a larger part of their product range dedicated at non-connoisseurs (Patek Philippe sells mainly its Twenty-Four model with is a quartz woman watch) and few models for connoisseurs (some specialists may say that the annual calendars are for connoisseurs but this complication was introduced on purpose to address non-connoisseurs needs at a time when Patek was less accessible). 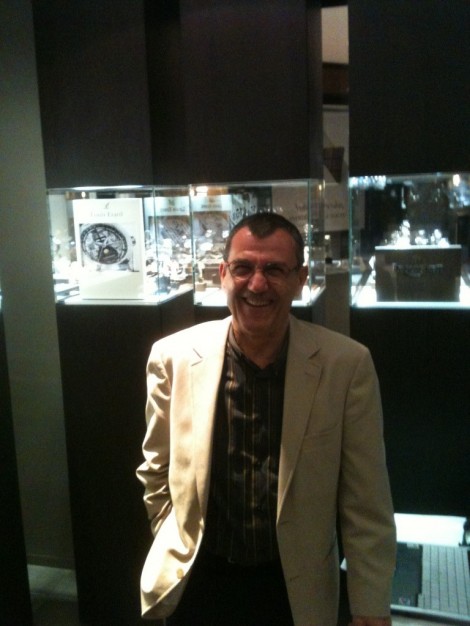